Seraja Hilbrecht, or better known as Hardstyle phenomenon Cyber has climbed to incredible heights over the past couple of years thanks to his tasteful and sophisticated approach to the genre. Hailing from Switzerland, this down-to-Earth producer has created countless memories with his loyal fans at Defqon.1, Decibel Outdoor, Tomorrowland, CRAFT, Intents Festival and many more.

With an ever-growing discography that displays an enlightening sound, Cyber has quickly built up a solid reputation within the industry as a future headliner with an extremely promising path. In the midst of his busiest summer to date, we had the opportunity to pull Seraja aside to speak about the ins and outs of breaking through, his Headhunterz-inspired melodies and some lessons learnt in the industry.

– Hey Seraja! Thanks for chatting with me today, I’m stoked to have you back on Alive At Night. How has 2016 been shaping up for you so far?
Thanks for having me! Ahh, where do I even start?! 2016 has been a huge year for me and unlike last year where I only had about ten bookings throughout the year, I now have about ten bookings per month! This has been a huge step towards developing a bigger name for myself. There’s been plenty of highlights this year; I performed in Australia for the first time and I’m also heading back there in September for Defqon.1, which I’m really looking forward to.

I also recently performed at Tomorrowland which was incredible. It’s one of the biggest festivals in the entire world and to be included on the line-up was an honour. It was also an amazing festival and to be honest I think that the Q-dance stage actually had the best vibe – everyone was partying hard and singing along which was great to see!

– This festival season has been your busiest one ever! What has it been like to constantly travel from Switzerland to The Netherlands?
Constantly travelling can be quite hectic sometimes, but it’s also exciting. From time to time it takes a toll on me, but I guess that depends on how hard I party on the weekend, haha. I’m actually planning to move to The Netherlands in the future and would love to live around Tilburg.

– In the past two years you’ve broken through immensely; for you, what was the defining point and how did it feel to get that recognition?
I feel as though the defining point was towards the end of 2015, especially when Hard News chose me as the #1 ‘artist of the year.’ For me it was a huge moment, particularly because I’d beaten Radical Redemption, who’s one of the biggest names out there. 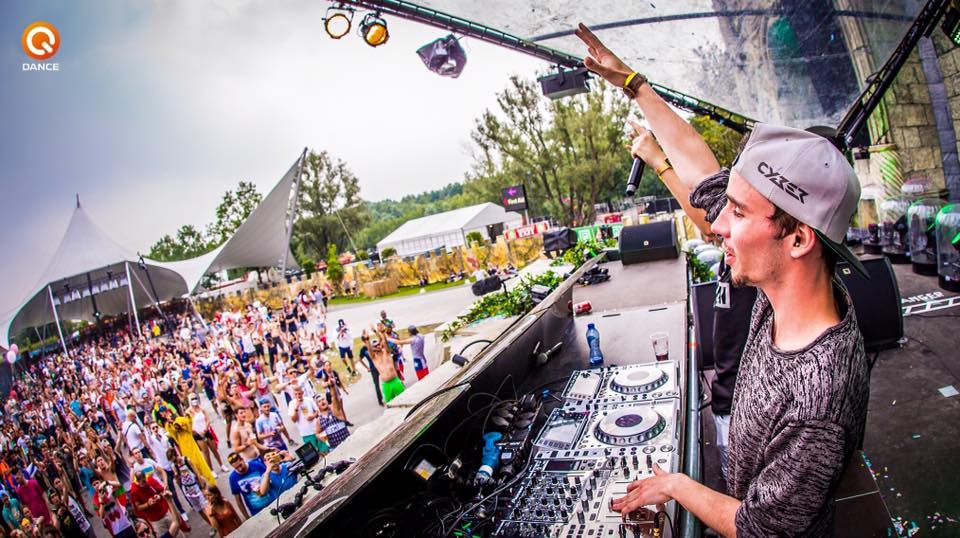 – Can you speak a little more about your breakthrough journey and about some of your biggest frustrations?
You know, breaking through can be very difficult. Personally, getting my name out there was the hardest thing to do as well as gaining support from the big names and building a loyal fan-base. I took every opportunity I got to showcase myself; I send out my tracks to every podcast, e-mailed them to colleagues and even to the DJ’s fan pages. Later when I signed with Dirty Workz everything seemed to fall into place.

I must admit that when I started out with music there was no pressure behind becoming successful or being a failure and now suddenly there’s this stress to keep delivering music.

– You were within a cohort of ‘talents,’ however you rose faster than a lot of the other guys. Why do you think this is the case?
I don’t know actually. I think a lot of people started to recognise me when they heard the ‘God’ tracks – the Headhunterz-inspired melodies were something quite rare, so I guess that generated some excitement.

Back when I began making music I didn’t really care about being unique, I was just having fun, doing what I loved doing and trying to make as many tracks as possible. It wasn’t until later on that I decided to focus solely on creating and building a signature sound.

– You just mentioned that people commend you for making music that reminds them of Headhunterz’ older work. What do you have to say about this?
Of course it’s a nice compliment to hear – I mean, it’s Headhunterz! He’s been a big inspiration for several tracks of mine, however I’m starting to move away from that and attempting to capture an authentic ‘Cyber’ feel within my music.

– What’s been the biggest lesson you’ve learnt from being in the music industry?
Don’t stress yourself out – otherwise things are going to turn to shit!

– You live in Bern, Switzerland which is quite an idyllic place. What is it like living there? Does the gorgeous nature provide you with a lot of inspiration?
Ah yeah, it’s very inspiring! When I go home I want to feel at home, not be cramped up inside of a little apartment in the middle of the city. Sometimes I’m sitting on the balcony listening to music and suddenly an idea pops up in my head. Other than that it can be a little boring at times, because there’s not much going on where I live, however it really helps me remain focussed on music.

– Your music is quite emotional – do you consider yourself to be an emotional person?
I can be. And sometimes I can be a super hardcore motherfucker, haha! All jokes aside, I think that music is all about emotions anyway, so you have to let that out.

– I know we’ve joked about this before, but a lot of your recent tracks have reference to God. Do you consider yourself a religious person? And why did you make this reference?
No I’m not religious, but I’m intrigued by the ‘ritual’ theme and wanted to use that within some of my tracks. When I found the vocals I just knew that I had to make a song out of it.

– Are there any more ‘God’ tracks coming up?
At the moment there’s not, but who knows!

– You’ve collaborated many times with your brother-from-another-mother Sylence. What sparked this initial collaboration? And are you guys currently working on anything?
It’s funny, I think that all of the songs we’ve produced together weren’t even meant to be a collab. We were just hanging around on Skype and sending each other what we were currently working on in the studio and after contributing ideas to each other’s’ work we figured it would be cool to let it all come together as a collaboration. At the moment we’re both quite busy, so there are no current Cyber and Sylence collaborations.

– A big topic in the scene lately has been House and Hardstyle blending together. What are your thoughts about this?
You know, I think it’s good. In order for Hardstyle to evolve and bring in new ideas producers and fans have to be open to different styles of music. I think it’s especially cool that House music artists have picked up on Hardstyle, because it brings a lot of attention to our scene. A lot of people are worried about the genre becoming ‘commercial,’ but what is commercial anyway? I don’t think that Hardstyle will ever become mainstream – it’s always going to sound too hard for several people, so I don’t think we ever need to worry about that.

– What are your thoughts about the extremely fast-pace of artists releasing music in Hardstyle? Does this put a lot of pressure on you and your creative flow?
The fast pace can put a lot of pressure on you, but as I said before, it’s important to not stress yourself out because if you do then the result will be no good. If the inspiration isn’t there, what are you going to do? Forcing it never helps, so it’s important to just go with the creative flow. I must admit that as an artist the fans do expect a lot, however you can’t always listen to them. 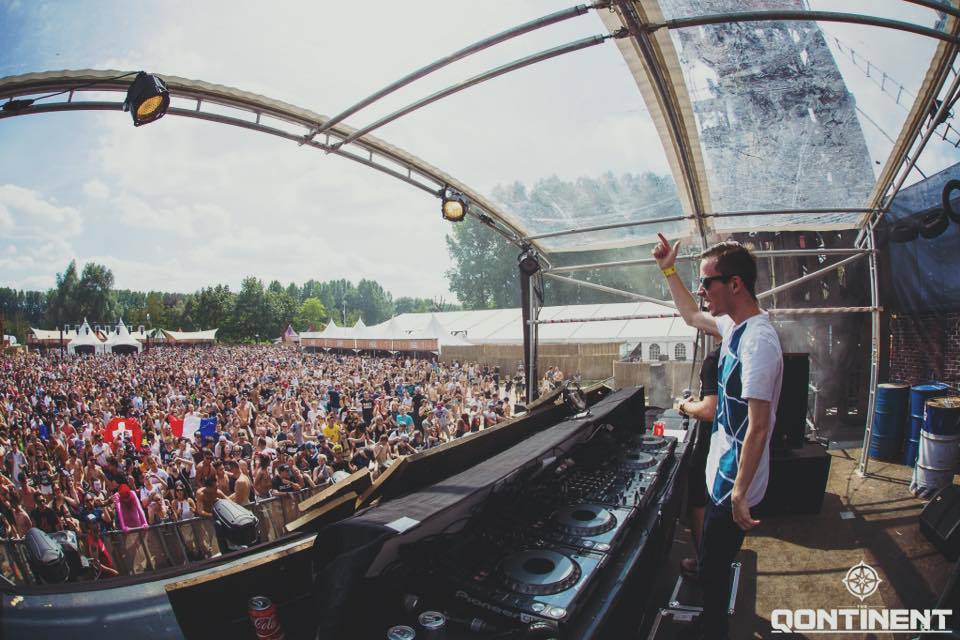 – Before we wrap things up, do you have anything exclusive to share with our readers?
I can’t really reveal anything at the moment, but I’ve got a lot of huge things coming up! I guess you’ll just have to stay patient.

– Finally, what did you eat for breakfast today?
Nothing yet, I woke up at 3PM.

A big thanks to Seraja for taking the time for this interview and we’re absolutely loving his new look! We wish him the very best with the remainder of his summer bookings and hope to catch him again soon. For those who want to stay updated on all things Cyber 2.0, you can stay tuned at the social links below. 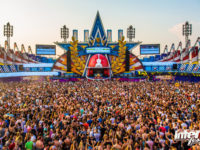 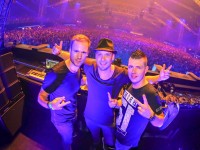