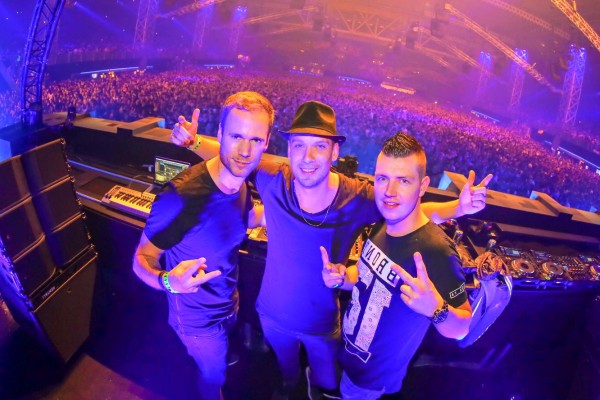 Nowadays, every second artist is forming some sort of ‘exclusive live-act.’ Whether an organisation comes up with the idea in the lead-up to an event or after artists have realised the great chemistry they have in the studio, live-acts are usually a way to showcase a whole new front of music that portrays the very best of each artist.

Take NCBM for example; one of the newly formed live-acts in Hardstyle and something that I always look forward to – both Noisecontrollers and Bass Modulators collaborated on various tracks and realised that what they came up with was pure genius and a live-act would top it off! This new addition to the scene got me thinking about other artists’ sounds and who else it would fit with; leading me to create a list of which artists should dedicate time to forming an act together. 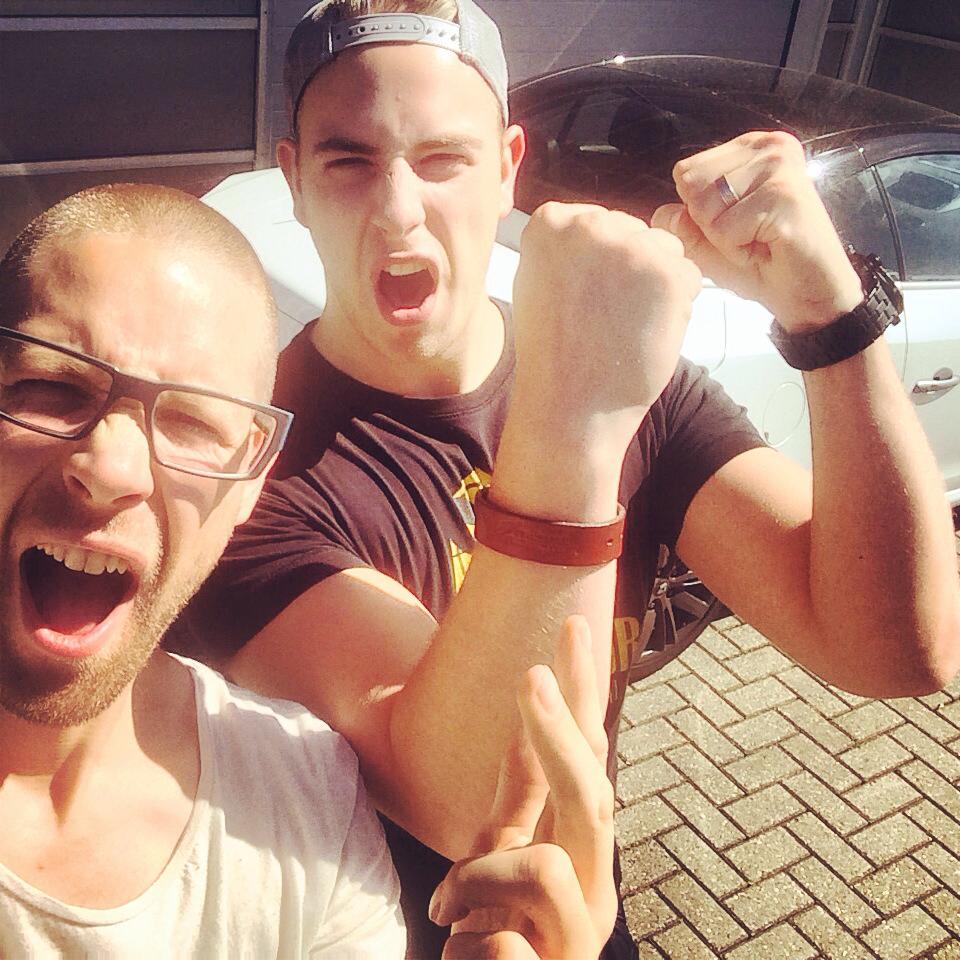 These two have proved to work immensely well, but how about as a live-act? First of all, I actually came up with a great name for the pair “The One-melody-man Army” – pretty smooth, right? In all seriousness though, if these guys worked long enough in the studio to build up a collection of music to showcase during a live-set then sure, they could most definitely work together on-stage, however at this very moment with very separate and diverse discographies it may be a little strange to hear “Brutal 4.0” followed by “Loud.” For a raw and melodic cross-over act like these two, it would be extremely interesting to hear the original pieces they came up with!
C’mon guys, give it a go. 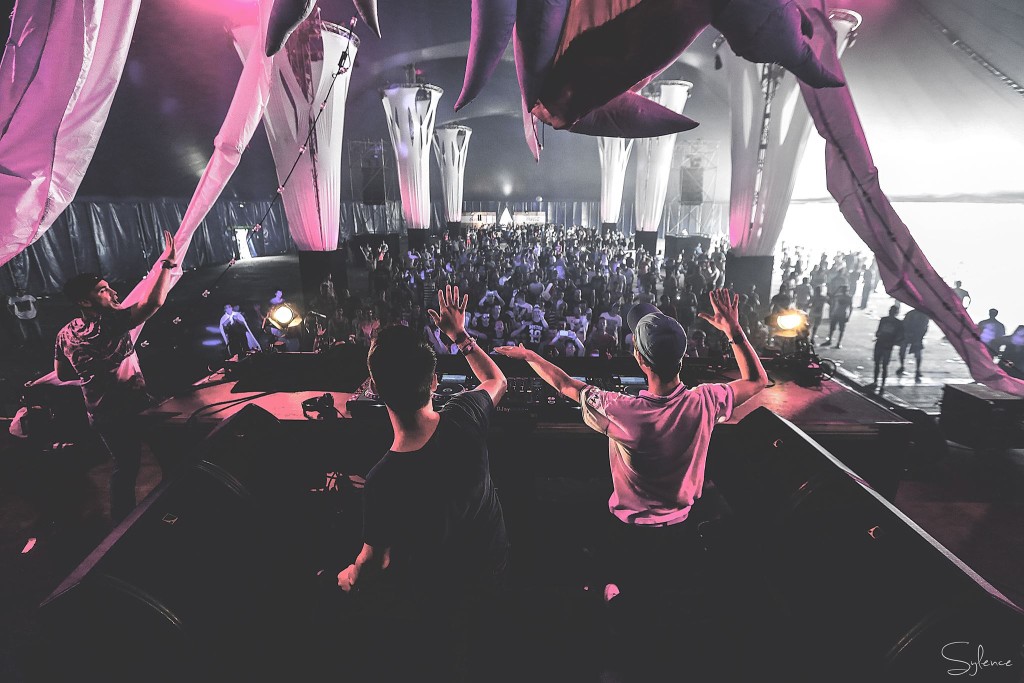 We couldn’t resist programming these two together and giving them a cheeky name. I mean, c’mon, their track “Each Other” was one of the few Hardstyle tracks that could reduce me to tears; therefore the whole notion around ‘emo kids’ actually seems quite appropriate. The pair have performed together in the past, however wouldn’t it be great if these guys worked together more regularly and built up a collection of exclusive music to showcase? Would be fine with me!

Cyber & Sylence are like coffee and cigarettes, they just work so well together and every time they create a track it brings out both producers’ best aspects. Not to mention, they’re also both young and set to be piloting the scene in the coming years so really, there’s no better pair of up comers to put together! 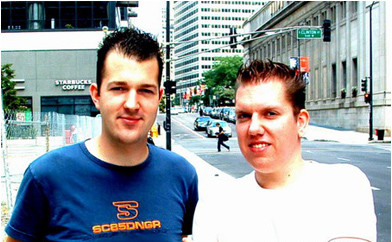 Before there was Brennan Heart, there was Brennan & Heart, an act that included who we know today as Thera. Since 2002, the pair worked together and released some great tunes before unfortunately splitting in 2005. Now going their separate ways and producing music on opposite ends of the spectrum, wouldn’t it be great to have these two reunite again, sit in the studio and make some masterpieces? With the lack of innovation nowadays, artists need to start stepping outside of the box with live-acts and I feel as though because Thera and Brennan Heart are so far apart with their sound, it would be nice to see what they’d do together. 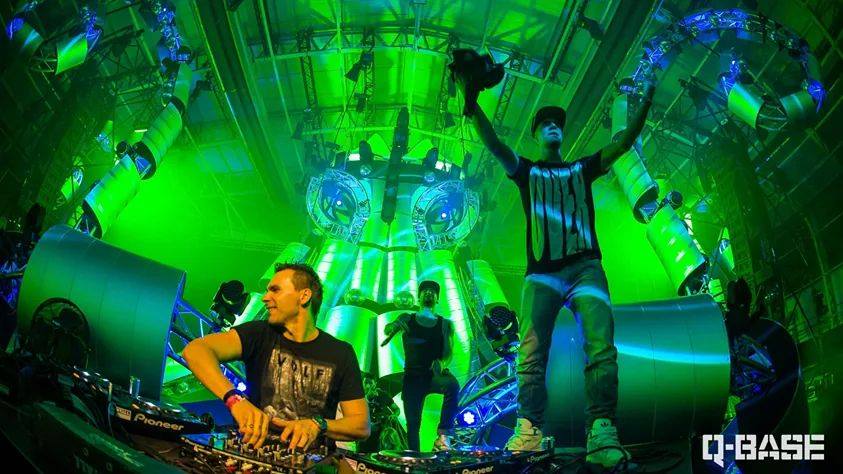 They’ve worked together before, they hail from the same country and are both renowned representatives for Italian Hardstyle. Zatox and Activator have proven to us that they work well in the studio, but what about a live-act? With Zatox’s demolishing kicks and Activator’s endless stream of creativity, there’s no doubt that this would be a match made in heaven. These two would fit perfectly and what would be even better is if they brought back some older influences and treated the crowd to an exclusive, bangin set. Oh, and maybe it would be cool if the pair tossed free pizza and pasta into the crowd… Yum… 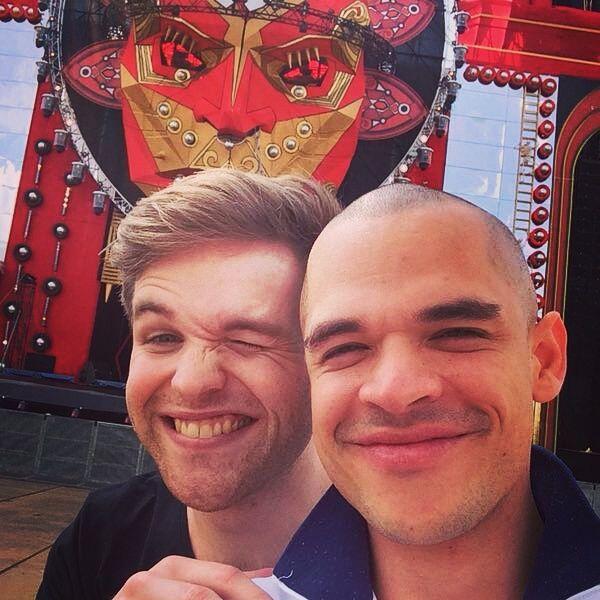 When it comes to picking my favourite personalities in the Hardstyle scene, I can’t help but feel deep-seeded appreciation for everything that both Geck-o and Audiofreq do. First of all, they never seem to give a fuck when some ‘trend’ has arisen and continue to make whatever the hell they feel like making. Both extremely talented producers who boast endless cycles of creativity, it would be pretty interesting to lock these two behind studio doors for a while and see what kinds of wacky experiments they’ve cooked up. “The Funky Kangaroo” would blend Geck-o’s new-found Funky Cat regime with a touch of Aussie flavour! 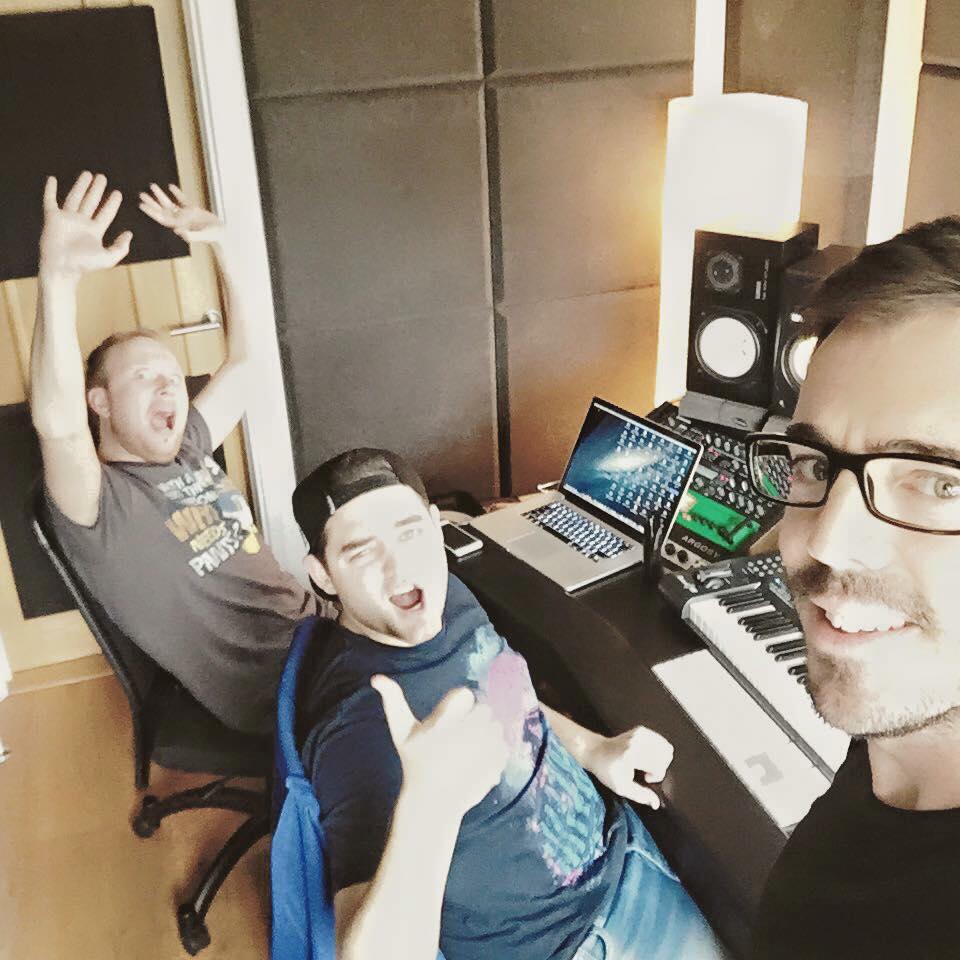 Not long ago, the two crazy Norwegians accompanied UK Hardcore legend Darren Styles in his studio to create a brand new collaboration “Heroes,” mixing both a 170 and 150BPM version. We’re still yet to hear more about this stellar collaboration but we’re sure that it’s gonna be banging! Previously, both have remixed each others tracks and so forth, but wouldn’t it be even greater to see a whole collection of their music showcased on stage? This would break boundaries for sure and pack in a performance filled with pure joy and happiness. This collaboration would be so good that all of the raw fanboys out there couldn’t even attempt to resist it.

My god, how amazing would it be to see these two polar opposites team up? Firstly, you have B-Front, a producer who’s notorious for creating these incredibly supernatural and dark atmospheres, blended together with demolishing kicks and then you have Atmozfears whose music ranges from uplifting, euphoric hits to darker and more atmospheric stuff.

Seeing these two working together would be incredibly unique and unexpected – they both have amazing capabilities in the studio, they’re both creative and also very versatile when it comes to tastes and preferences. These two hold the ability to literally make magic happen – so B-Front, Atmozfears, if you two are reading this then you’d better jump on the phone and start making some calls because this NEEDS to happen! 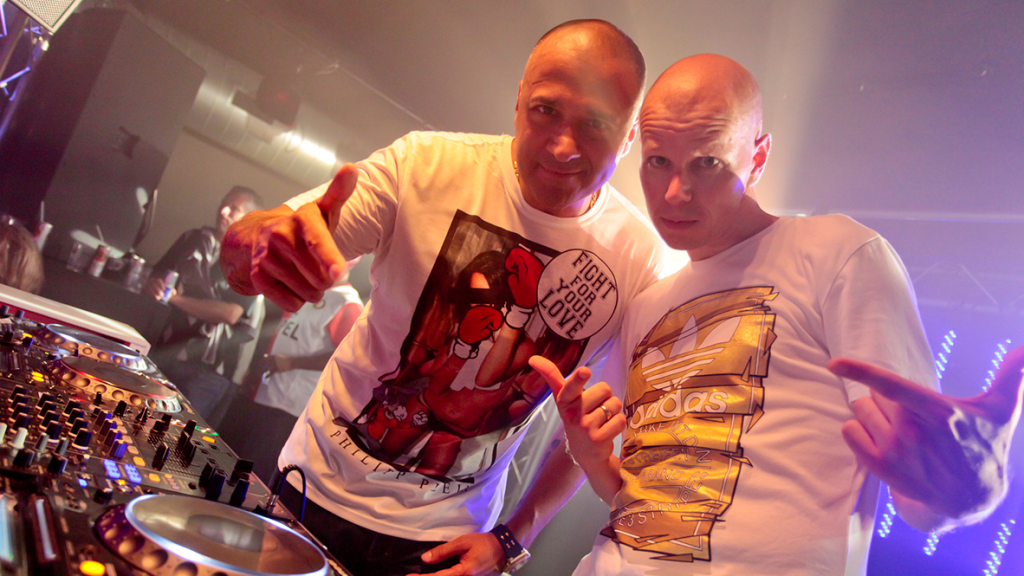 Hard Dance legends, yes, I repeat, LEGENDS, Paul Elstak and Panic are two dudes who have been piloting the scene for longer than most. Hailing from piloting the Hardcore scene, nowadays they spread their sound throughout the freedom that Freestyle offers, but wouldn’t it be nice to see these two having the honour to play on a mainstage? Imagine if these two worked solely on a live-act; let me tell you that it’d be fucking wild, crazy and tons of fun to watch! Let’s bring back the golden oldies because let’s face it, they’ve still got it!

Our chosen live-act name: “Veterans Do It Better.” 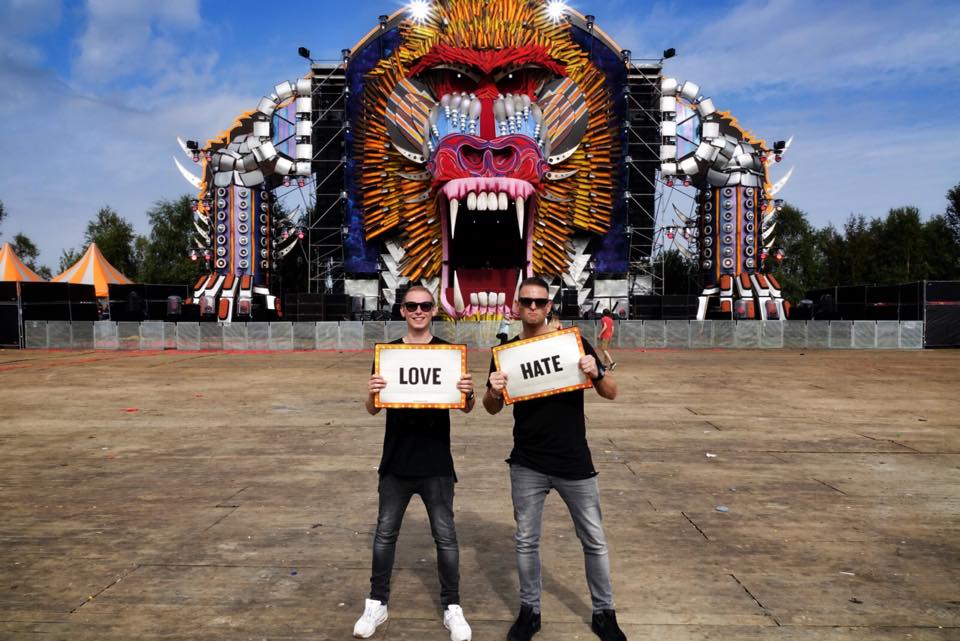 After collaborating to create and release summer anthem “LOVEXHATE,” Max Enforcer and Coone have proved to work a charm when locked behind studio doors. Both long-standing names within the scene and boasting two completely different signature sounds, it would be nice to see both of these ‘DILFS’ going back to their root sounds and collaborating on that basis, releasing a whole new collection of music together. By ‘root’ sounds, I mean, that trance-like sound that Max Enforcer showcases in “On The Go” and as for Coone, if he brings back that classic ‘DWX’ signature then the combination would be extraordinary!

And who knows, maybe a talent for music runs in the family and in the future their children will be collaborating! 😉 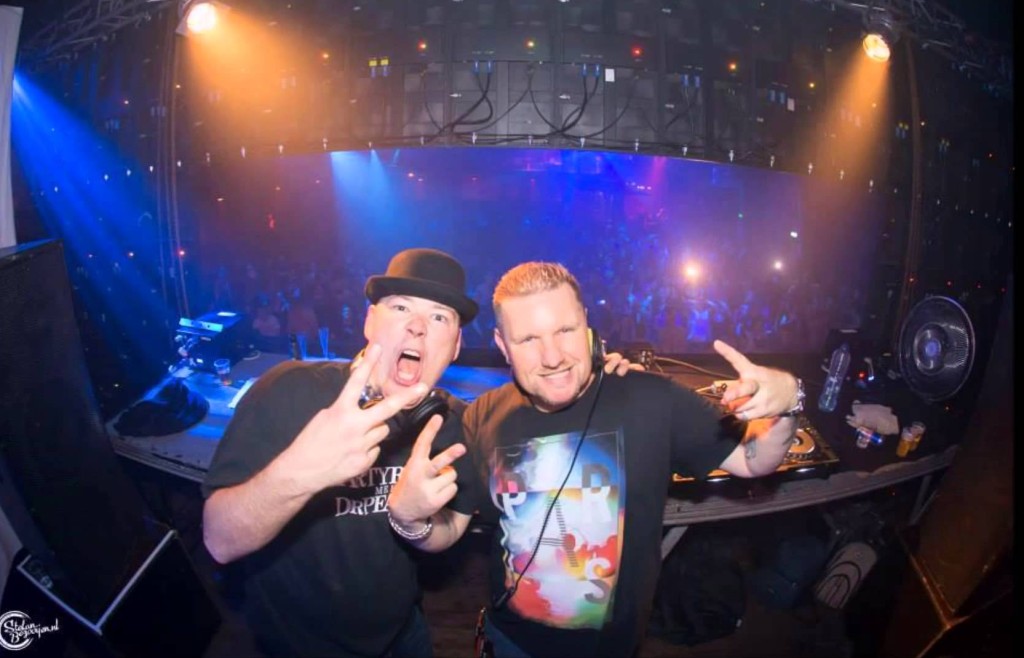 For Hard Dance fans who thrive on the higher BPM’s, you’d be pretty damn excited about this next combo. All boundaries are thrown out the window for this exclusive team-up as it’s not for the faint-hearted; all plots will be lost. Dr. Peacock & Partyraiser would be THE combo to end a party night and if these two built a concept and brand around this live-act then not only would the hardcore, frenchcore and speedcore fans be impressed, but maybe it might lure in a couple of hardstyle fans as well. The name, “The Choppers,” does not need any explaining.

Our chosen live-act name: “The Choppers”

Who else would you like to see partnering up? Let us know in the comments below!