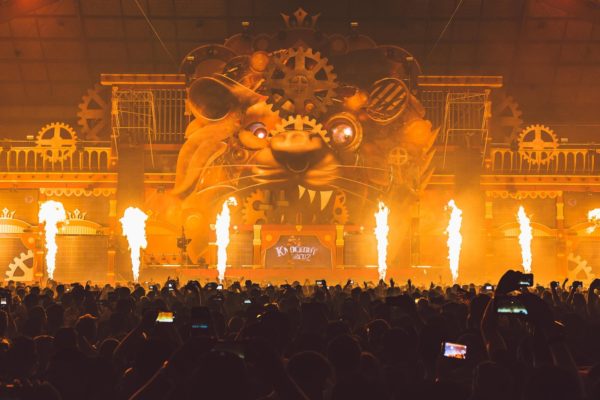 In the first of  two articles from our Australian team, Nicki shares her experience of Knockout Circuz 2017. Keep an eye out for Howard’s write up coming soon!

In Australia, we don’t get events like this very often. These are the dates in our calendar that we look forward to, that we count down the days to. For the diehard fans, there’s no question of missing an HSU event. I’m in awe of Alive at Night’s Howard, who was truly hardcore this year, busy at the side show in Brisbane on Friday night then flying down to Sydney, landing just in time to check in at his hotel then dash straight to the event. This is typical of the Australian raver’s dedication and passion.

“This is what I love, and can’t stop loving…”

At a party this big it’s amazing to think there’s any chance of running into friends… but I always do, if only for a quick embrace or a fist bump before we get lost in the crowd again; words are not necessary, we understand each other’s feelings – today is HSU day, it’s Knockout Circuz, this is our day to celebrate. 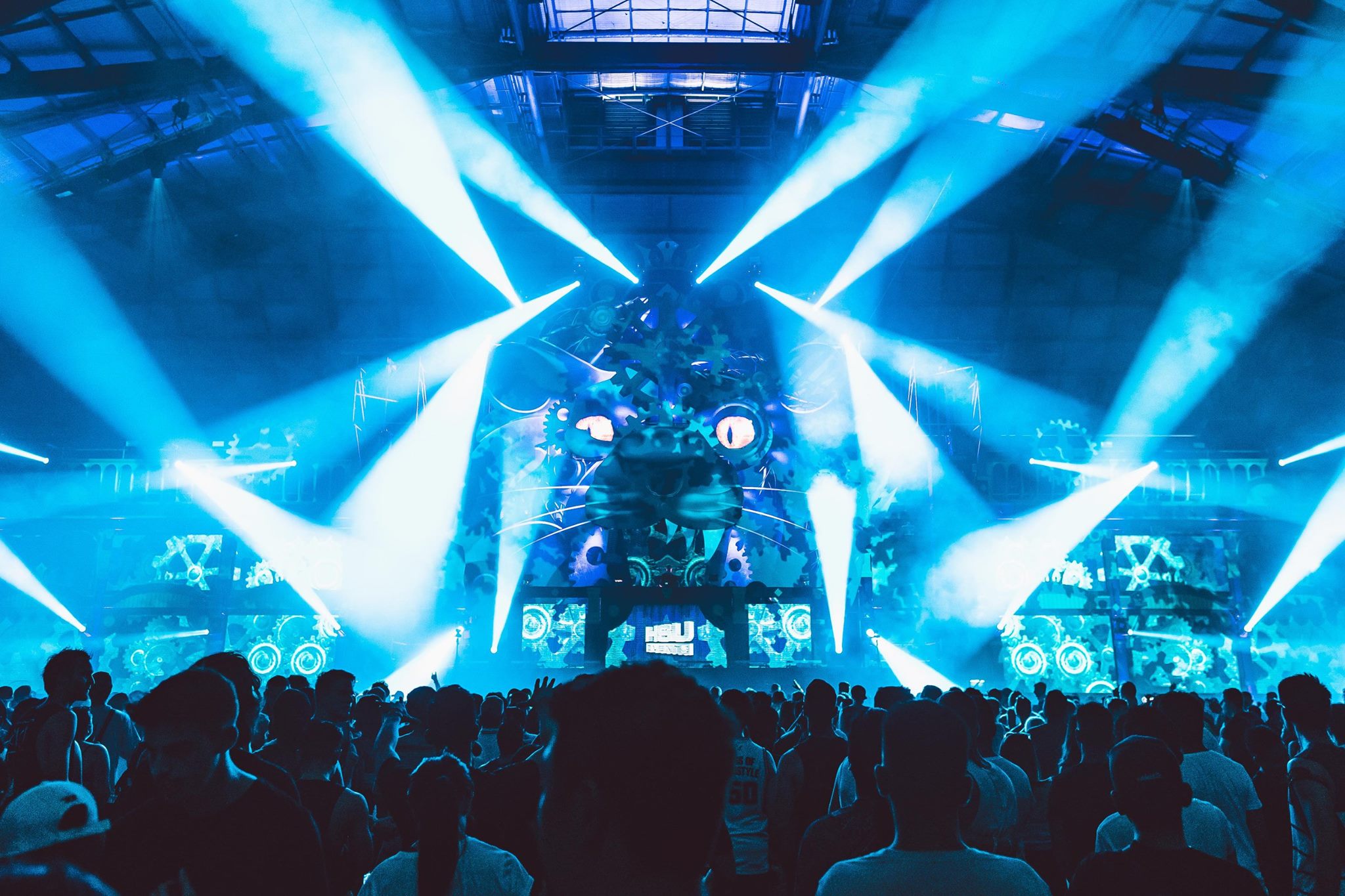 With such a stacked line up, in such a huge venue, there’s no way I could soak up the full experience of the event and also catch enough of every set to give you a true critic’s review. Instead I offer to you the humble viewpoint of a passionate raver, a long time lover of the harder styles who needed to burn off the stress of recent months at work by having a few responsible drinks and dancing her little socks off on this magical summer evening.

After arriving in time to catch Isaac’s classics set, I was truly ‘in the zone’ by the time Code Black took to the stage with an early contender for favourite set of the night, with standout moments including the ultimate euphoric highs of “Accelerate”, signature anthem “Pandora” and hot new collaboration with Crisis Era, “Beat Cannon”. 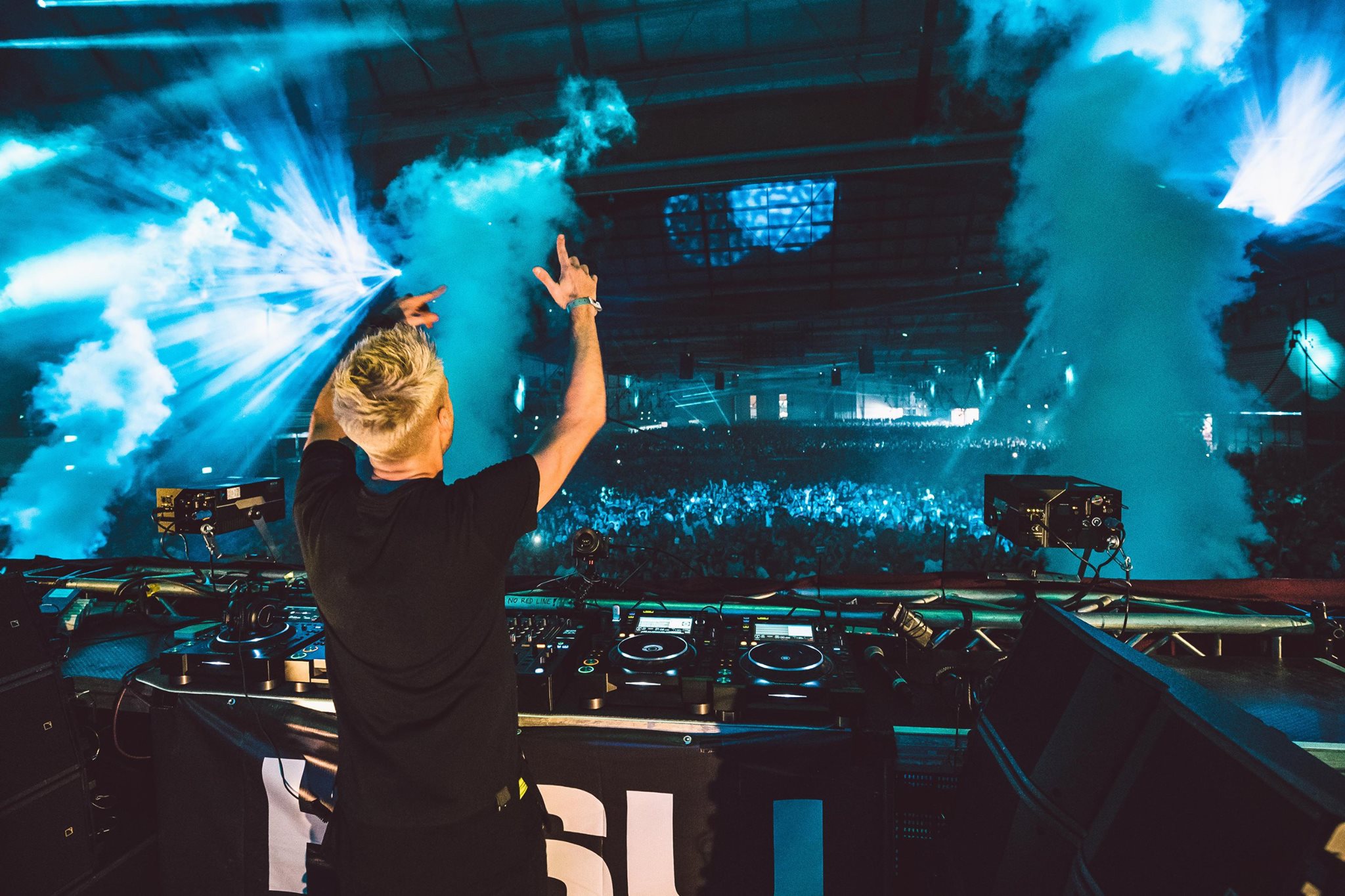 I also took this opportunity to admire the stage in all its glory. The lion which had featured so prominently in promotion for Knockout Circuz was brought to life as the centrepiece of the stage. With teeth partially replaced by screws, and a menacing, mechanical eye, perhaps the scars of a battle-hardened fighter, the lion was surrounded on each side by six screens acting as windows into a circus themed world filled with temptations and mysteries in equal measure; menacing tigers, hallways lined with red velvet, dungeons loaded with machinery, sparks of sharp electric lightening and many more intriguing images were revealed as the night progressed.

Before I could stop myself I had imagined an entire action adventure video game playing out in those windows, with the heroes of the game battling through the levels to emerge triumphant on the balcony at the top of the stage.

“Between the music and me, is what the world doesn’t see…”

At 5.20pm a hush fell across the arena as the crowd waited with baited breath for “The Knockout Circuz Spectacular”. With a mighty roar, the lion commanded the stage to life. Lasers danced, flames jumped and sparkling fireworks leapt in to the air as every element of the production was showcased in full effect. 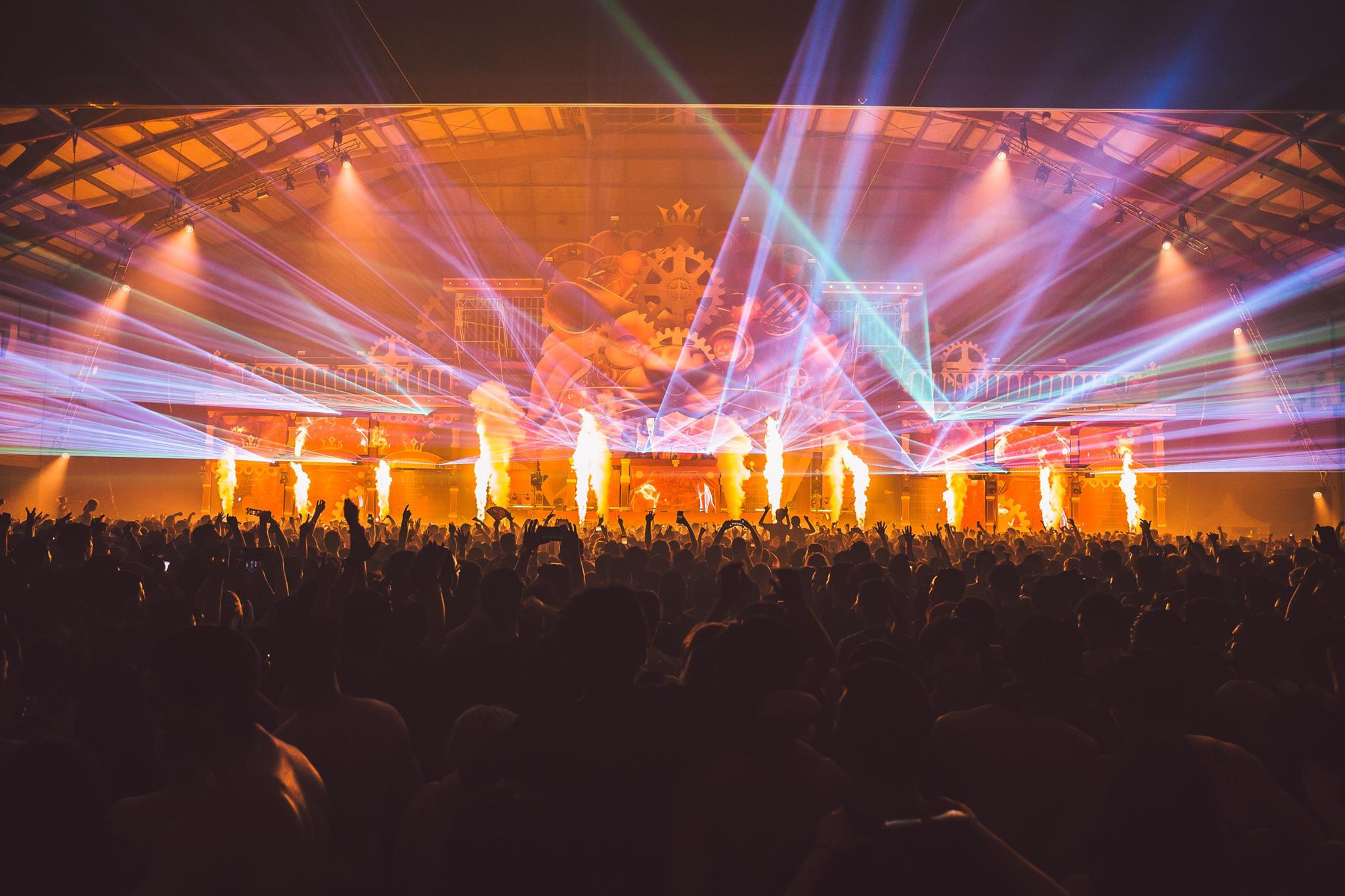 With fire still burning in its eyes, the lion prepared to welcome the next act to the stage but I needed to venture outside – water and fresh air were calling, as was the smokin’ barbeque of the Hardstyle Kitchen food truck!

I returned to the arena dancefloor in time for the start of Da Tweekaz, who always stand out by miles for me as a Hardstyle act because they have such a spirit of fun about them, which radiates through their music and into the crowd. Don’t forget this was a hot, hot, sunny Sydney afternoon and down at the front of the crowd things were more than a little sweaty but energy levels were high and spirits even higher as fans stomped along to favourites including “Jägermeister”, “The Hitmen” and that very latest version of “Frozen”. It is possible I was screaming the lyrics at the top of my lungs too! 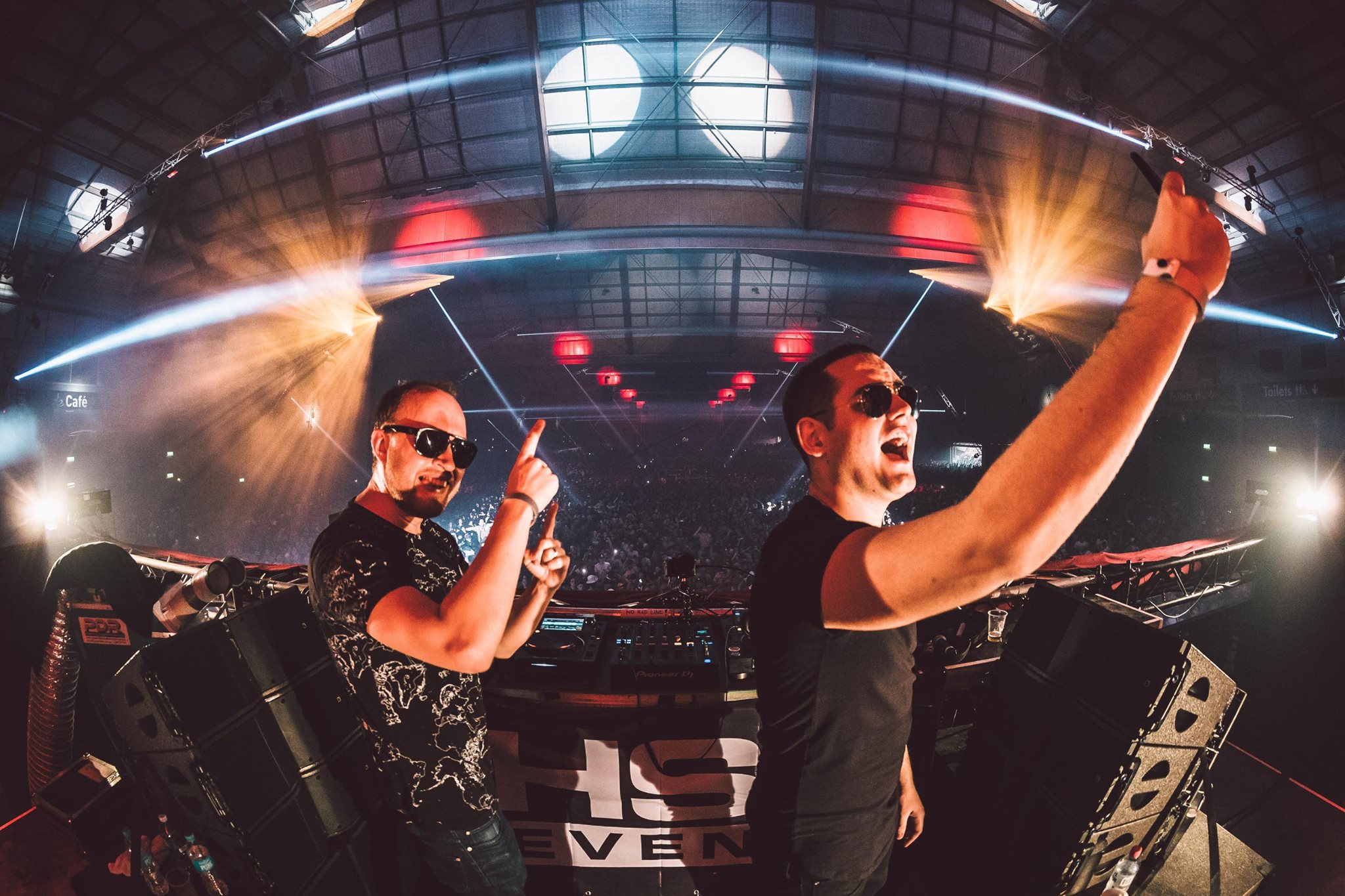 That spirit of fun was also in full effect with the many guys raving in costumes including Hawaiian shirts, a cow suit, a grown man dressed as a baby complete with frilly pink bonnet and of course local hero Slendy and his crew getting their festive hakken on in skitz santa suits.

At 8pm, the arena went dark and a simple glow of red light emanated from the centre of the stage; emitted from a beating red heart, the heart of the lion, beating with the power of the life that it would give to the headline act, ‘The Resurrected’. Could it really be, how could this possibly be happening, were we really about to witness a Hardstyle set by… Showtek? Indeed we were and anyone close enough to the stage must surely have seen the look of pure happiness from Wouter (DJ Walt) as he watched thousands of dedicated fans, many of whom would never have seen Showtek play Hardstyle before, going crazy as he dropped all the biggest tunes of Showtek’s early career, sprinkled with some Hardstyle remixes of their newer material.

“Let me take you back, back in the days, the Hardstyle sounds will be kicking the bass…” 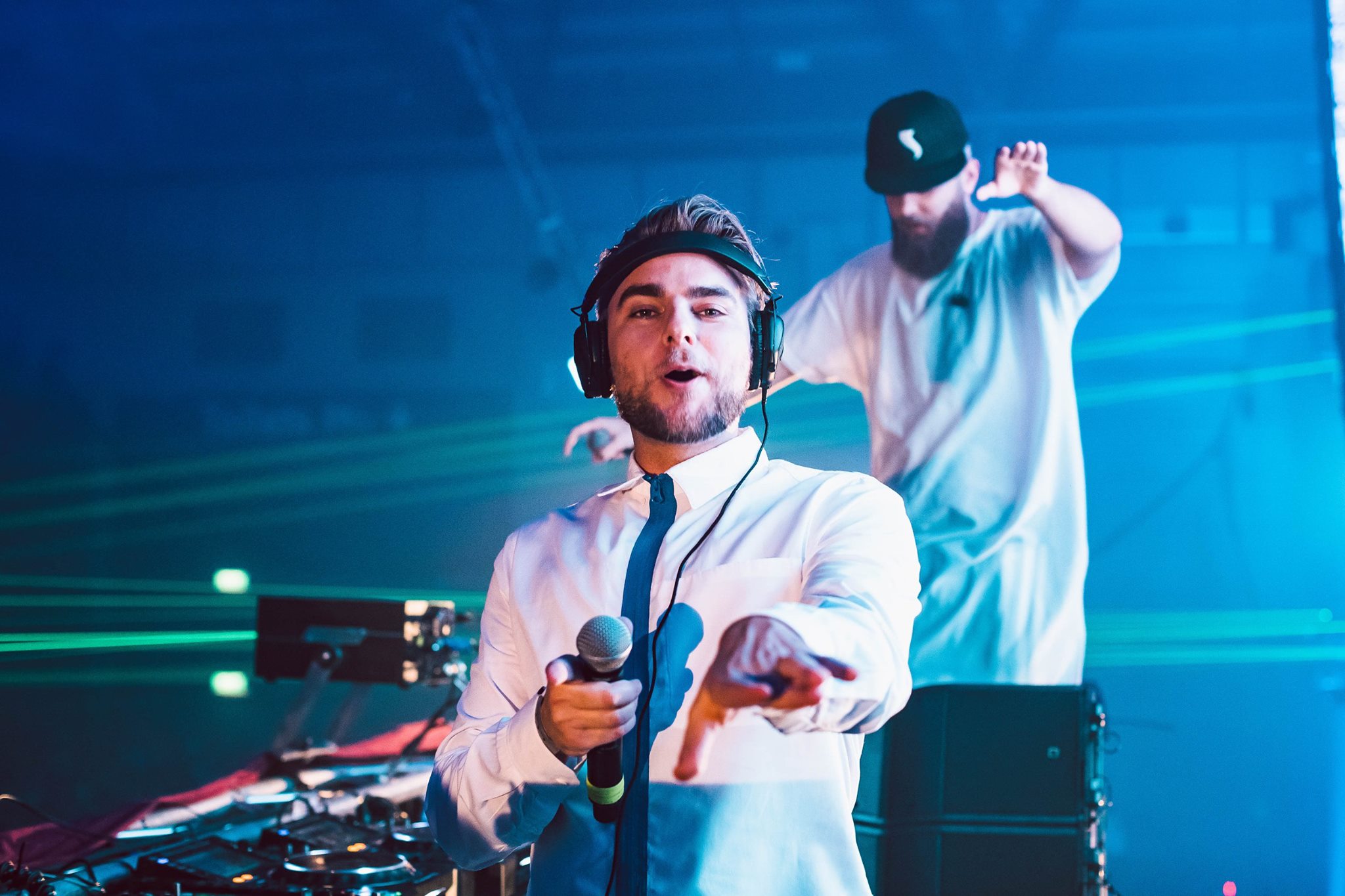 After the 90 minute spectacular of Showtek, keeping the ongoing attention of a crowd might seem a tall order, unless of course that order is left in the highly skilled hands of Darren Styles. Raising the tempo while steering largely clear of the time honoured favourites, save for a couple of new edits, Darren Styles showed us where this year’s journey has taken him musically and I’m sure was giving us a teaser of what we can expect from his upcoming headline set with Gammer at HTID Australia.

By the time of the final act, Partyraiser, taking to the stage my feet could dance no more and I was content to stand back and enjoy the phenomenal laser show, as this incredible night drew to a close.

What an amazing end to the Knockout Circuz series! To all those who attended, we hope you enjoyed “The Final Show”! 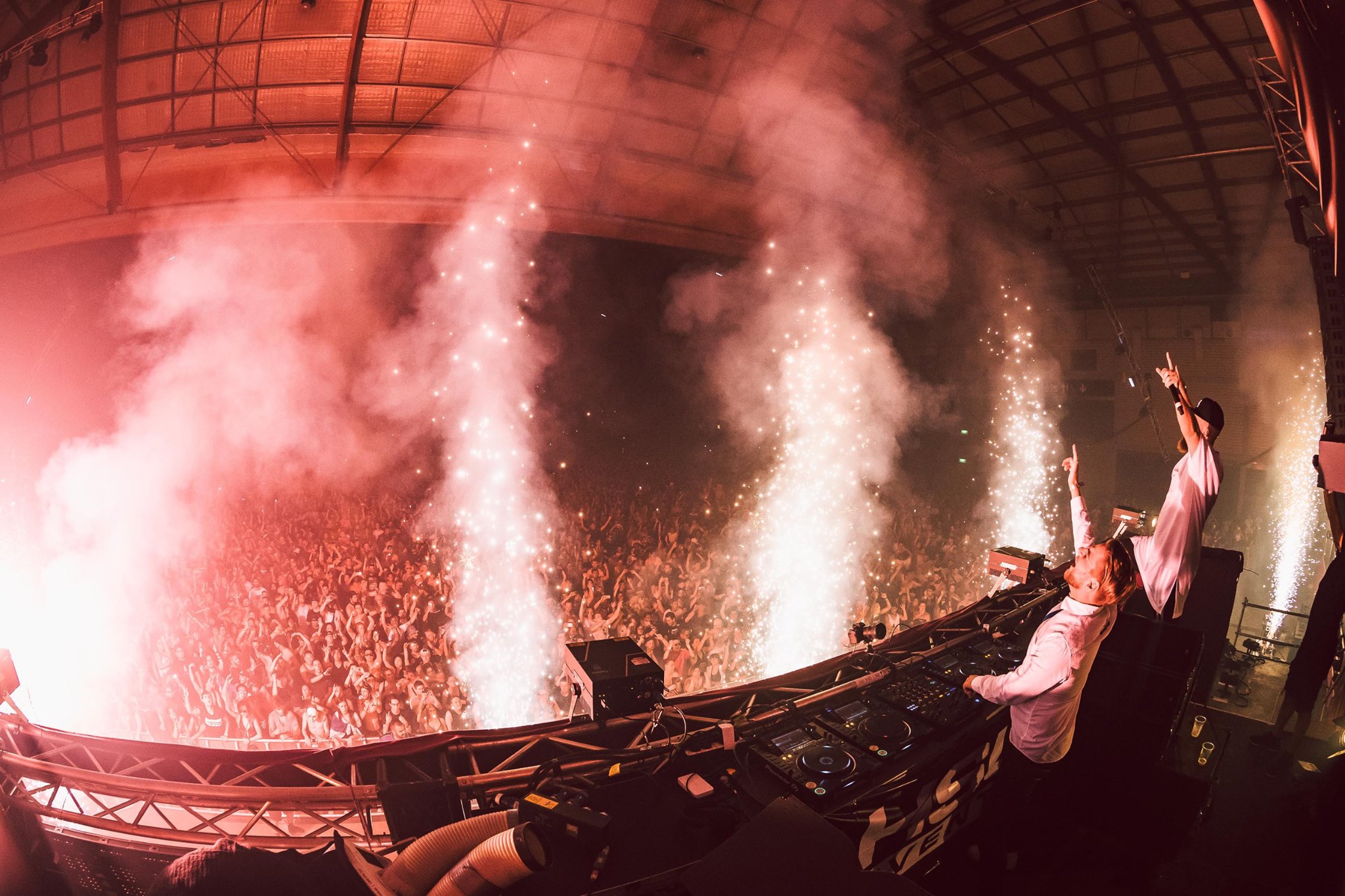