Are organisations and artists blatantly promoting drug use? 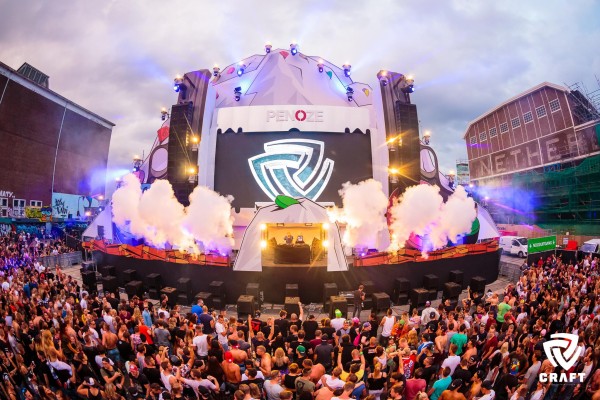 Are organisations and artists blatantly promoting drug use…?

The Hard dance scene and drugs are closely related to each other. The use of drugs at festivals is widely accepted and moreover, organisations make it pseudo-legal in order to satisfy, and keeps the crowd coming – yes they do know you stick it in places where the sun doesn’t shine. However, as this is one of the features the scene is cherished for; it simultaneously stimulates the stereotype of a community overflown by drugs, creating a bad, dark, and untruthful image for the outside world. However, instead of fighting this stereotype by communicating the reality, we increasingly embrace this stereotype. To take it one further, producers and festival organisations increasingly use this stereotype deliberately as a marketing tool to attract fans and visitors.

I have one question here – where do we draw the line?

This is NOT a plea for the criminalisation of drugs, nor a way to nurture same sense in your cooked brains. Yet, the question arises how far we want to go with the inter-relatedness of hard dance music and drugs. The festival organisation ‘Lose Your Mind’ is increasingly trying to commercialise the stereotype of a scene full of cooked brains. This was seen in the Penoze stage at C.R.A.F.T 2016 which imaged a huge pile of coke perforated with pills of XTC. Moreover, C.R.A.F.T stands for ‘Can’t Remember A Fucking Thing’ referring again to the irresponsible use of drugs and alcohol. However, this is only the tip of the iceberg.

Lately, Lose Your Mind took the commercialisation of hard dance’s connection with drugs one step further to include an origami-like feature in the Q-BASE magazine. This folding sheet could be formed into an envelope for the storage of – let’s not be naïve – cocaine. Surely, Lose Your Mind is using this marketing trick to attract attention for their festival ‘Penoze,’ however, this trick is not only enhancing the drug-abuse stereotype of the scene, but is also spreading the message that drugs (ab)use is cool. “If you want to go to ‘Penoze’ then don’t forget to bring your pile of white-gold.” 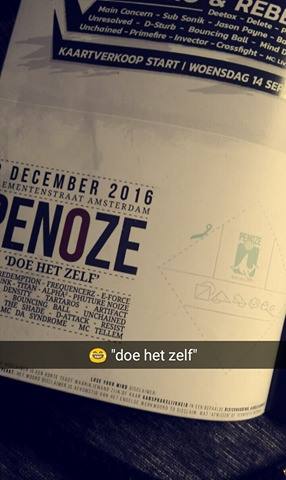 Lose Your Mind cleverly tries to picture their festivals as an Eden for drugs-users. Many members of the scene will buy this idea, as they like the image of a festival organisation who’s acknowledging the use of drugs and simultaneously stimulates it – what a cool organisation, right? The same goes for some of the most cherished producers of our time.

Lose Your Mind is not the exception on the rule. Like some other organisations, a few producers likewise communicate the use of drugs as being something cool to attract fans to listen to their music. The implementation of drugs related lyrics is nothing new in the hard dance scene. Though, with the upcoming trend of darker music, these lyrics seem to make a comeback. Producers like Caine, Public Enemies, and Gunz for Hire – just to name a few – implemented drugs related lyrics in their songs. 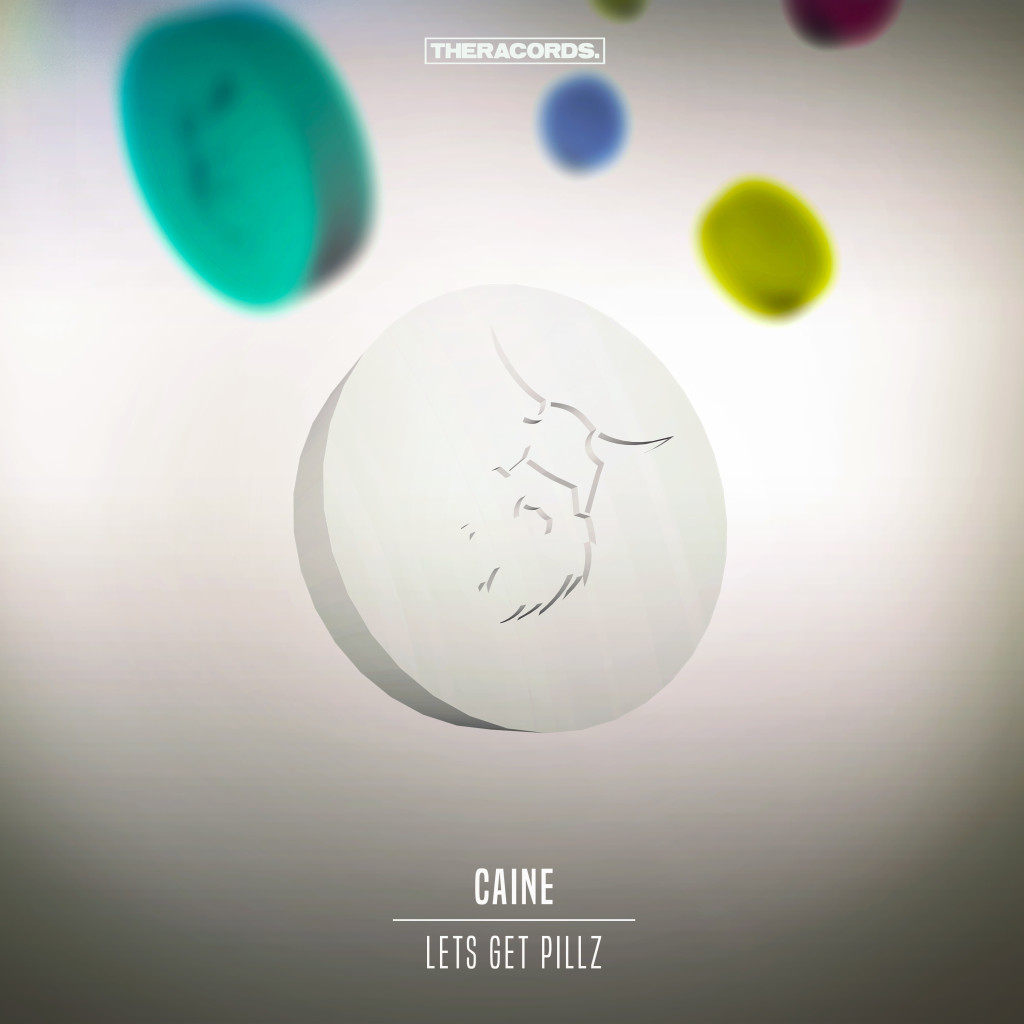 On one hand, these organisations and artists commonly refer to drugs in a joking manner, however a lot of tracks refer to drug use as something ‘tough’ and bad-ass, Gunz For Hire’s “Bolivia” is the perfect example of that. On the other side, a lot of guys are treading around the subject in a light-hearted way – I guess it’s up to fans and visitors to determine what this means for themselves.

But hey, can we (Alive At Night) talk? We blatantly ask visitors at festivals how their pills are in our ‘Into The Wild’ episode, so I guess that we’re all a little guilty of using MDMA’s popularity to our advantage. However, I question the effects of this commercialisation. Should we explicitly stimulate the use of drugs? What does this mean for the image of our scene? How far can organisations go to use the stereotype as a marketing tool? It’s time that we start to look critical to these question. 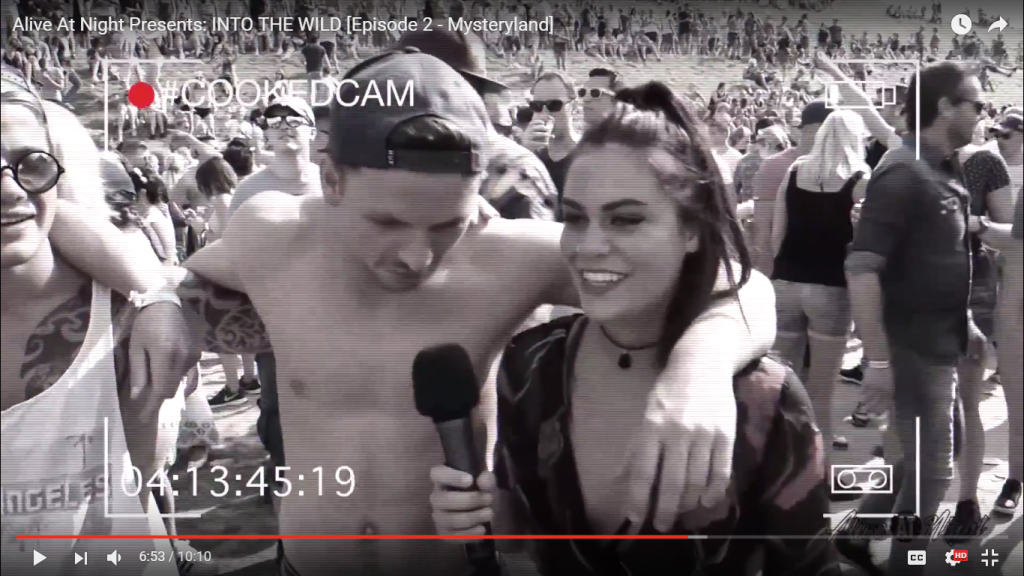 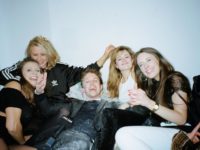 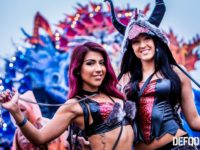 Survival Of The Fittest: Keep your body in top form this festival season!
May 16, 2017 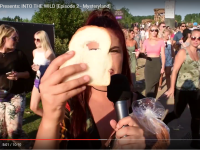 
Yet another great point and post.I hate the glamorizing of drugs in the hardstyle scene.