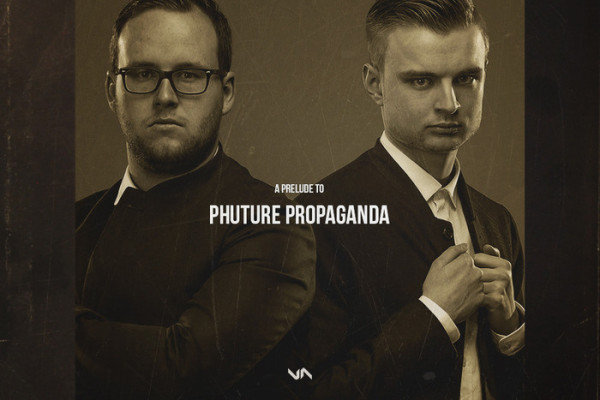 To kick off mid-March and a rather slow introduction to Summer and it’s festivities, what a better way to debrief than review some of the greatest releases  from this previous fortnight! So lets kick things off and let y’all know what’s fresh off the cooker in the world of hardstyle releases.

You want screeches? Well you fucking got them! This unstoppable duo has been on a creative role lately and in preparation for the release of their forthcoming album “Phuture Propaganda” they have released the prelude to the album. Let me tell you, this track speaks musical dramatics, a genuine approach to sound design and it’s listenable and well crafted. We see another underrated gem on its way, so get listening people! As a side note, we also love Phuture Noize’s new neat, clean and hipster image! (hot)

I heard this groovy number for the first time at Reverze a couple of weeks ago and I was instantaneously hooked! Psyko Punkz are one of the most renowned and longstanding hardstyle acts and to be quite honest I was deliberating the fate of this duo in coming years. However with a few of their recent releases along with “Like A Loco,” and their performance at Reverze I can surely say that they have sealed a positive fate. Keep up the great work guys!

Being an upcoming act is hard, especially in today’s raw dominated world of hardstyle. However, the guys from Noisecult have worked with their creative magic and impressive skills in the studio to bring a plethora of great music to the frontline. Their latest release “The Zone” doesn’t fall short of their 2009 inspired, signature sound and is definitely one that’s heading straight for those long Summer days.

Well what an unexpected melody this track has! It is somewhat a refreshing and wonderful addition to today’s huge pile of raw hardstyle. When listening to Apocalypse we can hear the swirling and dark storm when suddenly the tone changes to reveal a melodic glimpse of sunshine. We love the concept of the track and this collaboration was definitely a match made in heaven, so big ups to Titan & The Machine for nailing a massive atmosphere, fat kicks and great story-telling vocals.

Spanish guitars, beachy vibes and pounding kicks – what more could we ask from the Italian legend Technoboy? At the conception of what we know as hardstyle, we never thought that his productions could get any better, but Mr. Pizza has seriously ‘wowed’ us again and again! E-Biza just goes to show that a banger doesn’t have to be filled with screeches and annoying vocals, it can be atmospheric, groovy and fresh! Great job TBY, we give it the thumbs up!

Dr. Rude and Phrantic – two musical dudes that could never do any wrong! Not to mention, we are absolutely loving Dr. Rude’s signature “Hard Drop” sound combined with Phrantic’s experimental and ‘more-crunchy-than-your-cereal’ sound. Who said that hardstyle was bound in by 150BPM and a repetitive set of kicks and screeches? Of course there can be a few growing pains for die-hard hardstyle fans, but it’s important to open your minds to an entire spectrum of possibilities within hard dance music.

Our signature Italian boss bitch DJ Stephanie is back once again and this time debuting on Scantraxx Recordz! Staying true to her well-known euphoric sound, “Ecstasy” is jam-packed with a 2010 inspired atmosphere, Summery vibes and an amazing melody! We absolutely love this track and the joy it brings, so kudos to the lovely DJ Stephanie for hitting the nail on the head once again!