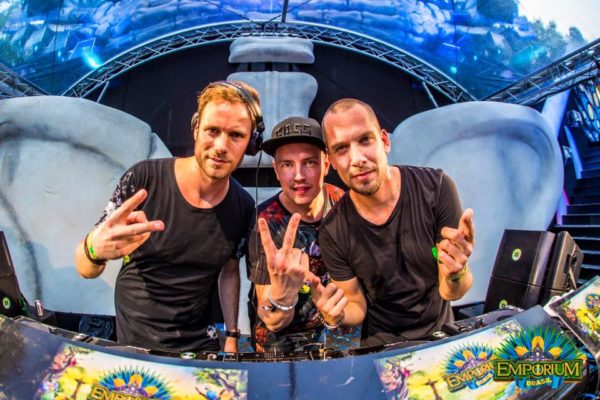 Representing the powerhouse sounds of hard-hitting, melodic Hardstyle, exclusive live-act NCBM has proven that they weren’t just a ‘summer of 2015 fad.’ In it for the long haul, this stellar team have compiled an impressive array of releases, built up a solid following and have taken numerous mainstages by storm.

Most recently, some exciting news was revealed: NCBM are the act responsible for the Decibel Outdoor 2017 anthem. Moreover, these dudes have now translated their hit-track “Het Gevoel Van?” into four languages!

There’s a lot going on for NCBM, meaning that it was time to catch up with the boys!

– Hey guys! Thanks for catching up with me today. First of all, how are things going for NCBM at this time of year?
You’re welcome. We are doing great, especially now the festival season has started again! The summer is always a lot of fun. Besides that, we’ve been preparing so many things for the scene which is making us very excited for the following months.

– So, it’s been well over one year since NCBM came into play. How has the journey been so far?
Amazing! Besides playing on so many mainstages since we started, we are mostly happy about the music we’ve been able to release so far. Many tracks became hits and we can truly say that NCBM combines the best of both our acts. Another highlight is, of course, the Decibel anthem we just released. 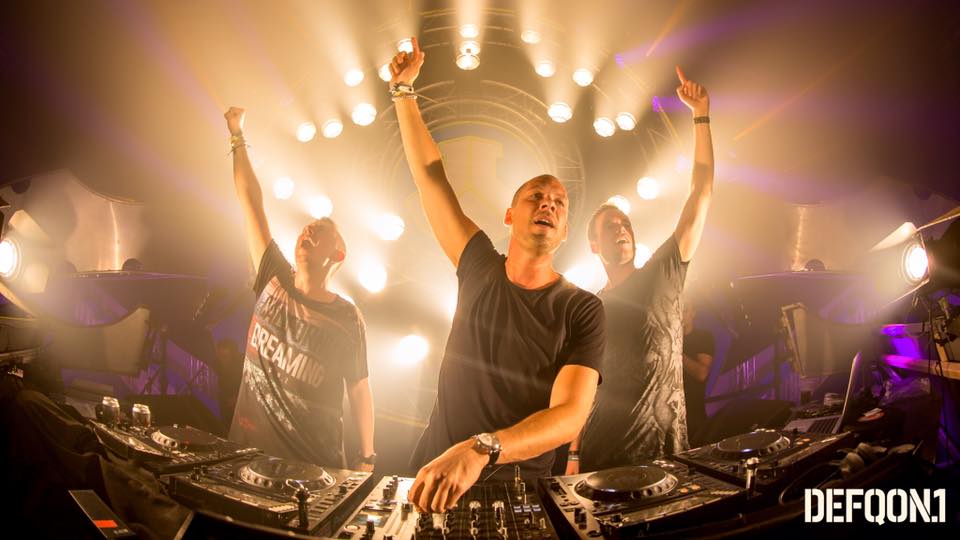 – Can you speak more about your most memorable NCBM performance so far?
We literally can’t pick one because that would make all the other fall short! Every single set so far has been a lot of fun! 🙂

– Alright, let’s charge forward! So you guys were the ‘chosen ones’ for this years’ Decibel Outdoor anthem. Can you tell us a little bit more about this special anthem?
First of all, it’s always an honour to produce the anthem for such a legendary festival. We didn’t have to think for a second about whether we wanted to do this or not.

This year’s anthem was actually a very strange process; we both had such busy schedules that we had to produce it in separate stages and studios. We decided it had to have that typical Decibel feeling, which can be summed up in a few words: summer, euphoric, powerful.

Besides that, with this anthem we wanted to prove that technically, we create the best productions. We spent a lot of time on this track and we’re super happy with the result!

– Decibel is one of the summers’ biggest highlights. How did you guys capture that summer feeling in this production?
That’s really difficult to explain, haha. We feel as though chords are very important, so we searched for the right melody and lead-sound combination. In the end we had two melodies to choose from; we couldn’t decide until Rick found the right combination – immediately we all knew that this had to be it!

Besides that, we found some sounds that captured the right suspension and feeling. And finally we contacted the vocalist who also did the vocals for “Summer In The City in 2010!” No voice suited the track better. 🙂

– What was the most difficult encounter you had when creating the anthem?
Because of our busy schedules, we felt quite stressed during this period. We didn’t want to rush anything, so we had to carefully plan and schedule our time together in the studio. After the first week we didn’t have a breakthrough, but thankfully out of nowhere the right melody and atmosphere came up.

After that, there was no room for disagreements anymore as we knew that kind of sound we were aiming for. Small disagreements are always present in the studio, especially with such a big production. But luckily there are three of us, which means that most votes count when we have to make a decision. 🙂

– Moving on! So you guys have now created four different versions of your track “Het Gevoel Van?” Can you run us through the different versions and why you chose to re-produce them in these particular languages?
The Dutch version was very catchy and stood out when we played it for the first time. We saw the huge response the crowd gave to it, but then we faced a problem – can you play it in front of a non-Dutch speaking country? Obviously the crowd has no idea what the track was about, so we went back into the studio and re-created it in different languages. “Het Gevoel Van?” is now a custom-made, multi-language track now! 😉

– What was the process of creating these translations?
The process was quite tricky. English is obviously a language we understand, however we aren’t very familiar with Spanish and Italian, so we just had to trust the voiceover. Besides that, we also had to find the right voice for it, but in the end it all worked out!

– Do you guys speak any other languages besides Dutch and English?
After a few beers we speak almost every language, haha! Otherwise, unfortunately not. 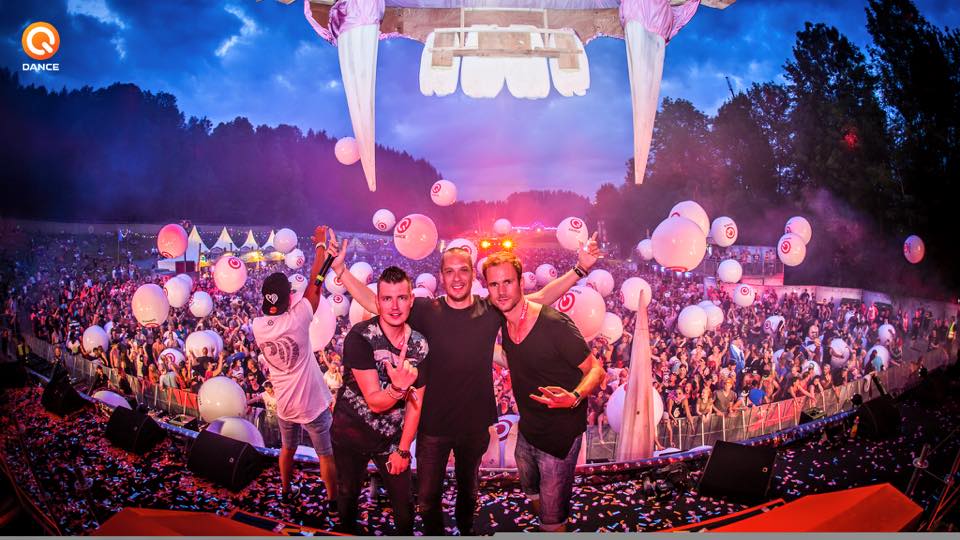 – Do you feel as though NCBM has offered more inspiration for your solo aliases too?
Bass Modulators: We think it did. Working in the studio so closely with another producer gives you a fresh perspective on things. We have our own ways of mixing, designing and editing, so seeing someone else at work always adds new incentives to your own workflow.

– Aside from your NCBM collaboration, do you guys also share a close friendship?
Well, we’ve known each other for a very long time, even from before the Noisecontrollers era. After being in the studio for the first couple of NCBM sessions, we discovered that we have more in common than only the music. We share the same kind of humour and also have a lot of common interests, which makes it even more fun to be around each other. So yeah, you can say that it’s become a close friendship!

– What’s been your craziest moment together?
Probably the moment we found the saxophone for “Solar.” The way we looked at each other was priceless… It probably appeared as though we’d just won the jackpot with a splash of ‘child in a candy-shop’ face.

– As proud representatives of hard-hitting, melodic music – do you feel as though this style is going to make a huge comeback?
We definitely think that ‘euphoric’ music will make a comeback. We believe in the power of feel-good music and there are a lot of skilled guys who appear to be on their way to the big stages – this will expand the ‘euphoric’ roster and give the genre a huge boost. We ourselves are working on new music every day and you can expect to hear it all very soon!

– Before wrap this interview up, can you share any cheeky NCBM exclusives?
Unfortunately we can’t share too much, however we’re currently working on our new live-act for the summer, so you can expect some pretty interesting edits, some remixes and new solos.

– Finally, it’s time for battle of the breakfasts! What did you all eat this morning?
Roland: 2 oven baked pistolets with ham and some juice.

Big thanks to NCBM for this interview! We’d like to congratulate the guys on this year’s Decibel anthem and we can’t wait to experience one of their live-sets in full force this summer. NCBM’s ‘Het Gevoel Van’ (language pack) is OUT NOW! 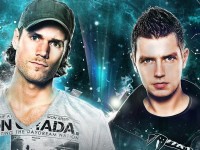 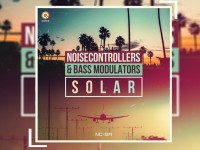 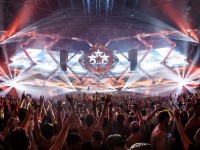