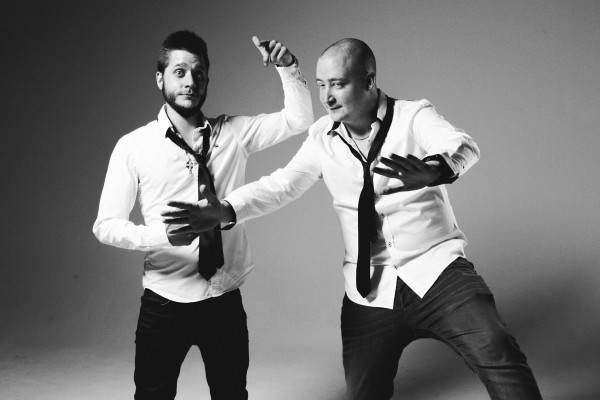 It’s all in the name really. Critically acclaimed to be the ‘most turnt’ act in hardstyle, Swedish duo Wasted Penguinz are not only talented when it comes to drinking copious amounts of beer. Boasting an unprecedented discography with stand-out tracks like “Melancholia,” “Anxiety,” “Wait For You,” “End Like This” with Code Black and “I Love You,” the pair is widely renowned for their heart-melting melodies and overwhelmingly beautiful story-lines. In light of their recent release and out-of-the-box experiment “Inner Peace,” we caught up with these crazy Swedes to speak more about their vision, their earlier days in the scene and of course, some drunken shenanigans!

– Hey guys, thanks for chatting with me. First of all, how’s everything going today?
Things are really good at the moment! Music is going great; lately the inspiration has been flowing and we’ve been in the studio quite often. We’ve definitely got a lot of new music coming in time for the summer.

– Can you tell me about some of your biggest highlights from 2015?
Um… First and foremost playing at Defqon.1 on the UV stage was one of the best bookings we’ve had, the people went absolutely crazy – it was so epic! Other than that, we performed at a lot of great gigs, we did a lot of touring and even visited some new places, such as America where we played in Hollywood for the first time. We also came back down under for an Australian tour which was a huge highlight for us and a lot of fun.

Music-wise, 2015 was a really productive year for us and it was also the year that we released the most music. We managed to release almost one track per month and we’re really happy with the outcome. 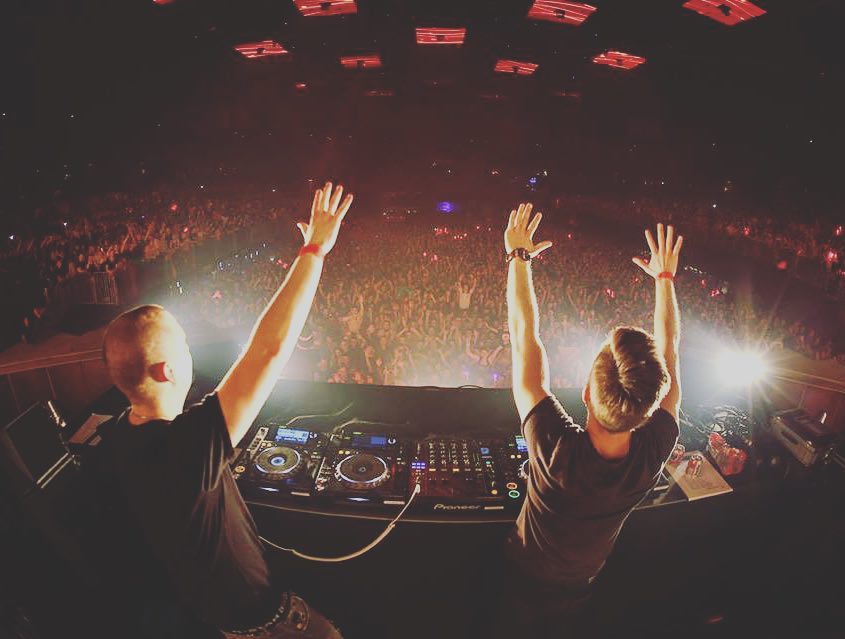 – Now onto 2016! What have you guys got planned for this year?
2016’s just come up so we haven’t made a whole lot of plans yet however we’ve decided to focus a lot more on vocal tracks and working with more singer-songwriters. Unfortunately we can’t name any of these vocalists yet, but you’ll hear about it soon enough! All in all, we’re taking a different approach with our productions in order to create a different vibe in the music. Besides that, we are refreshing our artwork, photo’s and merchandise to give the Wasted Penguinz brand that next-level look and feel.

– You guys are also giving fans the chance to design your merchandise! What’s the idea behind this and how’s it going so far?
We set up a Facebook group chat with our fans and one of the girls in the group was experimenting with some designs in photoshop and posted a picture in the group and it was actually really good! After seeing that design, together with our manager we set up the project and decided to give all of our fans the opportunity to design something for us.

– Let’s take a little trip back through time. Can you tell me about your earlier days as Wasted Penguinz in the scene?
So we started around 2008 and somewhere around 2010 things really took off for us when we signed to Scantraxx and released tracks like “Anxiety,” “I’m Free” and “Resistance.” At that time, these tracks were really fresh and showcased a new-found sound that nobody had heard before. Back then there was still the whole old-school sound going on, however guys like Headhunterz and Wildstylez were experimenting with some new and melodic sounds. When we came in with hardstyle that was heavily influenced by trance, orchestral and other different genres, it was something really special and the listeners loved it.

– Despite its release in 2011, “Melancholia” is still a widely appreciated track. What are your thoughts on this?
To be honest, there’s no secret recipe to produce a great track; we just make music that comes from our hearts and that’s why it’s so powerful and timeless. Back when we produced “Melancholia” we weren’t at the stage in our careers in which we were able to live from music. The track marks a hard time in both of our lives; we were working in normal full-time jobs and after being in a routine of working all day and coming home at 4PM every day we felt tired and a little depressed and that’s why we wrote “Melancholia.”

– You guys released such a diverse collection of music in 2015; can you explain why you chose to broaden your spectrum?
Musically we were feeling a little ‘lost’ and we really didn’t want to get caught up in a repetitive sound, so we decided to branch out and experiment a little more by adding some diverse elements into hardstyle.

– One track I’d love to know more about is your 2015 release “Inner Peace.” It’s not like a traditional hardstyle track and runs for 9 minutes. Why did you choose to produce such a long, progressive track?
To put it plainly, we wanted to create something that’s solely made for listening. We were becoming tired of the standard unwritten rules of dance music and we really wanted to do something experimental. “Inner Peace” is based on how we were feeling with our personal lives at the time and we also didn’t care about the track working on the dance-floor. We didn’t think about anything at all except for delivering something in which listeners can immerse themselves in.

– What’s the idea behind the video clip?
With the video-clip we wanted to capture the entire vibe of the track in a visual way. We did this by incorporating a mixture of beautiful images of sunsets and scenery with footage from our Australian tour in December. “Inner Peace” was a great way to finish the year; to give something back to our fans we accompanied this piece of art with a video-clip.

– As a duo, what are the dynamics like between you two when it comes to producing?
Our dynamics are really good and we’re very balanced. For example, if one of us is stuck on something the other will come in and fix it, resulting in even more inspiration! Sometimes we sit together and produce and sometimes we are alone in the studio, however the best tracks have happened when both of us are in the studio. Of course there are small arguments here and there, but we always manage to meet in the middle.

– In your opinions, what is your ‘role’ in hardstyle?
The hardstyle scene has been undergoing some huge changes in the past few years, however we do see ourselves as one of the top 5 names on the euphoric spectrum. We have a distinct sound and that’s what sets us apart from other acts.

– What’s the most embarrassing fan moment you’ve experienced?
Pontuz: Hmmm…. I’ve had two girls coming up to me out of nowhere saying that they wanted to f*ck. It was pretty awkward…

– Sounds very awkward… (not) What about your most embarrassing moment on stage?
Jon: We’ve definitely had a few awkward moments on stage however The Qontinent pre-party in 2011 takes the cake. When we played “Melancholia” live, I jumped on a barrel at the front of the stage and when I jumped down my pants split… right down the middle! On top of that, the same night I hurt my back pretty bad and could barely walk the next day; I couldn’t even lie down properly so I had to sleep on the floor.

– Weirdest place you’ve woken up after a night out?
Jon: One night after I went out partying in Eindhoven with B-Front, Code Black and Frequencerz I woke up in an alleyway beaten to the ground with the sun burning my eyes.
Pontuz: I don’t think I can top Jon’s answer… 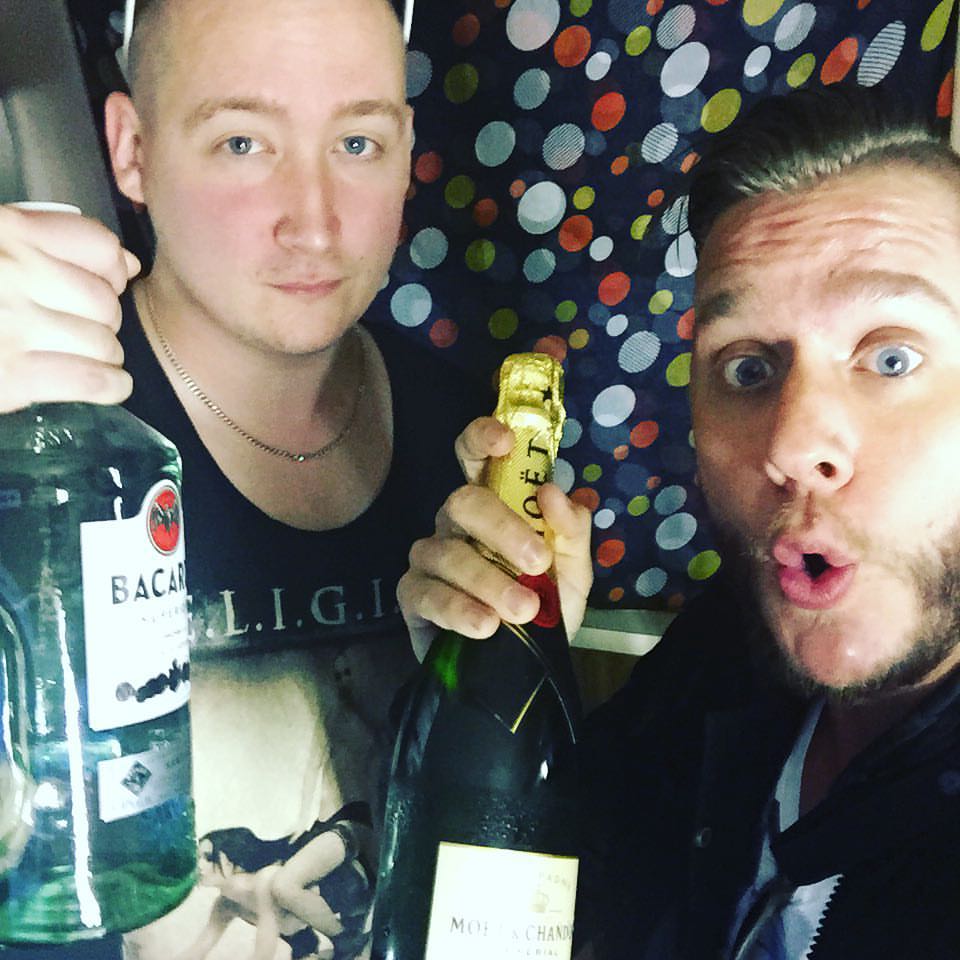 – You guys love to party hard; which other artists do you like to party most with?
Code Black (he’s our neighbour), Frequencerz, Neilio, Rebourne and Da Tweekaz of course!

– Finally, do you have any last words for our readers?
Just beer it! Ha-ha! Thanks to all our fans for the on-going support – 2016 will be even more epic and we got great things coming up!

Thanks to Wasted Penguinz for chatting with us! We can’t wait to hear which great vocalists they’ve been working with and what the final result will be; if it’s anything similar to what we’ve heard from the guys already then we’re sure that it will be amazing! We’d also like to wish the guys the very best this coming festival season; be sure to check one of their performances out!