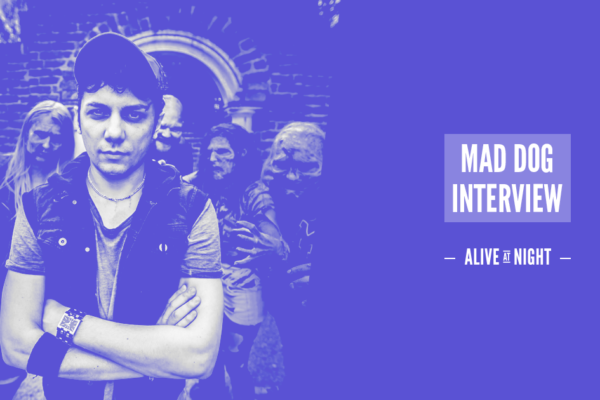 In the game since the age of 16, Italian born and bred Dj Mad Dog has come a long way since his first encounter with Hardcore. An inspirational success story based on motivation and passion, this audacious producer and DJ has not only secured his spot amongst the big leagues, but has forged a promising path for the future of the genre.

July has been an outstanding month for Mad Dog, who not only released his 2CD album ‘Till I Die,’ but also closed down Dominator’s colossal mainstage with his anthem “Maze of Martyr” (feat. Dave Revan) as well as celebrating Dogfight Records’ 1st birthday! We caught up with this humble Italian to chat more about his inspiring journey!

Ciao Mad Dog! How are we going?!
Molto bene, grazie. It’s always a pleasure to talk with you.

Last weekend you closed down the mainstage at the world’s biggest Hardcore gathering, Dominator. How are you feeling after conquering such a huge performance?
Wow guys, what an amazing experience! It was surely one of my best performances ever. I’m happy with how great people reacted to my new songs; some tunes were played for the first time at Dominator. I heard that there were about 40,000 people watching my set – this may be one of the biggest Hardcore gatherings ever! I wish I could close Dominator every year! 😀

What was going on inside of your head right before you stepped up on stage?
I kept my head up for the entire duration of my set; I wanted to see every face in front of me and completely memorize the moment. I felt amazed by the reaction of the crowd; they screamed all the vocals loud and they kept dancing, even after 10 hours of partying! 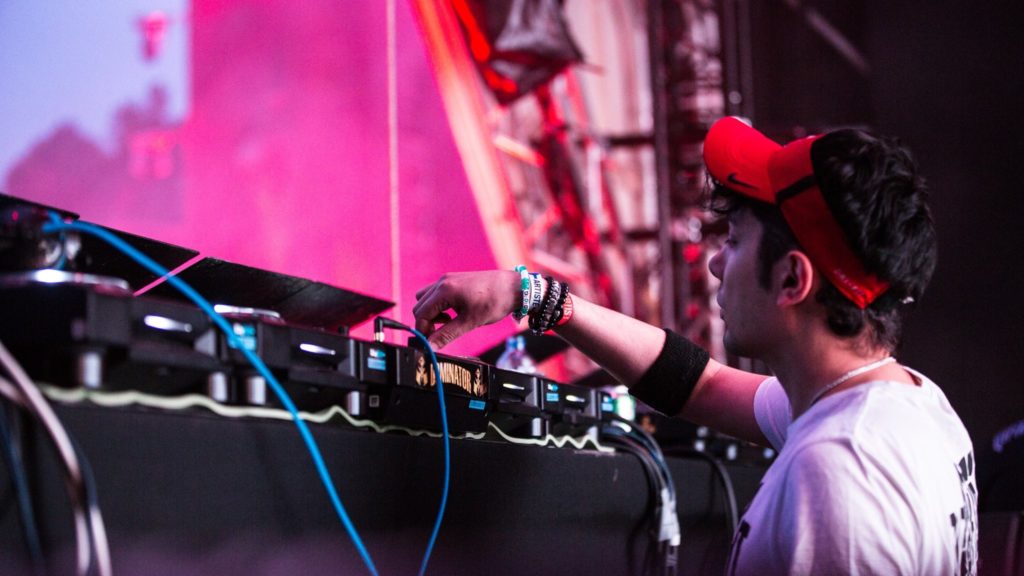 This year you represented the event with your anthem ‘Maze of Martyr’ (ft. Dave Revan). All in all, how was the response to your anthem?
Perfect! I still can hear that Dominatooooor sample screamed by those 40,000 people! In combination with all those fireworks, it was the cherry on top of the cake! 😀

What was the most difficult encounter you had when producing the anthem?
I had some doubts about the melody, because usually the formula for anthems is to use long pattern melodies with articulate harmonisations. I usually prefer short, aggressive and catchy melodies which, at first, may not strike your attention when listening at home, but works perfectly on the dance-floor. I even heard people singing those notes during the show…So it wasn’t a bad choice after all.

All up, how many hours/days did it take to complete ‘Maze of Martyr?’
The first session I had working on the anthem was at the end of October 2016 and I added the final touches on June 1st 2017… You do the math!

Aside from your performance at Dominator, this month you also released your album ‘Till I Die.’ How does it feel to finally have this project out in the open?
Really great! I’m receiving a lot of positive feedback and I’m happy that this album is touching different kinds of people, from the old to the new generations, and from those who love melodies, or complete noise! It was my intention to create an album with a wide variety of tracks; I’ve been into Hardcore for too long to stick to one style. 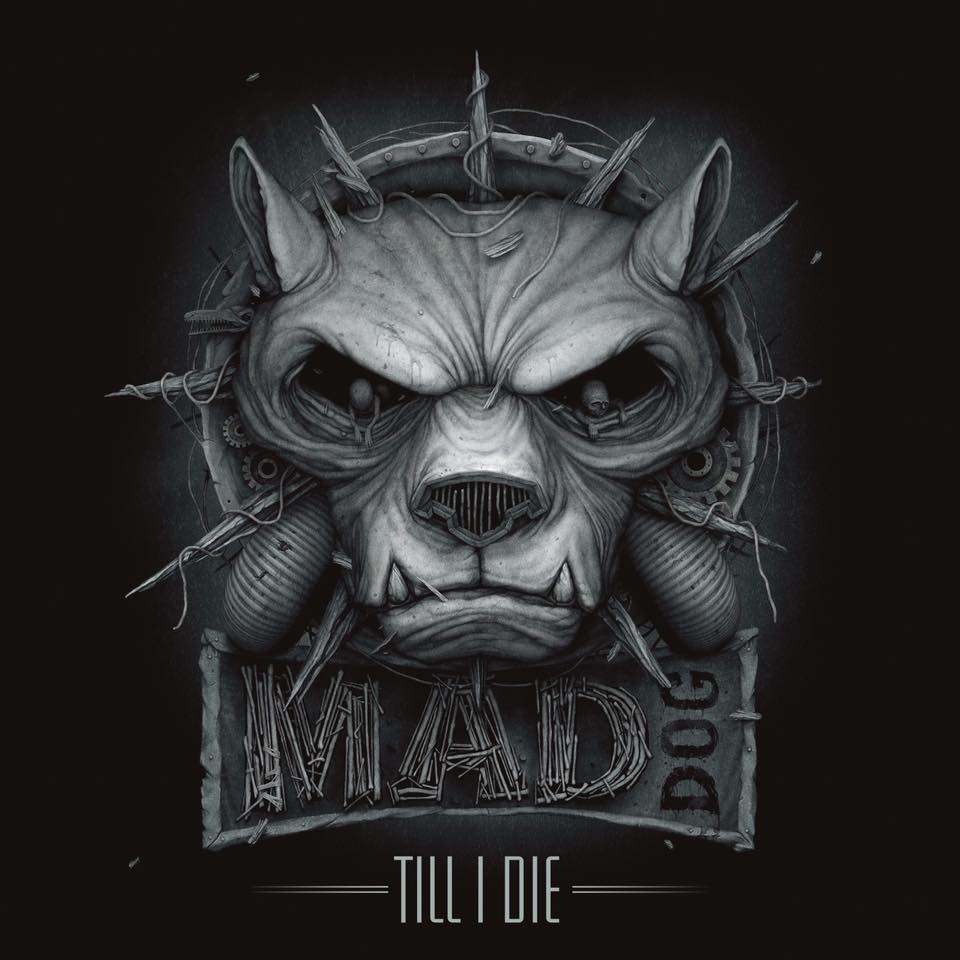 Which album tracks do you feel have been most successful and why?
As you can imagine, the Dominator anthem is on the top of the list and we are approaching 300,000 views on YouTube after just one month!

Other tunes such as “Why Me” and “That’s The Sound” are giving me unexpected results; these are millennium-oriented tracks with a vibe that’s totally different from Hardcore’s latest trends.

To me, this is a signal that the wind is changing again; for instance, another alarm bell was at the Dominator mainstage, where I saw people dancing more to melodic-based party tracks as opposed to the simple, noisy and fast tunes. There could be a change in the Hardcore trend of tomorrow.

With the huge influx of music, releasing a successful album is becoming more and more difficult. What are some tactics that you used to stand out from the rest?
Tactics doesn’t work in music. I think that the only way to succeed is to love the music that you are creating. If you are truly passionate about this music, then people will notice it and eventually you will stand out from the rest. If you do it because you are following a trend and because you want to be part of the Hardcore showbiz, then you’ll never really succeed. Success is a consequence of what you love, not a goal.

Aside from producing and perfecting all the tracks, what other tasks are involved in releasing an album?
This time I really went full-on and I commissioned 8 video-clips instead of the classic previews. This enhanced the tracks and gave them great exposure. I’m used to releasing video-clips for every track that I make and for my next projects I’d like to improve the quality and story.

Another highlight for the month of July has been Dogfight Records’ 1st birthday – congrats! How did you guys celebrate this?
This year went by so fast and we really didn’t expect all these positive reactions! In 1 year we leveld up with the labels that have been in the game for many years, we released 32 tracks, discovered new talents and released 2 albums. We are now ready for the first Dogfight Night in the historical Number One disco in Italy on September 16th.

To celebrate this successful first year, we’ve asked our ‘avant-garde’ to mash up all of our Dogfight releases. Tears Of Fury, Ignite and Broken Minds all did an amazing job.

The label has become one of the major platforms in Hardcore music; do you feel as though the Dogfight crew has fulfilled its mission?
The first part of the mission has been accomplished as we expected, but the real climb will start from now on. We don’t want to just be one of the Hardcore labels in the business; we are here to build an entire movement, find new people, visit new countries and bring what we believe is the real Hardcore sound!

Dogfight is home to some promising new talent. How do you guide and support these newcomer artists?
It depends. I try to give them the freedom to express themselves through their music, but at the same time, I must keep the quality of the releases high and I’m obligated to give constructive criticism at times. It’s not an easy job – it takes a lot of time that I should spend on my own productions, but I definitely think that investing in the future of Hardcore is worth it.

Towards the end, the infamous Thunderdome will be held. Can you share your excitement for the return of this well-loved concept?
The first party I ever attended was in 1996 and it was Thunderdome, so you can image how enthusiastic I am to play on that stage. Having Thunderdome with us again is wonderful news and I believe that it can increase our movement even more. 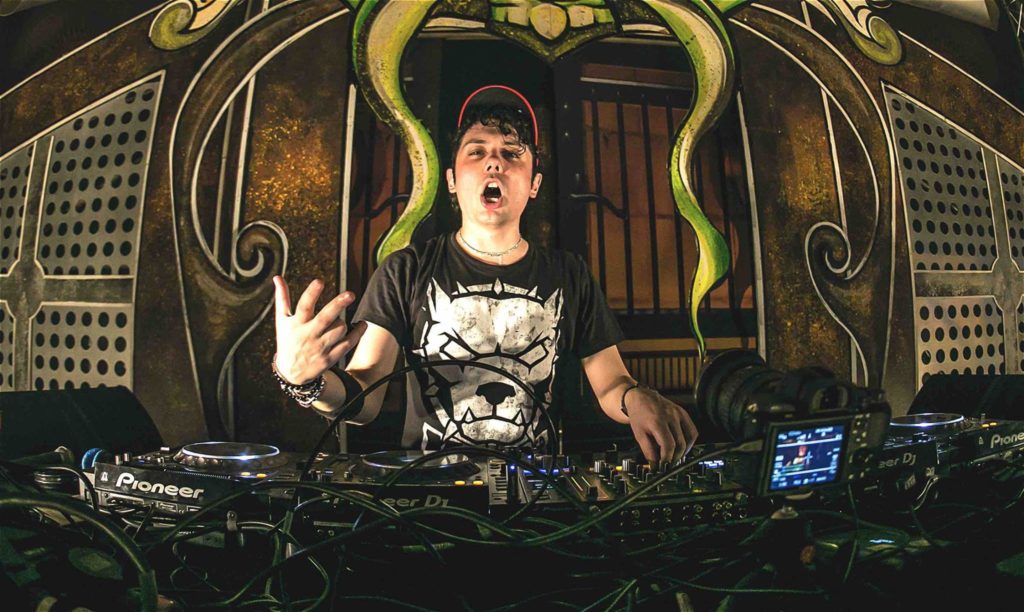 I’ve heard that your first ever Thunderdome experience was quite an interesting one… Care to share it with our readers?
As I mentioned, I attended my first Thunderdome in 1996 and at the time I was 16 years old. As you can imagine, my parents were not thrilled to let me travel to The Netherlands with my crazy friends. Not attending was not an option for me, so I decided to go, without their permission…

I flew to Amsterdam and once I’d arrived I called my parents to inform them about where I was and let them know that I wouldn’t be coming back home until after the event. When I arrived back in Italy they punished me for a few months, however that party completely changed my life and I’m certain that I wouldn’t be here to tell you this story if I hadn’t of made that decision.

Before we wrap this interview up, what’s next for Dj Mad Dog?
First of all, there are many things to do for the label. In December we will release the new Dogfight Hardcore V2, which will include some new artists. There will be an album from one of our biggest artists – more news on that will follow!

Speaking about my own career, these days I’m already thinking about making a new album. I really enjoyed the whole process of it and I miss that feeling already!

Finally, what did you eat for breakfast today?
Nothing!!! Nobody went to the grocery store… The fridge is empty and I’m starving! 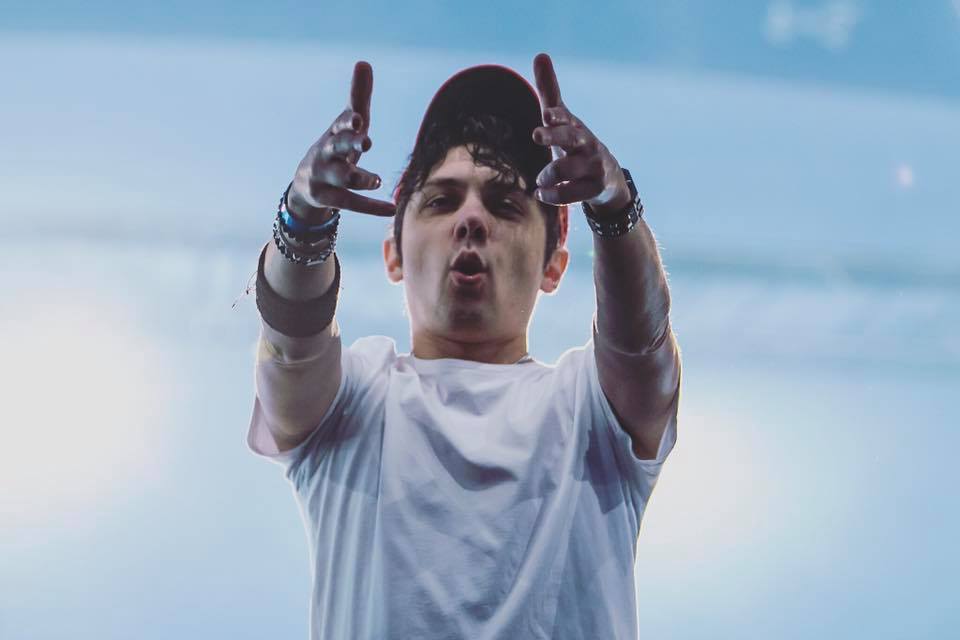 A massive grazie to Dj Mad Dog for this interview! We’d like to take this moment to congratulate him on his album ‘Till I Die,’ his huge performance and Dominator anthem and Dogfight Records’ 1st birthday! For those who haven’t yet checked out his album, it’s available for streaming and downloads HERE.

Stay up to date with Dj Mad Dog at the social links below: