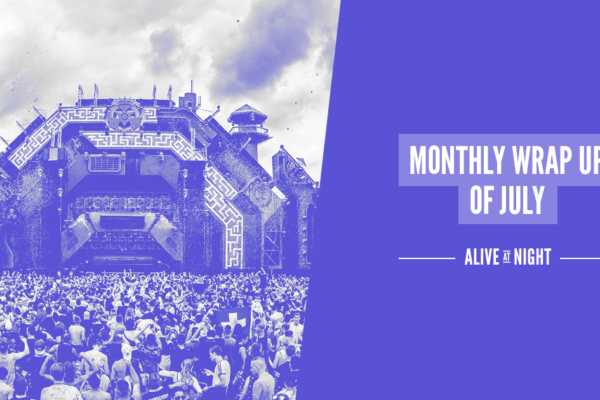 What a month this has been! Rejoice Hard Dance lovers, cause there has been a TON of great releases this month. This is also my first time as a writer compiling a Top 10 track listing of the month and thusly I have meditated, talked to Hardstyle ghosts from the past and ventured deep into the depths of the hardest rave music on the planet.

Alright, let’s stop tripping, I have however dug through a lot of productions this month in order to compile this list and I can’t help but reflect upon what a month this has been. We got two new Hardcore albums, another great edition of Dominator and we see a lot of great Raw Hardstyle and Euphoric Hardstyle as well.

On the other side of things there were some terrible news that struck any music lover, the fact that the lead singer of Linkin Park, Chester Bennington, sadly passed away. So on one end this month has been fantastic and on the other it has not been as fortunate. I think I speak for all of the crew when I say that our thoughts go out to Bennington’s family.

So while I have been going through all my favourite LP tracks, I have also compiled what I consider to be the Top 10 tracks of July 2017, Hard Dance wise that is. So let’s leave negativity behind cause he’s a boring old jerk and embrace some good vibes with this month’s Top 10 Hard Dance tracks of July, selected by yours truly. Here we go!

With his newly-introduced dance move spreading like a wildfire throughout the scene, it’s hard not to be impressed by Neroz’ latest production. It’s raw, it has some pretty aggressive vocals and it’s got that brutal vibe that Raw Hardstyle is all about. Also, not to forget that the theme of this track is based around a Pokemon, which makes this track a clear favourite of the month for this old Poketrainer.

It feels as if I will never get tired of the Noisecontrollers sound. Although it keeps evolving, the quality remains great. Bas has always been in an entirely different division when it comes to mastering and this track is no exception. With a classical playful melody in true NC spirit this track helps lay the foundation of the newly formed label consisting of Atmozfears, Audiotricz, Bass Modulators and the main man himself, Noisecontrollers. What a way to kick off a label! If you haven’t heard of this coalition yet you should type in this track’s name in your preferred search engine and see what you find.

As a matter of fact I have never heard of this guy before. He just recently released an album named ‘Ritual’ and it’s full of Frenchcore goodness. Not only is the album highly creative, his whole style is too. I had to dig in further into this artist so I headed on over to his Soundcloud page and I found out that this is no mere mortal. This is a creative genius right here, he’s got everything from Psy-trance to Drum’n’Bass and even more brainsmackin’ Frenchcore. This track has that awesome French vibe with a playful kick and trippy sounds that  make for a perfect French track. Let’s hope that this multilateral musician keeps his eyes on the baguettes cause as a self-proclaimed Frenchcore fanatic I do believe that this guy can come a long way on the French riviera!

Frenchcore, Up-tempo Hardcore and one of the best rock tracks of all time. Deadly Guns have exploded onto our scene very quickly and it is very understandable with their original style. His Dominator CD-mix actually gave me a lot of renewed faith in Up-Tempo Hardcore, and all of his releases lately have felt like a wind of fresh air. Remzcore needs no introduction, but his sharp french kicks are truly proving their mettle in this beast of a track. Hats off gentlemen!

D-Sturb has arisen from the most underground stages of Raw Hardstyle and straight into the spotlight of the industry and with his latest track he’s really pushing himself even further. Really digging that we see D-Sturb trying something a bit different as well; with “Legacy” it’s as if Raw Hardstyle meets Evanescence, yet still full of that D-Sturb’ed (Has that been said or written before? If not then you’re welcome D-Sturb) sound. With an epic melody and truly beautiful lyrics, this track is almost like a ravers Beauty and the Beast. Make sure you check out the music video below – it’s a work of art in its’ own regard.

He could have done what most of us expected the outcome of this remix to be in a time like this, yes, he COULD have gone for the Psy Trance beat. Yet he maintained so loyal to his sound that just by hearing this massive production I recall the good old days of Wildstylez. There is definitely nothing wrong with the psy-beat craze, but the original of this track did not need a harder bassline, it needed a true Hardstyle kick in its energetic 4 by 4 rhythm. With spaced out sounds accompanied by a massive Nu-Style kick and a melody that resembles the true sound of Wildstylez this track makes its’ way to spot number 5. A lot of stuff seems to be going on for Wildstylez as of now, and I gotta say that with this release he is actually starting to make a comeback into this former Hardstyle fanatic’s heart. (A long time ago, at a rave far far away I was actually just into Hardstyle… I know right…)

“Better to burn out than fade away”

The lyrics are so well thought out, as one final Au revoir the legend Outblast himself finally released his farewell-track together with Angerfist and MC The Watcher. What’s striking to me here is that even the melody itself gives me that creepy feeling of leaving someone, not just a simple ‘seeya later on the Frenchcore stage m8’ but more of a permanent.. farewell. Even though Outblast told us that he will be working primarily behind the scenes and that he is still around with us it’s still a track that leaves at least this writer with an eerie sense of being left by someone important. Truly a masterpiece! The track premiered at Masters of Hardcore earlier this year and many fans have been eager to get their hands on it, so eager that it made it to the NUMBER ONE spot over at the Top 100 at Hardtunes.com, and since its’ release it has maintained foothold. Well deserved!

It’s not that often we see artists explode onto our scene as MYST has done. It seems like this revolutionary producer is going to keep on giving us one classic after another. With inspirational vocals, a truly shiver-triggering melody and an incredibly wide kick this is yet another one of MYST’s greatest releases. Who would have thought that Raw Hardstyle could become this euphoric? There is a true feeling of greatness in this track and therefor it’s a solid third on this month’s Top 10.

Holy SHIT! A track that was a true smasher just got better. Luxxer has added his explosive Hardcore sound to an already highly implodable track. With its beastlike kickrolls, this track just became even more deadly. A truly twisted main part with its slightly faded melody it all makes for some juicy Hardcore goodness. My biggest wish right now is to see this one on one of the big stages accompanied by a sick setup of lasers.

That backbeat in the beginning still drives me nuts. I wrote about this goodie in my Mad Dog review, which you can read here. When the Italian Hardcore legend himself played it at the endshow of Dominator just a few weeks ago and I heard that intro kick off, a feeling of satisfaction hit me. I knew then and there that those brutal kicks and that epic climactic melody was going to be accompanied by a sick array of lasers and a heavy arsenal of fireworks. I wasn’t wrong, and if you missed it. I don’t advise you to watch the endshow on YouTube, cause you might kill yourself after seeing what you missed. This track definitely brings home the number one spot of July 2017, congratulations Mad Dog, keep on bringing us Hardcore! 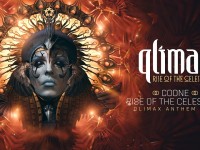