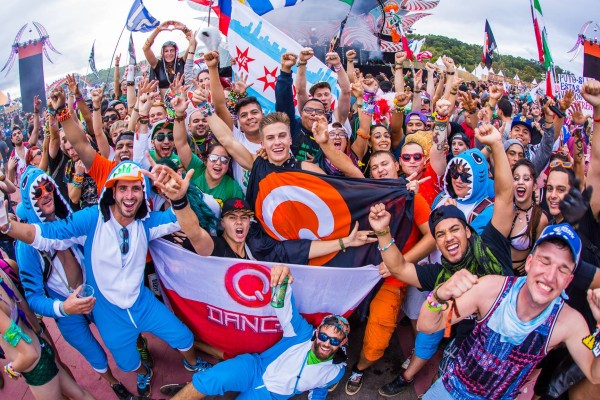 Let’s face it. There’s always at least one so-called fan who’s bitching online and complaining about ‘early Hardstyle being waaaay more enjoyable than the new crap that’s floating around.’ Maybe that person is you; maybe you entered the scene in the good ole’ days and only feel connected to it by reminiscing on the sweet sounds of early Hardstyle. I hate to break it to you, but as sweet as 2009 was, those days are over; we’ve entered a new era filled with new sounds and possibilities.

It’s not what you wanted to hear, I know, however the music being released today is just as good as what was released back in 09. With that said, this article is hereby dedicated to those who may have fallen out or have lost faith in the 150BPM over the past couple of years. We’re going to prove to you that the pioneers are still producing great music and the next-generation of artists are looking as promising as ever!

In no particular order, we present thirty tracks from 2015 and 2016 that argue that new music is just as gold as the old.

1. Noisecontrollers – All Night Long
All hail God! After a decade of devotion to the harder styles, with each release Noisecontrollers still seems to be bringing out fresh and innovative tunes. Feel-good jam “All Night Long” is the perfect example of when modern production and creativity collide.

2. B-Front – Blackness
2015 release “Blackness” is an intense, emotionally-fuelled masterpiece that captures a supernatural atmosphere. You thought only old music could make you ‘feel’ something? Well, you’d better think again.

3. Demi Kanon – Supersonic
Next-gen melodic mastermind Demi Kanon burst onto the scene in 2015 when he released “Supersonic.” This uplifting, euphoric gem will prove to you that not all modern music sounds like an overload of cheese and high-noted whinging.

5. Frequencerz – 12FU
“12FU” is merely the start of what Frequencerz have brought to modern Hardstyle. Taken from their debut album ‘Medium Rare,’ this duo accurately sum-up the past, present and future of Hardstyle. Blending raw and melodic elements, they’re pioneering in turning a whole new leaf.

7. Noisecontrollers & Bass Modulators – Solar
Don’t even get me started on “Solar.” I personally feel as though this deep-house inspired masterpiece is THE best thing I’ve heard in years. It’s a modern classic and there’s no doubt that 10 years down the track it’ll still be deemed as legendary.

8. E-Force feat. Nikkita – Illusion
After releasing raw banger “Seven” in 2014, many thought the scene was doomed and that ‘raw’ Hardstyle would cross into Hardcore more often than not. However, E-Force has recently surprised fans with his 2016 release “Illusion,” a track that incorporates melodies (yes), hard kicks and pleasant surprises.

9. Josh & Wesz – World At Peace
At the beginning of 2015, Josh & Wesz made a comeback into the scene with a handful of releases. Despite not following these up, fans can still bask in the glory of “World At Peace,” a track that cleverly combines both old and new.

10. Phuture Noize – Shallow Waters
Atmospheric-raw pioneer and boy wonder Phuture Noize has reinstalled faith when it comes to modern productions. This next-gen pioneer has proved to listeners and other producers that complex sound design and a firestorm of emotion really goes a long way. His track “Shallow Waters” featuring Snowflake is a beautifully balanced track that will make you re-think your statements about modern Hardstyle.

11. Clockartz – 4 Da Floor
Italian duo Clockartz are yet another example of a promising next-gen name. Known for their knack for blending together everything in the kitchen, their track “4 Da Floor” is a powerful, energetic production that will blow your socks off.

12. Geck-o – International Outernational
Despite taking a slightly different route from his cherished ‘Soul Train’ days, Geck-o proves that he’s still got it when it comes to making trippy, out-of-the-box music. We’re hoping that more artists choose to experiment the way he does.

13. Aeros – Move
For those who think that modern ‘euphoric’ Hardstyle only consists of gay, overdone melodies and whinging vocals by people who need to stick to pop music, then you’d better think again. Along with his AVIO buddies, Aeros is revealing a whole new light on the melodic spectrum as he brings back that well-needed energy and drive that melodic Hardstyle is lacking. #AVIO4eva

14. Frequencerz & Tartaros feat. MC Jeff – Wolfpack
When “Wolfpack” was dropped, fans around the world spun into a frenzy. And it’s all for good reason – the track fucking rocks! The vocals accurately sum up what Hardstyle is all about and the production itself will make you reconsider any negativity towards modern music.

15. Mark With A K – See Me Now
Tek legend Mark With A K dropped the emotionally-fuelled “See Me Now” in 2015. A track with a true message, this sentimental, yet melodic work of art is rather moving.

16. Delete – The World Is Yours
Delete is the perfect example of an artist who’s bringing the underground sounds to mainstages. His productions are so far beyond what most other producers are doing; his sound design, the atmospheres he creates and the overall quality of his releases are just a few reasons why his music is extremely promising.

17. Blackburn – Ancient Egypt
Unlike a lot of modern releases that are based on being a party-banger or about killing people, AVIO kiddie Blackburn has incorporated an actual ‘theme’ in “Ancient Egypt.” The melody is so damn catchy and I can’t help but think of the benefit Hardstyle would have if tunes like this were pushed a little harder.

18. Prefix & Density – Just A Memory
Prefix & Density are yet another name who are pumping out music of a remarkable quality. They accurately represent the present and future sounds of Hardstyle as they execute raw/melodic crossovers with precision.

19. Endymion & MYST – Death Never Dies
Another reason to listen to modern Hardstyle is because Hardcore legends Endymion are now successfully planted in the scene with their label Nightbreed. Their new music is known for its atmospheric and musical approach and their track “Death Never Dies” alongside MYST will send shivers up your spine!

20. Noiseshock – Beyond Reality
Another forthcoming name who is anticipated to blow up is Noiseshock. He’s smashing out euphoric hits left, right and centre, making the future of melodies looking rather promising.

21. Radical Redemption – Suicide Bassline
All hail the mighty Radical! For all of the raw ‘haters’ out there who think that this sound requires zero thought, you should listen to the kickrolls and clever percussion in “Suicide Bassline” before making judgements. This track is colossal and the demolishing kicks will literally blow you away.

22. Cyber – Everything Is God
Cyber could very well be the next Noisecontrollers or Wildstylez. His perseverance and regular releases over the past year have made him a favourite amongst fans; his sound showcases such a high level of quality as he blends funky reverse bass with modern melodies and sound design.

23. Warface & E-Force – Disphoria
Released on Warface’s second album, “Disphoria” alongside E-Force will not only convince you that modern Hardstyle is awesome, but may just make you a prospective ran of all things raw.

24. Da Tweekaz & Frequencerz – Full Control
From two opposite ends of the spectrum, two equivalent duo’s teamed up for one of the biggest collaborations our scene has seen in years! Da Tweekaz and Frequencerz created the bangin’ crossover “Full Control” which boasts dance-floor vibes, sound design and captures the best of both worlds.

25. Act Of Rage – Brain Confusion
Upcoming Minus Is More sensation Act Of Rage threw the scene into a curveball with his quirky 2015 hit “Brain Confusion.” Forget the overly raw, overly brutal ‘stuff,’ this track is musically interesting.

26. Sylence – Expand
U.S-based producer Sylence is known for his unusual and floaty chill-style sound. His releases are heart-warming and prove that there’s some great artists piloting the scene around the globe!

27. Kronos & Drone – Level 2
Italian bro’s Kronos and Drone have been pumping out incredible tunes for years! Their initial collaboration “Game Over” was followed up in 2015 with “Level 2,” a pumping and entertaining track that doesn’t follow any kind of ‘formula.’

28. Digital Mindz – Resonant Pt II
Combining spine shivering melodies with thumping kicks, “Resonant Pt II” will seriously make you reconsider your thoughts on modern productions. And with Digital Mindz producing masterpieces like this all the time, there’s no excuse but to get listening and fall in love all over again.

29. Devin Wild – Everlasting
Little Devin Wild may be young, but don’t be fooled – his productions are of such an impeccable quality, setting the bar high for the new wave of artists rolling in. His 2014 release and melodic masterpiece “Everlasting” is convincing and is even more epic than something from back in the days.

30. Drone – The Hybrid Player
Modern Hardstyle isn’t about sub-genres, it’s about next-level sound design and a fresh wave of creativity and Drone’s “Hybrid Player” showcases exactly that. So for those who have fallen out of touch with the genre, I suggest you listen to this track and experience the magic once again.

There you have it – thirty diverse tracks that prove that modern Hardstyle is just as good as the older releases. We hope that this list has somewhat changed your mind and past assumptions about new music. 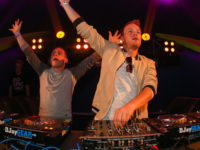 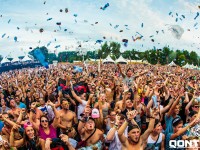