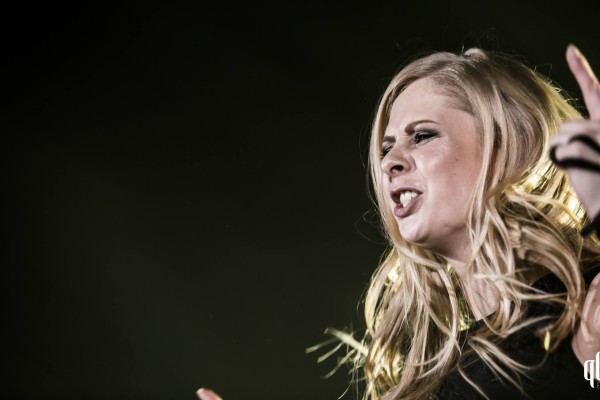 It has been approximately two months ago since I conducted a long interview with Diana Zwerwer, who’s better known under her alias ‘Deetox.’ The core of this interview was to explore the experience of a female producer surrounded by a testosterone-controlled scene. This talk turned out to be one of the most open and informative interviews I have conducted so far.

The interview was held just after Diana took entry in her newly built studio and the smell of freshly mounted paint was still quite intense. As the dense and sharp smell clouded its way around us, we sat down and talked about the false stigma of being ghost produced, a male dominated scene that functions as an extra motivator, and how female appearance is sometimes shamefully used as a marketing tool…

Diana is unique, first of all because she is one of the only successful female producers within the Hard Dance scene.

Surely, this answer gives clarification in means that females in general are not attracted to the life of a producer as it drains time in one’s social life. But still, it does not elaborate on the fact that only a few female producers have become actually successful.

Diana smartly adds, “Maybe I am not a real lady, haha,” but then her tone shifts back to seriousness again as she states she made essential features, which she describes as ‘typical men’ her own: “There lies a clue in the patience of being in the studio day and night. I am able to do this whilst most girls, in my opinion, simply do not.”

And so, patience arises as the answer for her successes…

My mind gets a bit distracted and I have to admit that I love the smell of fresh paint. It is the same weird attraction that I have, since I was young, to the smell of gasoline. I refocus. While the interview is going on I start to think and understand why Diana has gained such respect amongst a critical scene.

Not only has she started to crumble down the obstacles for future female producers, she also is a highly integer person. It seems as she really cares for the issues female producers face. A couple of weeks before this interview she posted the following message on her Facebook “I don’t need my looks to become successful… Passion + Hard work = Deetox.” I had to ask her about her intentions, but primarily, about why she posted this controversial statement… 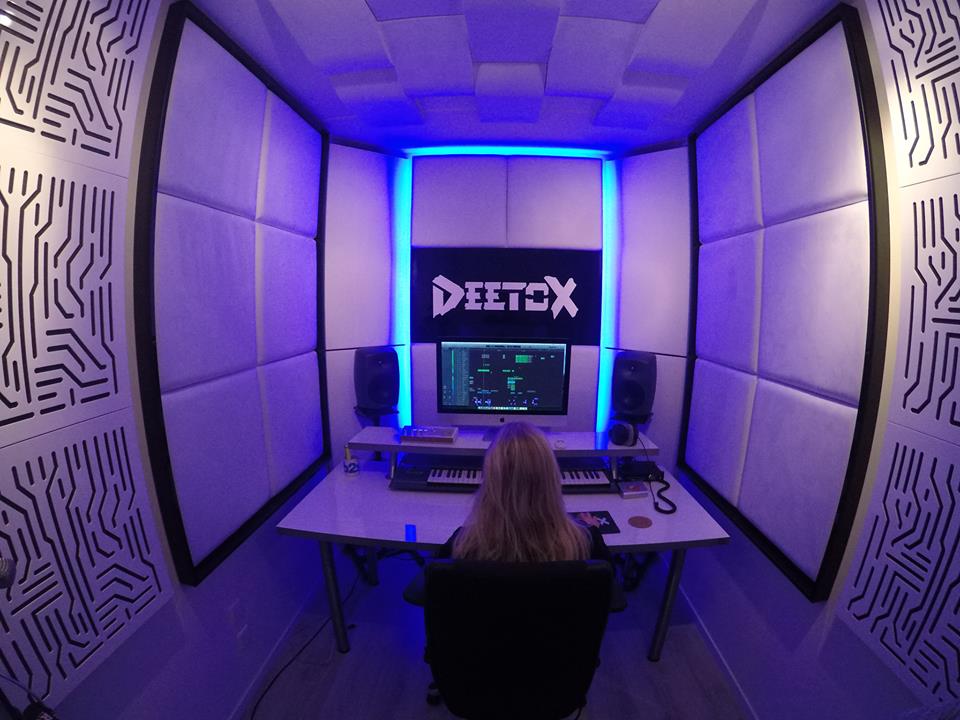 Openly Diana explained me, “It seems as if some female DJ’s use their appearance as a prominent tool to gain popularity. This way of marketing does not suit me, as I personally believe this is the wrong way to go. I want to compete with men only through my competence as a DJ and producer. Female or men, people should be judged by their talent, not their appearances.”

For me, sitting at the other side of the table, this explanation did not feel as hate or jealousy. Rather, it felt as an emphatic disappointment for the way some female colleagues exploited female features over the essence of producing and DJing. Diana somehow deeply felt as if the essence of producing should always be more important than the employment of certain phenotypes.

So why should she even bother about other producers? The interview from here upon took a rather abrupt turn. My eyes where slowly opened to issues of stigmatisation a female producer and DJ has to deal with in this scene. Continuing on this topic, Diana explained “There is a general belief that some female DJ’s are merely projects. These female DJ’s are thought of to be supported by ghost producers, while their appearance is used as a marketing tool to generate popularity.” 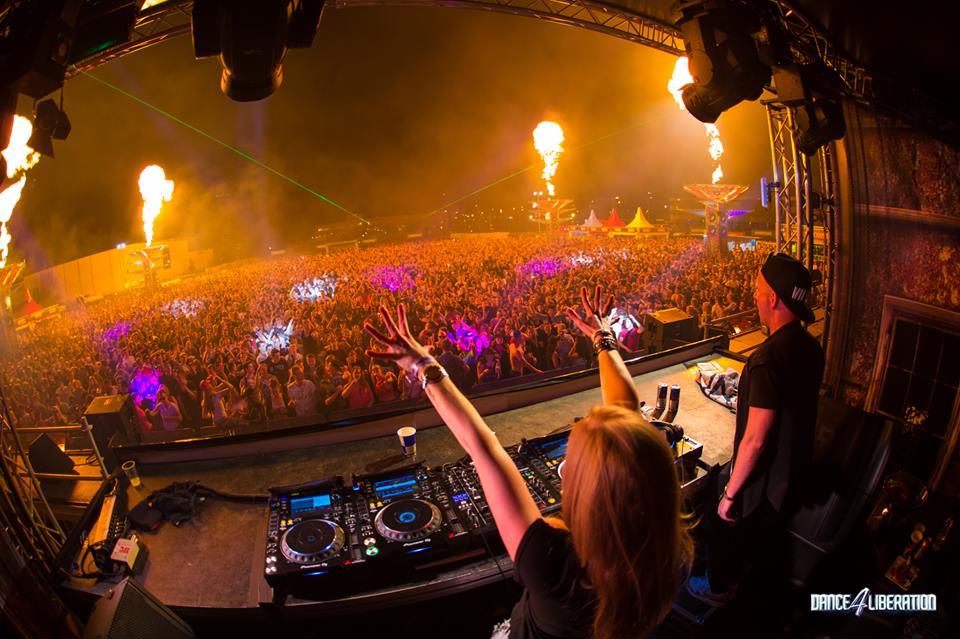 The problem with this issue, as Diana explained, is that it enforces the stereotype of female DJ’s only capable of reaching the top through the help of ghost producers. Diana continuous, “Because of this sad development, female producers need to work twice as hard to prove the stereotype wrong.” And she adds, “For me, I still need to deal with this sort of scepticism weekly. There is this eternal doubt, call it a stigma, if it is really me who produces my music. For a long time people didn’t even ask me ‘if’ but’ who’ created my music.”

It is with sentences like these that a fire starts to flicker in Diana’s eyes and so she continuous, “I see this doubt as a compliment, as proof that the music I produce is just as good as any other track produced by a male.” 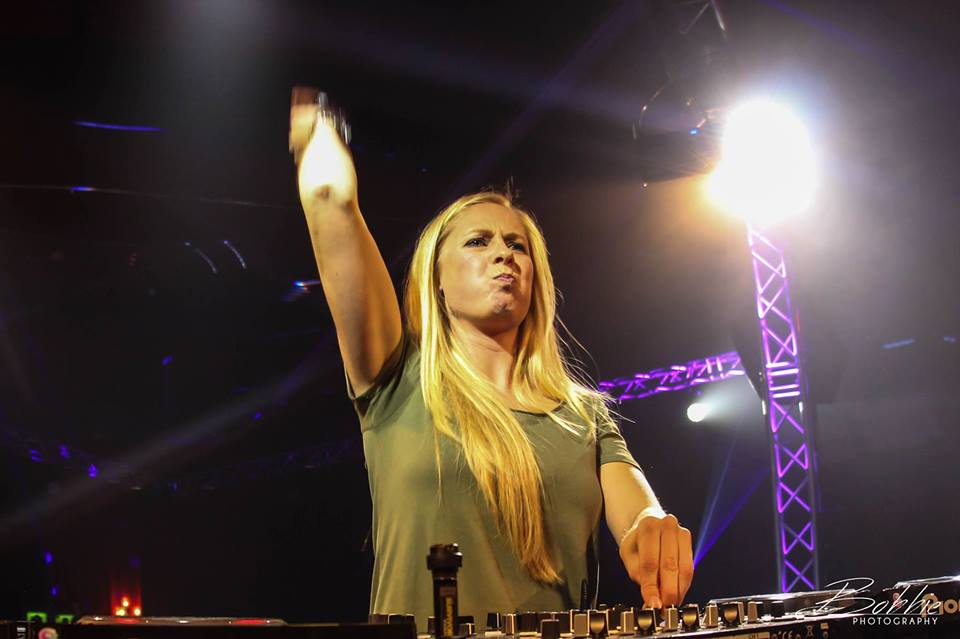 By trying to unravel the duality between male and female producers in this scene, people sort of get stuck in the lexicon of this duality. By addressing this issue alone, we already make the distinction between male and female producers. By fighting difference, we need to accept the difference in the first place – meaning that we should stop looking at the differences between men and women, but at their similarities.

As I could not agree more myself, Diana argues, “This (female/male) distinction should not be of any importance. It is simply irrelevant. What is relevant is talent, competence, passion and the quality of music. This should be the features on which DJs and producers should be judged upon.”

Read well, one detects that this is not a cry-out for more female producers in the scene. However, men and women should be equally judged on their production and DJ skills as talent ought to decide who reaches the top and who not. 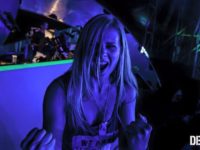 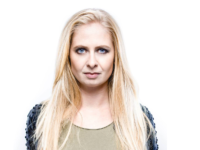 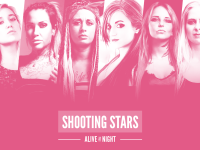