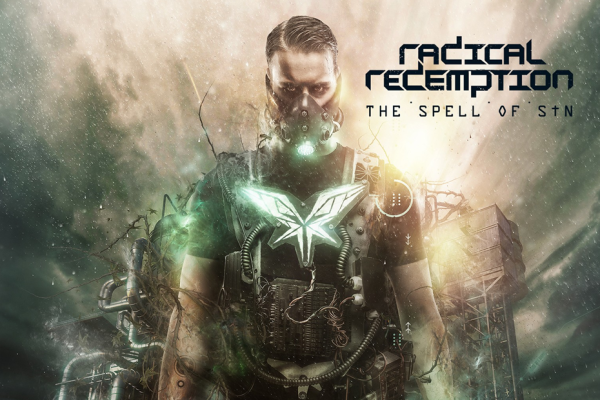 An album is a body of work that showcases not only an artists signature style, but also breaks boundaries, thus outlining their abilities when it comes to production. Earlier days in Hard Dance music brought such a unique and impeccable collection of music, sometimes coming in the form of single releases, EP’s and yes, albums. Unlike the earlier days in hard dance where producers had the time and freedom to sit back for six months and produce an album; today’s demand for music is higher and the turnover of tracks is quite quick.

Nevertheless, many artists have managed to bring out some fanastic music during this time, turning a whole new leaf in hard dance music and today as a good ole’ #TBT, we’ve gone through an incredible catalogue of albums in hard dance and have written about our very favourites. The other week we took a look at albums from 2008-2011 and today we will go through albums from 2012 right up to the present day.

Da Tweekaz: Time 2 Shine (2012)
Before exploding in worldwide exponential growth, these two crazy Norwegians were around for years, spreading their signature Tweeka sound. Their 2012 album ‘Time 2 Shine’ is one of the most feel-good albums of all time and it sheds a whole new light on the possibilities within euphoric hardstyle. Da Tweekaz can pull anything off, whether it’s using S Club 7 in Hardstyle or creating fresh and innovative melodies, they’ve got it covered!

Noisecontrollers – E=nc² [The Science Of Hardstyle] (2012)
With the way that Noisecontrollers produces, you can seriously classify Hardstyle as scientific. Everything in this album is immaculate, even the way it’s cleverly set out with the intro, the solid build-up throughout the album and the hardcore ending. Containing evergreen tracks such as “Pillars Of Creation,” “So High,” “Universe Was Born,” “Knock Out” with The Pitcher and of course, wacky dubstep creation “I Just Wanna Know” by Pavelow, ‘E=nc2’ secured its spot in the hearts of fans worldwide as one of the most innovative albums. 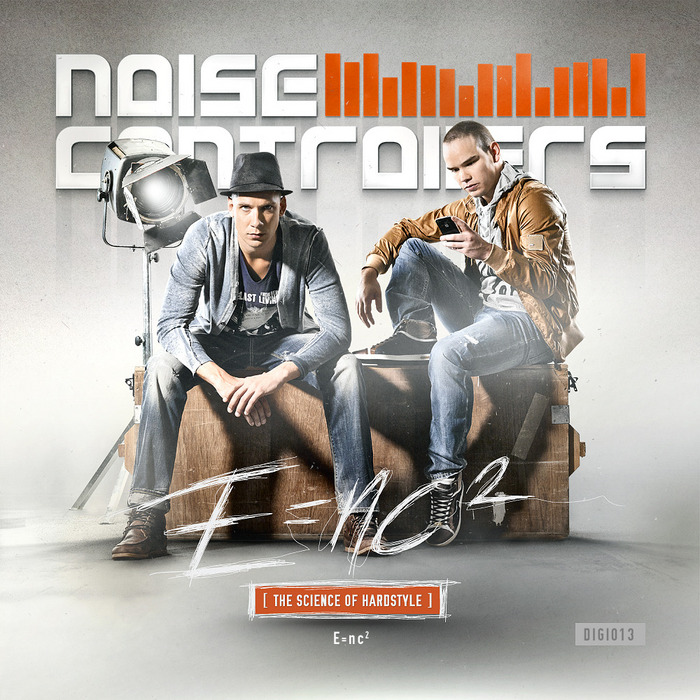 Radical Redemption: Spell Of Sin (2013)
The Spell Of Sin played a vital role in modern hardstyle, particularly within raw hardstyle. It broke down former boundaries and opened fans and other producers up a whole new world when it came to this newly established ‘brutal’ sound. Tracks such as “Prostitute,” “Accumulated Filth,” “Brutal 3.0” and “Don’t Fuck With The Radical” with MC Jeff set the tone, proving this hardstyle heavyweight as a force to be reckoned with. The album also did huge things for Radical Redemption, who experienced a sky-rocketing career that is still exponentially growing with the recent release of his third album “One Man Army.”

Noisecontrollers: All Around (2014)
‘All Around’ is a spectacular album that melted my heart the first time I heard it. The thing that I love about this album is that it’s experimental in its nature, the sound design is out of this world and unlike a lot of modern hardstyle, it’s interesting to listen to. The album also contains some of the best instrumentals that I’ve ever heard in hardstyle such as “Static,” “Circles,” and “Waves,” a track that makes me feel as though I’m literally floating through the oceans waves. Noisecontrollers, you are God.

Warface: Art Of War (2014)
Art Of War was an album that saw Warface’s career instantly skyrocket. The duo pushed this whole new approach to raw hardstyle that cleverly blended industrial and hardcore elements to it; making it a hit among both hardstyle and also hardcore fans. Tracks such as “FTP,” “Schizophrenics,” “Art Of War” with MC Nolz and “Total War” were huge hits on the charts and among the public, however this album was certainly not for the faint-hearted! Most recently, Warface released the highly acclaimed “The 9 Circles,” a cleverly set-out conceptual album that explores a deep storyline and was a big hit among the hardstyle community.

Hard Driver: Point Break (2014)
If there’s one thing that this Belgian prodigy nails every time it’s creating larger-than-life atmospheres and injecting this superb ‘realness’ into his music. Released during the second half of 2014, Hard Driver’s debut album showcased not only his knack for designing high-quality Hardstyle, but it also outlined his versatility throughout the genre with the tracks ranging from powerful and melodic to darker and harder collaborations. This album just goes to show that raw hardstyle can be powerful, yet not overwhelming.

Frontliner: The Summer Of Frontliner (2014)

2014 was the year that the melody-man was well and truly on a roll! There was no stopping him in the studio and as a result of this abundance of creativity, “TSOF” was born. From the 21st of June until the end of September, Frontliner released one track per week, claiming the summer-time and the hearts of fans with this feel-good collection of music! Containing incredible and timeless tracks like “Galaxies Collide,” “Summer,” “Beam Me Into Space” and who could forget “TBA2?!” Everytime I listen to this album all I feel is happiness; because that’s what summer and the beloved festival season is all about!

Phuture Noize: Phuture Propaganda (2015)
Phuture Propaganda is undoubtedly one of the most interesting albums when it comes to clever sound design, experimental approaches and originality. Producing his first album at the ripe age of 18, Phuture Noize is the youngest hardstyle producer to release not one, but two outstanding albums before he hit 21. Phuture Propaganda is a 3-part conceptual album that blends intense atmospheres with raw tones, hard kicks and deep storylines. Something I really love about this album is the continuous mixes that are split up with interludes that resemble the given ‘theme.’ Unfortunately with the state of hardstyle being about ‘being the hardest MF,’ this album slipped under the radar a little bit and deserves a lot more recognition than it got. I challenge readers to listen to this album from start to finish; it will seriously open your mind.

Da Tweekaz: #Tweekay 14 (2015)
#Tweekay14 was a result of a highly successful project that Da Tweekaz embarked on in 2014 that involved them releasing one track and a video-clip each month. Whilst many euphoric producers were making dull house remixes and not doing much to innovate the genre, Da Tweekaz were locked behind studio doors, striving to keep their legacy high and push forward a collection of fresh and unique new tunes that would take the scene by storm! And guess what? They succeeded and managed to maintain their name as core representatives of euphoric hardstyle.

Wildstylez: Lose Control (2015)
Revealing that the sole aim of Lose Control was to bring back positive vibes to the genre, pioneering artist Wildstylez succeeded with his mission and released an album that represents what he stands for as a producer; high quality, great sound design and also bringing fresh talent to the forefront. Consisting of some incredible tracks and collaborations with the likes of Noisecontrollers, Audiotricz, Brennan Heart, Zany, Max Enforcer and more, this album didn’t quite pick up the attention that it deserves and among the raw-dominant year it’s nice to hear something fresh and melodic. 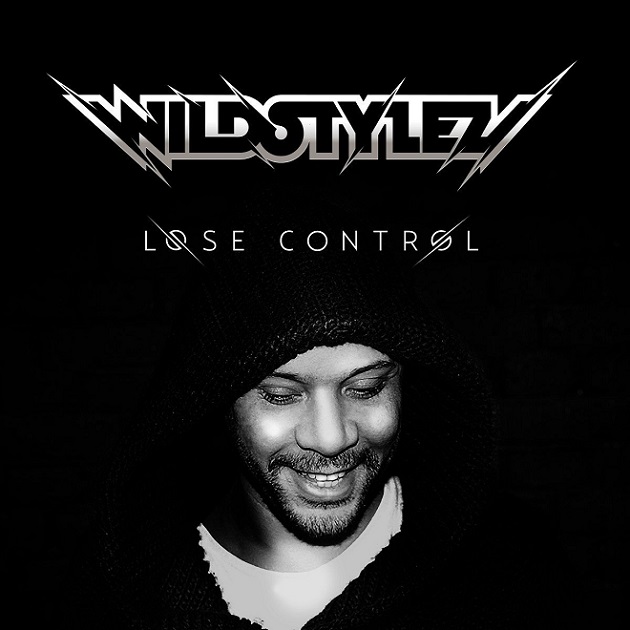 Darren Styles: Feel The Pressure (2010)
UK Hardcore king Darren Styles brought out a pretty sweet album back in 2010 that doesn’t fall short of the quality that he’s renowned for. Although it’s a bit of an oldie and he’s released some fantastic tracks since then, it’s definitely worth a listen and also a great album to listen to whilst working out!

Mark With A K: The Next Level (2013)
Tek hero and Belgian God Mark With A K has released quite a few albums over his time, well, four to be exact. His most recent album, ‘The Next Level’ contains a lot of modern classics such as “Forever Young,” “You’re My Angel,” “My Life” and “Krijg Ons Niet Stil” with Ruthless and MC Alee and is highly recommended if you feel like breaking out of hardstyle, yet wanting something uptempo. 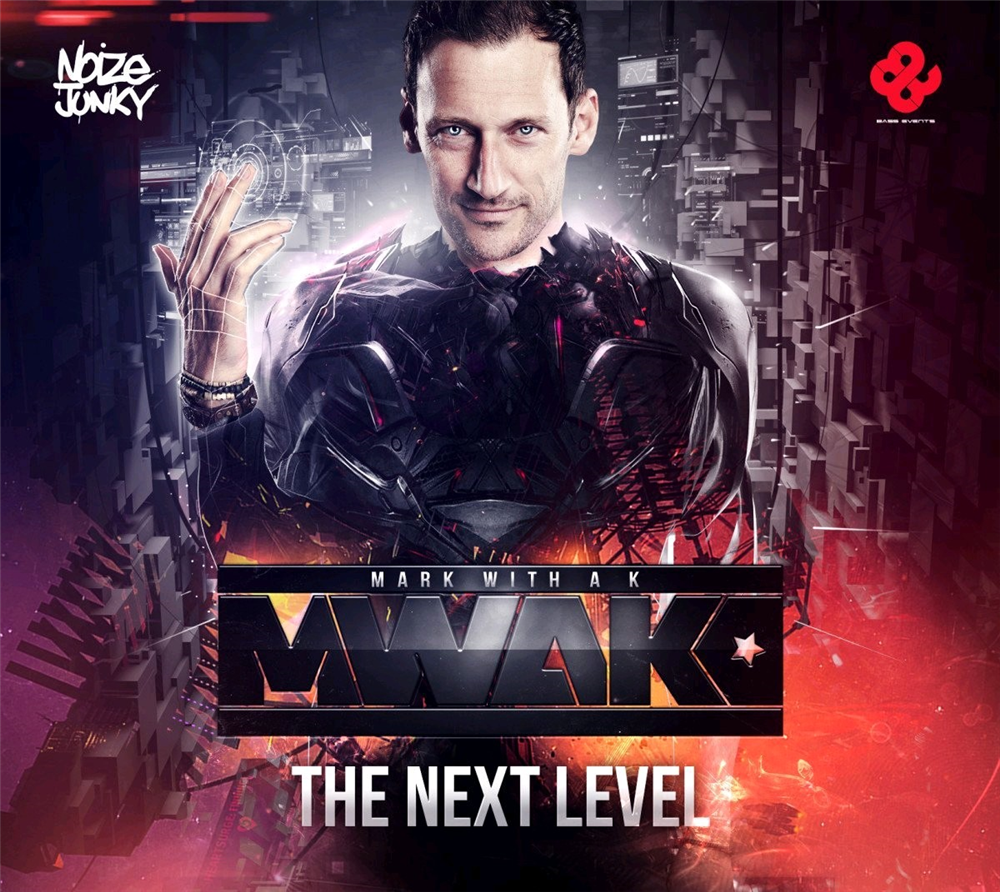 Geck-o: A New Wave (2015)
Token experimentalist Geck-o made some waves within the community when he released his debut album “A New Wave.” We wouldn’t classify it as hardstyle at all, however it’s hard music that boasts endless creativity; you can literally feel your mind open up when listening to it.

We hope that you all enjoyed reading about this list of incredible albums! Who do you think will be next to announce an album in 2016? Let us know in the comments below!