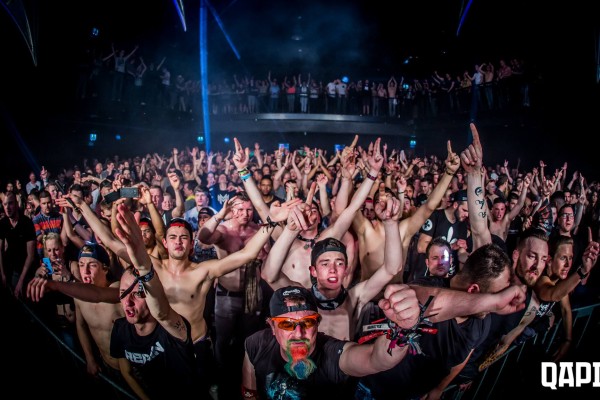 For disciples and followers of the Harder styles, specifically the darker sounds of raw, it’s a no-brainer that this specific style and movement can be characterised by rapidly fluctuating trends. Once a remotely ‘cool’ or aggressively appealing production technique is discovered (or revived), it spreads like wildfire amongst the colossal pool of producers, until listeners start complaining or artists realise that it’s overdone and subsequently back away from the trend.

A prime example of this very oscillation was the standard Raw Hardstyle ‘formula to success,’ which consisted of overly-distorted kicks, vocals ripped from a 90’s rap track and screeches that better resemble a dying cat. Fans and a handful of melodic producers argued that these sounds were pushing the boundaries of Hardcore too close for comfort as the ‘noise’ drowned out the more ‘traditional’ Hardstyle sounds. On the other side of the medallion stood delighted fans and underground producers who were ecstatic to see that the bellicose and harder sounds were in the spotlight. Nonetheless, as the divide heightened, Raw Hardstyle producers also began coming to their senses about where the genre was headed. Countless amounts of producers began preaching that they were “sick and tired of mundane kick-screech raw Hardstyle that served no musical appeal,” their opinions and desire for change leading to new discoveries. 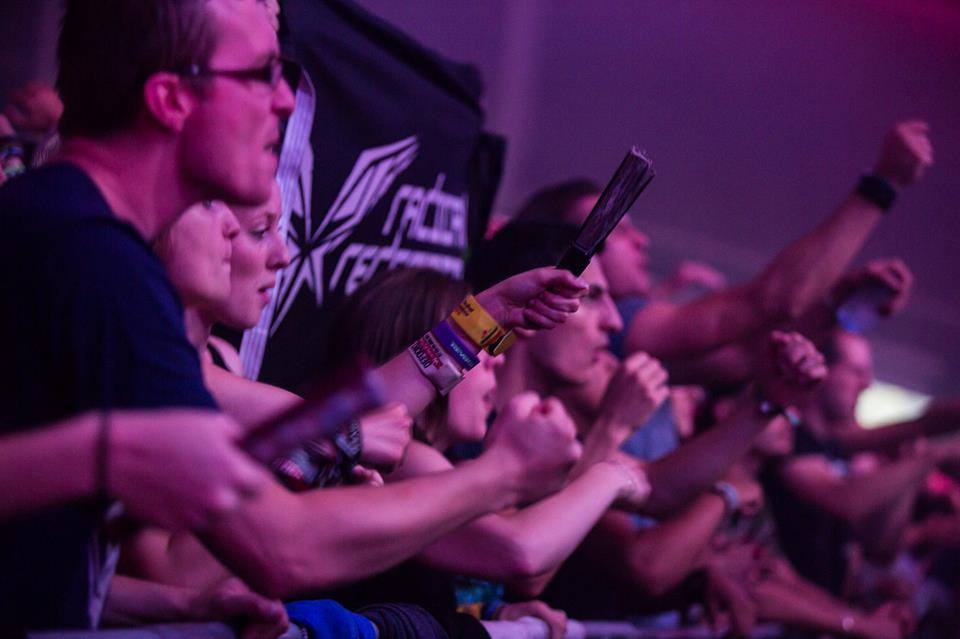 So, basically that’s one way to summarise the ongoing cycle of trends. It’s inevitable and this whole trend cycling probably happens in every single genre of music. I mean, look at mainstream EDM nowadays; if you’re not making Diplo-styled twerk trash or something dance-worthy, then your road to stardom will be significantly harder.

Let’s glide onto something more relevant in terms of Hardstyle’s current state. Now, I’m not saying that I particularly despise this current ‘trend’ (if you can call it a trend), however recently it seems as though Raw Hardstyle producers who opt to include this specific technique in their tracks do seem to generate immense hype. I’m not going to lie, I enjoy drumming along to a stream of aggressive kickrolls as much as the next fan, however lately this ‘trend’ feels a little overdone and it seems as though the abundance of complex percussion has overtaken other sound design techniques.

Kickwhat? Oh, for those who seemed to have missed the memo, a kickroll can be defined as a fast repetition of kick drums. Based on drumming, it’s evident who one of the main pilots behind this illustrious technique was – yep, I’m indeed talking about the percussion fanatic Radical Redemption. From his debut album “Annihilate,” it was evident that this raw Hardstyle heavyweight used his knowledge of drumming to his advantage, becoming eminent for adding this unique, rock-inspired edge to Hardstyle. If fans went crazy over the kickrolls used in his first album, then boy, they were not prepared for what his second album brought and not to mention, his third album “The One Man Army.” This third album contained an eclectic selection of immense tunes that spread across the entire Hard Dance spectrum and of course, the vast majority of the tracks contained out-of-this-world, industrialised percussion.

In my opinion, a combination of this very album with the spawning popularity of kickrolling made Radical THE go-to artist when it came to aggressive, hard-hitting drumming. Radical Redemption isn’t the only artist using this technique; nowadays a lot of established and upcoming names use this technique as honourable mentions go to Sub Zero Project, D-Sturb and Regain. Kickrolls are one of the key ingredients to the majority of modern raw Hardstyle tracks and it’s not without good reason – they add an extra layer of intensity to a track and create special moments for the crowds who are challenged to match every single beat by rapidly swinging their arms in the air.

Don’t be fooled though, kickrolling has been going on for a long time, however as time has gone on and raw Hardstyle has experienced exponential growth, this technique is amplified more and more, with the drum patterns increasing in complexity. As dumb as this may sound, but this fundamental drumming technique has recently become an immense ‘hype’ amongst raw Hardstyle community. Production-wise, it also seems like a technique that has the ability to bring inject an average track with extra dance-floor potential… Don’t get me wrong, there’s absolutely nothing wrong with making dance-floor oriented music, I mean, that’s one of Hardstyle’s fundamental values, however let me ask you this: How, I repeat HOW does a fucking drumming technique become such a huge hype?! And since when was a raver considered an absolute cool-cat because they got every ‘drum stroke’ on point? I’m sorry, but there’s so much more to this scene than taking selfie videos air-drumming and lip-syncing lyrics. Even on social media you can see fans left, right and centre jumping on board the kickroll bandwagon, being lured into this catchy, yet random trend. I mean c’mon, videos of people kickrolling are going more viral than the Defqon anthem, making me ponder and ask you all one very important question – is this what we really want?

I can’t be the only one who used to stand around at a festival, craving to hear a track that comprised of intense kickrolls that I could drum along to; however sadly it’s becoming such a commonality to the point where 99% of an average Raw Hardstyle DJ’s set comprises of kickroll-based tracks. Not to mention, festivals nowadays have gone from a place of hakken or (relatively) normal dancing to thousands of people aimlessly drumming in the air. Sorry to be the bearer of bad news and a massive party pooper, but quite frankly it’s becoming a bit of an overkill. And I don’t want it to become an overkill, because it’s a great technique that adds a unique dimension to Hardstyle and is one to differentiate artists from one another.

Music-wise, personally I don’t think that it’s a great idea that every single producer begins using this certain ‘formula,’ because it really runs the risk of becoming another dead-end trend that’s avoided or looked down on in the future, just like previous patterns we’ve seen in both raw and melodic Hardstyle. Not only that, but over time it becomes a standard in Hardstyle and makes it harder for producers who don’t want to use this technique. For example, fans have the idea in their minds that raw Hardstyle NEEDS an endless stream of aggressive kickrools to be worthy, then it will make it incredibly hard for producers to get attention from a solid track with great sound design, minus all the unnecessary kickrolls.

Rewind back a couple of years ago when ‘harder’ Hardstyle was characterised by big atmospheres, non-stop energy and round, full kicks. Producers prided themselves on creating larger-than-life kicks and wacky sound design, however nowadays the simplest track with a couple of kickrolls thrown in the drop has massive hit written all over it. For producers, it’s important to try not get swept up in formulas to quick success or trends unless your heart is behind it one hundred and ten percent. And for fans, you guys are the ones who are fuelling the fire and have some degree of control over what’s hot and what’s not – so please, that some producers feel pressured to give you guys what you want instead of making music that comes from their hearts…

Hardstyle should be a genre that prides itself on being diverse and boundless, so let’s encourage the differences between artists instead of asking for the same dish over and over again. In the end it will bring immense growth and prosperity, as opposed to the continuous recycling of trends and formulas…

Yep, I guess that’s a wrap! Let me stress that this is just one gals opinion, so let’s take it to our readers! What do you all think? Are kickrolls becoming a little overdone? Or do you love the trend til the world ends? Let us know in the comments below!


All the raw is overdone, overhyped. I listening and going to hardstyle party’s from 2000 till now, but i missed the famous ‘hardstyle family’ atmosphere at party’s. Everyone especially by the raw is doing there ‘own thing’.

Ok, i’m getting older (33) maybe its that the reason i see things otherwise….but raw hardstyle have change everything…the euphoric side en the raw side, and they hate each other.