RAISE YOUR FIST: Angerfist is working on his sixth album! 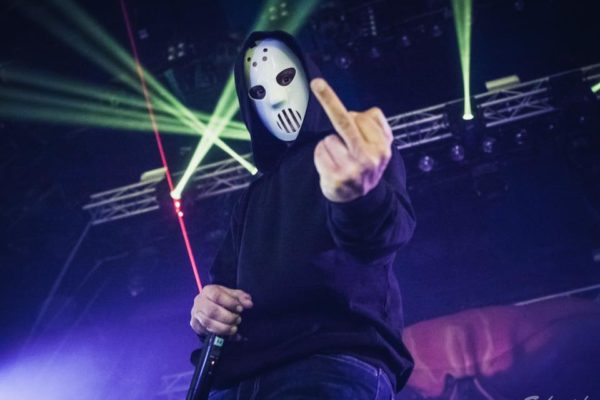 RAISE YOUR FIST: Angerfist is working on his sixth album!

Infamous ‘man in the mask’ Angerfist is, without a doubt, one of the strongest figureheads within Hardcore. With his vast discography representing the past, present and future of the genre, we’ve been raising our fists for many years thanks to this dude’s music. Over the course of his long and prosperous career, Angerfist has released five monumental albums, namely “Pissin’ Razorbladez,” “Mutilate,” “Retaliate,” “The Deadfaced Dimension” and “Raise & Revolt.”

Just when you thought that this music-making machine could possibly be taking a break from all of the album-releasing deeds, yesterday, the big man himself posted a rather exhilarating statement on his social media channels.

A Hardcore fans wet dream coming true?! Um, YES! Now that the word has officially spread like wildfire, all we can think about is what we’ll be hearing on this brand-new album, who he’ll be teaming up with and of course, when the hell we can get our hands on it!

Excitement is an understatement – RAISE YOUR FIST!