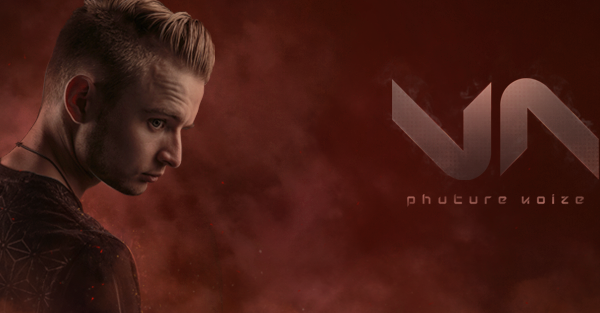 21 year old Marco Spronk, or better known on stage as innovative hardstyle sensation Phuture Noize, has undoubtedly made some waves in the scene over the past year with his controversial and bold approach to production. Apart from serving as an inspiration to budding producers, he’s represented a strong voice within the scene that preaches a musicality and intelligence in hardstyle.

2015 marked a huge year for this newly-solo name who released his second album “Phuture Propaganda,” which was followed up by his “Existence Through Sound” EP and solo track “The One Lie.” Showcasing an intricate sound design and an exceptional level of production, we decided to catch up with Marco to speak about 2015, his plans for 2016 and some of his sentiments about hardstyle and its direction.

– Hi Marco, first of all thanks for chatting with me! How are things going today?
I’m good, thank you. Things are going okay; I’m kinda taking a rest this holiday season; from writing music, that is. I’ve worked my ass off during the last six months to search for a refreshing, new sound.

– To start off, you had a huge 2015. You released your second album “Phuture Propaganda,” the “Existence Through Sound” EP and also announced that you will be continuing Phuture Noize as a solo act. How was it to experience such huge changes?
As I stated on my Facebook, it was a real turbulent year for me. I don’t think many people outside my personal space noticed much, but I really tried resetting my mind and try to find the real essence in writing music and performing as an artist. Next to that, a lot of personal stuff happened too. As I’m still really young (21 years old at the moment), it was a tough experience for me. I’m really happy everything is getting better now and I’m looking forward to 2016.

– Was it difficult continuing on solo?
Obviously I needed to get used to it on stage first, so much more mixing. *laughs* But next to that, I think that it went well. As I stated before I was already really busy with finding what I truly wanted to say in music and what I wanted Phuture Noize to be.

– Just a little bit more about your album – do you feel as though it got the exposure that it deserved?
I believe I’m not the person to judge. I write my music and try to think of a way to present that in a dope way to the public. It takes its own form from there.

– Do you think that if you released “Phuture Propaganda” say, two years ago, that it would’ve been picked up differently?
Of course it would’ve been, but I can’t comprehend exactly how. I wrote the album with my mind at a certain place in time. I think it would’ve sounded different if I made it years ago anyway *laughs*.

– You’ve been one of the artists to preach a new-found sound in raw hardstyle; can you tell me a little bit more about your thoughts on raw hardstyle?
I used to be really discontent with the trends; I really disliked how certain artists just blatantly copied others to get their piece of the cake. The worst part of having that mind-set is that your music turns out to be a product of your dislike towards certain trends instead of purely being a product of your enjoyment. I decided to stop caring about the trends and what others were doing and began focussing on producing fresh music that’s sparked from positivity.

I think raw-hardstyle is at a weird place and to be honest I couldn’t even think of what state it will be in at end of 2016. I see a lot of small trends coming up such as uplifting melodies and also more aggressive kicks and snares, and for me, that’s only a good thing. I just hope it doesn’t continue to polarize the whole scene even more than it has been in recent years.

If I could choose, it would be that fans and artists wouldn’t judge tracks by its trend and how it works on the dance-floor, but rather judge every track in itself. As I notice myself, some tracks just need a few listens to really hit you, whilst others are straight-to-the-point dance-floor material. The latter only gets the biggest support because it’s the most easy-going; but not every track is just written for that purpose.

– Where do you see raw hardstyle going in the next 1-2 years?
Like I just said, I don’t really know. I think the days of the extremely raw music will be over soon and something else will continue. I think it’ll be still a raw and aggressive sound, but the musical aspect will be highlighted more than it is at the moment.

– What do you do to stay innovative and not roll with the crowd?
Be myself.

– Your music is quite emotional and atmospheric; do you consider yourself to be an emotional person?
I guess *laughs*. For me, music is something that translates emotions and stories into sound. I mean, I’m sure that everyone has listened to music that has brought back memories or even made them feel what the artist felt when they wrote it. It’s really fucking magical and inspiring and I love to put that concept in my tracks too.

– There’s so many raw ‘talents’ out there today; do you feel as though it’s a little overpopulated?
Well, I wouldn’t say overpopulated as everyone should be able to do what they like. I think more or less the genre itself is oversaturated with the same sounds. A lot of talents just try to be like the big guys that they admire the most, which is really understandable. The fans itself obviously love that sound because it sounds just like the big guys, but that just over saturates the genre with the same stuff and stagnates the growth and evolution. Although, I honestly believe that the best music will always speak for itself and get the attention it deserves, same for the talents tracks.

– If you could team up with any hardstyle artist for a live-act, who would it be and why?
Haha, this is a kind of a weird question to me because I believe it should be natural to team up with the people you love working with. However, if I could actually make a choice it would be Ran-D, Hard Driver or Endymion. These artists always deliver great quality and I just love the way they produce music. I hope this doesn’t make others feel left out or something *laughs*.

– Just looking forward into 2016; can you tell us some of your plans?
I got tons of stuff planned for 2016. First of all, I want to focus on the most important thing: new music with a new sound. As we speak, I have 4 new tracks finished and some very dope collabs coming up with artists that I have a lot of respect for. Right now, I can tell you one name – Endymion. Unfortunately for now the rest will remain a secret (hehehe).

Also I’ll be launching a live-stream for direct interaction with the fans. I would love to discuss Hardstyle with people and give them a heads-up of what I think about it. Furthermore, I’d love to give tips to more experienced producers but also do feedback sessions for newcomers in production. I think it’s really cool to discuss production and help others with it. In the end we are all in it for the same purpose – having fun and being content.

– Can you tell me some more about your upcoming productions?
Of course. I think the best way to describe them is that they are going back to the core of Hardstyle, or let’s just say what I would call the core of Hardstyle. I guarantee huge atmospheres, catchy melodies, crazy energy and sometimes a deeper message. On top of that, dope sound-design and decent a mixdown is ensured (hehe).

The first one I’ll be posting is “Shallow Waters.” At the moment I’m working on a small video to add to the track that underlines the thought and feeling of it. There’s a real melancholic vibe and the vocals play a huge role in the track. Lots of feels.

Secondly, I made a remix for Prefix & Density and the Vision’s “Never Come Close.” I always liked the aggressive vibe in the track and when the guys asked me to do a remix I was delighted to put my own version of that aggression into it.

Also, I produced a track named “Quickshot,” which is more of a dance-floor slammer with a fresh vibe. It features that “OH MY GOD” sample from all these montage parody videos, hence the name. The Call Of Duty fans will notice for sure *laughs*. I tried creating some fresh sounding early hardcore-like kicks and tried to highlight the sound design in this one.

Last but not least, I made the track “The Bass God.” Lately I’ve been getting into dark beats put out by guys like Ivy Lab or Two Fingers and I was inspired to put that vibe into a hardstyle track. It ended up being a really easy-going track with an oldskool hardstyle touch in the climax and a darker vibe throughout the rest of the track. This one always goes hard-like-a-motherfucker live. 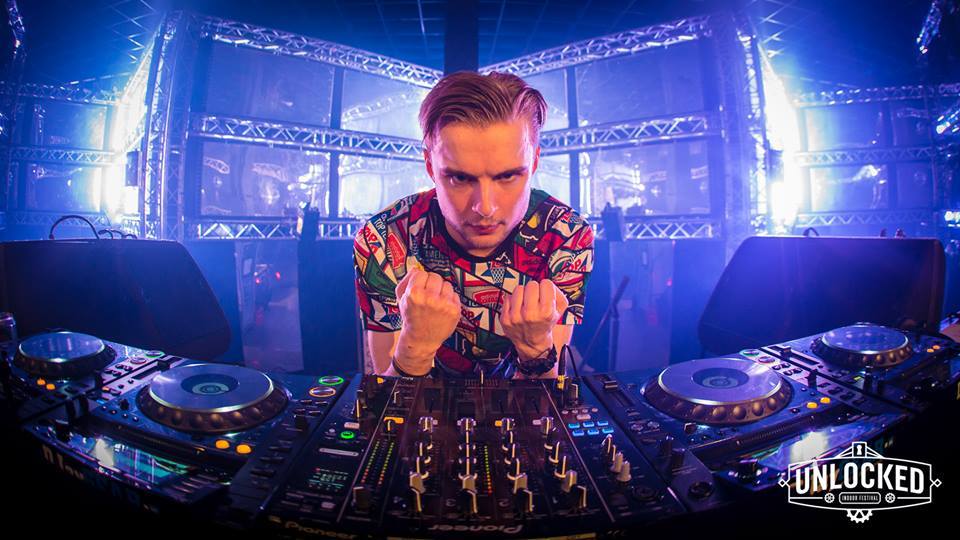 – Hardstyle is also a huge social-media game; how do you keep it real?
Well, obviously social media has been a huge influence to anything music related. Music is a part of the artist just as much as how they show themselves to the public. For me, it’s being honest, cracking some jokes, posting about what’s on my mind and what I love. I also share the amazing moments I have while performing, travelling or while writing music.

– You are quite vocal about your opinions on raw hardstyle; do you feel as though it’s important for artists to speak up for themselves even if the opinion is controversial?
I don’t intend to be controversial; I feel that if you believe in what you do, then it should be okay to say it. Of course I mean that in a decent manner. Next to that, I don’t believe my opinion is extremely controversial, I think it actually reflects what I’m doing in music pretty well. I play the shit that I love.

– What are your New Year’s resolutions?
I’m sticking to full HD. That ultra HD shit is too expensive. *Badumtss*

– Finally, what did you eat for breakfast today?
A jerry can of coffee.

We’d like to thank Phuture Noize for this interview and we wish him the very best for this coming year! For our readers, keep an eye out on his social media to be among the first to hear his brand new music. 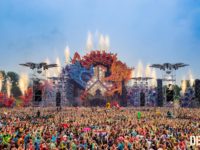 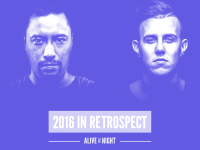 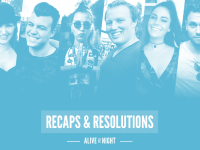