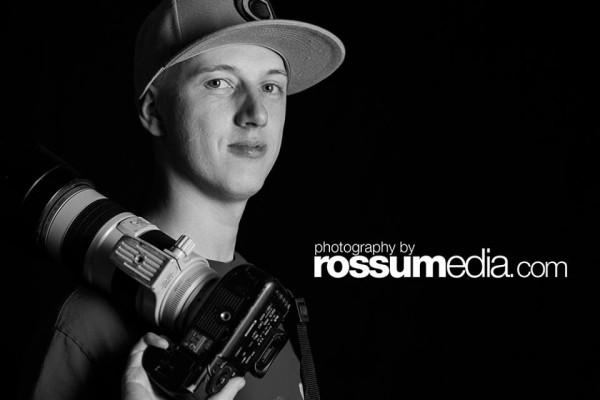 Some of you might know me and some of you might not. For those who don’t, my name is Michel van Rossum, better known under my photography name ‘Rossumedia.’ Photography has been a journey for me and I’ve been taking photos at music events seriously for over five years now. For all the party-goers, you may have either seen me floating around the crowd with a camera, trying to capture the perfect shot or maybe you’ve seen my photos plastered across social media? Heck, one of my images is probably your screensaver!

My interest for photography began back when I was in high school. I joined the photo club (you know, that club with all the nerds) and borrowed my Dad’s analogue Nikon to take photos. Back then we learned how to develop the photos ourselves and all sorts of cool tricks that you could use in the process. Those initial times really gave me a lot of insight into photography and appreciation for it too.

As I grew older, photography faded away a little bit and other things became more interesting, such as ‘World Of Warcraft’ (yes I’m a nerd if you haven’t already noticed) and getting shitfaced at Stratums Eind (Eindhoven) on the weekends. It wasn’t until I was about 20 years old and in college when I became interested in photography again. I ended up taking a class about it and together with my dad we decided to buy a digital camera, (DSLR) a canon EOS 1000D. The class was really basic and I can’t say I learned a lot from it, but it certainly triggered my curiosity.

Around the same time, I became more and more interested in dance music. I’d always seen myself as a huge trance head, however I soon became curious about Hard Dance after a classmate of mine showed me aftermovies from Qlimax, Defqon.1 and other Hard Dance events. I always jokingly asked my classmate “aren’t those parties only for drug addicts and what not?!” so one day, he said I should just join him to see for myself. I decided to take him up on the offer and in 2008 we went to Q-BASE. 16 hours from start to finish I conquered Q-BASE and to my surprise, all the people there were really friendly, which I didn’t expect. I’d never heard hardstyle and hardcore before; it was all new to me and I didn’t know what to think of it at first. After Q-BASE I came to the assumption that it would probably be the only time I ever visited a hardstyle event in my life, but boy was I wrong…

One year later I was invited to take photos of the venue and some DJ’s at a Trance event in Amsterdam and it was awesome! I had the opportunity to meet some of my favourite DJ’s and they all seemed so happy that I was taking photos of them. After that event, I was instantly hooked and decided to start photographing at events regularly for a website called Dancegids.nl. This was all before the rise of that infamous term, EDM; back then dance music wasn’t exactly mainstream.

It soon became very clear to me this was something I could truly love doing; it combined my passion for dance music and photography.
I rolled with the whole lifestyle for a few years; you know, taking photos at events, but also visiting events myself… I was basically living for the weekend. I photographed at a lot of different events and it gave me good practice when it came to photographing in the dark. However it wasn’t until 2012/2013 when I started getting paid jobs and in 2013 I made the switch to only do paid jobs. As much as I love photography, it wasn’t enough to go fulltime as an event photographer, so I also got a 40 hour day-job to pay the bills. 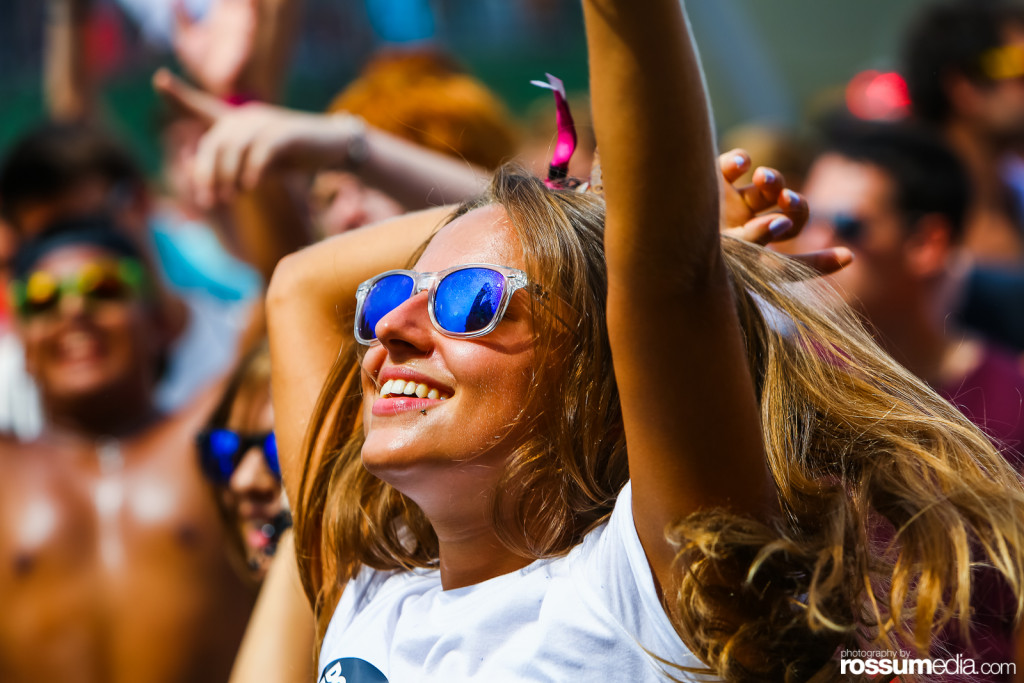 Throughout the first couple of years, photography didn’t feel stressful at all, because I was learning so much and there was no pressure on me. However once I started getting paid (as little as it was) I felt more pressure to do a good job. Also I wasn’t getting the big gigs yet that I wanted, which turned out to be the biggest challenge – getting my name out there and landing those big gigs. Taking good photos isn’t enough sometimes; you have to know the right people.

For me, the most stressful thing is juggling my day-job with photography. I work 40 hours during the week and almost every weekend I’m photographing at a festival. In the process you alienate yourself from your friends and family because you’re always busy… I don’t think that people understand the sacrifices I had to make to get to this point. I’m not going to sugar-coat it, it’s been a bit of a struggle and has even pushed me to almost quit; however now it seems like the struggle was worth it after all.

I arrive at the venue an hour before the event starts, get a quick briefing of the day’s highlights and what I have to capture. Usually we are with a team of photographers, so we all get our own orders. When the venue opens I report to the entrance to take the first photos of excited visitors (this part is always so awkward, Dutch people are way too down to earth usually).
From then on, it’s basically a marathon; I’m running from one stage to the next, capturing DJ’s, visitors, details and special effects! In between, I take some time to edit photos which are posted on social media. At the end of the day, I capture the ‘grand finale’ and get shots of the fireworks or end-show, depending on how big the festival is. As opposed to an outdoor festival with multiple stages and DJ’s playing, indoor shows are a lot more chill, because there is usually only one stage. 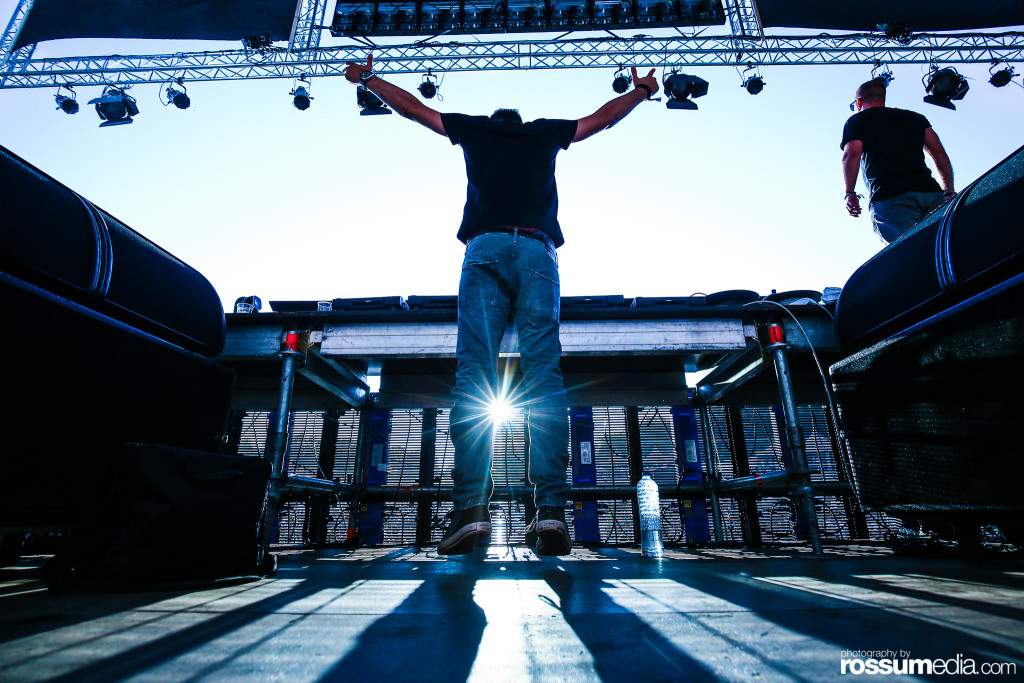 One of the frustrating things for me is missing the perfect shot more often than not. I remember this one time I was photographing fireworks and my memory card was full. Oops… Sometimes visitors also jump in front of the camera on purpose; but what can you do… after all, it is a party! I think photography is all about messing up; you constantly mess up and that’s when you learn the most.

People have the misconception that because I’m a photographer that I get to party for free. Really, I don’t get to party for free. I’m actually happy when I have a weekend off every once in a while. When your photographing it sometimes feels like you don’t experience the vibe of the party like somebody in the crowd does. I mean, sometimes DJ’s ask me which tracks were played but I haven’t got a clue – I’m always in my own world! I’m only focussed on getting the shots, however I sometimes try to take a moment to look around and take it all in a bit more, especially during the big parties. Oh, and as far as socialising goes, I hardly get to do that. It’s mostly just “Hi, how are you?” and then I move to the next shot. Nowadays in the crowd people sometimes recognise me and compliment me on my work, which is awesome, but it makes it tricky when taking photos ha-ha!

As serious as it can be at times, photography is far from boring! The amount of funny experiences I’ve had could literally fill a book! This one time at a trance event, the DJ that was playing had to go to the bathroom and he asked me to cover for him. I’m standing there behind the decks watching the track run out, not having a clue what to do! Luckily he returned with like 30 seconds left!

Aside from the funny experiences and the stress, I’m lucky to say there have been many amazing compliments! Last year I was in the crowd at an event and someone was recording with their phone and I noticed the phone cover had one of my photos on it. In my opinion, if someone prints your work on anything personal, that is the biggest compliment you can get. 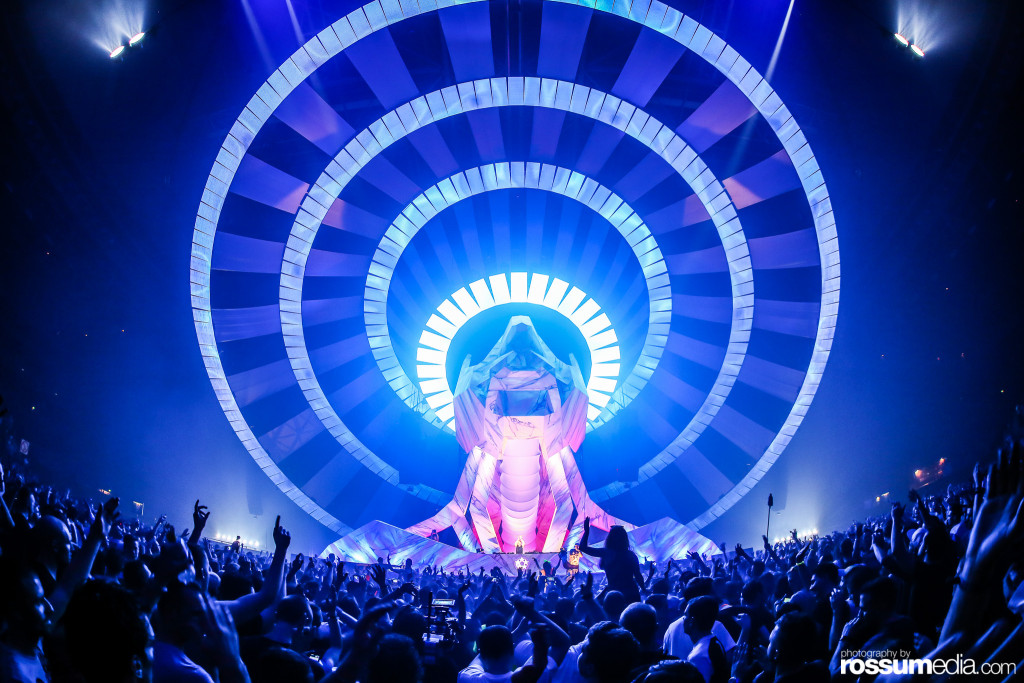 The day after a photo-shoot I’m glued to my computer, editing photos in Lightroom whilst listening to some Progressive or Drum & Bass. On average I get home with about 2000 – 3000 photos and before I do any editing, I delete all the crap and duplicates which narrows it down to about 300-500 shots. Then it’s editing time! After I’m done I send my selection of 100-200 photos to the client, however these days I also edit photos on the spot for social media purposes.

What takes up the most time is all the business related work. I am really active on social media as well, which is something that takes up a lot of time these days. Something else that’s an on-going task is acquiring new gigs and negotiating during the week; it’s all stuff that I have to constantly be on top off.

The most annoying FAQ’s

I get asked a lot of weird shit whilst I’m photographing, but as for annoying questions, these take the cake:

• Can you photograph me and my friends?
• When are the photos ready?
• Shall I take the camera and take a photo of you? (Sure, if you give me your BMW car keys and let me drive it drunk)

As for tips, I’d have to say that upcoming photographers need to try and build their network and make sure to build up strong portfolio before offering themselves up to potentially big clients. You only get one shot at making a first impression. Another tip I have to share is to respect your colleagues and don’t stage camp. Wear black when you need to go on stage. And oh, try and stay humble. 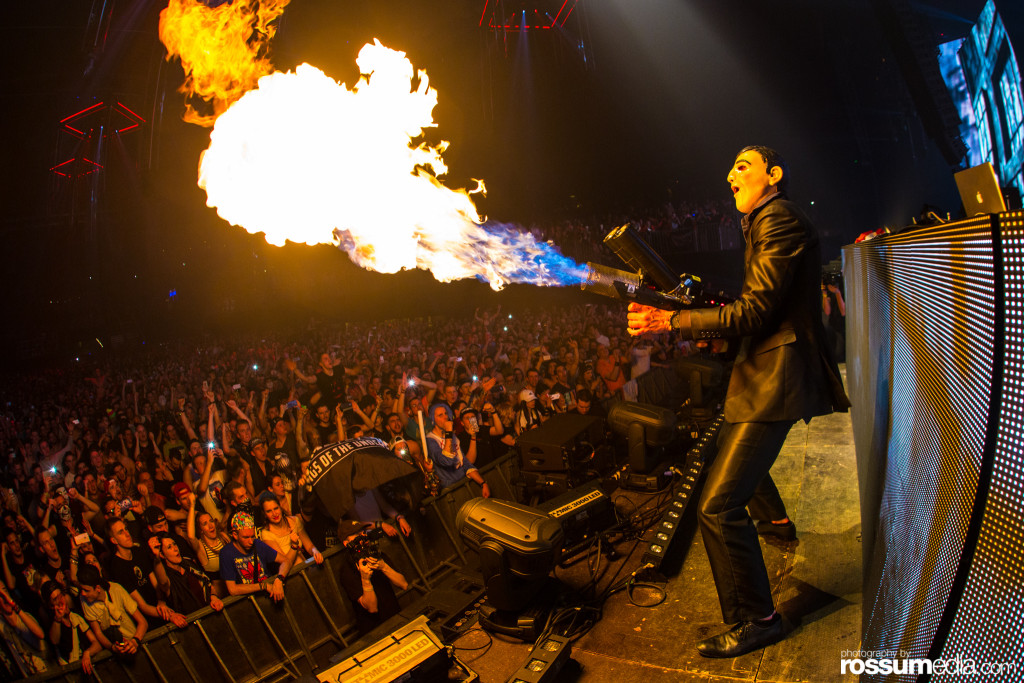 For the future my goal is to photograph at more events in other countries than The Netherlands and perhaps go on tour with an artist some day. Right now, I’m doing more and more gigs with artists such as Gunz For Hire, Brennan Heart and others. I’ve actually got seven gigs confirmed with the one and only Radical Redemption, which will be amazing, of course! Working alongside artists is a lot of fun and very different from shooting for an organisation. Who knows what the future might bring!

A huge thanks to Rossumedia for sharing his story with us and wow, what a great guest article he wrote! We can’t wait to catch up with him this Summer and of course, I bet you all can’t wait to get a new desktop wallpaper! Show your support to Rossumedia at the following social media links below: 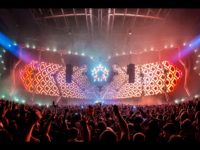 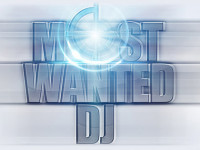 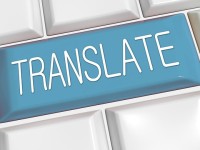