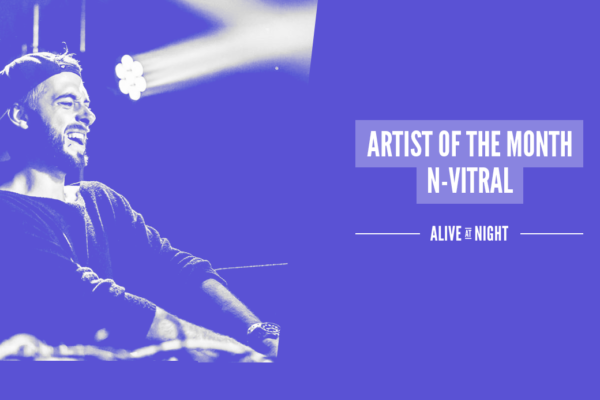 After a hectic April, the month of May has emerged and the momentum is only continuing to build for the long-awaited ‘summer’ – oh, and by summer I’m talking about days that are warmer than fifteen degrees. Festivals are beginning to move onto outdoor terrain and artists are dotting the i’s and crossing off the t’s in time for the next five months of madness!

With huge announcements dropping left, right and centre, it’s as if exciting news just keeps spilling from the studios and this month, we’ve chosen to highlight an artist who’s just unveiled a brand-new musical venture.

Dropping bombs and crispy beats like no other, give it up for your artist of the month for May – N-Vitral! 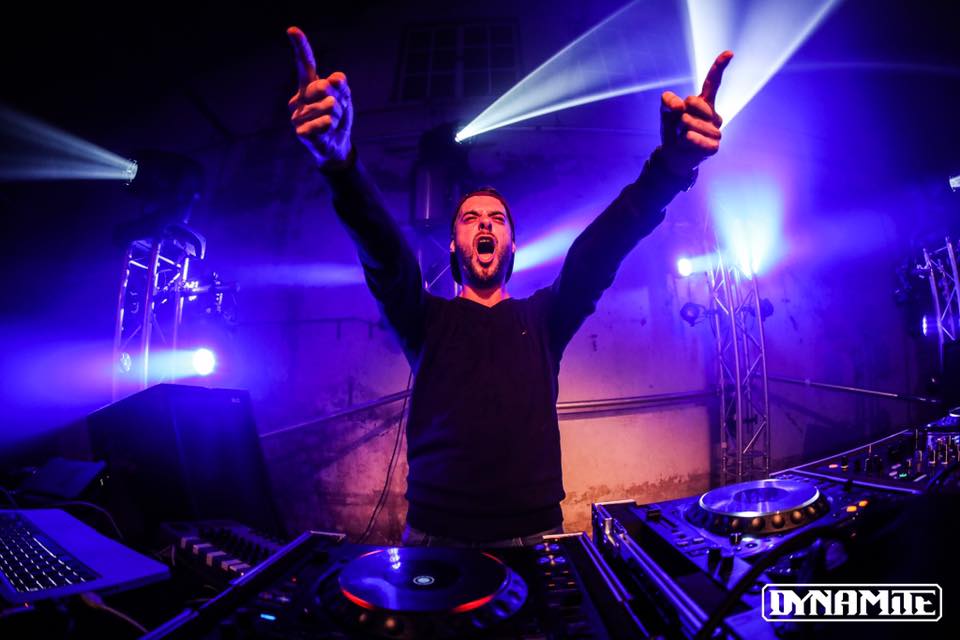 Originality, intensity and excellence is what Stefan Busker, aka N-Vitral stands for. Innovating and refreshing the scene with each and every release, this musical genius thrives on creating a funky amalgamation of numerous genres, thus generating one of the most unique musical legacies. Coupled up by devastating performances that leave crowds in awe, N-Vitral is, without a doubt, one of the most prosperous names of the modern industry.

In 2002 and at the ripe age of 17, N-Vitral unveiled his distinctive underground sound for the first time with his debut release “XS36_,” released on experimental label The Third Movement. Boasting a refreshing bout of diversity, listeners and artists alike immediately knew that the N-Vitral sound was out of the ordinary. With his initial releases exhibiting industrial elements meshed together with Hardcore and Schranz Techno, it came as no secret that this underground hero would ultimately change the game.

With his career off to a promising start, this young prodigy broke boundaries and pushed limits with his subsequent EP’s “Klusterfuk” “Bonck” and “Kling Klong.” These EP’s pushed the tempo higher than his earlier releases as they moved further into the ‘industrial’ Hardcore category, but boy, the musical insanity continued to prevail!

In the years following his debut, Stefan scored numerous performance opportunities where he crowds completely mystified at eminent events such as Mysteryland, Defqon.1, Decibel, Q-BASE, Dominator and Footworxx. Hell, this talented dude has even performed in the famed techno haven Tresor club in Berlin – for a Hard Dance artist to perform there is an achievement in itself.

In 2010, N-Vitral took his career to the next level when he released debut album “I Audioassault U.” The album’s tracks aren’t one to be put into a box – the only way I can describe this body of work is that it’s one of the trippiest listening experiences one will ever encounter. This album will leave your senses completely overwhelmed and your mind wonkier than after a 72 hour after-party. For real, I’m still utterly dumbfounded as to how one individual can create such irrational, yet incredible music.

As the years rolled on, N-Vitral’s productions continued to develop and evolve to reach a pinnacle of quality. As compared to his earlier releases, Hardcore influences began to further transcend as his tunes cultivated into a unique and multi-climactic experiences.

In 2015, Stefan dropped a bomb that would ultimately define his legacy. Titled “Crispy Bassdrum,” this colossal hit instantly captured the scene and thus revitalised the ‘industrial’ sound.

In 2016 another surge of greatness was experienced when N-Vitral dropped his second album, “Louder Than A Bomb.” Spread over two ‘bombs,’ each and every production on this album spoke true to its title – indeed, louder than a bomb! Tunes such as “Fist In Your Face” with Angerfist, “Getverherrie” with Aux Raus, “Fuck The Drum Machine” with Warface and of course, the highly acclaimed “Bassface” never ceased to detonate sound-systems and leave listeners’ brains shattered.

The spin-off from “Louder Than A Bomb” was nothing short of incredible, as N-Vitral was deemed one of the most inspiring and creative producers in Hardcore. During 2016, his performance agenda completely exploded as he was included on line-ups for Hardshock, Harmony of Hardcore, Intents Festival, Tomorrowland, Airforce, The Qontinent Pandemonium and took his crunchy abroad to countries like France, Germany, Belgium, Spain, Czech Republic and The United Kingdom.

A little over a month ago, N-Vitral was awarded the closing set at Raw Hardstyle’s ultimate paradise – Qapital. Igniting the Ziggo Dome with a catastrophic performance, visitors were left in total reverence as this musical genius ended the event with a mammoth performance. 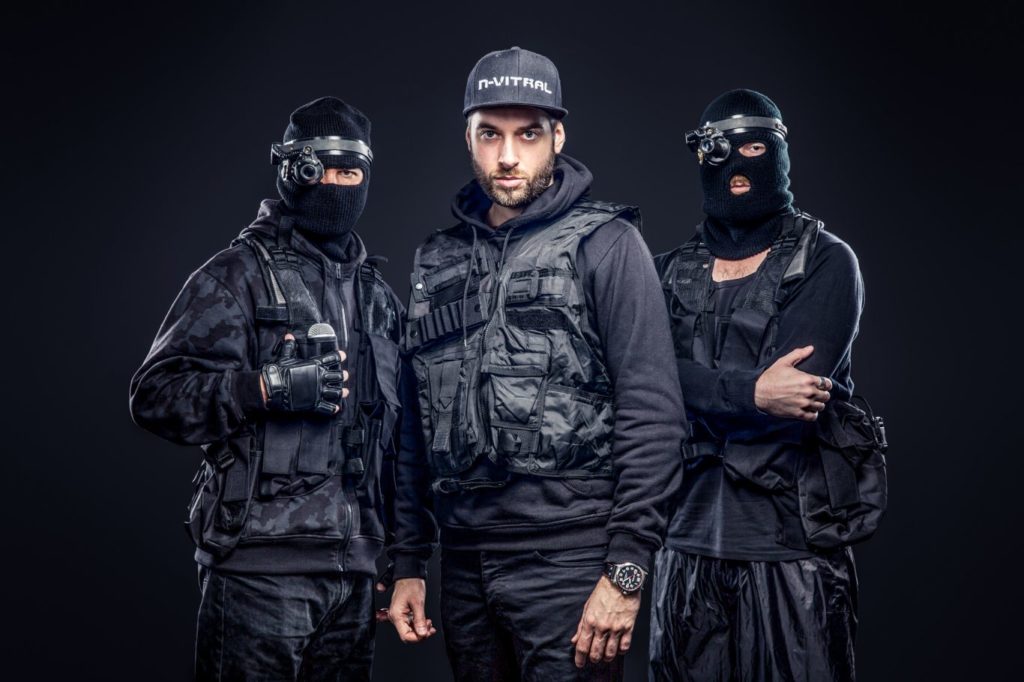 Shortly after this monster gig, N-Vitral dropped a bout of rousing news. As a Hardcore fan’s wet-dream coming true, the announcement of his startling new live-act BOMBSQUAD shook all corners of the Hardcore scene. Promising a stream of epic new tunes coupled up with crushing performances, this pioneer stayed true to his word when he dropped the first BOMBSQUAD preview, “Don’t Fuck With The Squad.” Striking gold with this initial experiment, this is only just the beginning and the best is yet to come for this savvy new development!

For fans of crispy bassdrums and kicks crunchier than your breakfast cereal, you can catch N-Vitral during his upcoming performances at PRSPCT XL, Intents Festival, Harmony of Hardcore, Defqon.1, Ibiza Goes Hard, Daylight, Dominator and The Qontinent.

Big congratulations to N-Vitral for taking out our ‘artist of the month’ title and we hope to experience one of his mind-blowing performances very soon! 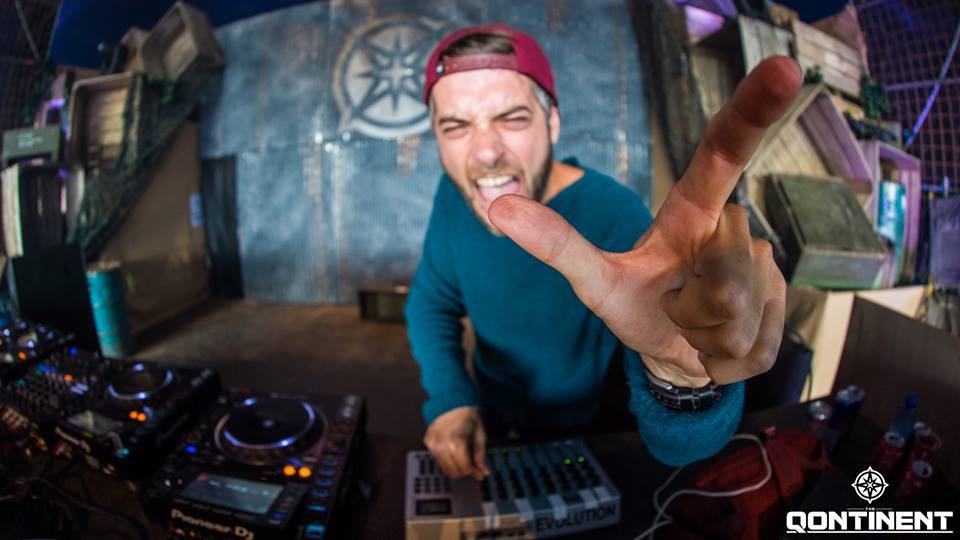 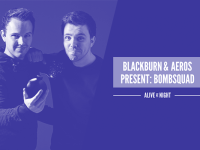