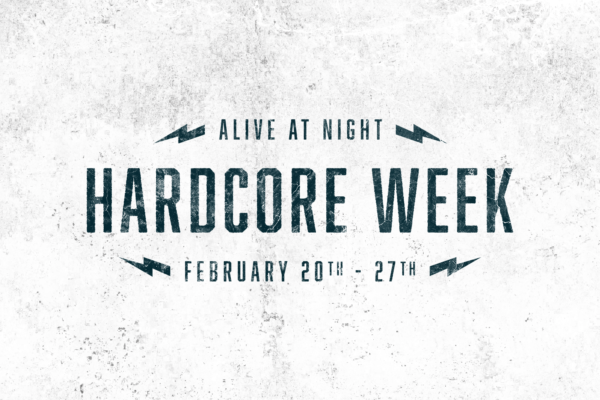 We’re close to wrapping up seven days of non-stop, 100% HARDCORE content! We hope that all of our lovely readers have enjoyed this week and we hope that you’ve all learnt something new about this multifaceted genre and its movement. However, before we wrap things up, we’ve got two more special articles for you all. With such a busy scene that’s home to breaking news every single day, it can be quite difficult to stay up to date, especially during this busy time of the year, which is why we’ve compiled some of today’s essential Hardcore news!

“Do you think you need help with your LSD problem…”

Deemed an absolute freak in the studio, 16 year old Frenchcore producer Sefa is unquestionably one of the most promising new names in Hardcore! With numerous top-notch productions to his name, this youngster recently dropped the official preview for his latest (and greatest) track “LSD Problem” in collaboration with Mr. Ivex. In my opinion, this track is easily one of the best modern Frenchcore tracks made – and if you don’t believe me, then well, you’re in for a surprise! “LSD Problem” will take you on an uplifting musical voyage through space and time…

Warning: the video-clip is the epitome of an LSD trip.

On the 28th of October, 2017, thousands of excited ravers will flood through the doors of the Jaarbeurs, Utrecht for a Hardcore throw-down like no other! Yep, I’m indeed talking about Thunderdome’s triumphant return! This revival is going to shake the Hardcore scene like never before, and boy, are we excited?! Stay up to date on all things Thunderdome on their official website. 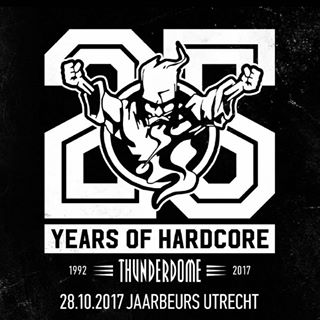 Get your guns out!

New act Deadly Guns has been proving himself lately. From collaborating with Raw Hardstyle heavyweight E-Force to dropping a new merchandise line and, of course, having his track “Stick To My Guns” dropped during Team Red’s Hard Bass set, it’s evident that this rising Hardcore star is killing it! For those visiting Masters of Hardcore, be sure to pick up Deadly Guns’ brand-new mix CD, which contains some new tracks and exclusive collaborations! 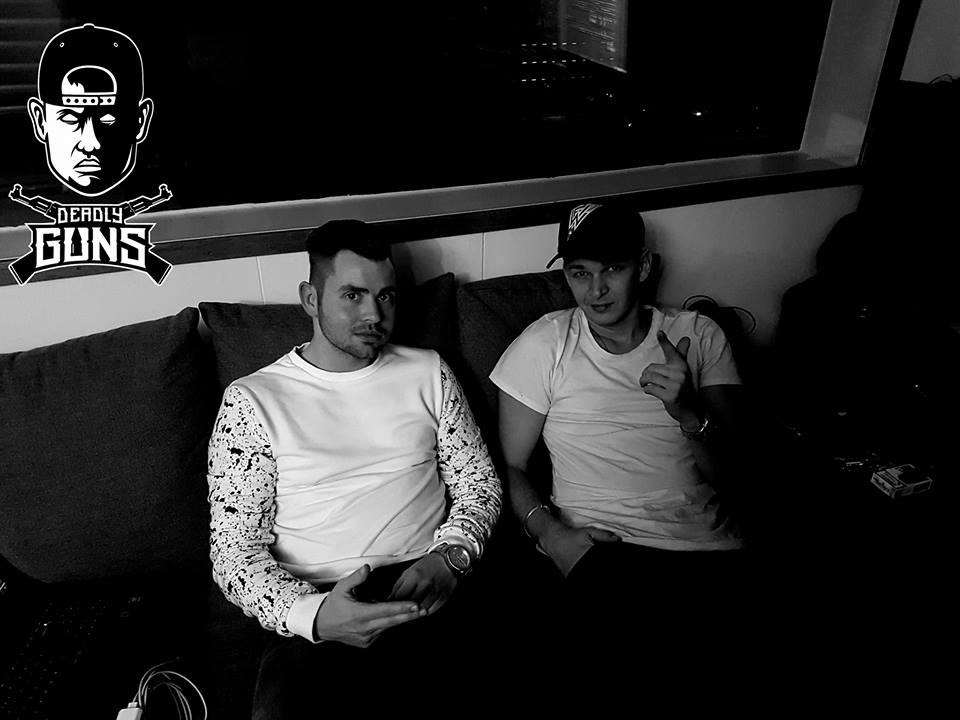 On July 15th, it’s time for Hardcore’s biggest outdoor gathering, Dominator! Held by event heavyweights Art of Dance and Q-dance, this world-renowned summer festival is going to be no less than legendary. On the 16th of March, official hotel and ticket packages go on sale and regular ticket sales begin on the 1st of April at 1:00PM CEST, so mark these dates in your calendar! 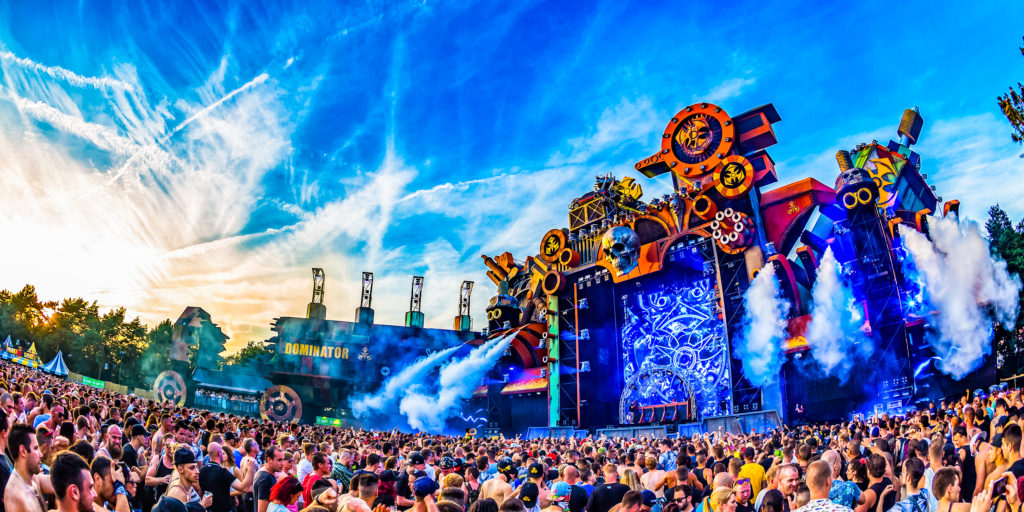 Revealing that he’s aiming for a new path within his productions, Crossfiyah stated that he will start focussing on the ‘harder’ sounds of Hardcore. In his latest recap video, he’s not only shared his excitement about how his fans have received the new Crossfiyah sound, but also revealed that he’s working on an anthem and an official remix!

2016 was an incredible year for Italy’s leading lady in Hardcore, AniMe. Releasing her album “Exterminate,” which was featured in the MOH Top 100, the Dogfight Records artist also had the honour to create the Exodus 2017 anthem, titled “Superior Hardcore,” featuring MC Nolz. AniMe is set to farewell the indoor season in style with her mainstage ‘live’ performance at Masters of Hardcore! 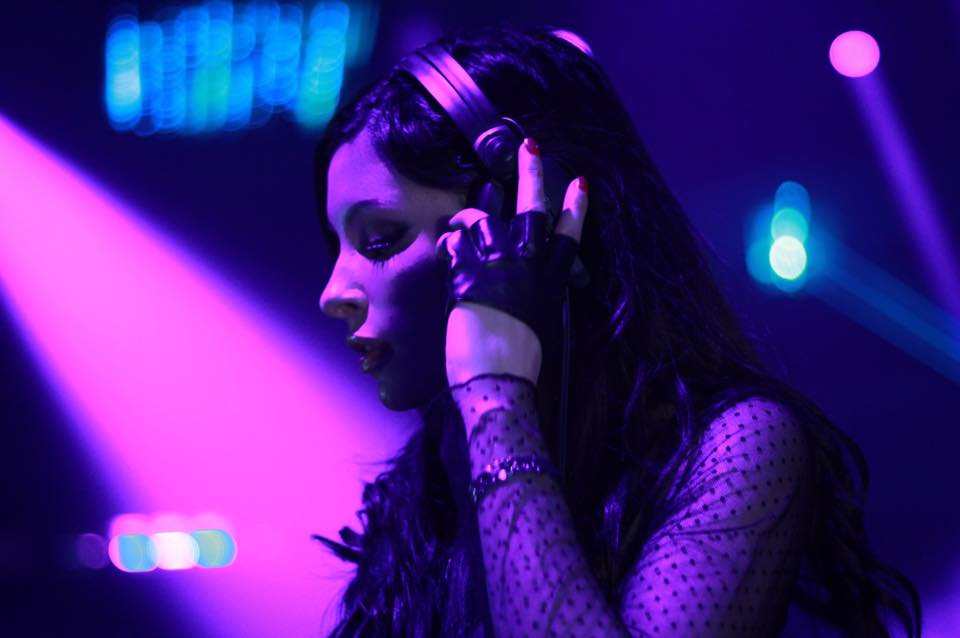 There’s been absolutely no stopping the UK-based trio Destructive Tendencies! After dropping their album “Slaves To The Darkness” in 2016, the boys are keeping the momentum high by unleashing these killer tunes during their performances. Latest has it, that Destructive Tendencies are responsible for this years’ Masters of Hardcore anthem – which is going to be topped off with a performance on the colossal mainstage! Furthermore, the boys have also scored their own hosting on the Sunday of Intents Festival!

“Down To Earth” with Dyprax!

Last month, Hardcore superman Dyprax dropped the video-clip for his latest creation “Down To Earth.” With the track featuring some bad-ass vocals the American rapper Apathy, who’s part of the group ‘Reel Wolf,’ this banger is without a doubt a breath of fresh air for the Hardcore scene. Check out the video-clip below, which features footage from Dyprax’s Xclusive live-act at Airforce Festival.

Neophyte Records are proud to present their revolutionary new concept, Worldwide Anarchy! With its big premiere at the upcoming edition of Emporium Festival, this exclusive showcase will see Neophyte, Tha Playah, Furyan and MC Alee taking over the Hardcore area! Word on the street has it that Neophyte Records has some more big news to drop this week, so keep your eyes peeled on their Facebook page – because it’s going to be huge! 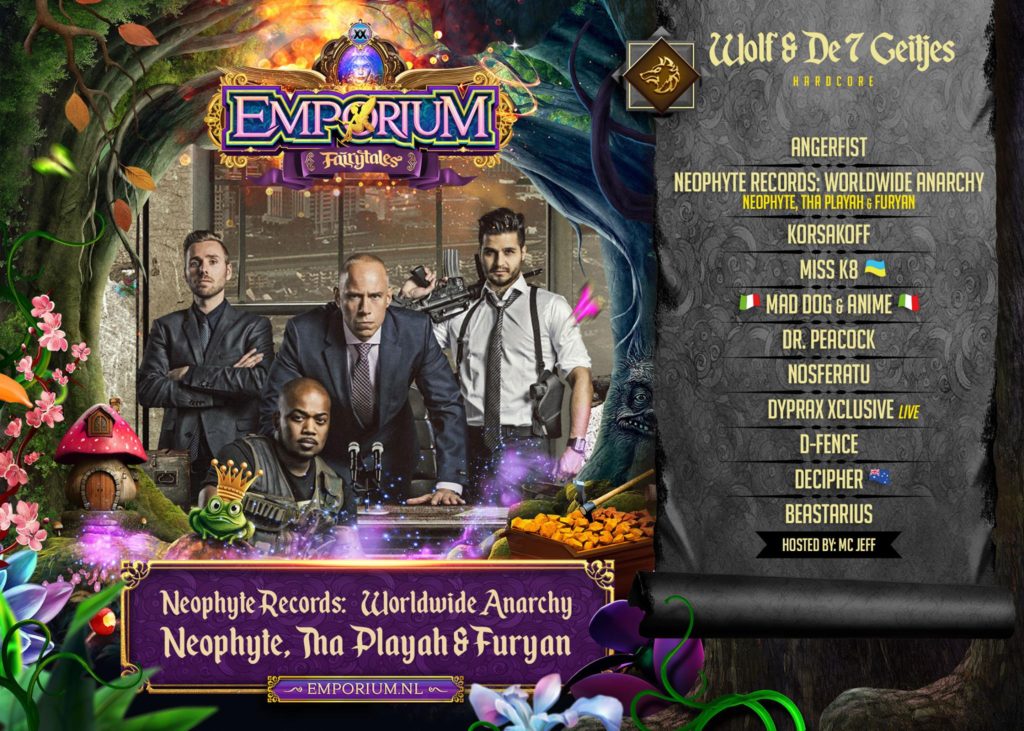 Spotted in the studio with the likes of Digital Punk, Evil Activities, Nosferatu and Tha Playah amongst others, it’s come as no surprise that Neophyte Records’ hottest (literally) asset Furyan has been extremely busy. For those who closely follow the Hardcore phenomenon, it’s become evident that he’s indeed working on his debut album and according to inside word, the release date is right around the corner! 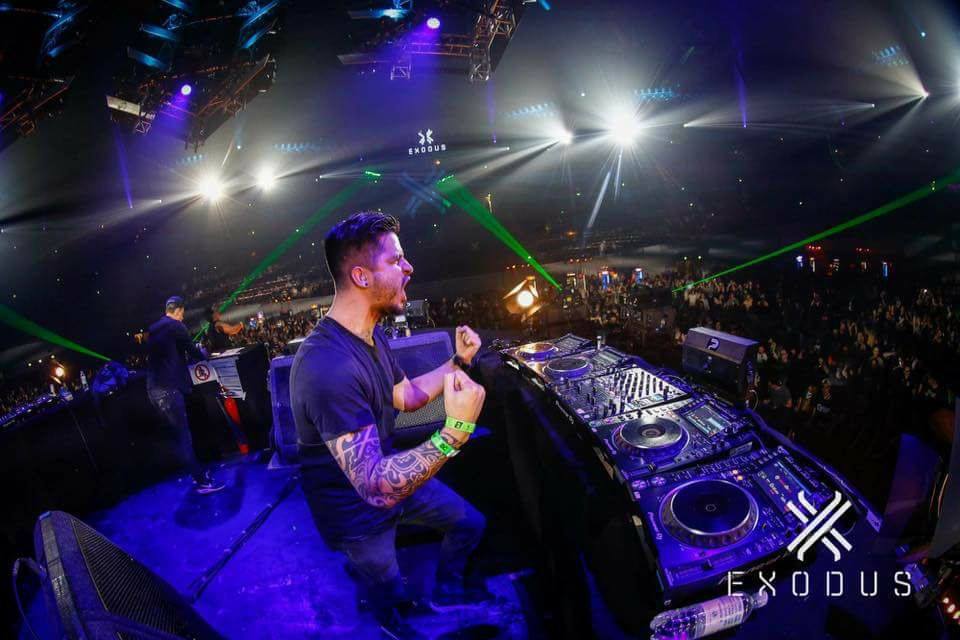 After launching the brand-new musical platform ‘Frenchcore Worldwide’ and dropping phat collaborations “Tekill4” and “Bulldozer,” it’s become evident that Frenchcore titan Dr. Peacock and Hard Tek super-group Fant4stik have been aiming to merge the two genres! We absolutely love this fresh take on Frenchcore, however we’re mostly excited to see how the fans will react to this funky amalgamation.

After a hiatus due to health reasons, we’re extremely happy to hear that Hardcore legend Nosferatu is getting back on his feet! An incredible man represented by true strength, perseverance and passion, Nosfertatu made his triumphant return last weekend at Hardcore4Life as Hardcore-heads packed into the area to give him a warm welcome! Furthermore, Nosferatu is dedicating his forthcoming release to the hardships he’s experienced during this tough time – you can listen to the snippet below. WELCOME HOME NOSFERATU!

To QUEENS are collaborating!

Hardcore and Raw Hardstyle queens AniMe and Deetox recently announced that they’re working in the studio together! What do we have to say? Fuck to the YEAH! With both of these ladies being on fire lately, we’re excited to hear what they’ve got cooking in the kitchen. One question remains though – what BPM will this collab be at…? 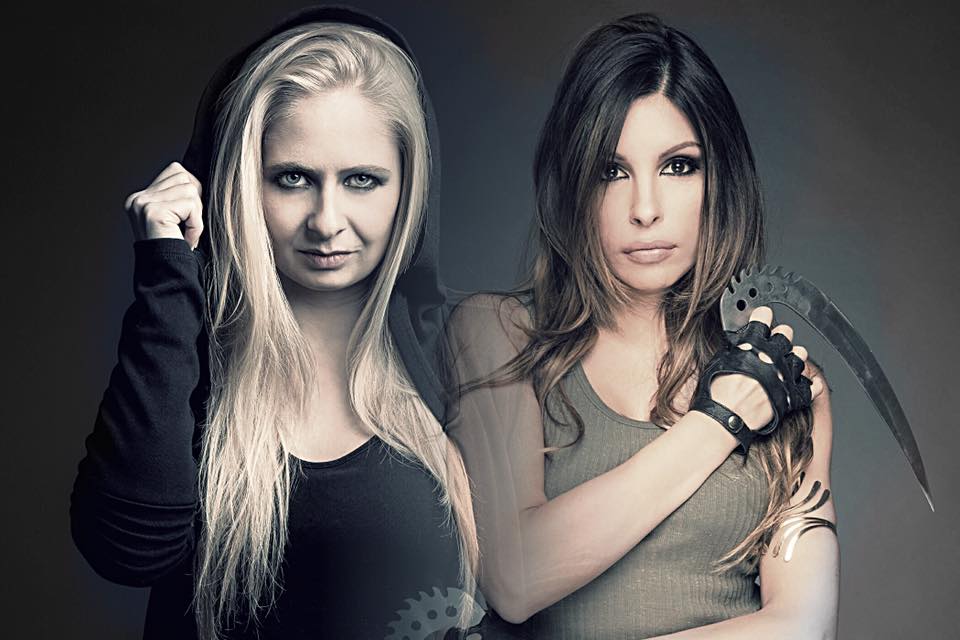 Masters of Hardcore is less than one month away!

Hardcore-heads – your wet dreams are about to come true on the 25th of March! In less than one month, thousands of die-hards will be lining up to enter the infamous Brabanthallen for the ultimate Hardcore gathering, Masters of Hardcore! On a side note, it’s my birthday and my first time at MOH (well, it’s actually the day before), so it’s going to be one extra-special night! 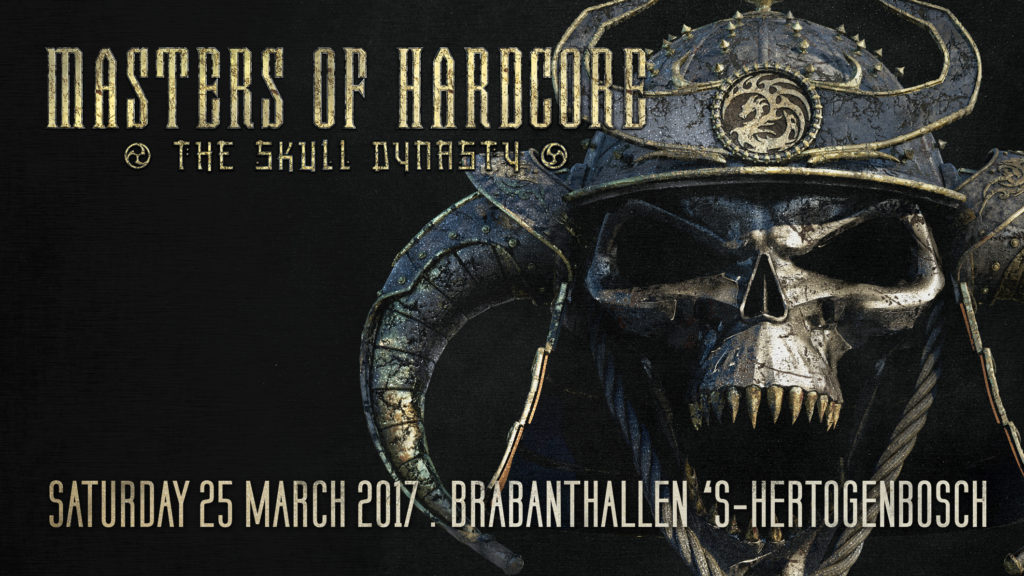 Consisting of Neophyte Records heavyweights Nosferatu, Tha Playah, Neophyte and Furyan, Hardcore’s most prevailing super-group Guerillas are ready to unleash their fury with their debut track “Can’t Stop Us Now,” which is set to be released this week! Check out the preview below.

Industrial Strength Records presents: “No Tears For The Dead”

Celebrating their 25th birthday, Industrial Strength Records have dropped a colossal compilation, titled “No Tears For The Dead.” Featuring an eclectic selection of killer creations by the likes of Lenny Dee, Angerfist, Unexist, The Sickest Squad, Rob Gee, Tymon, The Outside Agency and many more, this exhibition contains a whopping 64 tracks!
Fun fact: did you know that Industrial Strength Records was the first electronic Hardcore label in the world?! 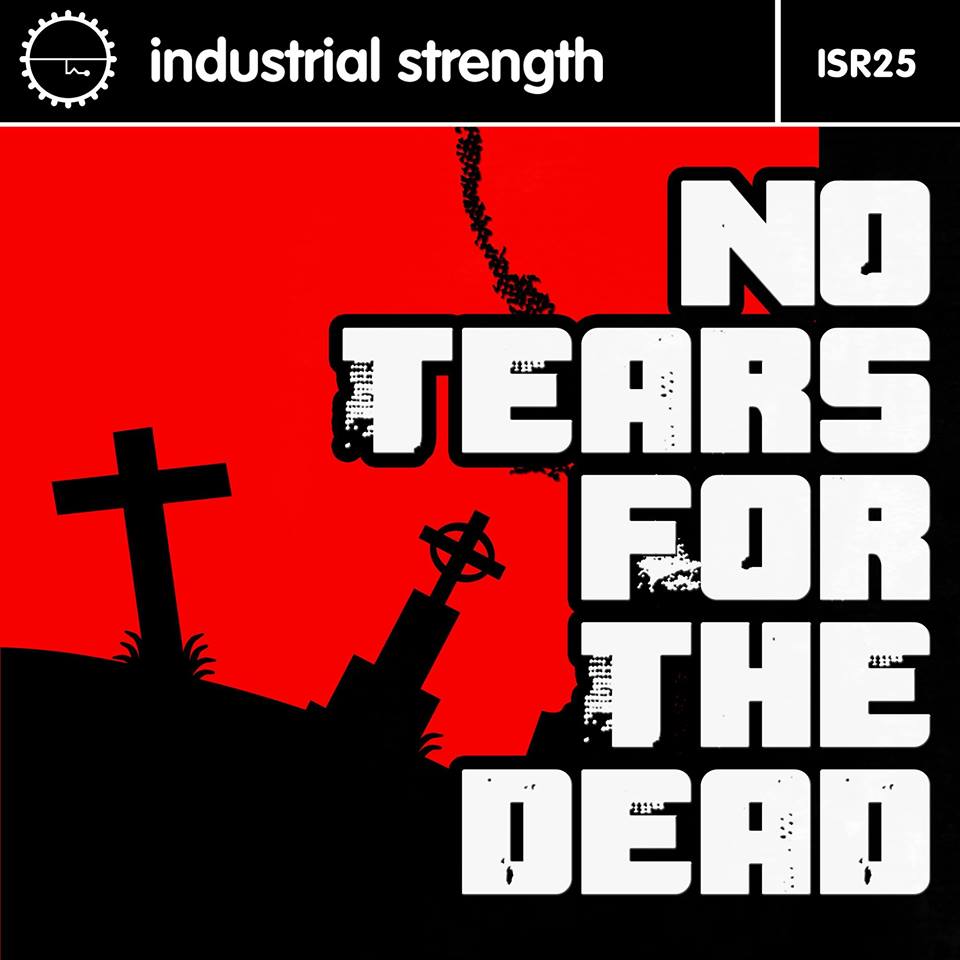