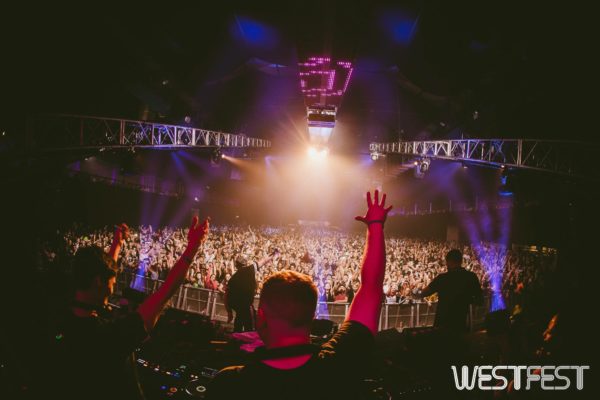 OK readers, it’s time for your monthly UK Hardcore fix – read on to find out which tunes are currently bringing the fast-paced, feel good vibes into the lives of the AAN crew!

Jekyll shows us what he’s made of this month with the “Are You Ready” EP. While Jekyll’s remix of Avi8’s “The Light Inside You” has been an eagerly awaited feature of the EP, it’s the bass-heavy title track, Jekyll & Tom Revolution’s “Are You Ready” and the monster “Bomb Droppin’” that will really stand out and show the scene where Jekyll’s sound might be heading.

To mark the release of this illustrious EP, there is even an “Are You Ready” merchandise range available on primateclothing.co.uk!

Go Hard Digital has a packed schedule of new releases for us over the next couple of months, with one of my favourite upcoming tracks being the uplifting and energetic “Better Things” by Eufeion & Denile.

Lethal Theory’s MOB and MC Enemy are back with the release of “Get Up” – packed full of energy and ready to kick your winter blues into the past where they belong!

MC Enemy has also been busy in the studio working with Outforce on their forthcoming mixtape “Relentless 2”, which will be jam-packed full of new Outforce productions. Outforce has also promised that the long-awaited release of his stomping floor-filler “Goosebumps” is just around the corner – we all need more Outforce music in our lives, so bring it on!

One of my favourite labels of recent times, Klubbed Up, has just dropped a twelve track album, “Klubbed Up Collection 01” featuring music by Klubfiller, Chris Unknown, Re-con, Nuton and more. The Klubbed Up sound is the ultimate in uplifting UK Hardcore – instantly danceable tunes with catchy vocals, all class and no cheese!

Klubfiller himself will be hitting the main stages at upcoming events as part of live act Prime Time Players. Comprising of Joey Riot, Klubfiller, Alex Prospect and MC Storm, Prime Time Players take things to a whole new level with exclusive new music blending influences from each artist’s signature styles. You can next catch Prime Time Players at Ravers Reunited – Zoo Party on the 1st of April and at Subb Sonic – Worlds Apart on 20th May.

Meanwhile, Alex Prospect also has lots of exciting solo projects on the go! He’s been shooting videos including some behind the scenes studio footage and he’s got a whole bunch of new tunes getting ready for release – stay tuned for more news on that soon!

Scottish artist Hotchkiss has been quietly releasing some euphoric Hardcore masterpieces over the last year or so and now has just dropped a sweet new collab with M-Project, “Never Know”. Keep an eye out as well for the upcoming mixtape “Impact”, mixed by Hotchkiss and featuring Arcane Noize on MC duties.

I’m going to deviate just for a moment, if I may, to bring to your attention the latest yin-and-yang Stamina Records double release by Freeform genius Finnbar. Uplifting, trance-inspired, hand-in-the-air beautiful breakdown stuff on the yin side in the form of “Hidden In The Light”, while the yang side “E=mc2” has an industrial edge, breaking down into what I think might be machine gun fire accompanied by distant wails of defeat and submission.

As the UK scene counts down to those big early summer dates like the Clubland Weekender (5th – 7th May) and the annual raver’s summer holiday HTID In The Sun (7th – 10th June) it feels like there’s a fresh spring breeze in the air, in fact yes it’s actually the sweet sound of the Mark Breeze remix of Sigma’s “Stay”, which has serious summer anthem potential. Continuing on the Sigma remix tip, Breeze has also whipped up a nice remix of Sigma’s “Higher”, which features the latest episode of the Futureworld podcast.

Once again I’ve nearly got to the end of the article without mentioning Darren Styles…but of course I was just saving this bit until last! Darren Styles doesn’t often drop a mix on Soundcloud but when he does the internet goes crazy. Styles has modestly called this project a “mini mix”, but at 47 minutes and 26 tracks I’d call it something more like an “epic genre-redefining DJ mix extravaganza”.

Kicking off with a remix of Audiotricz “United As One”, jumping into brand new, piping hot tunes like recent collab with Callum Higby “TMA”, dipping into a Skellism collab before returning to the euphoric feel good vibes of “Us Against The World” and that’s all just in the first half of the journey. There’s something for everyone in this mix and it leaves us in absolutely no doubt that this year, maybe even more than ever, everyone wants a piece of UK Hardcore’s prince charming. Darren Styles X The World.

And, of course, that all-important bit of Darren Styles news – a couple of days ago the hard dance world learnt that Darren Styles will be appearing at Defqon.1 Festival (NL) this year! On the UV stage, on Sunday afternoon, “Da Tweekaz present Tweekacore, featuring Darren Styles”.

This is big news – really big news. Now, everything changes 🙂

Could you add a schedule of UK Hardcore events in Europe / around the world in your monthly UK Hardcore update?

But I want more and travel to the UK this year. Could you help me out to find the perfect event?