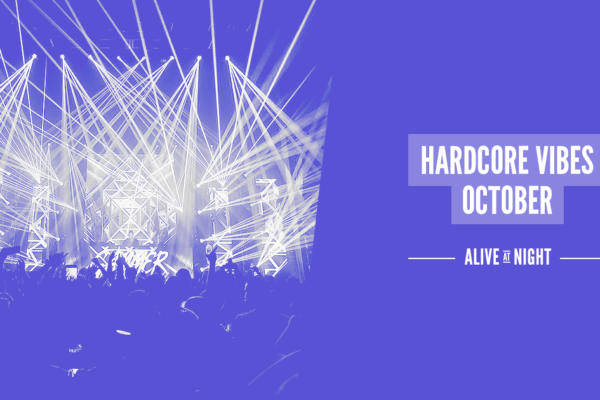 A couple of weeks ago the world famous HTID made a glorious return home to the UK with HTID Genesis at the O2 Academy, Bournemouth. Formerly known as the Opera House, this iconic venue on the south coast of England was the perfect location for HTID’s homecoming, where Technikore, Stonebank, Darren Styles, Breeze and many more played to a packed house with incredible production.

The buzz around the scene in the days leading up the event was huge and the verdict afterwards was that HTID absolutely delivered the goods!

No major event is complete without an anthem and the honour of creating the HTID Genesis anthem went to Callum Higby – this one is destined to become a classic!

The next stop for the HTID juggernaut will be San Franciso on Saturday 10th February for HTID USA, but UK ravers can be assured that HTID will be back again in the UK soon.

We’re now well into October which means that it’s almost Halloween, and we’re delighted to learn that this Halloween brings a fourth edition of Al Storm’s “Dark Shadows” album series! With the albums having now become an eagerly awaited annual treat, “Dark Shadows 4” is looking sweeter than pumpkin pie, with some formidable new tunes featured including “Trigger” by Al Storm X Whizzkid, and “Drop Dead” by Fracus & Darwin. Pre-orders are open now over at hardcoreunderground.co.uk.

Whether you’re partying for this upcoming Halloween or any other excuse, once the party leaves the club and ends up back at someone’s house it seems like its never long before the nangs come out. Now whether that’s your cup of tea or not, you’ll still get a buzz from this euphoric cracker of a track, “Nangs” by Rob IYF & Nobody, forthcoming on their new album “Bringing The Justice Vol.2“.

Go Hard Digital has been on a little break lately while ownership of the label had transferred to the USA based 303 Family crew, led by Hartshorn. The first new release for the autumn is “Across The Shore” by Jekyll, Studioslave and Hartshorn, a very apt title given the label’s recent international move, and just the first taste of what’s to come in the near future!

Klubfiller returns with an absolutely epic anthem inspired no doubt by his huge summer on the festival circuit, there’s certainly no stopping Klubfiller at the moment – check out “Ain’t No Stopping Us Now” at the link below!

A certified winner of a track on dancefloors at the moment is “Champion” by D-Lyte, a powerful stomping track that makes sophisticated use of not one but two familiar vocal samples. D-Lyte’s Legitimate Recordings label is always quality while never becoming predictable; as a further taste of the sounds coming through on this label you may also want to check out recent release “Fiyah” by the UK’s DJ Stormtrooper.

As the nights get darker its all about Ravers Reunited for the indoor event season, with the Black Party returning on 25th November and then One Big NYE coming up to close the year down on an absolute high. Last year’s Black Party was one of the most highly acclaimed events of the year in the UK scene and we’ve no doubt that the Raver’s crew are getting ready to top that for this year. Remember to dress all in black!

The line up for One Big NYE is looking very nice indeed, with Joey Riot, Macks Wolf, Fracus & Darwin, Stonebank and many, many more, plus there’s also a Hard Dance arena hosted by HDUK.

An absolute highlight of One Big NYE will be a rare live appearance by vocalist EMEL, performing some of the beautiful tracks she has created with Stonebank.

The latest track by Stonebank ft. EMEL, “By Your Side”, raises the bar yet again with a magnificent euphoric melody and enchanting vocal that will have you hooked from the very first listen.

Wherever you are in the world, have a fun-filled month of raving and an awesome Halloween! Catch you soon!