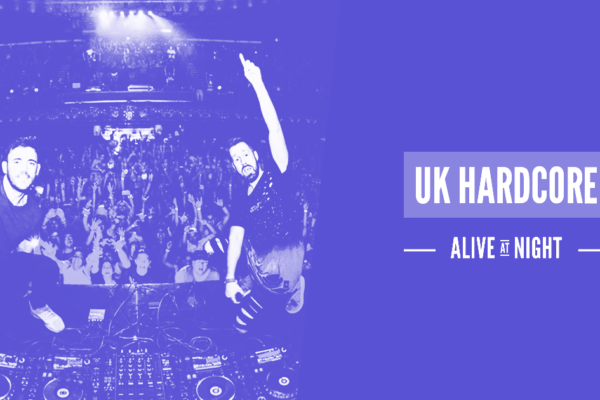 Once upon a time (actually it was a couple of years ago), a fun-loving DJ by the name of Gammer went to Magaluf for HTID In The Sun. After a pretty epic night at the foam party he woke up remembering one thing very clearly – a red drink. This mysterious red drink left such an impact on Gammer that, after his hangover had subsided, he was inspired to write a tune and call it “Red Drink Foam Party”.

After many, many months of persistent requests from fans, Gammer has now released “Red Drink Foam Party” as a free download, so follow the link below to his Soundcloud page and get on it!

In less than two months we’ll be back out in Magaluf, Mallorca for this year’s HTID In The Sun, where I’ll be putting the powers of the legendary red drink to the test at the free bar – yes there will be a free bar for all ravers, every night of the event. I’ll see you out there!

There’s lots going on over at Hardcore Underground headquarters this month and I’m not sure which project the guys are most excited about because all good things seem to have come around at once!

Hardcore Underground’s long-awaited “Blu The Roof” project is finally ready and will be released at the end of May. Filmed on location at HTID USA in October 2015, the 4K Ultra HD Blu-Ray, with Dolby Atmos sound, promises the very highest quality home visual and audio experience to make you truly feel like you are there on the dancefloor!

Joey Riot also has an album out at the Hardcore Undergound store, “Keep It Lethal Volume Two” features tons of recent studio collaborations with artists from around the world. Meanwhile for something different and really quite awesome, Joey Riot’s new track “Autonomous” is out as a free download. In a departure from his usual style, “Autonomous” has a distinctly Freeform vibe about it!

Japanese young gun Relect has been making everyone in the scene sit up and take notice this year! His tracks have been appearing on mixtapes and podcasts everywhere; now it’s time for Relect’s first release since joining Lethal Theory.

“Close Your Eyes” hits all the spots with a beautiful euphoric melody, catchy vocal and that touch of class and sophistication that runs through all of Relect’s productions; it’s simply breathtaking when you realise that this track is the work of one of the newest names in the business.

In one last bit of Lethal Theory news, I’ve heard a rumour that recent signing Spyro is getting ready to unleash new music soon, so stay tuned!

Go Hard Digital has recently signed a brand new artist – but that’s all the information we have so far! Go Hard Digital launched just a few months ago and has swiftly become a key label name for the genre. This month is jam packed with new releases including the bouncy, stomping “Strange Things” by Psyvex and a collab between American artists Jason Bouse and Rex Stomp, “Conflict”. “Conflict” brings in just the right amount of fresh trap style influences while still delivering total dancefloor power.

Mitomoro & M-Project have a new collab out on Broken Records UK. “Fuck That Beat Up” really stands out as one of the more unique and creative tracks I’ve heard in a while – it’s one that I’m sure will always wake the dancefloor up when it drops because it’s so distinctly different!

If there’s one artist in UK Hardcore that absolutely everyone in the scene seems to look up to, it has to be Stonebank. Preferring to keep a relatively low profile and let the music do the talking, Stonebank is consistently making some of the most beautiful UK Hardcore music around. His latest track, “Ripped To Pieces”, is an absolutely perfect example of Stonebank’s signature euphoria, featuring another amazing vocal from his long-time collaborator EMEL.

Darren Styles has recently joined Stonebank in releasing music on the Monstercat label and the reach that Monstercat is giving to UK Hardcore is incredible, with the label having close to six million subscribers on YouTube! The latest release from the wonderful Mr Styles, “Us Against The World” features quite a long vocal breakdown early on before drawing you in until the drop almost two minutes in. Every time I listen to “Us Against The World” all the way through I seem to hear new musical elements in the track; just like Darren Styles himself, this one just keeps on getting better.

I hope you’re now cranking some of these tunes at full volume and dancing around the room with a big smile on your face! Wherever your raving adventures may take you this Easter long weekend, have a good one!