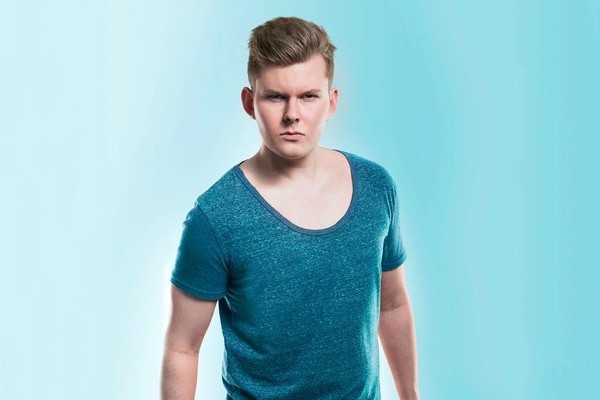 Back in 2014, the Swedish Hardstyle duo Notoriouz, at the time consisting of Björn and William, earned a spot on Defqon.1 Festival’s Indigo stage line-up. Accomplished by remixing the same year’s Qapital anthem, Notoriouz quickly made a name for themselves in that sphere. Shortly after their performance, they decided to take different paths in life, resulting in the duo consisting only of Björn and as time went by, Notoriouz soon re-branded himself, going by the fresh, new identity of MVTATE.

Now deemed one of the leading Hardstyle artists in Sweden, we had the opportunity to catch a word with this fast-rising name to speak more about his career so far, his releases and much more!

– Hello Björn and thanks for taking part in this interview! Can you give us a quick wrap-up of your 2016?
Hi, the pleasure is all mine! Wow, where do I even begin? It’s been such a maxed-out year! I still fear that I’m going to wake up and realise it’s all been a wonderful dream. From having my first EP released, to the big name-change and being a part of a handful major events, I still can’t really fathom how big all of this has become in just one year! 2016 has also been a year where I’ve been really pushing myself to become a stronger individual, both as an artist and in private, whilst still staying true to who I really am.

– This summer you earned a spot in the line-ups for festivals such as Defqon.1, Decibel, The Qontinent amongst others. If you have to pick one, which was the best event this festival season for you as an artist and why?
Please don’t make me, haha! They’ve all been incredible! From performing on the amazing UV stage at Defqon.1 with my Swedish Hardstyle family in the front-row, to rocking out at CRAFT with some of my closest friends in the scene, I don’t think it’s possible for me to choose one specific festival. As I said, they’ve all been incredible!

– Your latest release, ‘Dream EP,’ consisted of the three tracks – “Dream,” “OMEGA” and “Follow Your Heart,” which are all empowered by deep vocals. What does these vocals mean to you and do you want to tell the listener something specific with each respective track?
Like many other producers, vocals have always been one of my favourite elements to work with and the different vocals that were used in those three tracks all have a deeper meaning and story. For ‘Dream’ I went with a very abstract and philosophical perspective, where the vocals really enhance the emotion of the melody. Is it a sad melody with vocals questioning our reality? Or is it an energetic melody with an empowering message? It’s all up to the listener to decide. For me it’s a bit of both, which is exactly what I wanted it to be!

‘Follow Your Heart’ is more of a physical take on emotion. This track is filled with energy and contains keywords such as ‘move’ and ‘let go.’ It’s definitely been one of my favourite tracks to play live because of how happy and energetic it makes me feel!

In ‘OMEGA’ I went with a more sci-fi approach with huge ambient vocals that fit the overall scale of the track. I’ve always been a huge fan of the World of Warcraft game-series and have played it for many years, so for this track I derived the vocals from the character ‘Algalon.’

– The track you made together with Ecstatic called “Collide” turned out to be a euphoric-masterpiece according to my ears. What was it like working with this Dutch duo?
Hahaha it’s actually quite a funny story behind the track. I got in touch with them after I got my hands on their track “You’re Not Alone” and we decided to start a collab. And then, NOTHING… We didn’t really start working on it at all until a month or two later and started out with a basic melody I wrote. They did some magic and Wouter threw together a really amazing orchestral part while I focused on the intro of the track.

When the track was completed we were so hyped up about the result so we went it out to a couple of DJ’s solely for feedback. Since we wanted the release to be super exclusive, we wanted to keep the track a closed secret, BUT Jordy completely forgot to mention that to Coone and suddenly “Collide” was featured in his Global Dedication podcast. After an hour of phone calls and panic we all settled down and played it off like it was all meant to be, haha!

– Earlier this year you changed your alias from Notoriouz to MVTATE. Could you let us know why you did this and how you came up with the name MVTATE?
There were some minor issues with the name Notoriouz which had been lurking in the distance for quite some time, and as it came down to trademarking me and my music I wanted to go for more of a unique approach. Something simple with a unique twist!

– The 27th of January you will be performing on home soil at the event C.H.A.O.S in Gothenburg in Sweden. How do you feel about playing in your home country and what do you think of the Swedish Hard Dance scene in general?
Performing in Sweden has always been a huge thing for me, mainly because of all the amazing people I get to meet, many who I’ve befriended over the years as a producer. Not only that, but Sweden is also filled with true die-hard Hardstyle fans. Even though we aren’t as big as say The Netherlands or Germany when it comes to Hardstyle, the Swedes sure do party just as hard!

– In your opinion, what needs improving in the Swedish Hardstyle scene?
I wouldn’t change a thing regarding the people or the amount of love put into the scene. However I would like to see bigger arrangers take Hardstyle (and Hardcore) in mind when they book DJ’s for their parties!

– Are there any other Swedish artists in the Hard Dance scene that you’d like to highlight?
During my years as an active producer I’ve befriended a lot of the people in Sweden who produce (or at one point produced) Hardstyle, and I feel as though many of these guys bring something completely new to the table. If I had to highlight a handful of producers it would definitely be my good friends Viktor Saxunger, better known as Euphorizer, Nils Ehlin, AKA Raw Infantry and last but not least, Gabriel Hedegård, who just recently decided to start a career in Hardstyle. All three of them are truly amazing with their own areas of expertise!

– With a lot of great shows and interesting releases behind you, do you have any future plans that you can share with us today?
At the moment everything is quite calm and easy. I have loads of new material in stock; a lot of it isn’t even Hardstyle, but I’m just looking for new ways to expand my vision as a producer. What I find really amazing one day might sound or feel differently on another day, and that’s how I enjoy working. Taking my time, going back to older projects and updating them with my current vision. 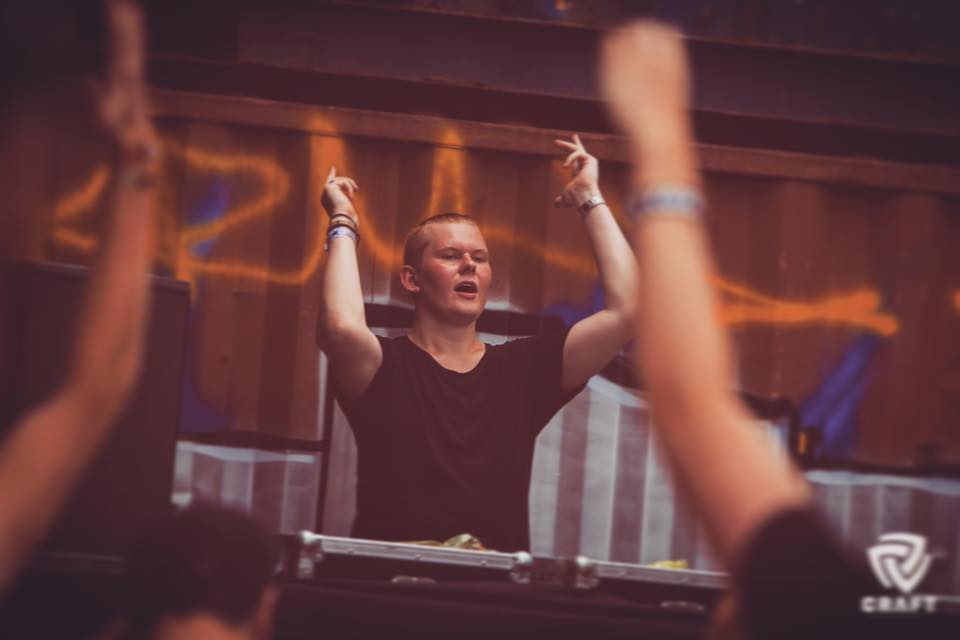 – If you can pick any artist on the planet to collaborate with, who would it be and why?
Oh, now that’s a tough one. It all depends on what kind of music I would get to create with which producer. I would love to produce a track together with Noisecontrollers or Atmozfears, but I would also love to sit down with perhaps Rammstein or System of a Down and just create something truly new and unique! Something never heard before, without any boundaries!

– Who is your biggest source of inspiration when it comes to making music and why?
When it comes to musical inspiration I always get an urge to create something whenever I hear a detailed, well-produced piece. Sometimes it’s not even music that inspires me; seeing what a truly passionate artist has created can also have a huge impact on me. If I had to single out a ‘creator,’ I guess that Noisecontrollers is somebody who’s really inspired me to pursue a more professional career in music!

– What other musical genres do you listen to apart from Hardstyle?
From reading my earlier answers, maybe you’ve already guessed that I’m a huge fan of Metal. Rammstein, Metallica and System of a Down (just to name a few) are some of my favourite bands. I also enjoy Hardcore quite a lot, mainly because of the intense drive and amazing kickdrums!

– Production-wise, do you have some kind of formula to create a track?
I usually start with a melody, followed by the arrangement of the climax and then finally tying it all together with the intro and outro! However, for more complex tracks I might start out with the sound-design of the track, finalising a lead and then adding a kick to see if it holds up! 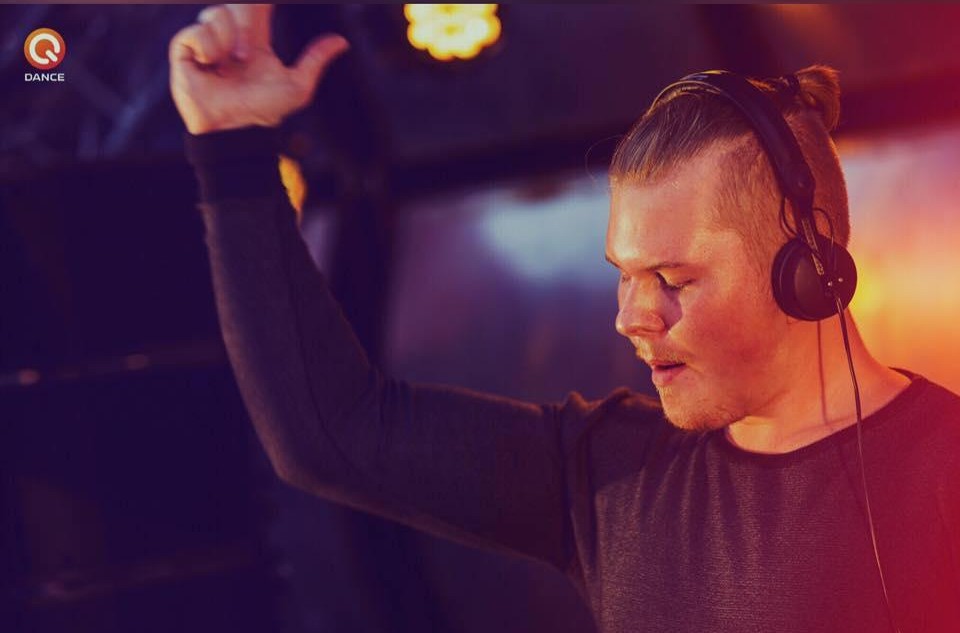 – Are there any type of problems that you often encounter in the process of creating a track, and what do you usually do to deal with them?
Writer’s block is my biggest enemy – sometimes it can keep me from working on a track for weeks. During this time I usually try to tell myself to create some distance from the track and instead focus on other stuff in life. I might pick up some artwork designing or sometimes even play some guitar to keep myself at ease. Also video games are of huge help, but you just have to make sure it doesn’t take up too much of your time, haha!

– Besides music, what else are you up to?
As I just mentioned, I’m a sucker for good video games. Sometimes I’m stuck for hours just playing with my friends online. Other than that I’m really into graphic design and casually design some artwork! To sum it up: I’m inside and by the computer, a lot, haha!

– Before we finish this interview, I want to ask you if you have any advice to share with our readers who are aspiring to become better music producers and DJ’s?
I’m going to focus on one specific element of Hardstyle here, even though it can be applied to any part of music-production – the kickdrum. Most who produce Hardstyle who’ve ever tried to create kickdrums know what a drag it can be to realise that after a night or two your work has ended up differently than what you’d hoped. Please don’t get discouraged by this. Even though it might feel like you’ve been hitting your head into the nearest wall for an eternity, you’ve still learnt A LOT during those hours. Take a break, focus on some other elements for a couple of days, and then get back at it again! Practice makes perfect.

– Last but not least, what did you have for breakfast today?
I had a traditional Swedish breakfast: Polarbröd with Hushållsost!

We would like to thank MVTATE for taking part in this interview and wish him the best of luck in the future! Make sure to follow him on his social media links below.