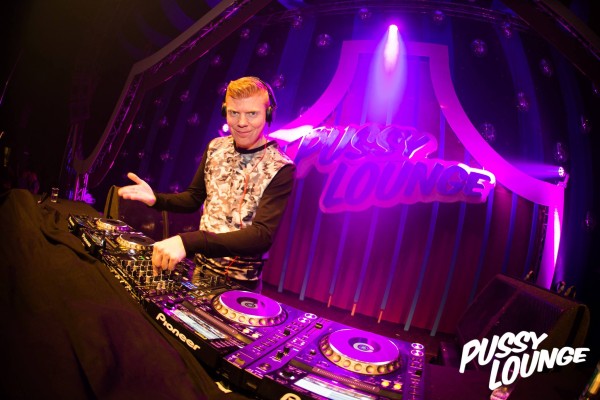 Spinning since the mid 90’s and releasing tunes since the early 2000’s, Ruud van IJperen, or better known as Ruthless is one of the longest-standing artists representing the Hard Dance movement. Renowned for his exceptional work in the Jumpstyle sphere back in the days, nowadays this Freestyle figurehead is steadily making his mark by continuously releasing boundary-breaking beats such as “We Want Some P#ssy” alongside The Viper and Darkraver, “Fired Up” with LNY TNZ feat The Kemist and “Funky Beats.”

With the booming popularity of the Freestyle movement, we figured that there’s no better time to get some inside scoop from Ruthless himself, who will shed some light on his earlier days in the scene, the demise of Jumpstyle and some of his finest (and not so epic) moments at the notorious Pussy Lounge!

– Hi Ruud, thanks for the interview! First of all, how’s 2016 going for you so far?
2016 has just started and it’s already shaping up to be an awesome year. My new releases are doing great, I’ve just built a brand new studio and my schedule is exploding for this forthcoming summer!

– You also recently built a new studio! Can you tell me more about it?
Yeah, finally! My old studio was very dark and the room itself was filled with stuff that I didn’t need; it was kind of like a small storage for unwanted crap, ha-ha. So, I decided to get myself a brand new one so that I would have a perfect work environment. Most importantly, the new studio gave me some extra head-space for inspiration and creativity. 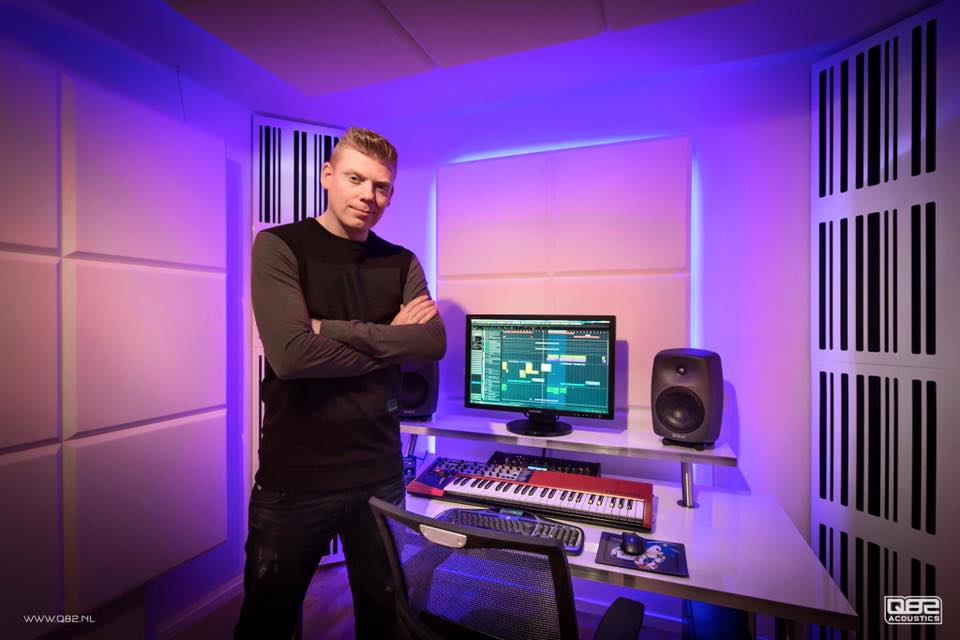 – Let’s take a little trip back in time! How did you become hooked on Hard Dance in the first place and can you talk about your earlier days in the scene?
Wow, okay, we have to go back a very long time! First of all, my dad is a singer, so growing up there was always music around me and I loved it. By the age of 6 or 7, every Saturday I recorded the national ‘Top 40’ chart on cassette tapes, listening back to the tracks over and over again.

Eventually, a friend of mine introduced me to the ‘Turn Up The Bass’ series, back then released by Arcade. I’d never heard anything like it and was hooked instantly! I vividly remember hearing “The Tape” by Frank De Wulf… Wow, it was like magic to my ears!

When I was in High School, one of my classmates played me a track from Thunderdome IV on his Walkman and my mind was blown! At first I thought ‘damn, this is too fast,’ however after settling in and listening to a couple more Hardcore tracks I became hooked. I began attending parties like ‘A Nightmare In Rotterdam’ in the Energiehal – the feeling there was simply amazing. I fell in love with the scene.

I remember one night I was standing in the crowd and The Prophet was promoting his new track “Big Boys Don’t Cry” and he threw a couple of white labels into the crowd. I was actually lucky enough to catch one of them, which was my first ever Hardcore vinyl. So, I hijacked my Dad’s turntable with +1 and -1 pitch range, ha-ha, and also brought myself a weird second-hand technics turntable and a cheap-ass mixer… The rest is history!

– For many years you pioneered the Jump scene, can you speak about how you made that transition over to your current sound?
I stuck to my sound, despite the fact that Jumpstyle was ‘dying.’ Whilst other guys in my scene quit or made the switch to Hardstyle, I continued playing and producing under my signature ‘Ruthless’ sound. I played sets the same as I do today, playing plenty of different and diverse tracks – as long as it’s hard and uplifting.

– You combine quite a few different genres into your productions; what’s the story behind this?
Yeah, I always try to do something different in every track I release and seeing as I enjoy listening to so many different styles of music, it’s sort of a natural thing for me to incorporate that into my productions.

– In your opinion, why do you think that the popularity of Jump declined over the past few years?
It was because of the dance which arose around 2006/2007; people associated that dance with Jumpstyle music. When the dance became popular, little kids and even the prime minister started jumping on TV and stuff, which isn’t a good thing for a movement that was meant to be underground. The huge commercial Jumpstyle hype in The Netherlands had destroyed the credible side of the scene, which is almost the same thing that happened to Hardcore in the late 90’s.

– Your remix of “Banaan” has absolutely blown up in popularity! How did this remix come about? And did you ever expect it to become so big?
Oh man, that banana ha-ha! I honestly never expected this one to blow up… And it’s still going! It’s been high-up in the Hardstyle charts for almost 3 months now which is crazy.

Story behind the remix is this: I really loved the original, so I asked Jebroer for the acapella as I wanted to make my own edit in time for Defqon.1 2015. I had the idea to make my edit very hard as ‘Gaan met die banaan’ stands for going absolutely bananas, so I needed a filthy kick! I was a big fan of Minus Militia’s “Crackin Your Ribs,” so I decided to make a special edit with the ‘Banaan’ acapella. When I played it at Defqon.1, Steve (Darkraver) went crazy; he absolutely loved it and also played it during one of his live sessions on Facebook.

The fans went crazy too – all they wanted to hear was ‘Banaan’ ha-ha! So, in February 2016 I spoke to Jebroer and he said that I could make it into a track. I wanted to release it in time for Carnaval, so I produced a break, added a second drop and my ‘Banaan’ remix was born, hehe! It was never my intention to officially release it, but I’m glad that I did.

– You just announced that you’re not performing one, but two sets at Defqon.1 this year. What can fans expect from FeestDJRuthless?
I’m really looking forward to both the Saturday and Sunday! Last year we tried out FeestDJRuthless at X-Qlusive Holland and it was a great success. Although we play very differently, our styles complement each other quite well. Visitors can expect a Freestyle set consisting of different styles, new tracks and mash-ups amped up with extra craziness!

– The ‘White’ stage at Defqon.1 was traditionally for Subground and also used for the QULT concept. What are your thoughts about Q-Dance dedicating this stage to the sounds of Freestyle this year?
I think that it’s a good thing. I really liked the QULT movement because just like Freestyle, it has no rules. I’m looking forward to seeing what the area brings this year.

– Speaking about Freestyle; for those who haven’t quite got the hang of the concept, can you explain it a little further?
People seem to think that Freestyle is a genre, however it’s not. It’s a way of playing tracks and building the vibe up during a set or party. You’ll hear the best that Hard Dance has to offer when you go to a Freestyle stage or event; Hardcore, Raw Hardstyle, Jump and even Trap – you’ll hear it all and that’s what a lot of fans want nowadays!

– Do you feel as though the concept of Freestyle offers DJ’s and Producers a new kind of freedom?
Absolutely! For example, if you play within one genre, it’s hard to go outside of the box. You can get away with playing one special track but then you quickly have to return to the ‘safe zone,’ haha. With producing it’s exactly the same. Freestyle represents the vibe in the earlier days; there are no standards and fans can just go crazy, regardless of the genre. I have a lot of freedom in the studio; my next track can be jump, hardstyle, trap, raw or a combination of all of them! I just like to see where things go when I’m working in the studio.

– You’ve played at this notorious concept many times and it’s like a second home to you! Can you share some of your wildest memories from Pussy Lounge?
I’m thrilled to be a part of the Pussy Lounge team! For years it was the only Freestyle concept where artists could play every genre, making me feel at home! Okay… I’ll admit that the girls, booze and ample fun on stage also help! Haha!

I’ve had so many great moments at Pussy Lounge, especially last year at ‘Pussy Lounge At The Park’ when my buddy Hardwell went nuts with us on stage for 45 minutes! That was such an epic moment. I also fell really, really hard on my back whilst crowd-surfing, which wasn’t my finest moment, haha…

What else can I say… Spontaneous b2b sets, crowd-surfing in rubber boats or on bananas, pole dancing in front of 15,000 people, putting dancers on my shoulders, passing out drunk backstage or forgetting you have to be on stage because you’re having so much fun in the crowd… It’s all a part of Pussy Lounge! 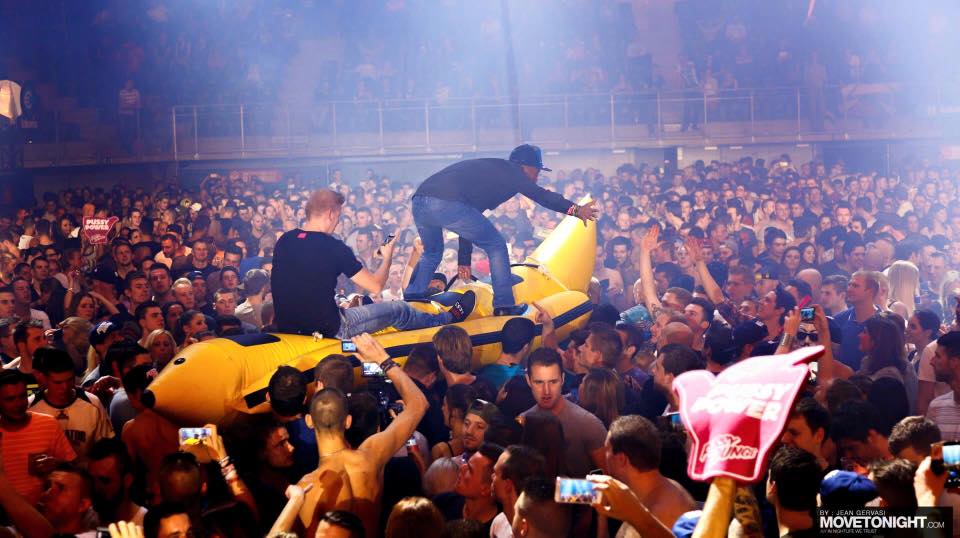 – What are your hopes for the future of Freestyle and where do you see this movement going in the future?
First of all, movement is a great word to describe Freestyle. Secondly, I think that it has a long way to go seeing as it has no boundaries and because it’s not a solid ‘genre.’

– Which other artists do you love to party with the most?
There are so many cool people in the scene, we all get along well and it’s like one big happy family. My good friends LNY TNZ, my buddy Darkraver and the rest of the Pussy Lounge family are a lot of fun to party with and it’s generally a great time with everybody backstage! I really feel at home when I’m surrounded by my colleagues. 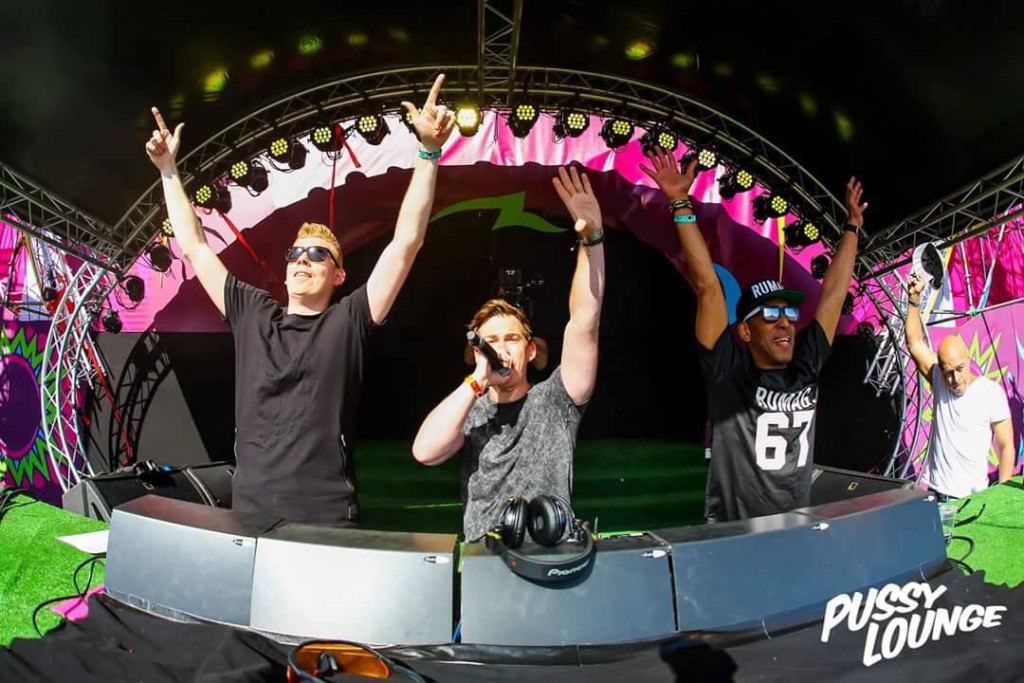 – Just before we wrap this one up, can you share some of your musical plans for this festival season and the remainder of the year?
You can expect new Ruthless tracks and some cool collabs. A brand-new Ruthless & LNY TNZ feat. The Kemist track has recently been finished; it has a real Summer/festival feel to it, so you’ll definitely be hearing this one during all my sets this season!

– Finally, what did you have for breakfast today?

A sandwich with hagelslag. Thanks for the interview!

A big thanks to Ruthless for taking the time to chat to us. We wish him all the best with his busy schedule this summer and can’t wait to catch both of his performances at Defqon.1! For those wanting to stay up to date on all things Freestyle, be sure to follow the social links below. 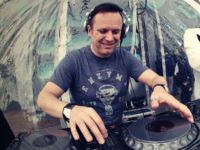 The man, myth & legend… Ruffneck sheds an HONEST light on the modern age, his Freestyle ventures and 25 year legacy!
June 21, 2017 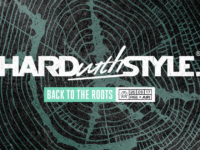 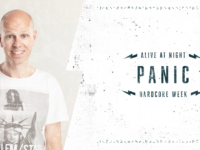