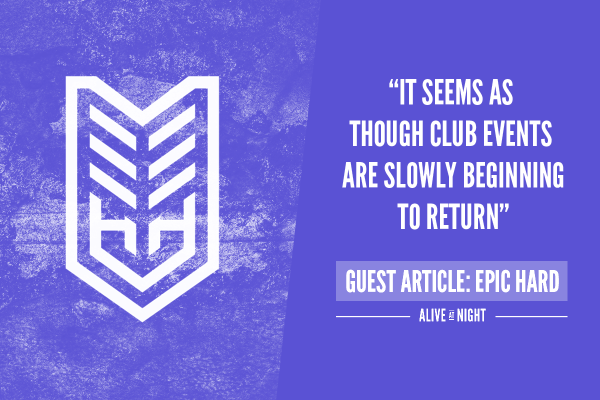 In Hard Dance’s central hub, The Netherlands, fans are left with an abundance of options when it comes to partying. With numerous distinguished festivals and large indoor events running throughout the weekend, in recent years it seems as though club-nights and smaller event concepts have diminished.

Nowadays, it’s incredibly difficult for Hard Dance-devoted clubs to keep their doors open, mainly because of the competition that stands against larger events. With a market that’s growing exponentially, it seems as though fans are becoming more inclined to spend their weekends at festivals or larger indoor events, instead of nightclubs.

However, on the flipside, there’s been one particular club concept that’s defied gravity and has successfully kept their doors open for one hundred events! Located in the heart of Tilburg, ‘Epic Hard!’ has become a notorious hot-spot for party-people looking to kick their weekends off.

Deemed one of Hard Dance’s most successful club concepts, we had the opportunity to welcome the front-man of Epic Hard, Yashar Nebbeling onto Alive At Night to tell his story. Outlining all details from the idea behind the concept, to some of the risks involved with running a club night, Yashar speaks further about how Epic Hard was conceived and of course, about their upcoming ‘100 events’ milestone! 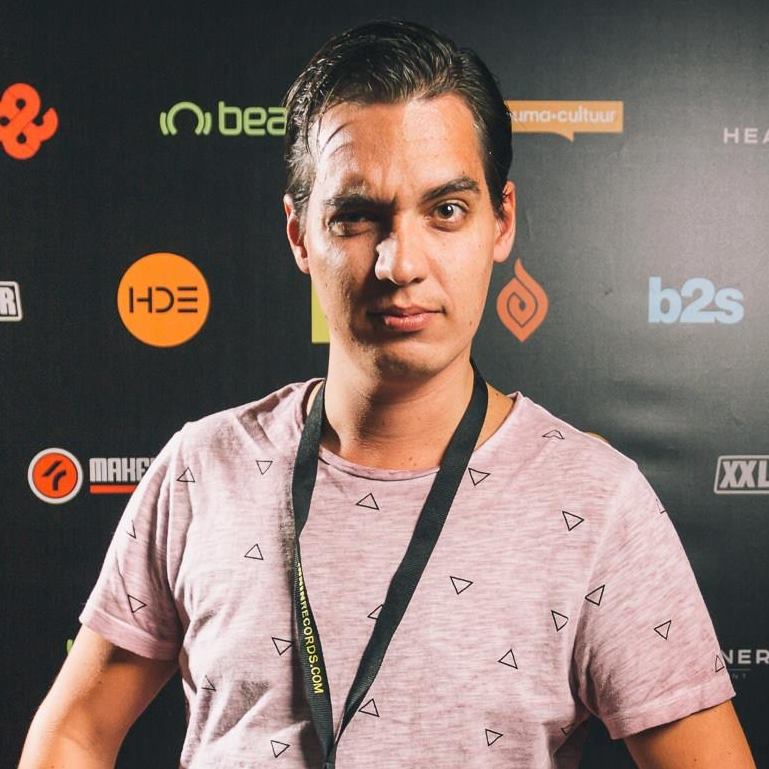 It was the summer of 2013 and a new club, Club Epic, opened in Tilburg. The first time I entered the club, I knew that this was it! I don’t want to sound overconfident, but it’s an amazing space and I felt an immediate connection.

Tilburg is a city that holds a rich history of harder styles clubbing, however there hadn’t been any club-nights held for a few years, so when I saw that Epic had an open spot in their agenda I proposed to fill this spot with my own idea. On social media it was clear that people were waiting for a fresh, new club event, so after speaking to the owner of the club he agreed that the time was right!

At the time no established idea or ‘plan’ was present – there was just an event to fill the gap in the agenda… However, the response to the first edition was mind-blowing and we didn’t expect it to be so huge! Literally, hundreds of people were standing in line to enter the club, and inside it was already full! At this moment we knew that we had something special, something that we needed to continue pursuing.

Successful, sold-out second and third editions followed and the Epic Hard! concept was really born. Establishing itself as a twice-monthly club concept with headliners and local talents, Epic Hard became one big family with numerous visitors who returned for each edition. This very devotion and community vibe has made this concept so incredible.

In terms of the design and marketing of Epic Hard, we did everything ourselves in the beginning. Night after night we went out, giving out flyers and putting up posters everywhere. After a few years you become familiar with how things work, and can make it move faster. For example, I remember calling an agency for the first time; nobody knew us back then and barely any promoters cared about this club event, however nowadays it’s a totally different story! 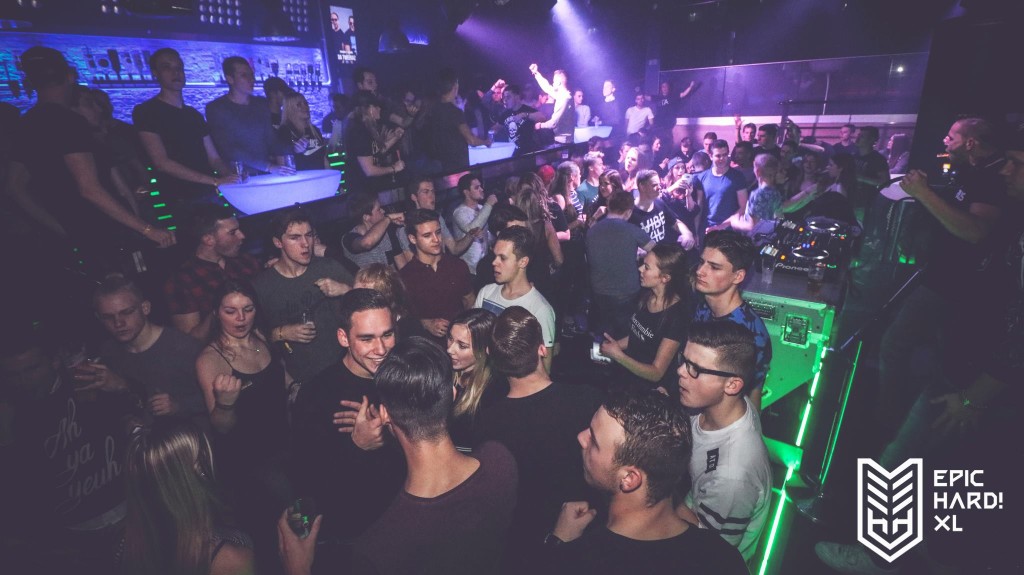 The dudes behind the Epic Hard! concept

I mostly did all of the work for Epic Hard, however I also worked alongside a lot of people, such as the owner of Epic, the DJ residents, bookings agencies and other professionals. Egbert (Xardio), was also there from the beginning and was a huge help – we’ve been working together a lot lately, because it feels great to work together and execute our vision.

We’ve been working closely with the management of Epic Tilburg since the beginning; they’ve given us an amazing opportunity, plenty of creative freedom and a lot of trust to create our brand and the events. In the beginning, the owners of Epic weren’t Hardstyle lovers, nor haters; they’ve been open-minded to all developments – even to some crazy Uptempo Hardcore editions!

They really feel the concept and we talk about it a lot with them. We all want to improve the concept and events each time and I couldn’t wish for a better management team than them!

In terms of residents, we began with three DJ’s in 2013 – Orphan (Freestyle), Hyperactivo (Hardstyle) and Xardio (Hardcore). I’ve known all of the guys for around ten years and they are amazing – they really know how to build up a night, can play proper warm-up sets and have even performed 5 hour sets! I have a lot of respect for these guys, and together they help create such an awesome vibe at Epic Hard! Later on, The Z., We Are Next and Exhilarate joined to complete the resident team and these guys also play frequently at our events. 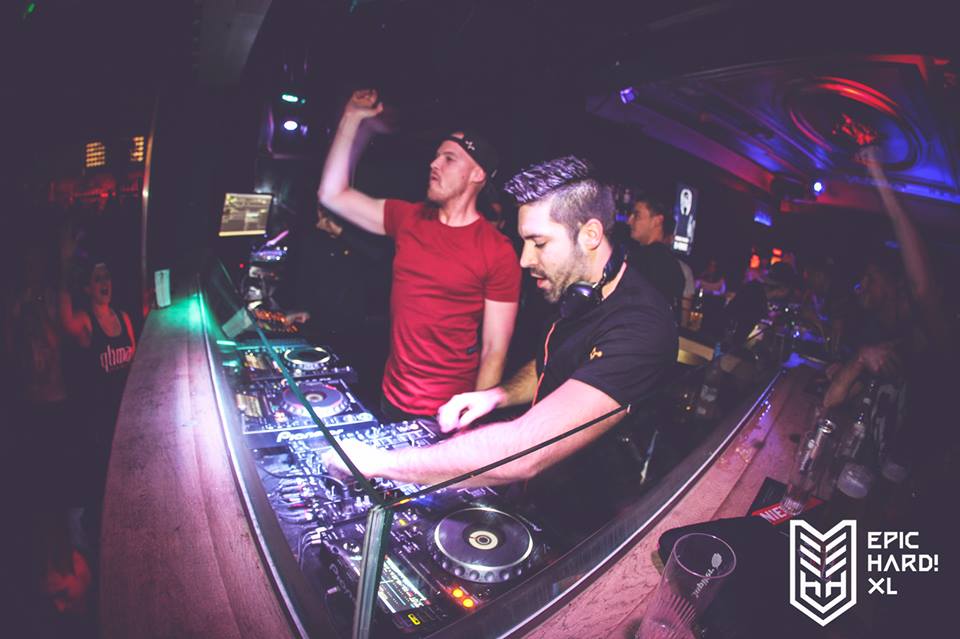 It seems as though night-clubs are at the point of dissolution. Ten years ago there were a lot more clubs than festivals, but nowadays the tables have turned. It feels as though a lot of DJ’s went abroad to bigger events for big payments and forgot about the club events. However, saying that, it feels as though club events are slowly beginning to return; during the last HDE conference we spoke to a lot of DJ’s and agencies, and most of them are really eager to work with night-clubs. I really hope that people continue appreciating the club scene because it’s an amazing platform for talents to develop their performance skills and get that on-stage experience.

Epic Hard! is intimate and all about the music. Unlike festivals, there’s no stage design that changes with every edition, there’s just a DJ booth, a LED-wall and solid sound-system. There’s this special, intimate vibe at Epic Hard. For instance, you can find your favourite artist hanging at the bar, you can have a drink or chat with them and take a photo. I can understand that as a DJ it’s amazing to play in front of 10,000 people, however this club atmosphere also has its charm too! 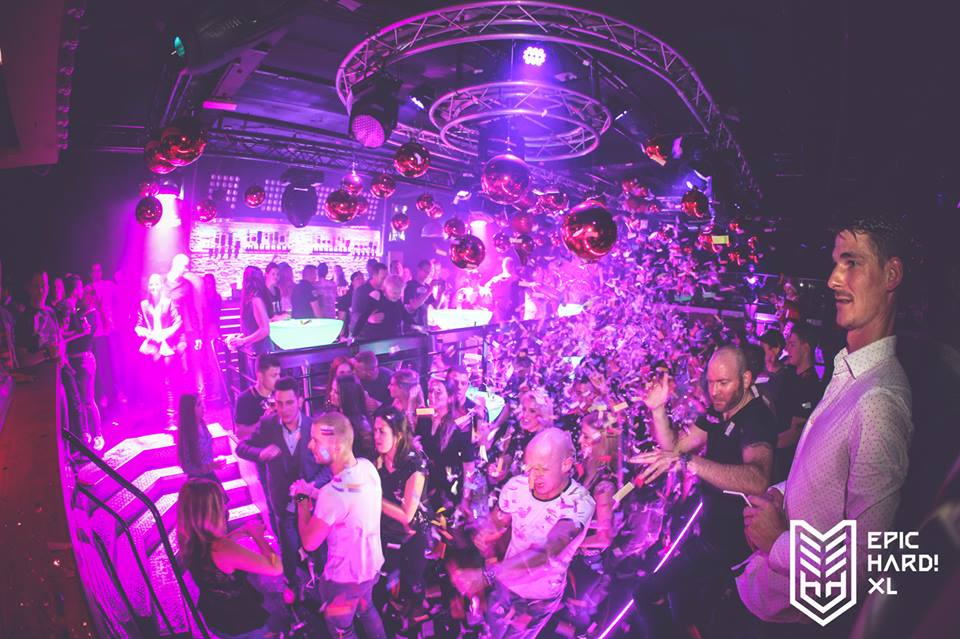 Furthermore, we don’t charge a lot for tickets either; with a maximum price of €10, it’s an affordable night out for those who want to experience the music.

Another unique thing about Epic Hard! is that the sound of the night steadily progresses. For instance, normally we open with older Jumpstyle or Freestyle, and the night ends with Hardcore. Not many DJ’s understand the concept of a warm-up set and sadly I’ve seen so many guys going full throttle from the first minute – it’s horrible if you ask me!

A lot of people have asked me whether I’d ever expand Epic Hard into something bigger, and the answer is probably not. I’ve seen how much time and effort it takes to create a festival and there’s no way that we can combine this with 25+ club events per year. Besides, I think the power of Epic Hard lies in the intimate club experience. I like that a clubbing event is ‘unique’ and I’d love to see more of them!

On Friday the 27th of January, we’re celebrating 100 Epic Hard events with an extra special edition! We’ve managed to score two headliners for the bill: Da Tweekaz and Sub Zero Project. We’ve had a lot of requests from visitors who have asked for Da Tweekaz on one of our line-ups, however we wanted to save them for a special event and this is the perfect event for it!

Sub Zero Project are one of the talent-acts I expect a lot from. I really like their balanced melodic-raw sound, and their latest release is a perfect example of that.

Of course, together with our residents, visitors of this event are in for a real treat!

The future of Epic Hard!

Like every other year, 2017 will also be challenging and I don’t know what it’ll bring in terms of the clubbing scene. I really hope for the best and we will continue doing what we do best and focussing on our goals.

We’ve already got a great schedule with artists such as Rebelion, Phuture Noize, Psyko Punkz, Sound Rush, Andy The Core, Spitnoise and many more!

A huge thanks to Yashar Nebbeling for this fantastic guest article. We wish the Epic Hard! team all the best with their forthcoming 100 party. For those seeking out the ultimate clubbing experience, head over to their Facebook page for more info!