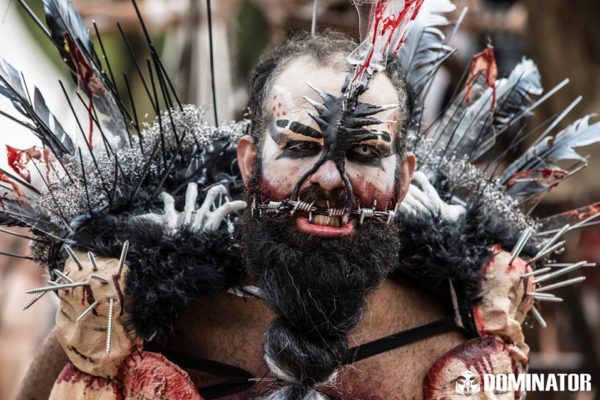 So here I stood. At the mainstage of Dominator Festival 2017, the biggest Hardcore event in the world. It must have been around two in the afternoon and AniMe just took stand behind the wheels. I remember that I was closely observing the robust, industrial-like stage, with a gigantic silver skull attracting one’s eye like a diamond neckless, finished with an immense flamethrower spitting a sea of fire from the top of its roof which would make Smaug terrified. It was in one word: imposing.

While I was studying this fearsome stage one of natures’ most gentle creatures landed upon my shoulder… a fat fluffy humblebee. You know, it is insanely rare that this fluffy flying fatty uses my shoulder as its airstrip. But I would never imagine that at this macabre stage, which its sound system producing a hurricane of sound, that such a noble creature would stop its journey for a moment, enjoying with me the beauty of Dominator. So there we were, me and my fat fluffy buddy, dancing on the heavy kicks played by AniMe. 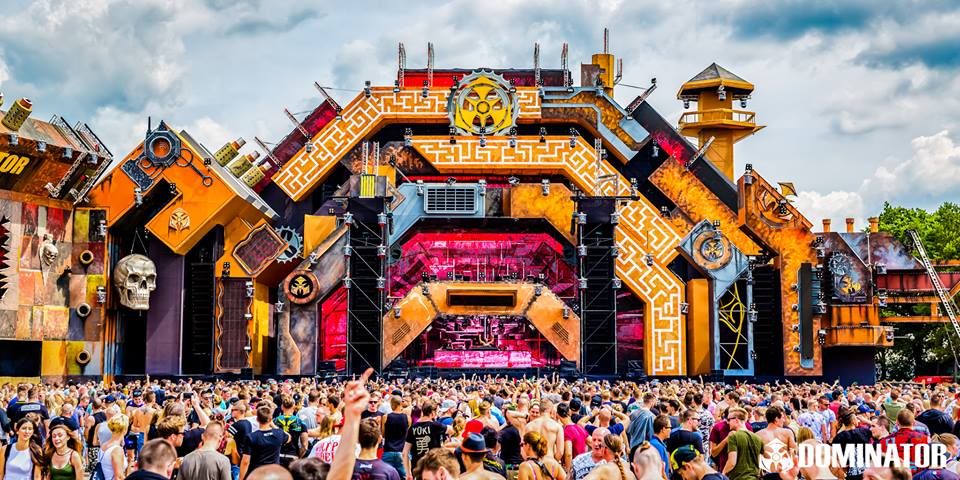 You might think I am just as mental as Radagast the Brown – google it – but this encounter is a striking metaphor for the festival Dominator. Everything at this festival is designed to grand the visitor the experience of entering a world of madness. Actors walk around in the most macabre costumes making you feel like you have entered the movie set of Mad Max: Fury Road. The stage designs are the opposite of the so common fairytale themes; they are dark, horrifying and gruesome. And the music? I don’t think I need to say much about it. Yet, at the same time the atmosphere at this festival is opposing all of this grimness. The people who come here might not be the average Joe on the street, but they are full of love and passionate about one thing: Hard Dance music.

With my fat fluffy buddy long gone, we went looking at the set of Adaro & B-Front at the Depths of desperados stage. As this stage is situated in the water and is surrounded by a beach filled with thousands of people, it generates this ancient Rome amphitheater feeling. Although lots of complains are made about the inappropriateness of a Hardstyle stage on a Hardcore festival, this stage remains one of the most memorable and striking features of Dominator. 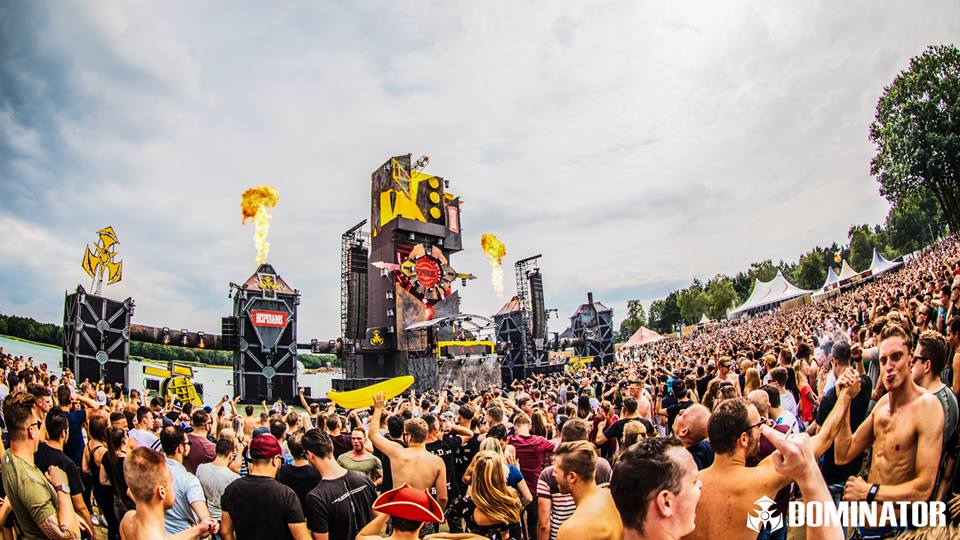 As soon as the set of Adaro & B-Front was over, we quickly made our way to the furthest edge of the festival area to enjoyed the show with dirt bikes, before entering the ‘Wall of wrath’ stage where Paul Elstak was playing. The floor was packed, but “wow” the party was on. In front of me a girl was dancing. At first the smooth rhythmic movements of her legs drew my attention as they reminded me of the penguin in the movie Happy Feet – yep, this is a compliment -, but then I noticed something else: her shoes. Everyone at this festival was wearing sneakers – mostly Nike Air Max of course – but not this little rebel. Nope, Miss Happy Feet was wearing shiny, perfectly polished Oxford shoes.

I stared at her shoes and I look up to Paul Elstak, I stared back at her shoes and turned around only seeing sweaty people with aggressive faces dancing like psychopaths. Again, I looked at her shoes. Just as with my fat fluffy buddy, her shoes provided such a huge contrast to the looks of this festival. Yet, in all the friction it generated it provided the perfect example of the unique vibe one experiences at Dominator. One enters a world with macabre, gruesome looks, but beyond this theme that is brilliant and detailed displayed, reigns a world full of passion and beauty; passion for music and beautiful decoration and people. 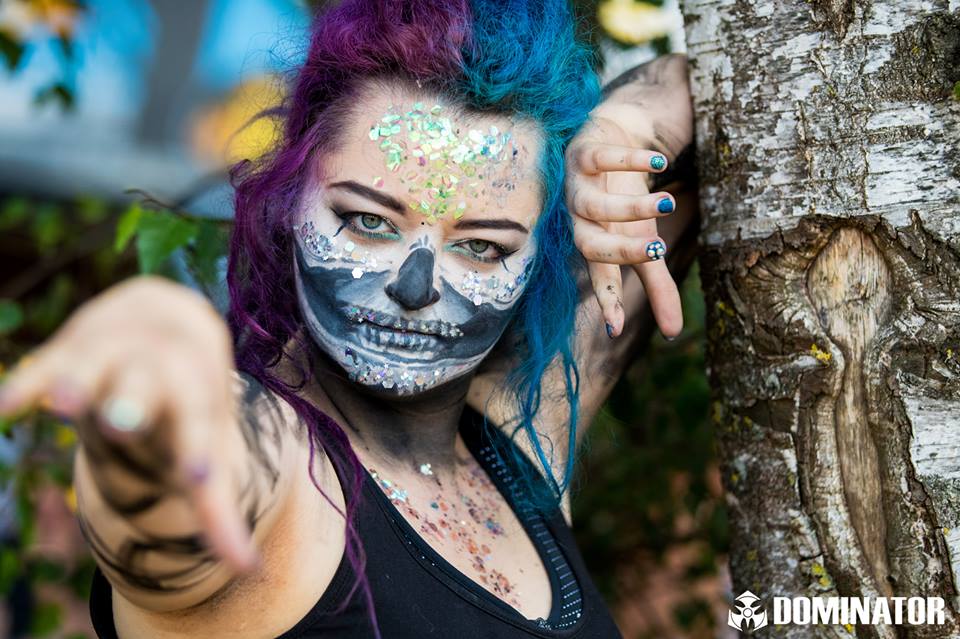 After the uplifting set of Paul Elstak we decided to get some food and chill at one of the benches situated at the beach. We didn’t have to wait in line – which is always a relief – and soon we sat down and enjoyed our burgers. While I was enjoying this moisty burger, I watched watercrafts performing a beautiful dance on the lake. My mind drifted of till a buzzing sound in my left ear waked me from my trance. Could it be? I looked at me left and stared at the yellow black stripes of… a f***** wasp. 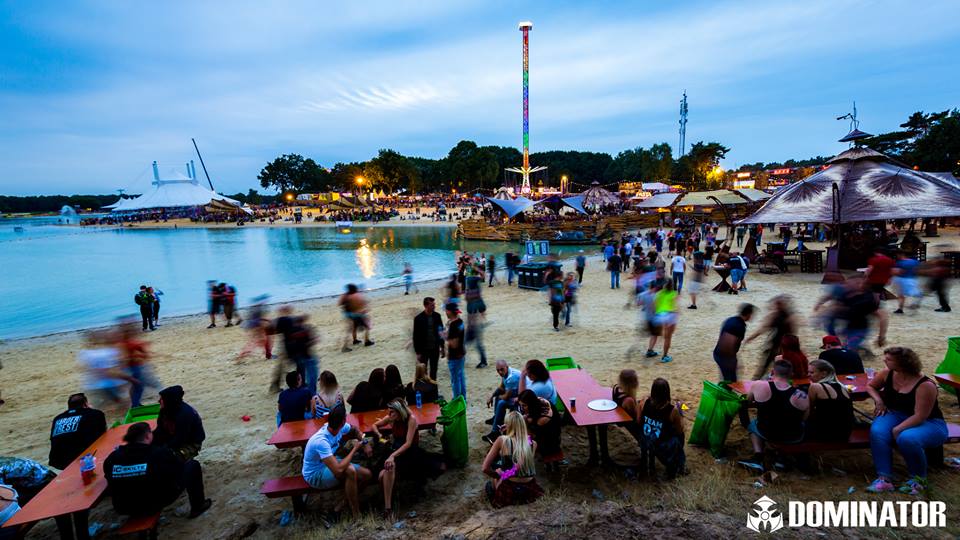 As DJ Mad Dog was playing his last tracks on the closing act on the main, and I was staring at the dark sky, were fireworks displayed their beautiful colors, the same thought came to me. I looked around and something vital caught my eye: “There was no one capturing the end show with their mobile phones.” The end show of Dominator may not be as sophisticated or majestic as at some of the other big Hard Dance festivals, but this is not what Dominator is about. The atmosphere during this last hour demanded from each and every one complete devotion, to give their all until their longs would collapse. There was no one standing still while DJ Mad Dog blasted his kicks over the dancefloor. It is this complete devotion that results in the most energetic atmosphere that is so representative for Dominator. Nope, Dominator is not only fairytale. It is a festival in which fairytales collide with their counterpart of horror. It is this unique mix that makes an unique world; the world of DO-MI-NA-TOOORRR!!!! 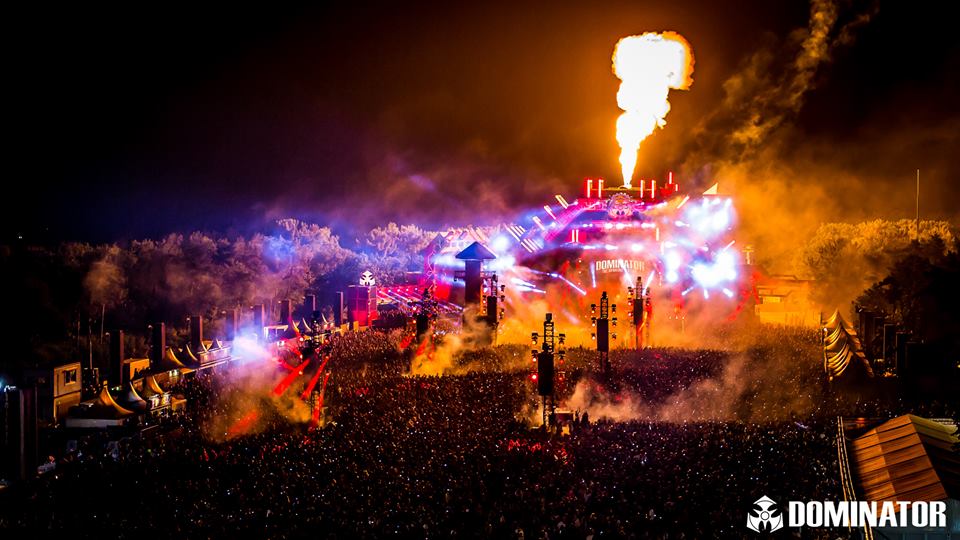