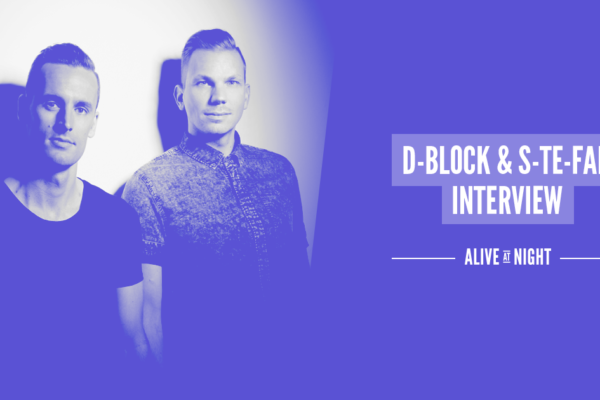 D-Block & S-te-Fan have been consistently recognised as being at the top of the Hardstyle game for many years, with legions of Hardstyle fans crediting the duo’s revolutionary track “Music Made Addict” with being the tune that sparked their own love for Hardstyle.

Over the past couple of years, D-Block & S-te-Fan have been on a quest to rediscover the passion they felt when they first fell in love with Hardstyle. Having undertaken a journey of musical exploration and discovery, the duo eventually came to realise that there is a feeling which only Hardstyle can create. By making music that expresses the true essence of Hardstyle, D-Block & S-te-Fan have found their “Antidote”.

“Antidote”, the brand new album by D-Block & S-te-fan will be released on Tuesday 12th September, just a few days before their headline appearance at Defqon.1 Festival Australia.

Aussie fans can not only pick up a copy of the album but also have the opportunity to meet D-Block & S-te-Fan in person at the Defqon.1 Fan Day in Sydney on Friday 15th September.

We caught up with the guys to talk about the album and ask them why Australia is one of their favourite places to visit in the world.

– We are so pleased to learn that Hardstyle has proved to be your antidote, and thank you for sharing this discovery with your fans. Was there one defining moment when you realised that Hardstyle was the answer?
This understanding actually really grew on us during the process of creating the album. By making this album we slowly but surely felt the barricades falling down. For a couple of years we felt restrained whilst making Hardstyle. This recent switch probably came about because we stopped thinking too much about direction for our music, and instead just focused more on the joy and passion. It was really a surprising discovery to find that making Hardstyle was the antidote.

– You’ve spent a year rediscovering your love and passion for Hardstyle. Did you sit down a year ago and plan to make an entire album, or did the concept of an album grow once you had started making some tracks?
For the last few years we hadn’t even considered releasing a new album, as the success of “Music Made Addictz” was almost unreachable and interest in new albums often seems to fly over quite quickly. But when we finished four songs in the first month that we were working on new Hardstyle, we kinda rolled into the idea out of pure excitement! And when we discovered what making these songs meant to us, we simply had to name the album “Antidote”. 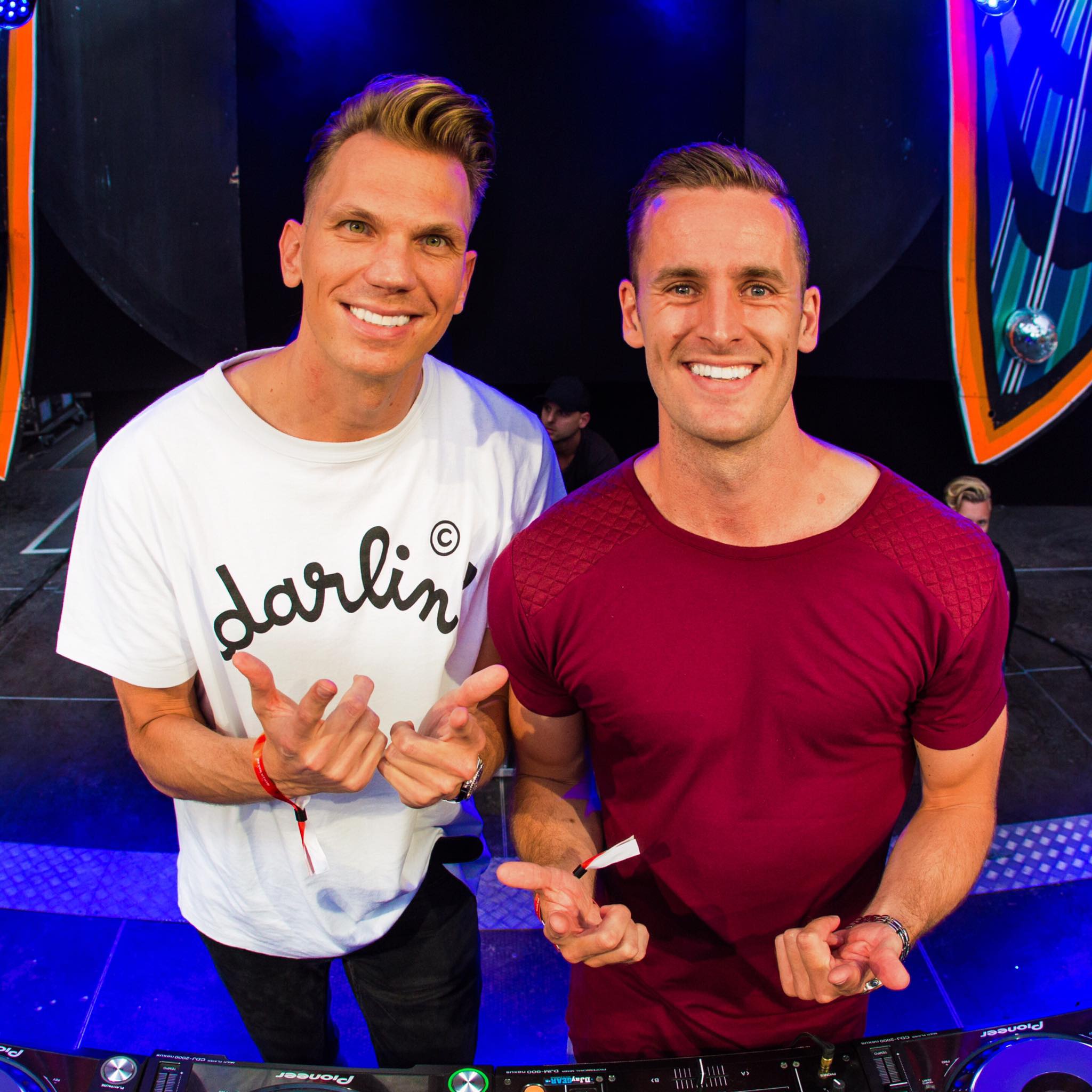 – You’ve recently revealed the album title track and released two singles from the album, can you give us any hints about what to expect from the other tracks? Do you have any particular favourite tracks on the album?
It’s really hard to pick a favourite because every track has a different meaning to us. For this album, we tried to work in some concepts to the tracks, so we really tried to give meaning to a track and put in vocals that matches the vibe of the track. Besides that, we think our album has a big variety of tracks on it. It’s all Hardstyle, but there is a track for every mood!

– Over the last couple of years you’ve worked on music in other genres and worked with a range of artists outside of Hardstyle. How has that experience influenced your work on your new Hardstyle album?
We started working on other styles of music, under the name DBSTF, because we started to feel limited in our progression as musicians. It’s all about making music you love, but also to keep on learning. Every day, we try to learn new things and new methods to create music but also getting older widens your taste in music. That’s why we wanted to create that space for ourselves with our DBSTF work.

Working with artists from different genres and working on different music gave us a lot of experience. We learnt a lot of new techniques and it also gave us good insights on how to improve ourselves as musicians. But it also really showed us that Hardstyle is something that’s in our DNA, that we would never want to stop producing Hardstyle music.

– Hardstyle has one of the most loyal fan communities in the world, with so many people who hear the music going on to develop a lifelong devotion to the scene. Why do you think Hardstyle has this effect on people?
Hardstyle is a choice, a lifestyle. You won’t really understand about Hardstyle, the artists or the community, unless you choose to be part of the team. That’s what’s makes it so special.

There isn’t much out there that can possibly compare to Hardstyle. Hardstyle has positive vibes and a crazy amount of energy. Once you’ve visited a Hardstyle party, you’re hooked!

– A track on the album that we’ve already got to know well is of course this year’s Defqon.1 Australia anthem, “The Eye of The Storm”. What were some of your inspirations in making this anthem?
The theme of this year’s edition of Defqon.1 is Victory Forever. We got inspired to make a triumphant melody, as you might expect to hear when the knights got back home to the castle after a great victory in a battle! In the middle we wanted to build up to that victory with some heavy sounds and drums leading all the way to victory. No victory without a battle!

– We’ve heard that you guys really enjoy visiting Australia, which is lovely for all your Aussie fans to hear! What is about Australia that you like so much?
Australia really does feel like home to us, and maybe even a bit better than home! The people, the vibe, it feels like Holland did about 30 years ago. Besides that the weather is ten times better too haha! The Aussie crowd always give us such an amazing welcome. All the shows we’ve done so far in Australia have been insane; that’s one of the reasons we chose Sydney as the location of our videoclip for “Alive” and also the reason we love to come over and play in Australia.

– Australia is many, many miles away from the Netherlands but has one of the most dedicated Hardstyle fan bases in the world. Why do you think Hardstyle is so popular ‘down under’?
Big shout out to the promoters in Australia for sticking their necks out for the Hardstyle scene. In many countries promoters are not really experimenting with Hardstyle, but Australia has been building the scene for over 10 years now…AND IT SHOWS! From the club scene to the big events, the promoters are all doing an amazing job!

Also the Australian crowd is really progressive; they know their music and artists, and they are dedicated! They fell in love with Hardstyle like we did 15 years ago, and that’s what makes it big! 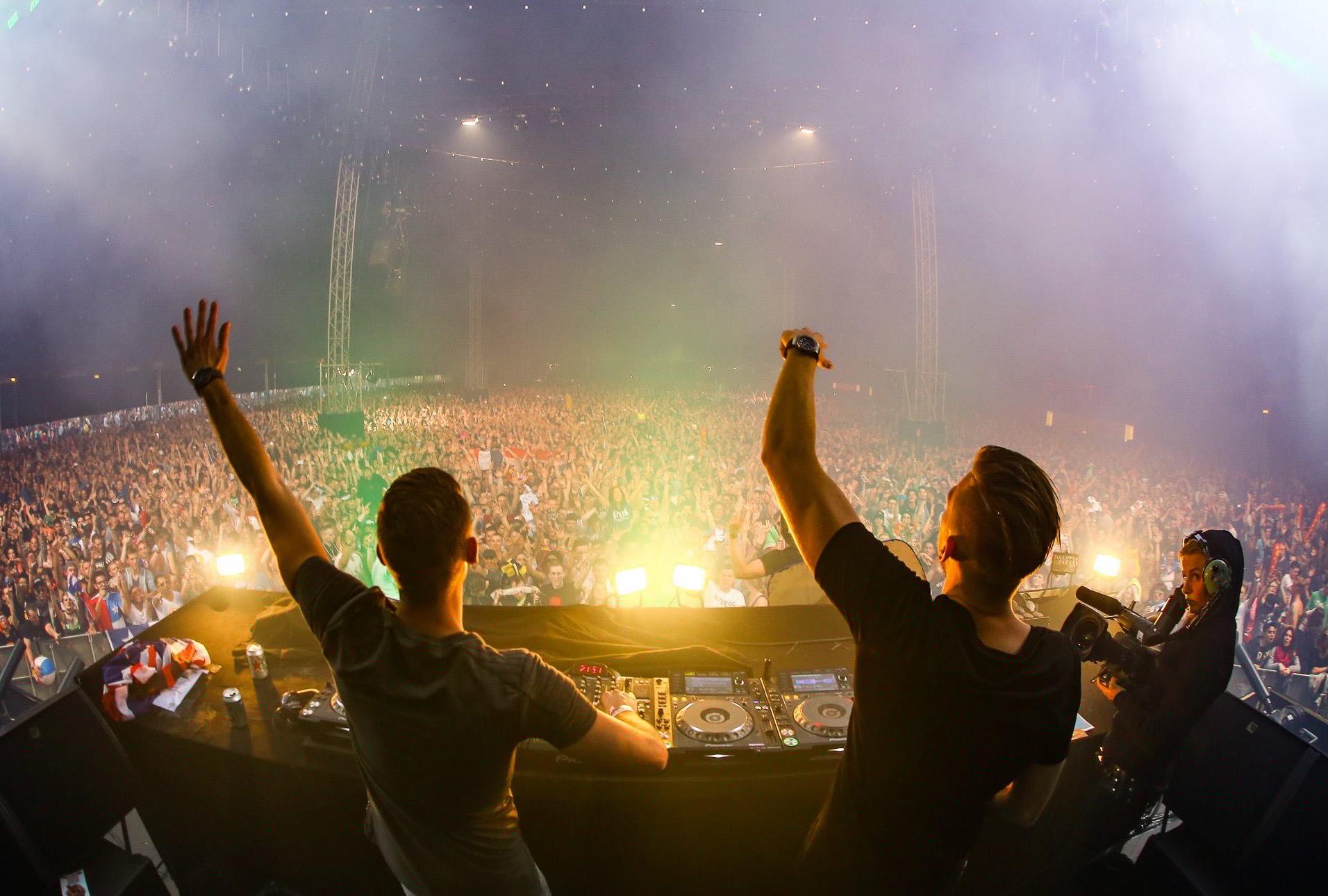 – Of all the destinations you’ve visited so far in Australia, which places are your favourites, and why?
Without disregarding the other cities, Sydney definitely is our favourite city. It’s just all you can ever wish for; the water, the beaches, the high rise city centre, the people and the vibe, it’s just heaven. Sydney is one of the top cities in the world to visit for sure!!

– And where in Australia have you not visited yet, but would like to visit one day?
We’d like to go inland, and to go on a road trip from top to bottom on the east coast. We would love to have a trip into nature and embrace the beauty of Australia. We mainly see the big cities because of our busy schedule, but exploring the rest of Australia is still on our bucket list.

– Let’s test your Aussie-ness! You’ll have to work out what we’re asking first, because the questions are all in Aussie slang!

Have you ever done any of the following?

– Been for a surf before brekkie?
Diederik did, when he was on holiday in France. But that’s 13 years ago and has nothing to do with Australia haha!

– Worn thongs?
Thongs as in slippers, for sure matey!

– Put an esky full of tinnies in the back of the ute and gone out to the bush for a doof?
We know a ute is a car, kinda special to some Aussies, but what you guys are doing in the bush with your car is a big question mark for us lol.

Guys, thank you so much for chatting with Alive at Night today, we’ll see you in Sydney soon for Defqon.1 Australia!

D-Block & S-te-Fan’s brand new album “Antidote” is available for pre-order now at Hardstyle.com, and Aussie fans can collect their pre-ordered copy and also meet D-Block & S-te-Fan at the Defqon.1 Fan Day at Shark Hotel in Sydney on Friday 15th September. Keep an eye on social media for further details!