Back With A Vengeance! – Toneshifterz talks albums, touring and breakfast! 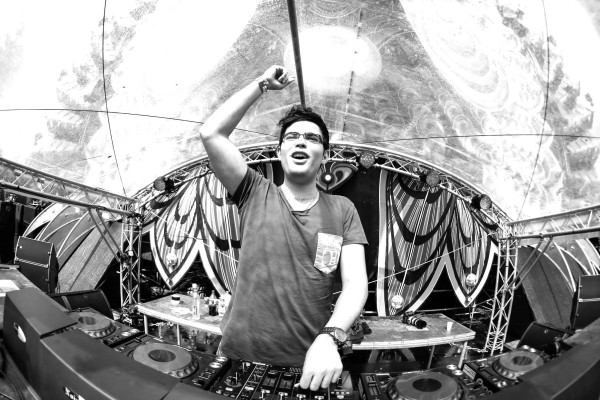 Back With A Vengeance! – Toneshifterz talks albums, touring and breakfast!

Known notoriously as the man from the land down under and making appearances at some of the biggest stages in the world, Toneshifterz has been on a creative roll lately! His open-minded approach to music and laid back attitude is what sets him apart and has allowed him to climb to some hugely successful heights. After revealing at Hard Bass 2015 that he has been working on an album recently, we just HAD to grab a moment with this token Aussie to find out more about his musical path, his upcoming album and of course, what he ate for brekkie!

1. Hi Elie! How are you going today?
I’m going well thanks!!

2. Great! How has 2015 been treating you so far?
I’ve been quite busy! I’m still currently studying full time and I want to finish my degree, which makes complete sense. I’m also planning my wedding at the same time with my beautiful girl and I’m writing an album! I’ve also been touring quite a bit too which has been great. So yeah, so far its been good, there has been a lot of work on my shoulders at the moment, but it’s good!

3. Okay! Let’s get down to business. At Hard Bass you announced that you are working on an album and we’re been dying to find out more! What caused the decision to produce an album?
Well to be honest, I’ve had some down-time in the last couple of years you know, and have dealt with some personal things. Now that it’s all finished, I’ve been in a good head space, things have been going in the right direction and I has such a good reaction to my anthem I did for The Qontinent, I thought to myself: “I’ll make good comeback with a bang and write an album!”

4. Does the album have a specific storyline?
Well I have two themes for the album, one is shifting from the source – the source meaning: hardstyle. For this theme, I’m writing music that still has its roots in the old hardstyle sound, but is drawing influences from different genres, and music. The other conceptual idea I had was ‘Back With A Vengeance,’ which is actually one of the song titles in the album, and this is more or less a statement about me as a person and my music career etc. At the moment, we are still deciding on what one is best!

5. What is the ultimate aim for your album?
For me, the album is a great way to express my music with others and it’s a good way to expose my vision and my idea of music, specifically hardstyle. Nevertheless, the album is going to be diverse and utilising lots of aspects from different styles and genres. It will have lots of different things on there and as well a lot of ‘hardstyle’ things on there if that makes sense! My ultimate goal is to expose as many people to hardstyle as possible, and I think working in this way is a really good start! 🙂

6. Who else are you collaborating with when making the album?
At the moment I have collaborated with Code Black. I’ve been talking to Audiofreq for collaboration and I have also been working with Havana brown and LNY TNZ.

8. You also wrote a statement on Facebook a little while ago saying that you miss the older hardstyle sound, will you be bringing this onto the album?
Well look, with this sound, it has been done and dusted, so in order to use this sound again, people won’t really react as much on the dance floor because it feels old. I do however have a couple tracks on the album which are a mix of the old style and the new style. I guess that’s for me to know and for you to find out! 😉

9. What are the 3 essential things that an album should contain?
Well, first thing is first – it should contain good music. Secondly, it should have a variety of music that will keep things really interesting. Last but not least, it shouldn’t just be a CD with a bunch of tracks, but it should provide an experience, a journey that builds up.

10. All albums aside, you recently supported Zatox on his “New World Order” tour, which practically saw you flying all around Australia! How was the tour and experience?
Yeah, it was crazy! I mean Gerardo (Zatox) is a good friend of mine and to play with him on his tour together with Audiofreq was awesome! Sometimes It gets a bit hectic with the constant traveling, which happening more and more these days, but its great! I could only do the Sydney and the Melbourne show, because I had my own show on the Sunday in Perth. But yeah, it was a great experience as usual and I would do it again for sure! 😉

11. A little earlier this year you also had some great bookings in The Netherlands, how was that for you?
Yeah that’s right! I played at Hard Bass this year and I did a bunch of surrounding bookings. Hard Bass was fantastic as usual, you know, 30,000 souls moving in unison feels fantastic when they are moving to your music! It was also really great to be back in Europe. I mean, everything is so close together in Europe and there’s such a big population there, so there are always parties and events on. Never a dull moment in those regards.

12. Would you ever make the move over to The Netherlands? If so/not, why?
Well I did in 2011, was there for 2 years. But I came back to Australia for some personal/health reasons that I had to take care of. I think about moving to Holland but at the moment, but I don’t think I really need to. We have a thriving scene here in Australia at the moment and I’m in Europe like twice a year anyway. Not to mention, Asia is right next-door! So right now Australia is pretty attractive to me, not to mention the weather, but we have such a beautiful country 😉 However, it could be a possibility in the future to move there again for a year or so.

13. What is your favourite Dutch food?
By far a Kapsalon.

14. What is the best thing about being an Aussie?
I can wear my thongs and jeans without looking like and idiot.

16. (Like B-Frontliner & Second Identity) Who would you put together as a unique live-act?
I think myself and Code Black in ‘TONE BLACK,’ haha! We’ve always spoken about doing that!

18. Finally, what did you eat for breakfast today?
I ate homous and baba ganouj dips with some black and green olives with some freshly baked sourdough bread, with fried haloumi cheese and some fan-fried sunny-side up Eggs, cooked until its not runny but still jelly in the middle. I had that together with a smoothie containing, almond milk, blueberries, strawberries, oats, honey from my uncles hive and splash of vanilla bean. I love good food ;D

A huge thanks for chatting with me Toneshifterz! We can’t wait to see what your musical journey has next in store for you and we certainly hope to catch you sometime during festival season! We also wish you the very best with your upcoming album and cannot wait to see what new tunes you have ready for us!