Audiofreq breaks all boundaries with his new album ‘Audiology’ 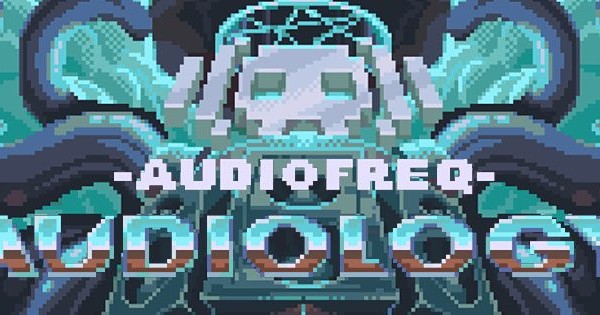 Audiofreq breaks all boundaries with his new album ‘Audiology’

I can only speak for own beliefs, but when I deliberate about what it means to be a talented producer, there’s definitely some sort of criteria that needs to be fulfilled. Not only does a talented producer need to understand how to translate their creativity into the medium of sound, but they should also be audacious daredevils who look at music in an abstract way, a way in which diverse sounds are not separated by ‘genres…’

Maybe it’s got a little something to do with being a typical trailblazing Aquarian, but if one thing’s for sure, it’s that Aussie fireball Audiofreq doesn’t even feel slightly compelled to float along with the masses. Sam is the epitome of a creative and artistic soul; he’s courageously explored music’s infinite possibilities and has projected this same mind-set onto many fellow Hard Dance producers and fans.

Just last week, Sam proudly unveiled his second album ‘Audiology,’ a project that’s been in the works for two years! If I can describe the album in a few words, I’d say that it’s comparable to a really good MDMA trip – but hey, maybe that’s got a little something to do with the inclusion of “MDMAUDIO,” which is an intensely powerful and soul-capturing piece of Hardstyle.

To be frank, I didn’t know what to expect from Audiofreq’s ‘Audiology’ and I guess that’s where the magic of this album lies – in its surprise. Leading up to the release, Sam posted the following statement on social media:

“Genres you will hear in AUDIOLOGY

I was immediately thrilled! I’m a huge fan of Electronic music in general, and as a devoted lover of Drum & Bass, I was particularly interested to hear how he’d cipher those sounds. It’s not often that you hear Hard Dance artists revealing their outer experiments to the public, let alone on an album. There’s no doubt that Sam put his heart and soul into ‘Audiology,’ so it was interesting to sit back, leave the current world behind and fully immerse myself into his creations.

Listening to Audiology for the first time was an intense experience. I warn you, this album is not designed to be background music.

I fell in love with all of the tracks on the album, however I’m going to take this moment to quickly run through a handful of my personal favourites.

The third track “Want My Love,” featuring stunning vocals by Teddy is a super funky piece of work with mind-bending sound design. Audiofreq thrives on and embraces this complexity within his productions and I think that it’s great he’s able to produce something that’s well thought-out, yet still dance-able.

If you want a tasteful mix between the underground, early Hardstyle and Audiofreq’s signature eeriness, then “Analog Alchemy” will tickle your fancy. The track begins with a fresh, warehouse-y sound, but don’t be fooled, because it progresses to reveal a majestic melody that’ll have you wrapped up in nostalgic feels.

Following-up to “Analog Alchemy” is “The Grid,” which is a rather unusual piece of Hardstyle. Proving his ability to fold just about any influence or genre into Hard Dance, Audiofreq whips up a surprising, tantalising piece of art that’ll have you seeing sounds and hearing colours! And if you’re curious, the colours I’m hearing are a spectrum of gorgeous metallic purples and blues.

Another massive stand-out from the album is “Psychosonic,” featuring Dave Revan. For those familiar with The Prodigy, you’d most certainly be able to hear some of their influences in this track. This is a superb production by Sam and I hope to someday hear artists from other genres playing his non-Hardstyle (and even Hardstyle) tracks!

Track number fourteen, “Rampage,” puts the ‘style’ back into Dubstyle! Featuring Messinian, who also features in Excision’s hit-track “X Rated,” this track is raw, hard and intense. I’m glad that Sam got right into Dubstep; although the genre experienced a sad demise, there’s really nothing that beats filthy ‘wobs’ and it’s nice to hear it being folded back into Hardstyle.

As I mentioned earlier, I’m a massive lover of Drum & Bass and it’s a genre I’ve been passionate about for a long time. When I heard “The Hornet” for the first time I was instantly captured! I did have to set aside my major fear for wasps and bees though…

Rounding off the album is killer Hardcore production “Audio God” and it makes me wonder why Audiofreq doesn’t try his hand at Hardcore more often! Nonetheless, I’m really looking forward to hearing this track at the end of his sets because it’ll do some serious fucking damage!

All in all, I have to say that ‘Audiology’ was certainly worth the wait. Listening to and understanding Sam’s personal vision of music was truly inspiring and I’m certain that this album is going to signify a huge step in the right direction for modern Hardstyle.

‘Audiology’ is available for digital purchase and also for streaming, so get on that shit now!