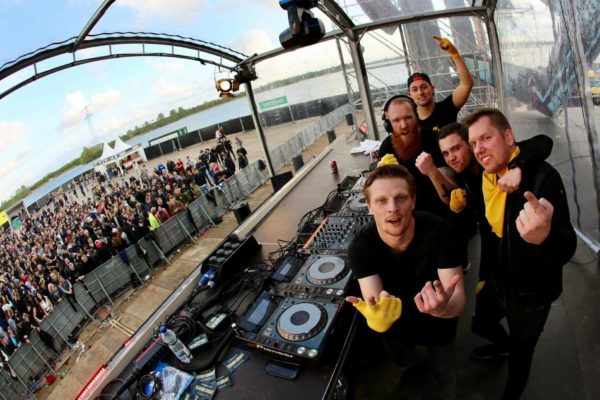 The Opposition; the latest Theracords creation and the new destructive leaders of the underground movement are current with their first ever album release. With their promise to have various combinations of artists on stage, they’ve found a way to execute something quite common, but in an innovative and fresh way. The Opposition aren’t f*cking around – they promise something different.

We had a chat with the head honcho of Theracords, DJ Thera himself to find out how this will work in the long run, what the live-act is all about and also if we will see a 10-year anniversary cake at the Theracords office next year.

– Welcome DJ Thera to AAN, thank you for joining us and giving us some insight into The Opposition. How are you today?Great, thank you. Hope you are great as well 🙂

– So clarify one thing to us all before we begin, Theracords is known for its’ slogan ‘Music Produced From the Heart’, does this mean that all of your productions are produced with passion?
Of course, it is simply impossible for me to create any music without passion.

– Isn’t that very demanding in the long run? Sometimes you must surely be in the studio just for fun?
I think the whole “fun” aspect is also a form of passion! I have a lot of sounds in my tracks that are created in a light hearted and unexpected way; then it’s all about letting your inspiration take over. The demanding part is mostly adding the finishing touches onto a track because mixdowns can take forever!

– You’ve housed many artists within the scene, we quite recently interviewed Wavolizer for instance who was a part of your label for a long time. Other artists that has been residents under your label are Delete and Deetox who are currently in the spotlight of Raw Hardstyle. Do you ever miss these guys and was it hard letting them go?
Of course I miss the artists that have left, but in some cases it was just way better to let them go. For instance Geck-o and Wavolizer both wanted to create different genres outside of Hardstyle, so in that case it’s better to go our separate ways.

– Now onto your new prospects, Beatfreak, Invector, Resist, Retaliation whom are all newcomers, as well as your current resident artists Psyched, Project Exile, as well as the leader of the underground movement Caine himself, what do you think the future has in store for these fellow members of The Opposition?
Obviously I have the utmost faith in our artists and I think we can achieve great things! Every single artist we have has his own unique sound, style and qualities – with giving everyone complete artistic freedom I am very curious for what the future will bring! 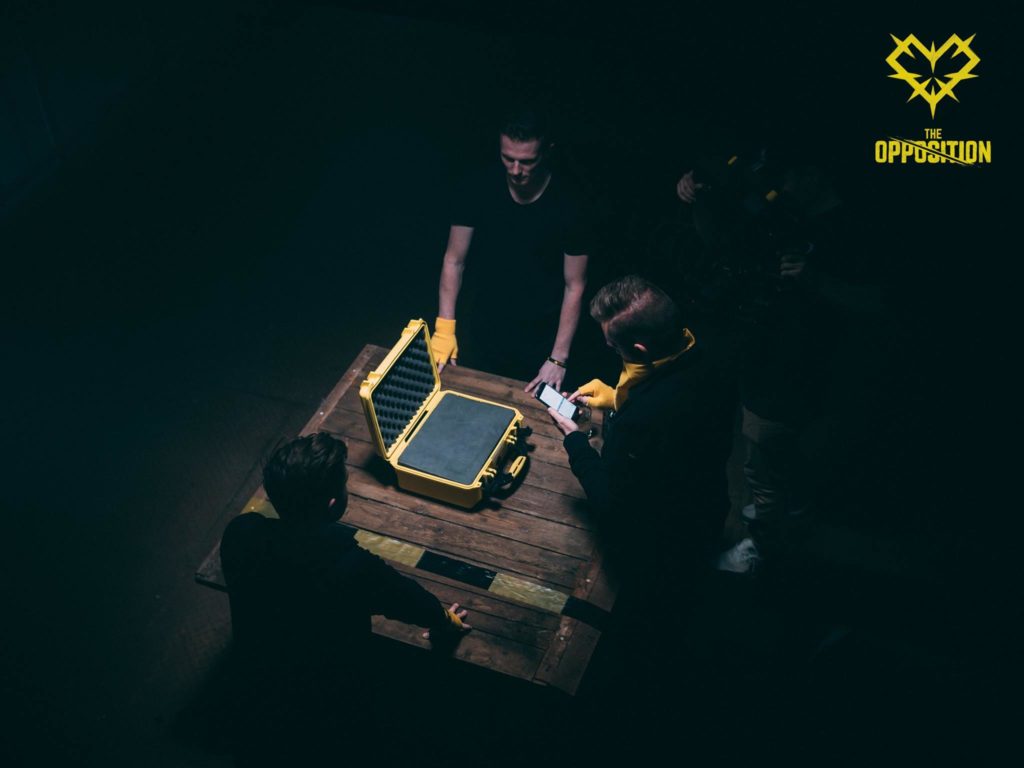 – So calling yourselves ‘The Opposition’ insinuates that you challenge someone’s proposal, and a lot of the lyrics in the tracks on your latest album are in fact about being part of an underground movement, what can the listeners expect of this?
In a world full of prejudgement, marketing and people who decide what should get attention and what not, we want to do things differently and just focus on sharing our love and passion for Hardstyle music. Nothing more, nothing less.

– The Opposition surely means to challenge the scene as we know it. How do you count on getting both The Opposition and its artists out there from here on out?
Our main goal is still to showcase our music to as many people as possible. This is our view of hardstyle music and we want to share this view with everyone.

– Will we see more from your act besides Raw Hardstyle in the future?
The great thing about having artistic freedom is the unknown regarding what will come next! On the album I, for instance, started using more old-school influenced kicks again – I love to incorporate different things into Hardstyle. That makes it more diverse and longer lasting in my opinion. So I wouldn’t also call our act/our album typical Raw Hardstyle only, it goes beyond that.

– The live-act of The Opposition is quite an original concept, given that it will always consist of different members of the group in every performance does this also mean that we can expect to see new artists joining The Opposition?
Yes, it does always depend on which acts the organisation that books The Opposition wants to see. The only rule is that it has to be acts from our current Theracords roster, but furthermore there aren’t any rules involved.

– Before we move on, you’ve released one album so far as The Opposition, can we expect any more albums?
The whole album release thing is an amazing rollercoaster and it feels really good to have an actual product in your hand, instead of seeing a release just pop up online on Spotify or any other music site. This is now the third time to have a CD in my hand and all I can tell you, it definitely doesn’t bore me at all, haha! 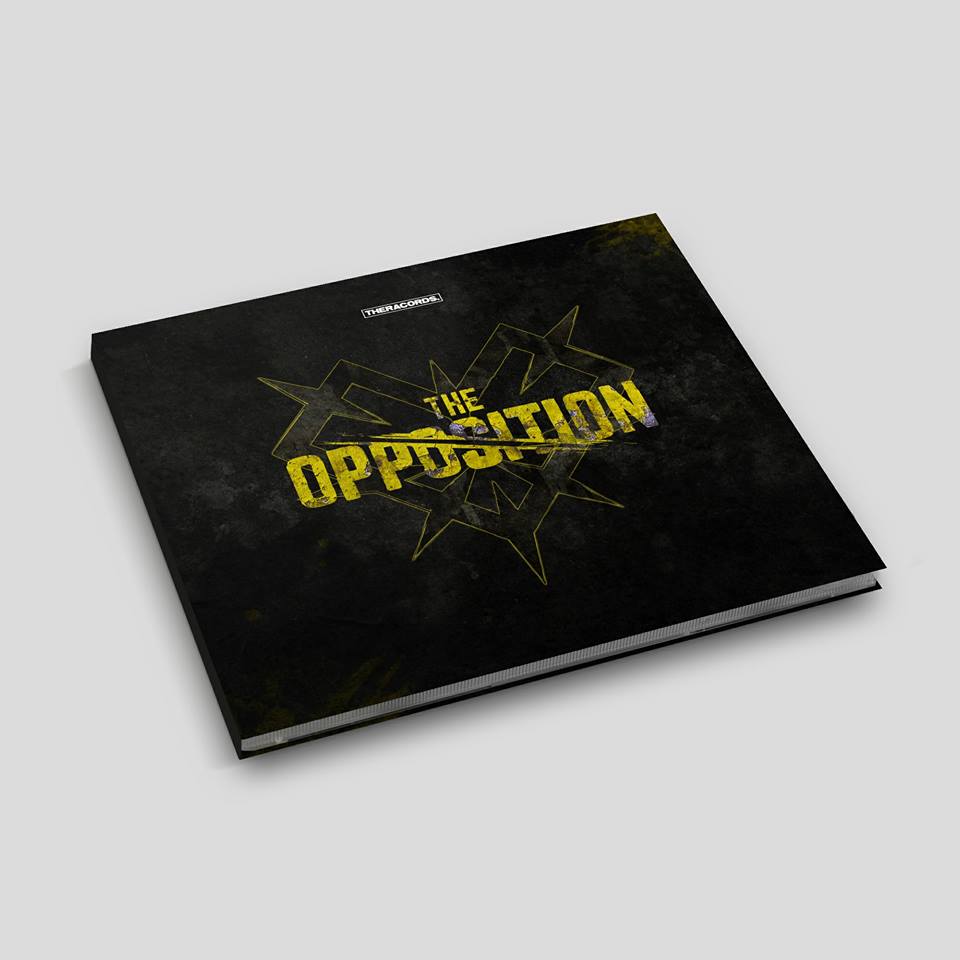 – Being an innovator not only as an artist but also in a whole sense for your label, what do you think Raw Hardstyle needs as a whole?
I think it mostly needs less people using that word, haha! I prefer calling everything Hardstyle and not thinking in ‘boxes.’ To me there is just a big range of hardstyle that is softer and harder. People just need to become a little more open-minded and focus less on those kind of terms.

– You also share know-how within djing, mastering and producing. Is this a way for you to keep finding new aspiring talents within the scene as well?
Not necessarily. At least that’s not the intention to do these things. I really like to teach and help people and it creates a nice diversity of workflow for me as well. This also makes me more productive when I am producing new music as well.

– How do you find all these artists from around the world? Caine for instance is already reaching legend status within the Raw Hardstyle and he’s Scottish. Delete hails all the way from Australia. I imagine of course the internet being a great medium for this but there’s a lot of people and artists to find on the world wide web, how do you find them? And what is a great way for aspiring artists to find you?
I think that without the internet, Hardstyle never would have become so international, so yes, that’s definitely the most important medium! Furthermore, people maybe forget that I myself really love Hardstyle in any forms so I am always checking out releases and previews to keep myself up to date. This way, you can stumble across interesting artists pretty fast! 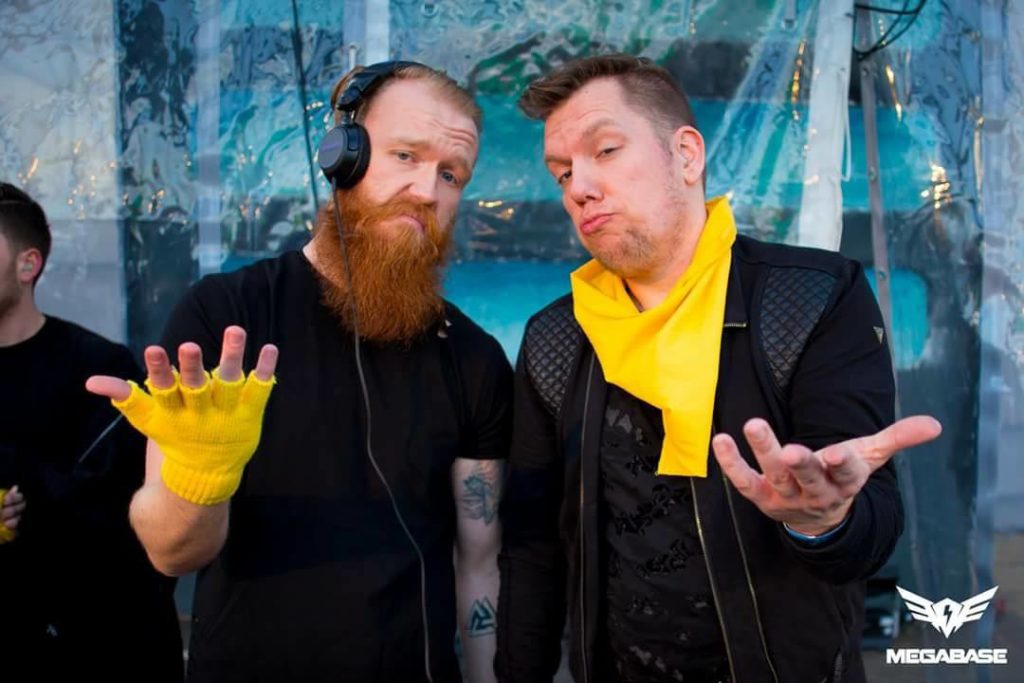 – Besides always producing your music from the heart, what else is a typical motto for a Theracords resident?
Be open-minded, positive, work hard and play hard!

– Theracords has been around for almost 10 years, anything the fans can expect once you’ve reached that milestone?
Of course! But we will keep ourselves quiet first, because in October we first have to reach the 9 years of Theracords status!

– Will there be free cake at the Theracords office?
Since we are situated in Limburg, it will probably be vlaai! Way nicer, haha!

– Lastly, tell us, are you an oatmeal kind of guy for breakfast or pop-tarts?
Cottage cheese, fresh fruits, muesli and shitloads of coffee is my breakfast heaven! 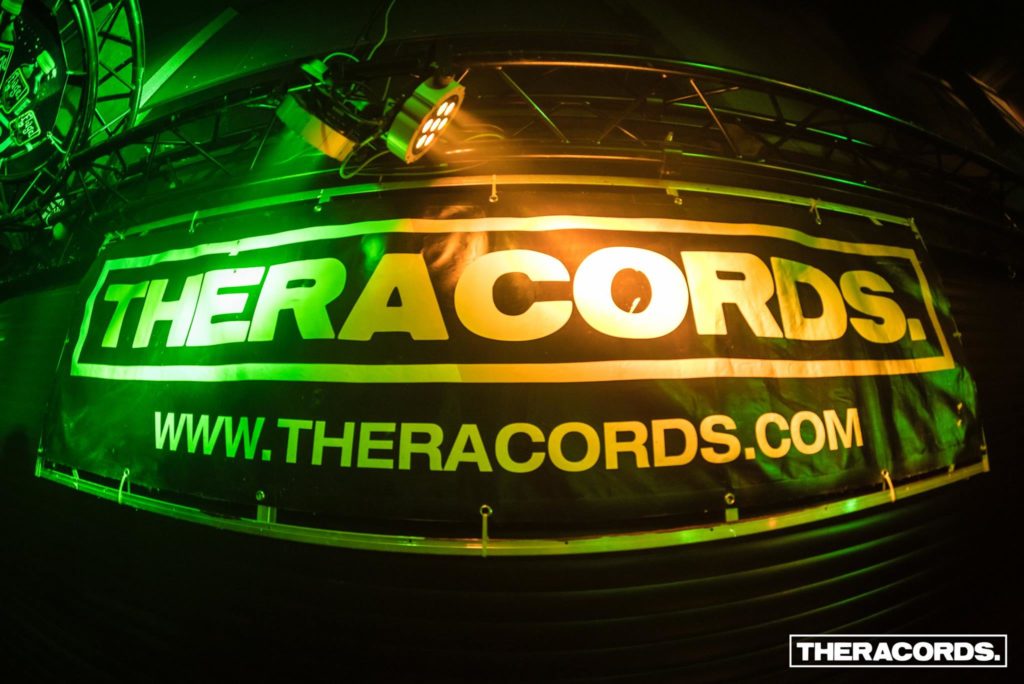 Thanks to Thera for this interview! Be sure to hit him up at the social media links below. 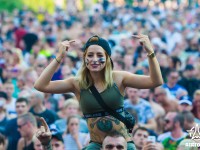 Deeper meanings: Why are there no real ideologies in Hard Dance music?
August 15, 2016 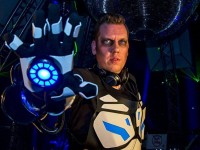 Thera welcomes in a ‘New Era’ of sound with an exceptional album! [INTERVIEW]
May 3, 2016 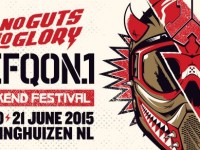 The birth of an underground movement – The Opposition [ALBUM REVIEW] - ЯARD


[…] we will only see artists from the Theracords platform itself, but that’s a given, of course. You can read our interview with DJ Thera here. We at AAN HQ had our sights set on The Opposition and its movement for quite some time and it is […]