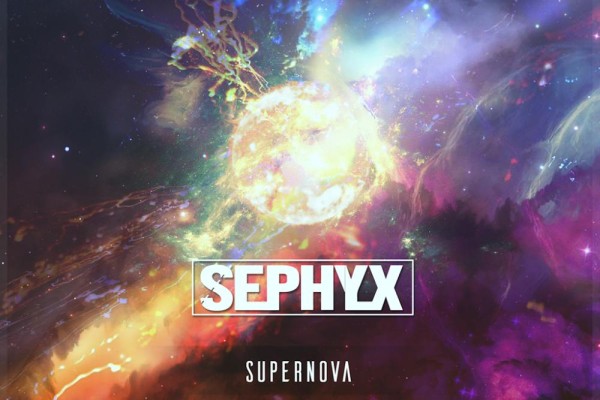 March marks the ultimate countdown to festival season; it’s the month where party-people in the Northern Hemisphere decide that they need to get to the gym in order to be in top condition for Defqon.1, the time where those in the Southern Hemisphere are planning their summer getaway overseas and of course, prime time for producers to unleash their productions just in time for the summer.

And what a glorious month March was! Aside from being the preparation month prior to the big kick-off, the past couple of weeks brought forth some unparalleled creativity and a plethora of brilliant releases to the point where I could no longer fit our favourites into a ‘top 10.’ So, as an exclusive one-off, we decided to squeeze our favourites from the month into a Top 15 where we will introduce some new talent and of course, some unexpected sounds!

Pretty sure it’s talent month, because Iqlusion is part of the handful of unknown artists who have made it into our Top 15 this month! Teaming up with Pandorum’s Hardstyle twin MYST, the pair have created the brutal banger “Shut Your Mouth!” Released on Nightbreed Records, this top-quality track has quickly earned its spot as one of our favourites this month.

Up until today I’d never heard of Saphera. At first I thought this raw Hardstyle duo was that make-up store that everybody keeps raving on about but no, that’s Sephora. Now that we’ve clarified the fact that I’m a little slow, let’s get down to business! Releasing under X-Bone’s Raw Hardstyle platform X-Raw, Saphera are a promising new name who are making their mark with next-level productions. Featured this month is their track “FCK OFF,” which managed to squeeze its way into the Hardstyle.com’s top 10 and is evidently a huge banger. Again, some more promising talent we’re going to be keeping a close eye on!

Fast-rising Scottish sensation Avi8 has been making his mark on the melodic spectrum of Hardstyle with his floaty-euphoric, yet powerful sound. Most recently, the Gearbox-signed producer has generated quite some public attention towards his sound, with his ever-growing fan-base praising tracks such as “Loneliness” and his recently released “The Forgotten Star” which has made it into our top 15 this month. Yes, it’s a bit of a cheese-ball, but it’s one of our guilty pleasures this month! We have high hopes for Avi8 and we’ll definitely be keeping a close eye on him throughout the coming months!

D-Fence is on a roll! This Neophyte-signed sensation has taken the Hardcore world by storm with his initial releases “Koekoek Jonghuh!” and of course, his massive breakthrough track “Krakaka.” The (other) dude in the mask is back again and kicking off 2016 with a killer two-tracker EP containing “Pompen” and our featured 190BPM slammer “Bass Line.” If you’re sick of hearing cheese and rainbows all the time, then I highly suggest that you give this one a listen. Need I say more…?

This month has been no less than triumphant for the ‘Goddess’ of Hardcore, who has had the honour to not only represent Masters Of Hardcore with her killer anthem, but also the release of her debut album “Magnet.” With the album containing stellar collaborations, smashing solos and remixes of her older works, we have to admit that this is one for the books! With the madness of MOH freshly behind us, our featured track this month is the anthem “Raiders Of Rampage” featuring vocals by MC Nolz. What an incredible energy to represent one of the biggest Hardcore gatherings in the world – it’s the perfect sum-up of what MOH is all about!

Hold up, we’ve got another anthem incoming! Representing the biggest, most exclusive ‘raw’ Hardstyle gathering, Main MF’er Crypsis teamed up with MC DV8 to create an astonishing anthem for Qapital. Titled “Stand Our Ground,” this powerful sonic masterpiece showcases exactly what quality raw Hardstyle is all about and is also set to tear down the walls of the ZiggoDome! This killer anthem makes us all the more excited to hear what Crypsis brings to the table throughout in the coming months!

B-Front’s “Dark Moon” is an accurate sum-up of what atmospheric Hardstyle is all about. This dark, slightly gloomy and spine-shivering masterpiece showcases this dark knight’s signature sound, whilst managing to bring something fresh to the table. It’s true, whatever this guy touches turns to gold and every track that he releases somehow has the ability to become a huge hit! We love you, B-Front!

Dirty Workz’ secret weapon Sephyx has been turning heads over the past year with his ever-growing discography that showcases a powerful approach to melodic Hardstyle. Releases such as “Breathing Earth,” “New Life” and his official remix of Hardwell’s “Mad World” have put Sephyx in the running to become one of the future headliners in the scene! Compared to the overly-cheesy or overly-raw releases of today, his feel-good summer jam “Supernova” is a breath of fresh air and daringly strikes through the ‘middle-ground’ that producers aren’t touching often. Big ups to Sephyx, we can’t wait to see what the future has in store for him!

Up until today I’d also never heard of ‘Fear Factor,’ so let me quickly fill you in. He’s a young Dutch Hardcore producer who has recently had his debut release on Neophyte Records sub-label Adrenaline Tracks. His two-tracker “Raw Power” E.P. was an instant ‘yes’ from me; I loved both tracks, especially the titled track and I can’t wait to hear what this promising new name is yet to release. For those who are intent on discovering fresh, new Hardcore, I suggest that you check Fear Factor out!

Recently celebrating one year of their highly successful raw Hardstyle platform ‘Nightbreed,’ this time of year also marks one year since Endymion announced their switch from Hardcore. And what better way to celebrate than to release an absolutely smashing new hit?! “Testify” is one that’s straight to the dance-floor but don’t be fooled; it’s also the perfect track to get you through a workout or even something to dance around your bedroom to! Nevertheless, we absolutely love this powerful and brutally raw banger!

When I think ‘Sound Rush’ my mind instantly fills up with images of sparkles, gold and all things pretty. Their ever-improving sound is renowned for its mystical and melodic touch and the twins have certainly been bringing the goods this year! Their recent release “Unshakable,” alongside promising new talent Exilium is my guilty cheesy pleasure at the moment; it’s fresh, the vocals fit perfectly and it’s also suited for both home-listening and the dance-floor! Big ups to Sound Rush and Exilium.

Notorious for his quirky online persona and tendencies to over-use the phrase “HMU if u agree,” on the side, Noiseshock is actually a damn good producer! The Argentinian ‘comedian’ and Scantraxx-signed artist is in the midst of a breakthrough and his most recent release “Beyond Reality” proves that melodic Hardstyle (when done right) is the new black! This feel-good masterpiece has been on repeat here at AAN HQ and we hope to hear it being blasted throughout the summer! Booked at several festivals over the summer months, we can’t wait to actually watch Noiseshock perform; curiosity is growing as to whether he will 420 blaze it on stage or yell “HMU if u agree” into the mic.

Are you ready for some fucking noize?! You’d better be because it’s going to hit you square in the face! Phuture Noize has undoubtedly been working audaciously over the past year, bringing an album and an impressive handful of solo releases to the table with all being of an exceptional quality. His latest bomb “Quickshot” has dropped on A2 Records and is expected to be a massive hit. We absolutely love Marco’s recent work and have no doubt that his biggest breakthrough to date is right around the corner!

With every release, Swiss Hardstyle prodigy Cyber keeps on exceeding all expectations! Like seriously, we didn’t think that it was possible but his sound just keeps on improving and innovating. His recent gem “This Is Cyber” is like a re-introduction, we already knew he was an incredible producer, however now we’re more than convinced that this kid’s future is looking brighter than ever. Big ups to Cyber for creating this melodic, powerful and unique piece of art.

#1 *WINNER* Scott Brown – Going Out To The Hardcore

So I know that you were expecting the standard ‘hit’ to take our number one place, but oh, oh, oh, how misguided you all are! This month we’re going a little happier than usual as UKHC legend (and token crazy cunt) Scott Brown steals the crown with his incredible track “Going Out To The Hardcore.” It’s magic graced my ears for the first time a few weeks ago around 3AM whilst I was waiting for my lift outside a club. I had his KTRA guest-mix rolling and in my partially drunken state I fell in love and have had this number on repeat ever since! Scott Brown, you are an absolute legend and how you manage to keep bringing out such incredible music is beyond me, so congratulations on taking our #1 spot this month!

We hope that you all got inspired by our top 15 this month! Which track was your favourite? Leave your comments below! 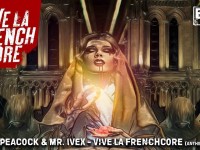