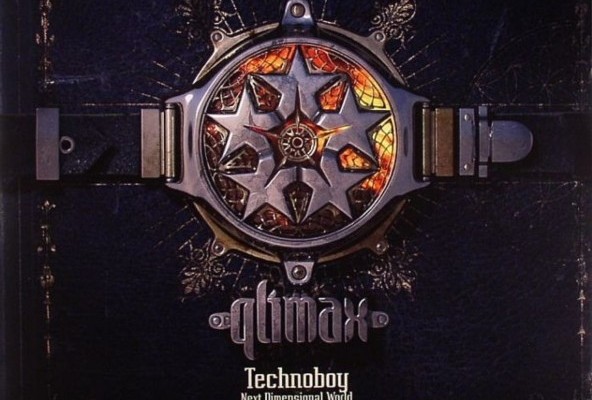 Anthems can be best described as the main symbol for a festival and indoor event; it is the anthem that defines the event, sets the tone and also brings back some of the most cherished memories from that momentous day or night. For the artists creating anthems, there’s shitloads of pressure put on them to creatively nail the track and represent the theme through the medium of sound. Over the years there’s been anthems that slip under the radar and aren’t anything particularly special, however there’s also evergreen anthems that are time-transcendent and not only define the event itself but also play a key role in representing hard dance music.
In celebration of the story behind these anthems, we went on a mission to pick the strongest 35 anthems of all time and order in terms of how they represent our scene.

Coming in at #35 is an anthem that slipped a little under the radar, however the melody in this is so incredible that we couldn’t leave it out of our list! Did you know that this was the first anthem ever created for Intents Festival? Didn’t think so… 😉

Representing this years’ edition of ‘RE-VERZE’ Brennan Heart captures the older vibes perfectly in this spine-shivering track. It’s definitely more of a listening track as opposed to a dance-floor banger, but it really fits the whole illustrious vibe that comes with this winter event and also represents the modern revival of older sounds.

This is seriously one of E-Force’s best productions. Also hailing from the year 2015, this anthem represents the biggest raw hardstyle event to date – Qapital. The melody in this is actually quite surprising and not something that I ever expected to hear from ‘ Mr. Seven.’ It’s the perfect sum-up of modern raw hardstyle done right.

I vividly remember hearing this track for the first time on Isaac’s Hardstyle Sessions back in the day and fuck, for weeks it was stuck in my head… So I did what seemed logical at the time and kept listening until I got sick of it. Thing is, I never really got sick of it…

Most majestic anthem of all time goes to Max Enforcer! Bringing something new to the table instead of using the standard deep-voiced “RE-BIRTH,” this track contains vocals that are rock-pop inspired. Blend that with hard kicks and an uplifting atmosphere and you have the perfect anthem!

Digital Punk proves that just because we’re in 2015 and just because it’s raw, doesn’t mean that it has to sound like shit. Although “Supreme” isn’t for pussies, the quality of production is insanely good and with the uniqueness that MC Nolz brings to the track, it proves to be an all-rounder.

How’s this for some quality hardcore?! Taken from 2011, Art Of Fighters represent the most prestegious outdoor hardcore event, Dominator. For accessible hardcore this is definitely among one of my favourites and for those who don’t listen to hardcore I’m sure you’ll enjoy it anyway!

This is a bit of an underrated tune, isn’t it? Among all of the bigger festivals throughout the year, feel-good bomb “Colours Of Life” remained a hidden treasure, but let me tell you, this track brings so much power. It just reminds me of jumping into crystal waters or sunbaking under the blazing sun… Mmm… Summer…

Energetic, uplifting, yet retains the toughness that we all love from hardcore, power-duo Evil Activities and E-Life represent Hardshock 2012 with this killer anthem!

Who remembers this one? Taking on the Qlimax anthem with a darker approach, signature Italian Zatox created a time-transcending masterpiece that I still have a lot of love for.

Notorious for his wacky, yet extremely clever sound design, fellow Aussie Audiofreq hit the nail on the head with his anthem for Reverze 2014. As a track that doesn’t cross into raw nor euphoric, the power it contains is simply incredible and just goes to show that musical boundaries are bullshit.

Tick-tick-tick-BOOM! Before Ran-D crossed over to the darker side this is the stuff he was pumping out. Modern classic alert.

I don’t know how or why but I seem to know all of the lyrics to this one, despite only listening to it casually. Besides its sing-a-long tendencies, it contains that pure DBSTF quality we all love.

“WE. ARE. DOMINAAATOOORRRR!” That melody though… This track is the definition of pure perfection and actually could hold the ability to convert a few non-hardcore listeners to conquering Dominator.

What a tune! This has got to be one of the best Decibel anthems ever made. The lyrics are simply incredible and they really capture those true Decibel vibes as you party below the blazing August sun…

For those who like a bit of hardcore here and there, I can assure you that you’ll absolutely LOVE this one. It’s hard, fast, yet sounds like music and to be honest, I actually enjoy it a lot more than the main anthem for Q-BASE 2013.

When hardstyle’s dark knight meets the haunter of the dark, all boundaries are kicked to the kerb and a musical masterpiece is created. Nailing the concept of atmospheric raw, you can hear both artists distinct sounds and well, it’s the perfect sum-up of what Qapital is (or should be) all about.

Old, but gold. The melody in this is simple, yet so beautiful it has the ability to send shivers down anyone’s spine. Representing Reverze’s 2009 edition, this one will bring back some great memories and those beloved party vibes.

The first (and last) edition of IQON was represented by Noisecontrollers with his anthem “Experience The Beyond” and shit, the kicks in this track are out of this world! All fellow Aussies can vouch what an incredible day IQON was and what better track to bring back memories?

“The Hunt” is undoubtedly one of my all-time favourites – the majestic atmosphere of the track fits perfectly around that Intents vibe. With a handful of other anthems under his belt, it’s safe to say that everything Ran-D touches turns to gold!

No offence to Coone, but Code Black took the cake in 2014 when it came to Defqon.1 anthems, proving that us Australians are a force to be reckoned with! The melody in “Unleash The Beast” is simply incredible and the high notes add that true euphoric flavour to the mix.

No, this anthem isn’t in the top 10 – I mean, when you look at the top 10 you’ll realise why. “Weekend Warriors” made it this far mainly because of its connection to the visitors of Defqon.1 as it sums up the whole ‘survival’ instinct that only the toughest warriors have.

Outlander is the youngest producer to make it into this list and despite his ‘antics,’ this track is well-deserved. The exceptional creativity put into this tune can be heard and it sheds a whole new light on the endless possibilities within the genre. Would be nice for Outlander to stop fucking around and revive this beloved sound!

My favourite out of all of the hardcore anthems in this list. Why? Because it’s not overly complicated, the melody is great, the vocals are refreshing as opposed to the over-utilisation of the deep-voiced male and it brings back some of those underground vibes. Big ups to the beautiful Korsakoff on this one!

If the story of a summer festival was made into a movie then “Summer In The City” would be the theme song! With all due respect to Part 1, but for me, Part 2 takes the cake. I cannot fathom how Noisecontrollers made such an uplifting track that doesn’t even cross into the ‘cheese’ category, his work is truly outstanding.

“Symbols” is a track that can be played any year and still get that same incredible response from the crowd. It’s so simple, yet so clever at the same time; it’s the perfect track to be played whilst rain is bucketing down and the crowd doesn’t give a fuck and just sings and dances along anyway.

Golden era alert! Honouring the 2009 edition of passing concept In Qontrol, Noisecontrollers made a masterpiece that contains one of the quirkiest melodies. Still played and appreciated immensely today, “Ctrl.Alt.Delete” is a transcendent gem that defines what true hardstyle is.

As I think about “Unite” I literally hear that beautiful melody rolling through my mind. Ahh…. Being no stranger to this list, we should all know by now that whenever Noisecontrollers is given the task to create an anthem he executes it perfectly and transforms a story into sound.

Of course resident hippy Frontliner would be conveniently chosen for the year in which the theme corresponds to loving the environment, but regardless, he fucking nailed this one! Such a powerful and incredible anthem with a true message, a heart-grabbing melody and an overall solid production quality.

Why is it that all of the Qlimax anthems pre-circa 2012 are way better than the modern ones? I don’t know… Maybe because Headhunterz was still existent within our scene. Nevertheless, “Power Of The Mind” is such a deeply spiritual track with a mysterious and slightly dark tone to it. It’s the perfect sum-up of what Qlimax is about.

As the earliest track in our list, “Colours Of The Harder Styles” undoubtedly holds some special powers. Transcending time to become one of the anthems for hardstyle itself, this golden oldie packs in an unforgettable melody that every hard dance fan knows, loves and sings along to every time it’s played.

We have another classic on our hands! By original pioneers Showtek, “Black” represented the evil twin of Sensation White. Unfortunately I was a little too young to experience the magic of the event, but listening back to this anthem I can only imagine how off-chops it was.

A close second. In the modern-era it’s been extremely hard for timeless music to be made, however “World Of Madness” was the exception to the rule. Majestic vibes, uplifting atmospheres, hard kicks and the finest quality, these three baldies made something that precisely summed up Defqon.1’s antics.

Although it was a close call, Technoboy took the honours for our number one spot with his game-changing, evergreen anthem for Qlimax in 2008. “Next Dimensional World” brings that classic vibe that Hardstyle is renowned for and the track itself defines the nature of Qlimax as a mysterious, illustrious event.

Do you agree with our picks or do you have more anthems that you’d like to see in this list? Shoot us a comment in the box below and let us know what you think!


No “The Last City On Earth”, “Flash Forward”, “Hard Bass”, “Nuclear Reaction”, “Shock Your Senses”, “The Darkside”, “No Time To Waste”, “Unleash The Dragon”, seriously?


When putting hardcore anthem’s in this list you should not forget the MOH anthem of 2010. Outblast & Angerfist Ft. MC Tha Watcher – The Voice of Mayhem.


where is the one man army?