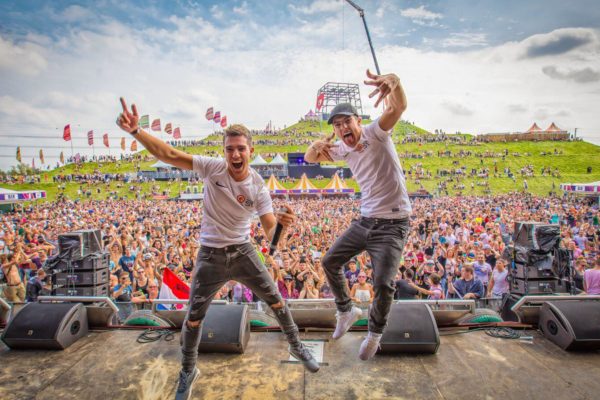 A little over one week ago, the apex of Hardstyle events took place: Qlimax. Often referred to as the mother of all Hardstyle parties, Qlimax has built a reputation among hardheads across the planet. Dedicated fans from every corner of the world are drawn to the GelreDome. Partygoers choose to leave everything behind for a weekend and to completely immerse themselves in the magic that Qlimax offers. The best artists that the Hardstyle scene currently has to offer, a spectacular show, and usually an amazing atmosphere is what defines Qlimax. It’s obvious that a spot on the golden lineup of Qlimax is very much desired by artists, and is perceived as something that must be deserved by fans.

Months before the actual event takes place, the Hardstyle forums blow up with discussions about the expected lineup for that year’s edition.
I know it’s a lot of fun to speculate, but let’s change the scope a little bit here. Instead of guessing the lineup of one certain edition of one certain event, why don’t we speculate about what the next generation has to offer?

Let’s discuss which artists, in the span of… let’s say… the next 5 years, will dominate the mainstages. Who will be the next headliners for the coming years?

Below are some of the names that pop in my mind.

This guy’s name is on everybody’s lips these days. This exceptional musical wonder is taking the both the House and the Hardstyle scene by storm. Within the Hardstyle scene, he is often referred to as the “King of Kickrolls.” Just like Sub Zero Project, his sound design is off the charts. His tunes shine with a unique drive that only D-Sturb can execute. In addition to being a true entertainer, D-Sturb is also very sociable (go Jorrit). Also, gaining wide support in both euphoric and raw, and experimenting with Hardcore, it’s only a matter of time before we will see D-Sturb close down the mainstages of the biggest events in Hardstyle. 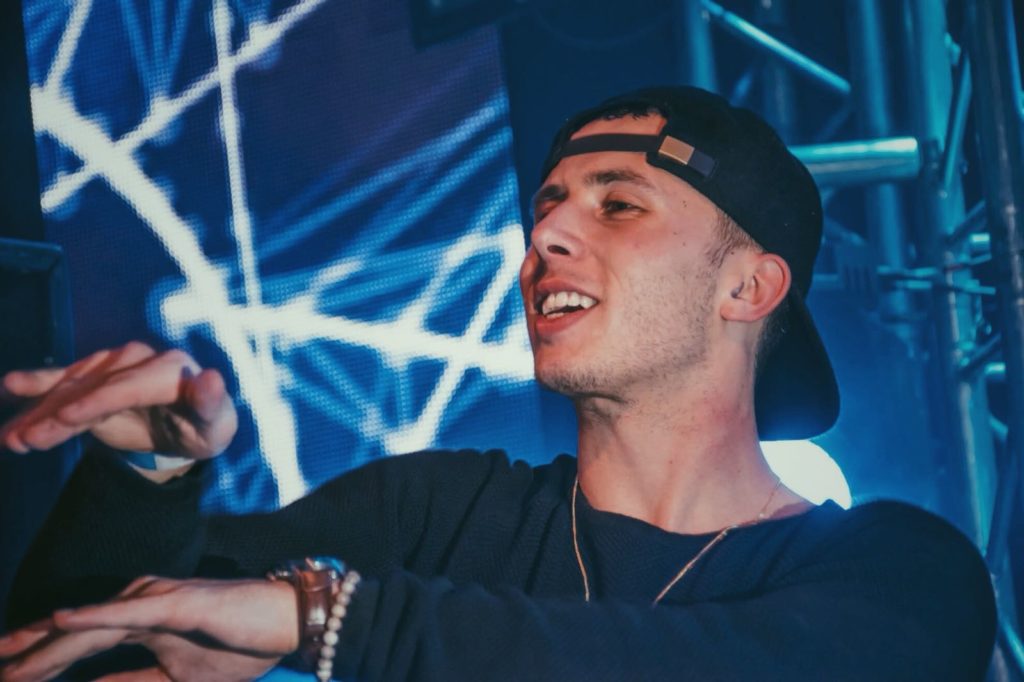 The little brother in the Minus is More clan. Freakishly tall and possessing one serous bass-face makes Act of Rage a true ‘mean machine’ on stage. His tracks are packed with energy, his kicks are phat and distorted and his melodies make you jump around like crazy person, whether you want to or not. Over the years, his sound design skills have grown and so has his fan-base. Being close friends with Radical Redemption also must help with conquering that spot on the mainstage and securing it for the years to come. 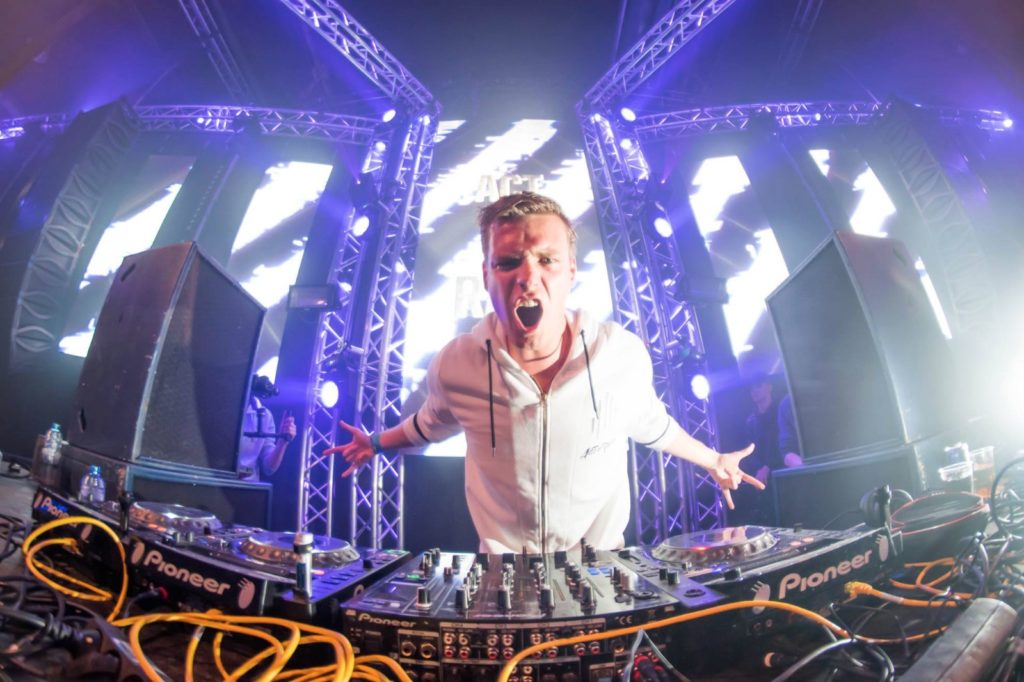 The euphoric oriented twins that had the amazing honour of hosting Hard With Style for more than half a year (from episode 60 to episode 68) and their sets are usually packed with the best of euphoric and early hardstyle has and had to offer. With respect to the original Hardstyle sound, Sound Rush is sure to bring transcending melodies, old-school vocals and a healthy dose of euphoric energy. With support of the likes like Headhunterz, Sound Rush is sure to catch prime time mainstage in the coming years. 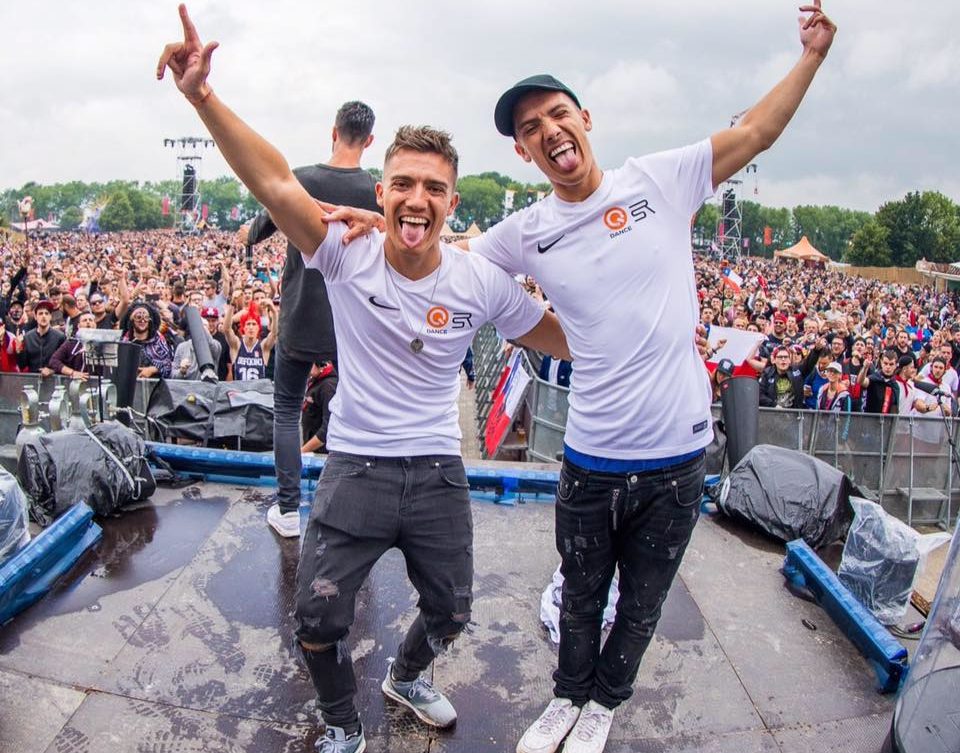 Perhaps a little odd to include Phuture Noize, as he has already performed on numerous mainstages during his career and was the surprise act at Qlimax, however, I feel like he is regarded more as a borderline mainstage artist. He’s already seen the top but hasn’t fully claimed his position there yet. Perhaps because I think his sound design is out of this world, I feel like he could reach greater heights than where he is momentarily at. His tracks usually convey a deeper meaning, as a philosophical piece made of sound. There is no doubt in my mind that Phuture Noize will become one of the most requested artists in due time. 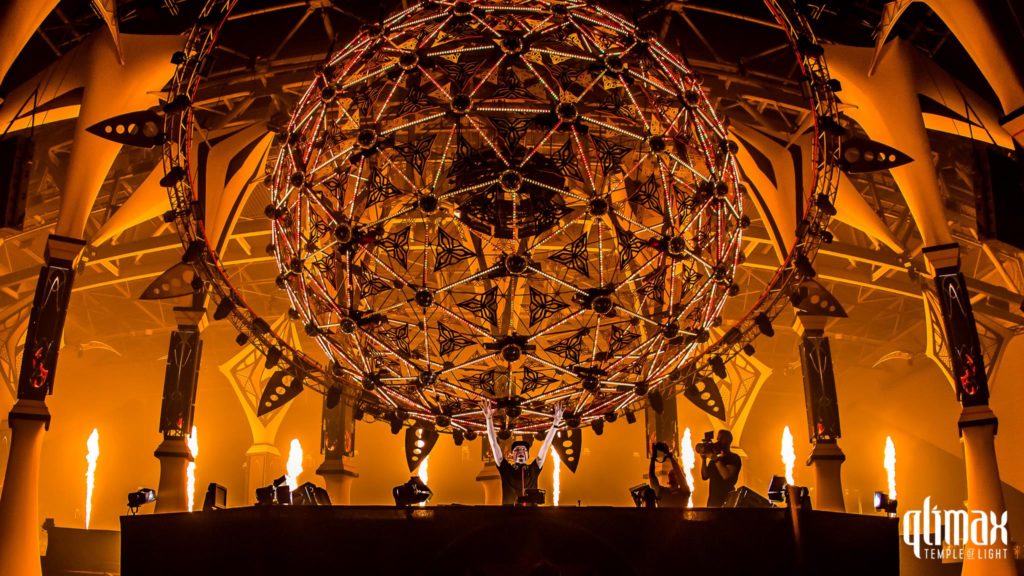 A true born talent, and one of the youngest artists the scene has ever seen. Even though seemingly euphoric oriented, this little powerhouse definitely knows how to pack a punch. As energetic as his music is, so is our teenage superstar on stage! Being able to produce high quality music in combination with the ability to be an entertainer on stage is a must when reaching for the top. 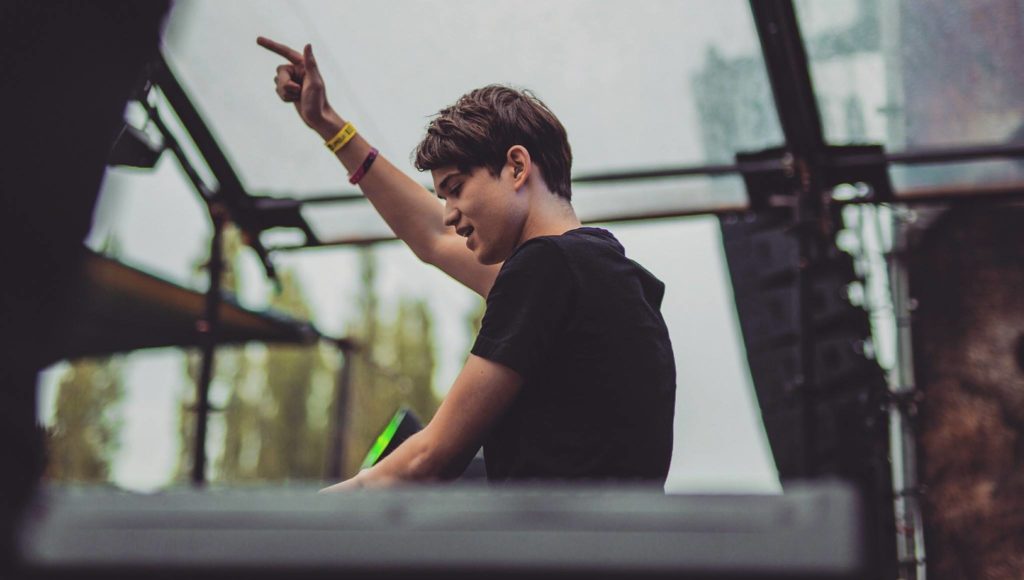 One of Nightbreed’s finest, MYST is a force to be reckoned with. Earth-shattering kicks combined with epic melodies are his trademark. His tracks are the definition of Euphoric Hardstyle on steroids. MYST is one of those artists that when his song gets played, you just know it was his. Sporting such a demanding and well-rounded style, it’s hard not to imagine him rising amongst the stars. However, in my humble opinion, he could be more of an entertainer on stage. 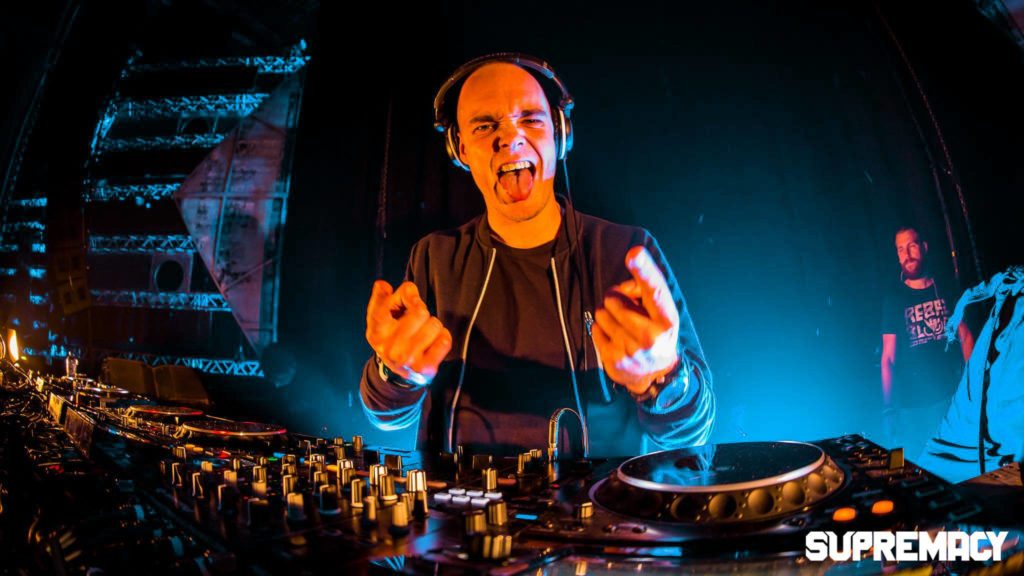 One of the most diverse Hardstyle acts I have ever witnessed. This Italian duo is at the creative apex of our time, having a tendency with presenting out-of-the-box elements in their tracks and being true performers on stage. They recently started their own label and have sent out an open invitation to talent from all music styles to bring their experiments to the table. These guys are also absolute legends and love a good beer (or 10); we’ve caught them many times floating around festival terrain, having a great time. Mark my words: these guys are going to be big. 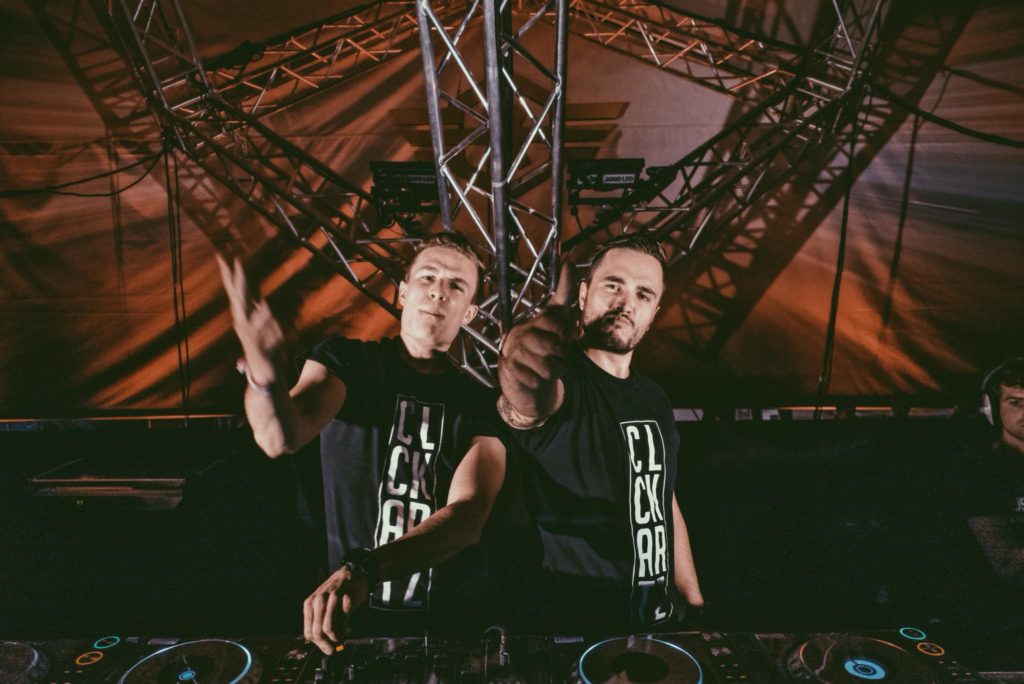 Talking about Qlimax, these guys actually made the line-up! A serious accomplishment, especially when classified as a Raw artist. Of course, we all have seen how they have flourished in the last couple of years but wow… who would have expected that? These guys introduced a completely different take on Hardstyle, and it worked incredibly, being arguably the fastest rising act in Hardstyle ever. Their sound design is next level, they are true performers, and they are backed up by some big names in the scene in both euphoric and raw! Believe me, they will be back on that Qlimax lineup. 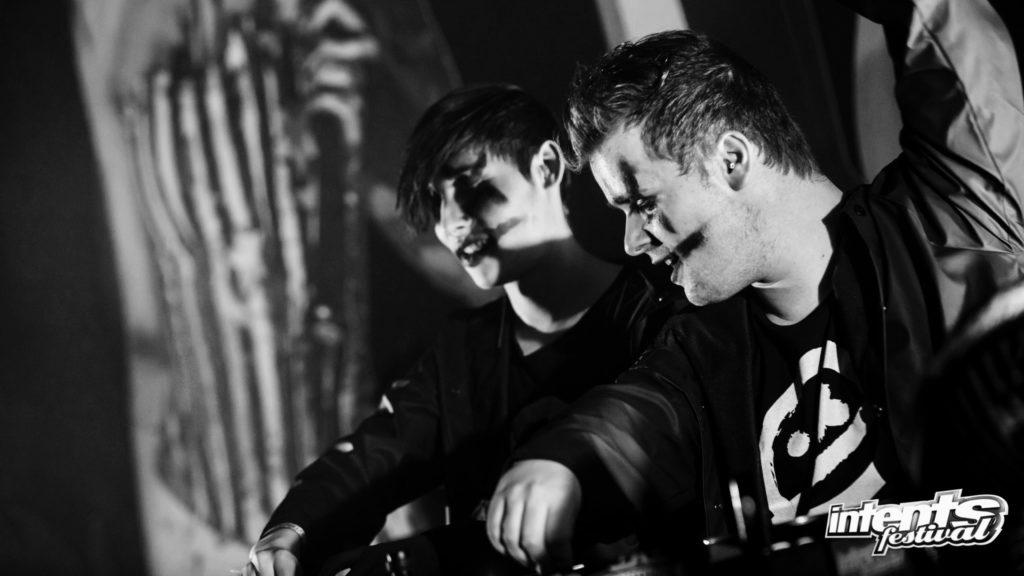 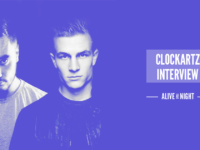 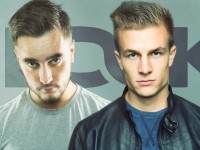 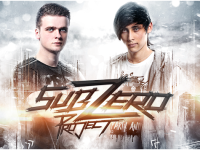