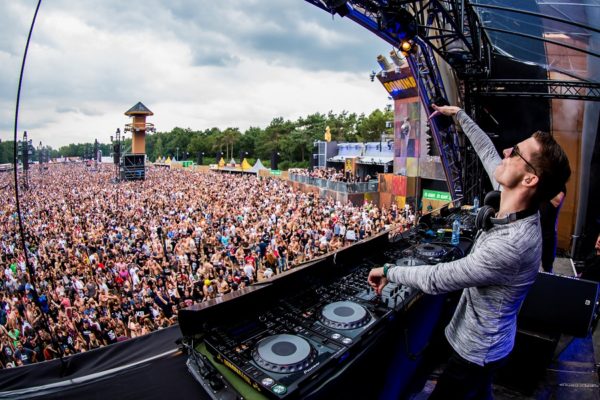 With a killer performance at this years’ Dominator Festival, my expectations were raised incredibly high, even more so seeing that Bodyshock has collaborated with a great deal of big names in the scene and it’s all on this album. One can expect a broad spectrum of styles in this album, but is there really that much more to it? Or, is Bodyshock the main ingredient of ‘Riot & Rise’? Let’s have a closer look.

It’s a 2CD album with Atmozfears and Drokz featured on the same disc. I never thought I’d live to see such a day where a Terror and ‘melodic’ Hardstyle producer find themselves sharing a tracklist. Nonetheless, this album truly shows the creative path of the artist that is Bodyshock. Two things are very clear, this isn’t Hardcore designed to please everyone and that this is an artist fortifying his own independent style. Read on and we will run you through the diverse yet original album, ‘Riot & Rise’. 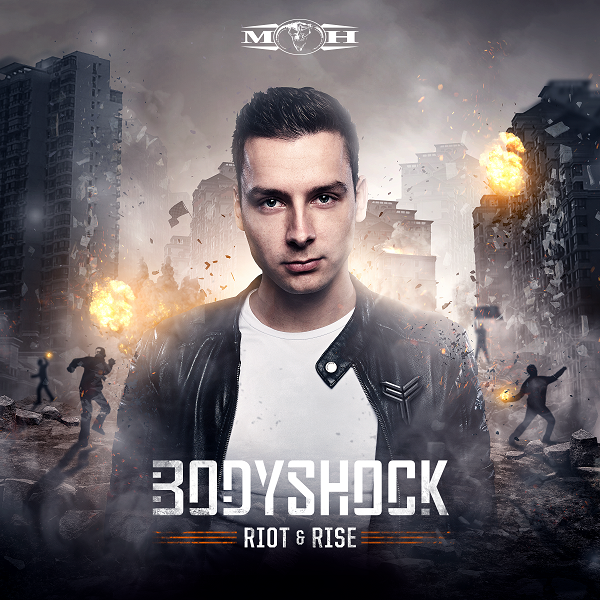 Even though this track was officially released some time ago, it still deserves to be a part of the review for its smashing kick in combination with its truly devious main lead. This track has been one of my favourite tunes since its release, and still has that party-vibe I can’t get enough of.

“Lose the system, the future is ours.

Ain’t nobody stopping us, this is our delight

When two great artists combine their creative powers, there’s no way of expecting the amazing outcome that will ensue. This is one of those cases. Bodyshock and Re-Style, together with Nolz have created such an incredible piece together. A Happy Hardcore-like melody with an aggressive, distorted kick. This track is filled with an abundance of positive vibes that it’s my definite go-to track whenever I need a pick-me-up from here on out!

One of Bodyshock’s best creations was taken to a whole other level by Meltdown. With a melody that gives every raver goosebumps from top to toe, we’ve now received a rejuvenated version that’s even harder. This remix escalates in such a good way that it feels like the perfect intro to anyone looking to play a beast mix. The theme of the track is not bad either, if you take your time to listen in on the lyrics, you might learn something very useful in life!

This tune screams distorted kicks and industrial noises that are so disgustingly well done! When these guys put their heads together, it feels like a match made in heaven. Aggressive, industrial-like Hardcore with a heavy amount of distortion on the bassline. A true combo breaker! This track, with its immersive dark theme, is a Hardcore masterpiece.

This is one of the most exciting collaborations of the album. You got Atmozfears, who hails from the euphoric side of Hardstyle, together with one of Hardcore’s headliners, Bodyshock! Right from the start, it has a whole other feel to it than the other tracks. The kick is something different, and the main part is really fresh and has this whole other vibe to it. Everything just feels totally different and it would be really cool to see more from these two.

Bodyshock is definitely going for something out of the ordinary with this album. It’s always been a whole other ordeal; taking the lead in “The Gangster’s Back” for instance, it has its own unique style, the likes of which we rarely see with other Hardcore artists. The sounds produced in a lot of the tracks feel like they are designed to give an almost nauseating experience in a truly devious way – a way that only a true Hardcore fan will appreciate. The kickroll effects that Bodyshock approaches, especially in his solo productions, give that Hardcore feeling I haven’t heard since at least 2013. The breaks amplify a feeling that the kicks want to escalate further – it’s energetic and addictive. 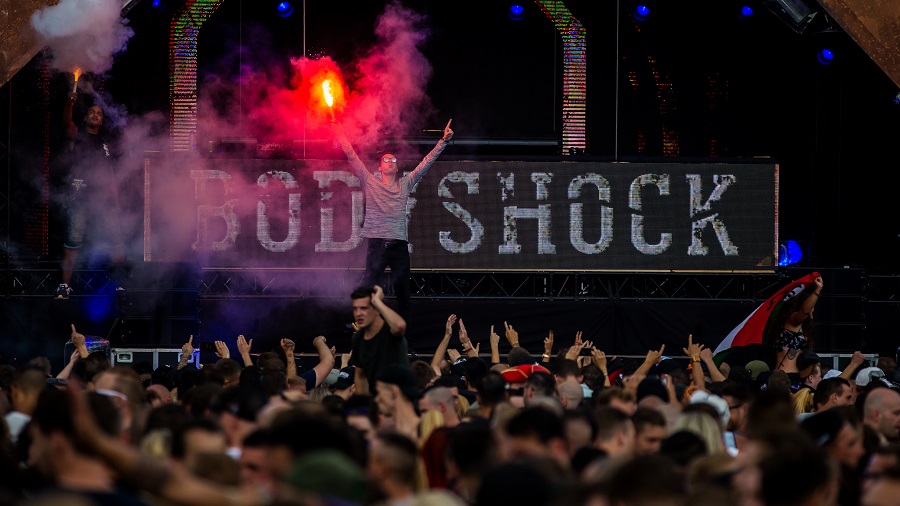 The fact that he actually collaborated with Atmozfears is such an awesome way to get his name out there. Some people may consider it to be a way of ‘mainstreamifying’ the genre, but both subgenres are strong as a whole. I don’t mind seeing people from the euphoric side of Hardstyle popping onto the Hardcore stage, in fact, I think it’s a huge step forward for the genre.

With this album there is a great deal of diversity and a lot of tracks that try something completely new. Bodyshock has gone all out and taken his sound to a new level. ‘Riot & Rise’ highlights that his musical style is escalating to reach its fullest potential and Bodyshock is claiming his spot at the top of the food-chain, alongside the ‘big bois’ of Hardcore.