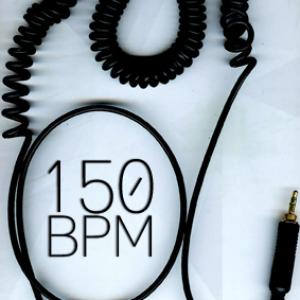 To those who are returning readers from the last two editions of “4 Biggest Raver Myths Busted”, thank you for coming back for more. I suggest that you also brace yourselves for some more old fashioned myth busting as I get down and analytical.

For those of you who are only just joining me now, Welcome, I shall give you a quick rundown on what I am doing.

As an avid hardstyle listener and lover, I set out on a range of social experiments to bust the common misconceptions about “ravers”, the hardstyle scene and the music itself, as I am becoming quite tired of fellow human beings picking up the genre and squashing it into the pavement. My ultimate aim is to abolish these dim social “rules” claiming that certain genres of music classify you as a more or less superior individual in social standing, and also to inform readers about this amazing scene that I am involved in. So for those of you who just tuned in, I recommend you go and read part one and also part two of this four part article. Enjoy!

I asked my sister to read this sentence back to me and perplexed in her nature she read them with a bleak and unimpressed facial expression. I proceeded to asked her to provide a response on what exactly she thinks that these words mean…. Her response was “probably something to do with your shitty music because I never listen to anything above 120BPM…” I then asked her what is so unappealing about the music itself and she answered with: “It all sounds the same and it gives me a headache.”

Let me tell you, I was just about to go and make myself a sandwich for lunch, but my sister’s statement was just so despicable that my sandwich would just have to wait until I kicked this myth up the ass and sent it flying all the way to Timbuktu.

MYTH #3: ALL HARDSTYLE SOUNDS THE SAME.

This by far is the statement that makes my blood boil to the point of explosion.

This statement is also the one that I hear far too often especially whenever I’m blasting Isaac’s Hardstyle Sessions in my car and my friends ask if the same song has been playing for the last 3 hours. However, strangely when I think about it from an uneducated hardstyle listeners point of view, I can understand why they would make that amateur assumption.

For example, one of my closest friends produces deep house and everything under that “relaxed” umbrella, a genre which I really don’t listen to regularly, nor understand. Whenever I go to a club that is playing deep house, I feel as though the same song has been playing for 3 hours – it all sounds the f*cking same to me, which is why I can comprehend why people say that of hardstyle.

See, all of us ravers know our music so well that without even seeing a title to a new track, we know that it’s by Zatox just by hearing his roaring powerhouse kicks, just like we have the ability to differentiate between Da Tweekaz catchy vocals and Omegatypez melodic madness. Just like dedicated RNB’ fans can differentiate between every single rappers unique voice. Or those One Direction fans, who know exactly which boy is singing the verse to a song?

It’s the same deal for every musical genre…

By the way, do us ravers walk around throwing insults at society for even listening to One Direction? No! We don’t, because we are too busy; usually going crazy about Audiofreq’s new take on reverse bass or discussing the raw selection of tracks on Digital Punk’s latest episode of “Unleashed”, which has previously been the number one downloaded podcast on iTunes… I must say that Digital Punk must be doing something right…

For those of you who love and thrive on hardstyle, it’s a no brainer that there’s many different categories that fall under the umbrella of hardstyle. For those who don’t have an understanding of the genre, Q-dance usually makes it easy for us all by dividing them into stages at Defqon 1 (god bless them).

For those who are unfamiliar with hardstyle, usually most beginners start off listening to melodic and euphoric tracks with uplifting vocals and then once they’re comfortable with the powerful kicks they can proceed to listening to something a little more raw, something with screeches, dark prophecies and extremely powerful, distorted kicks. And once they’re ready for something even more aggressive, well that’s when I definitely can recommend listening to some hardcore!

Believe it or not, many hardstyle listeners come from a background of listening to other genres such as house, trance, dubstep and drum and bass. As hardstyle is a relatively new genre of music, it’s unique sound was gathered from a range of influences including hard trance, early hardstyle and hardcore in which variations within the genre arose. So for those of you who are quick to think that all hardstyle sounds the same, I’d like you to stay with me as I help built up some knowledge about the genre.

Rather than taking it to the streets and embarking on a wacky social experiment, I decided to keep matters close to the computer screen and give you some examples of the different musical variations that dance around underneath the hardstyle umbrella.

Let me start by introducing non-hardstyle listeners to a few tracks that comprise of beautiful melodies and euphoric vibes:

The next few tracks are examples of “rawstyle” tracks. Heavy kicks, plenty of screeches and an abundance of power:

The next few tracks are a little out of the ordinary and are leaning towards the experimental side of hardstyle. These tracks extend the boundaries by incorporating a wide range of unusual elements:

So there you have it, a fantastic selection of tracks that demonstrate diversity within the genre of hardstyle.

And guess what? None of them sound the same!

I could have went on for eternity selecting other miscellaneous tracks, but unfortunately I have to wrap it up! I’d also like to just quickly add that there is a lot more diversity within hardstyle other than melodic, raw and experimental. There is also Tek/Jumpstyle, industrial influenced hardstyle and who could forget about hardcore?!

I appreciate all types of creativity expressed through music and whether we enjoy certain genres all comes down to a personal preference. Nobody should show negativity towards musical creativity, regardless of whether it’s commercial pop bought together by American Idol or Terrorcore.

I believe that once an individual finds a genre of music that they are attracted to, they slowly learn more and more as they immerse themselves into different tracks with different elements, which in turn, makes them more aware of different producers’ “distinct sounds”. This therefore results in us becoming able to differentiate between artists and their tracks. I believe that this accounts for every genre, inclusive of hardstyle.
The vast range of musical variation underneath the hardstyle umbrella is what us knowledgeable hardstyle listeners are aware of and well, it would make absolutely no sense to say that all hardstyle sounds the same!

I’m going to go and make that sandwich I was supposedly going to make before I went on my myth busting escapade, but I will leave you all with one last home hitting statement…


But all hardstyle really sound the same.


But all hardstyle really sounds same. Myth = not busted.