What’s behind the mask? – D-Fence talks about his fast rise to triumph, “Krakaka” and high BPM’s! 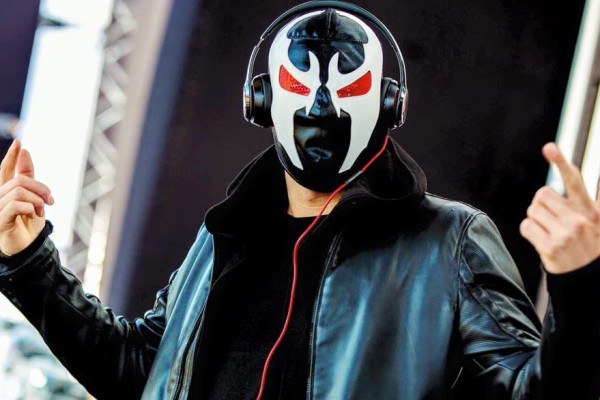 What’s behind the mask? – D-Fence talks about his fast rise to triumph, “Krakaka” and high BPM’s!

Bursting into the scene just last year with his debut release and immense hit “Krakaka,” D-Fence has been a name on everybody’s radar. Climbing to become one of the most promising names on eminent imprint Neophyte Records, this masked and mysterious producer has also made his way onto colossal stages, performing at Hardcore4Life, Harmony Of Hardcore, Beat The Bridge and many more.

With everything he touches turning into viral hits, there’s no doubt that D-Fence is currently cooking up some more high-tempo greatness, so it only seemed like the perfect time to pull this Hardcore aficionado aside to speak about his fast rise to triumph, his knack for producing floor-fillers and much more!

– Hi D-Fence! Thanks for the interview. First of all, how has the summer been so far? Any highlights you’d like to share with us?
This summer has been absolutely wild! I’ve had some awesome gigs this year at Hardcore4life, Harmony Of Hardcore, BKJN vs Partyraiser, Beat The Bridge and I was even on stage for the Defqon.1 Power Hour the other weekend! Aside from that, visiting parties and meeting different artists in the scene is also fantastic!

– We can’t believe that it’s been less than a year since you made your Hardcore debut! How does it feel to have climbed to immense success in such a short amount of time?
It’s really cool to see that the music I make is doing so well and that people are enjoying it so much. The reactions are insane and sometimes I can’t really understand how fast it’s all moving! 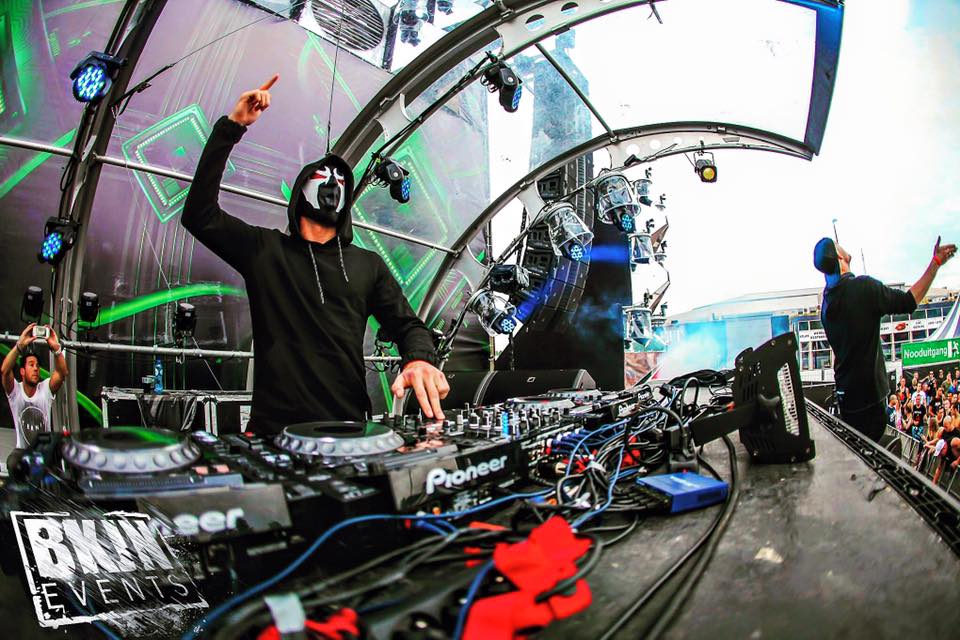 – You immediately scored yourself a spot on the prestigious Neophyte Records; can you tell our readers how you got in touch with the label and what it means to be a part of this platform?
Well first of all this whole thing started as one big joke. I was messing around with some vocals from “Koekoek Jonghuh” and before I knew it, the remix was there. After about 200K plays on YouTube, I felt some kind of urge to make more of the stuff just for fun. After “Krakaka” started to generate support I knew that a label would be interested in this kind of music, so I went to chat with Neophyte Records and they were really positive about everything. The rest is history I guess!

– Your first release “Krakaka” marked an immense breakthrough for your career. How did this track come about and did you expect it to be such a huge hit?
Originally, I didn’t even feel the need to remix this one, however after one of my friends came in with this idea I was like… ‘Okay let’s give it a try.’ Whilst making this track I was smiling and thinking about how people would react to it and I never could have imagined that organisations like b2s, Q-dance and all the rest would play it during their shows!

– Most DJ’s/producers spend years attempting to solidify themselves into the scene, however it seems as though you’ve been fortunate enough to experience quite a fast rise to success. Can you speak about your breakthrough experience?
I was making Hardcore a long time ago! I remember in 2009 when Neophyte played in a local club, I finally had a proper Hardcore track (at least that’s was what I thought) so I gave him a CD after his set and prayed he would mail me some feedback. After a week I realised that he probably threw it out of his window whilst driving home hahaha!

– You recently teamed up with Dominator anthem-maker Furyan to create “Fastlane.” What was it like working with him and what was the inspiration behind this intense track?
Furyan is a very precise and experienced producer; he knows how to add some sick details into his tracks and that’s why this project jumps through all the subs! We both knew the Arthur Vines guy from Facebook and his quotes where funny as hell, so we decided to make a track including it.

– This is the question on everybody’s lips; who is behind that mask?
I’m not Tha Playah and I’m not Nosferatu… I’m Miss K8! 😛

Nah, that’s a joke. All I’ll say is that I’m just a dude who loves to make tunes from funny cult stuff I find on the internet. 😉

– Do you have any plans to reveal yourself?
Not at the moment, but never say never!

– Your sound consists of high BPM’s, annihilating kicks and an intense drive; Why did you choose this route as opposed to a more melodic or mainstream style of Hardcore?
It all depends what type of track I create. When you have vocals like “Pompen,” they just fit better with an 180BPM kickdrum and other tracks like ‘’Beuken Maar’’ #Picobello work better at 195BPM. I’m actually a little more open-minded in the studio than people may think; I love to make simple, pounding tracks, however I also have the feeling for some serious melodic tracks that range from 165 till 200BPM.

– For you, what’s your opinion about the use of social media in the music industry?
I think it’s a good way to let people know what you’re doing; for example if you have something ‘unique’ you can test it on social media and ask fans for their opinion. However I must admit that sometimes it’s a little out of control these days as everyone is heavily focussed on likes.

– If you could press pause on any era of Hardcore, which era would it be and why?
Definitely 2009-2010! Those years delivered so many awesome tracks from so many different artists. Also, I can’t forget “Black In Time” from Sensation Black 2008; I still play this set when I’m running through the forest (Jo Bonten)!

– One personal fact about you – go!
I like to go wakeboarding!

– What are your thoughts about Hardcore producers experimenting with higher and lower BPM’s?
I think everybody is free to create whatever he or she wants to, no matter what tempo.

– Aside from producing, what does D-Fence do in his spare time?
Watch Dumpert.

– Wildest/most turnt party you’ve ever been to?
In-Qontrol – I still miss that event!

– Before we wrap this interview up, can you spill the beans about any upcoming D-Fence tunes?
Neophyte and Evil Activities have given me the opportunity to create a remix of one of their tracks from back in the day, which should be released before the end of summer. Next to that, I might be working on a collab with a raw artist and another producer who is creating massive tracks in the Hardcore scene at the moment.

– Finally, what did you eat for breakfast today?
A sandwich from the gas station.

Thanks to D-Fence for this awesome interview! We can’t wait to see what crazy sh*t he comes up with next and we’d also like to wish him luck with the remainder of the festival season. For those who haven’t yet been infected by his high tempo’s and relentless atmospheres, jump online and check out his music, pronto! 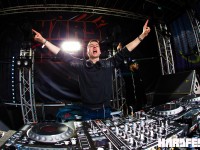