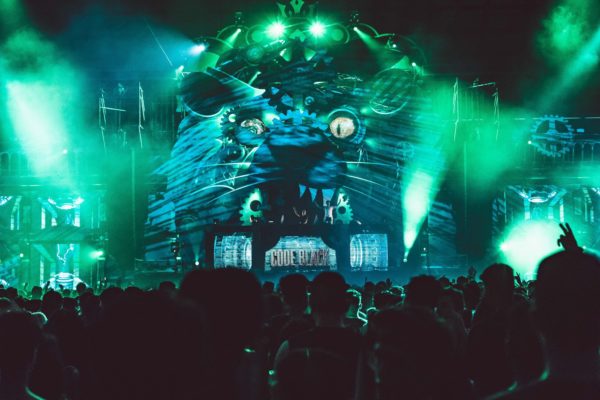 HSU Events has again gone above and beyond the expectations of Australia’s dance music industry to bring us yet another benchmark-setting event.

On Saturday the 16th of December, under intense heat, flocks of ravers from around the globe flew in to Sydney Showgrounds to witness the last instalment of Knockout Circuz and a moment that would be forever etched into the history of Hard Dance music worldwide. With a star-stuttered lineup featuring a once in a lifetime “Resurrected” set by Showtek and a sellout crowd to match it, HSU Events were in the spotlight of the global Hard Dance music scene and all eyes were watching.

Entering the festival grounds, the spirits were high and expectations were higher. The liquor was flowing and banter was in overdrive. As the sea of smiling faces swarmed the gates and pranced around the emptiness of the giant festival hall I was blown away by the grand scale of the stage that was created. A towering lion head that had been spliced with metal and machinery, cogs and screws, pierced its eyes through the crowd as if it was searching for prey. Its mouth was roaring with fangs of metal bolts and the crown atop its head displayed to the crowd that this lion was conquered by HSU. Below and either side of the tremendous beast laid 15 immense LCD screens and a tapestry of pyrotechnics, lights and lazers, ready to engulf the arena. I personally felt as though this was one of the best stage setups I have seen, not only in Australia but around the world. The theme and matchings aesthetics were on point and it made for an atmosphere unlike any other I have witnessed or felt from other events.

After a brief moment looking around at the food trucks on offer, the thunderous kicks and delightful melodies of Devin Wild filled every corner of the enormous hall. It was awesome to see such a young talent on such a large scale stage. Devin Wild definitely has a bright future ahead of him after such an emphatic year so I am hopeful that when he returns to Australian shores he will be playing when the production is in full effect.

As Devin Wild finished his set, the crowd was graced by the contagious smile of DJ Isaac and his “Classics” set. After replenishing our alcohol levels we bobbed through the ocean of happy ravers and sung along to all of our favourite tunes from the “Golden Years” of Hardstyle. After that, DJ The Prophet played an impactful and intense set which was something I expected from the Godfather of Hardstyle, but something I didn’t expect was his movement and malleability between Hardstyle, Reverse Bass and Raw Hardstyle. It was a sight to behold and definitely one of the most inspiring sets to watch as an aspiring DJ. 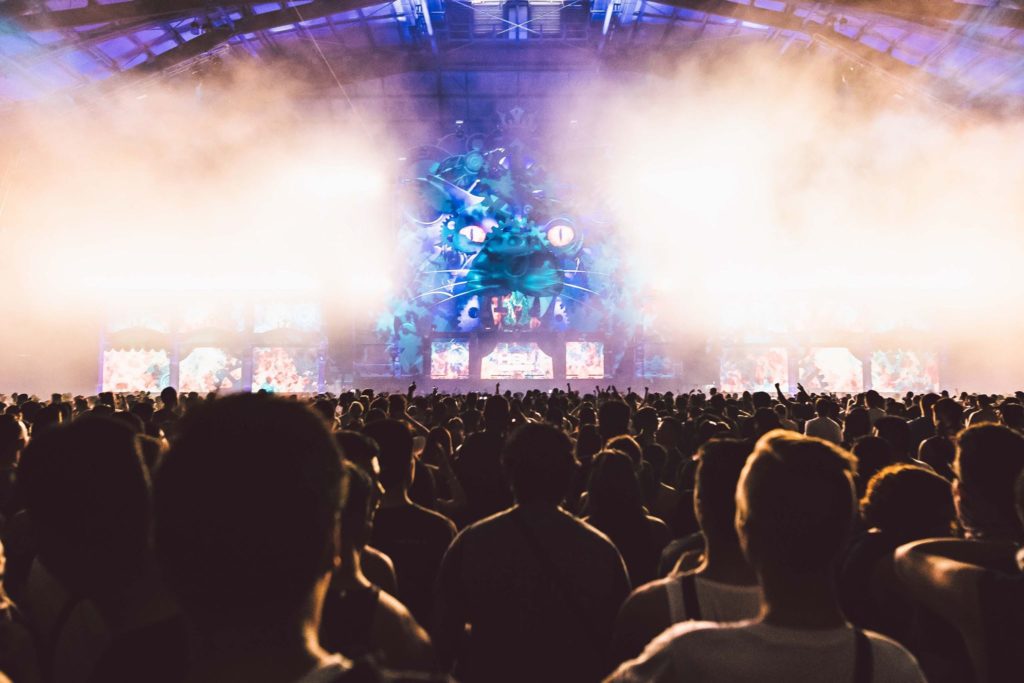 When the afternoon sun started to slip away Code Black graced the lion’s mouth with his hot new look and fresh take on Hardstyle. After a string of heavy-hitting releases on WE R, Code Black brought an onslaught of new music to the table. With unreleased tracks like “No Reality” and “Together As One” blasting from the monstrous sound-system it wasn’t hard to choose his set as one of the top picks of the night. As his set progressed, the lion started taking on more personalities, teasing the crowd with lights and lasers.

The end of Code Black brought the beginning of the “Knockout Circuz Spectacular”, an intense 10 minute display of HSU flexing their production muscles. With fireworks, flames, lights and lasers working in unison and the lion being controlled by the voice of a lion tamer, it all culminated to make an awe inspiring atmosphere which paved the way for the rest of an epic night. 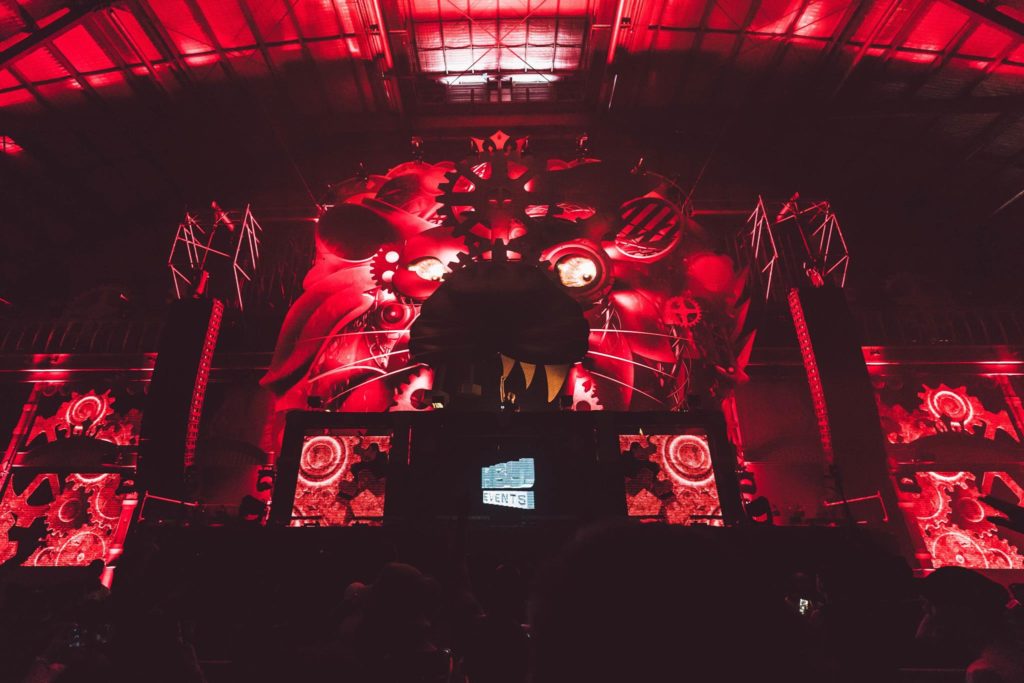 Coone was the next DJ to play and he opened the set with his brand spanking new collaboration with Hard Driver, “Showtime 2.0”, which immediately got a huge response from the crowd. His set was a lot harder than I imagined it would be which makes me wonder how much of an impact some of the Raw Hardstyle producers are having on the biggest names of the industry. Alongside this, I feel as though Sub Zero Project, who performed later in the night, are without a doubt one of the key reasons as to why Hardstyle is getting harder. Talking with the artists at Knockout it is clear that they all have immense respect for what these guys have done for not only Raw Hardstyle, but for the integrity of artistry and being able to look outside the box when it comes to creating tracks. With some a tight-knit community surrounding Hardstyle it is hard for artists to stray far from what they know because of the possibility of a backlash from fans. However, I believe Sub Zero Project has created an air of diversity, experimentation and unification which has been missing in previous years. 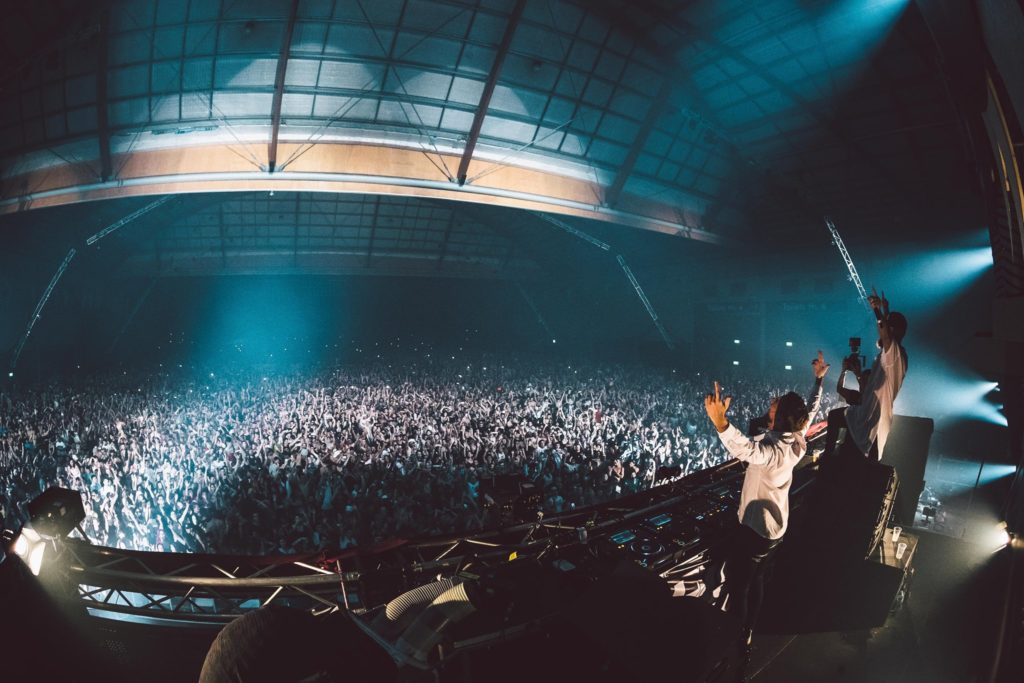 After some impressive sets by crowd favourites D-Block & S-te-Fan and Da Tweekaz, an intense hype-up began for “The Resurrected”. Black and grey stone writing punched through the screens with the titles of their tracks while a huge stone figure began swirling into the foreground. When Showtek were announced I heard a roar like I have never heard before in my life.  Their set was everything I wanted it to be and more. The mixture of classics and new tracks was amazing and it was so rewarding to finally hear old-school mixing for a change. As they dropped their old tracks like “Here We Fucking Go” and “Electronic Stereophonic” Ft. DV8 people were shouting in disbelief, “How does it still sound so fresh?” I was glad to be a part of history and witness such an epic set and so too was every other raver in the packed arena.

Ultimately, Knockout Circuz 2017 was for me the pinnacle of not only Hard Dance music but of any dance music festival in Australia. The music, the production, the atmosphere, the people, the party, for me it blew every other festival or event out of the water.