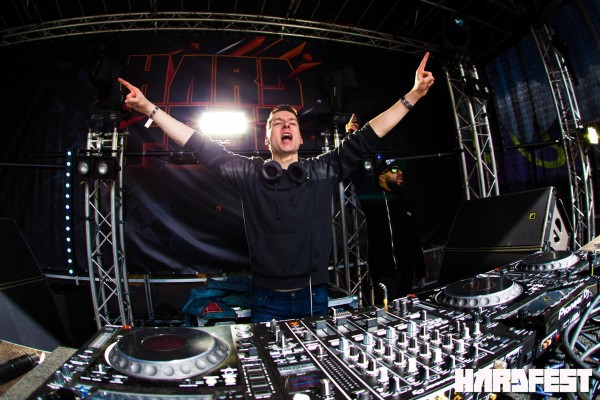 Well-informed Hard Dance aficionados would very well know by now that Hardstyle is a genre that thrives on scouting new talent at the drop of the hat. On the other side of the spectrum is Hardcore; a long-standing genre that’s had the same guys rocking mainstages since its very conception.

Unlike the Hardstyle scene, which is bombarded with bucketfuls of hopeful, aspiring DJ’s or producers who get involved in the industry from as young as 14, Hardcore’s talent count is significantly lower.  But don’t be disheartened; despite the generation gap between veterans and newbies, the music coming out from the next-gen Hardcore producers is absolutely brilliant.

All of you would be familiar with Hardcore legends such as Angerfist, Mad Dog, Evil Activities, Neophyte, Nosferatu, Tha Playah, Destructive Tendencies and Partyraiser – but what about the forthcoming names who are following in these pioneers footsteps? Well, you’d better be ready because today we’re going to shed some light on what Hardcore’s next generation has to offer.

Taking a peek at the fresh, new wave of DJ’s and producers, we’ve comprised a list of talented artists who are expected to hit in big in the coming years! Without further ado, we present the future Hardcore headliners! 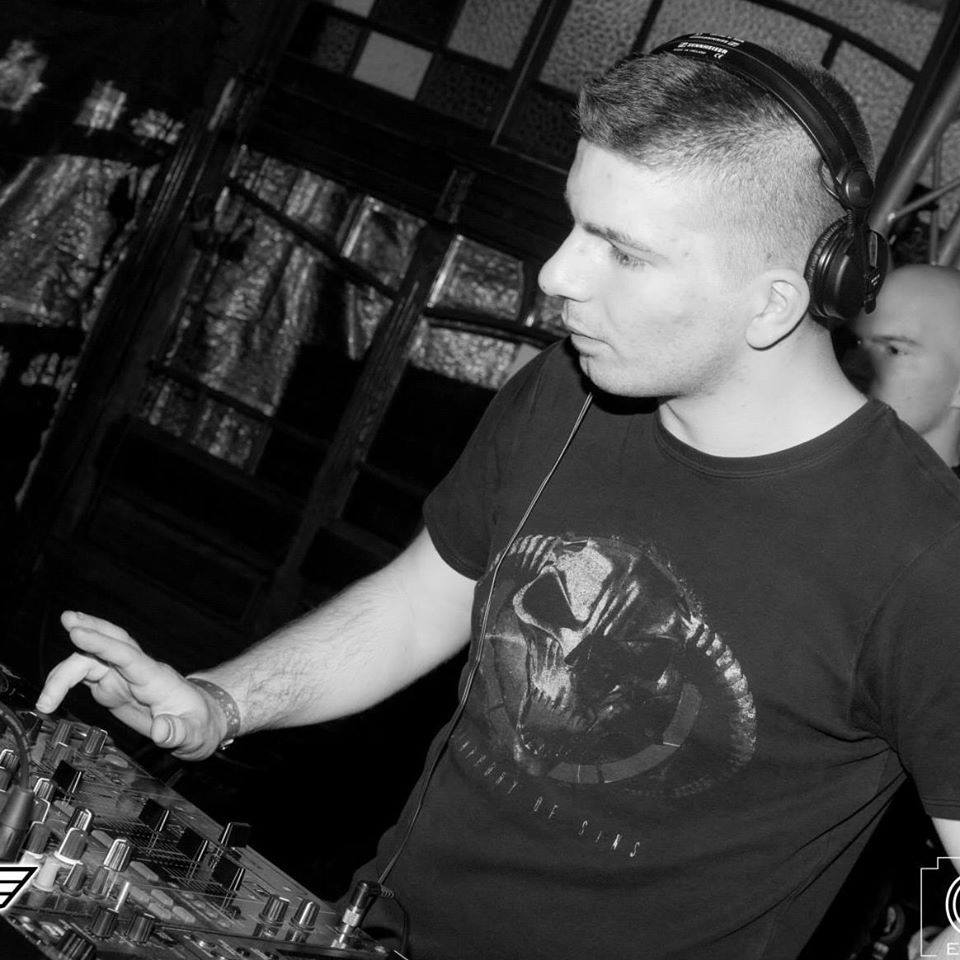 First up to the plate is Belgium’s rising star Meltdown. Hardcore-heads may be familiar the sound of ‘The Trapper,’ which was Luc’s previous alias, however as he turns over a new leaf and embraces a new sound things are looking more promising than ever!

2016 has brought forth new ventures for Meltdown; this promising young producer recently got his first big break with debut tracks “Choose The Way” and “Surviving The Times” released on the eminent Masters Of Hardcore imprint. With these initial releases generating a plethora of positive feedback from fans and climbing the charts, Luc also scored himself support from the likes of Evil Activities, Nosferatu and Thorax.

Heavily inspired by the sweet sounds of ‘Millennium’ Hardcore, for those looking for impactful, fresh and powerful Hardcore to update their playlists with, then I highly suggest that you give this guy a whirl! 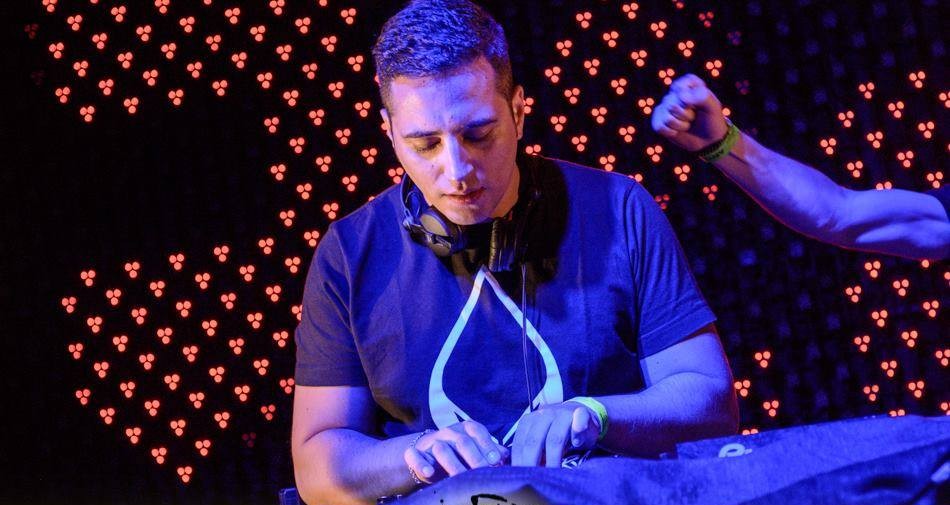 Among Northern Italy’s mountainous realms (where people speak some funky half German/Italian dialect), is where you’ll find the ardent Tears Of Fury working away on boundary-breaking Hardcore. Formerly known as a duo consisting of Ivan Moser and counterpart member Valentin Heiss, the guys got their first big break back in 2011 when they won the Italian MOH DJ contest. Once captivated by the fascinating world of Hardcore, the pair soon became intent on crafting their own productions underneath a trademark sound.

Fast forward a couple of years later and Tears Of Fury has built up an impressive discography including out-of-the-box collaboration “INKA” with Hardstyle duo Clockartz, “Painkillah” and “Light In The Darkness.” Focussing on uniquely blending the roughness that Hardcore is renowned for with experimental and intriguing sound design, if Tears Of Fury is known for something, it’s his ability to create memorable, ear-catching tunes!

Looking forward into 2016, new ventures are exposed as Ivan announced that he will continue Tears Of Fury as a solo act. Now signed to Most Wanted DJ Agency, the future is looking brighter than ever for this promising new name! 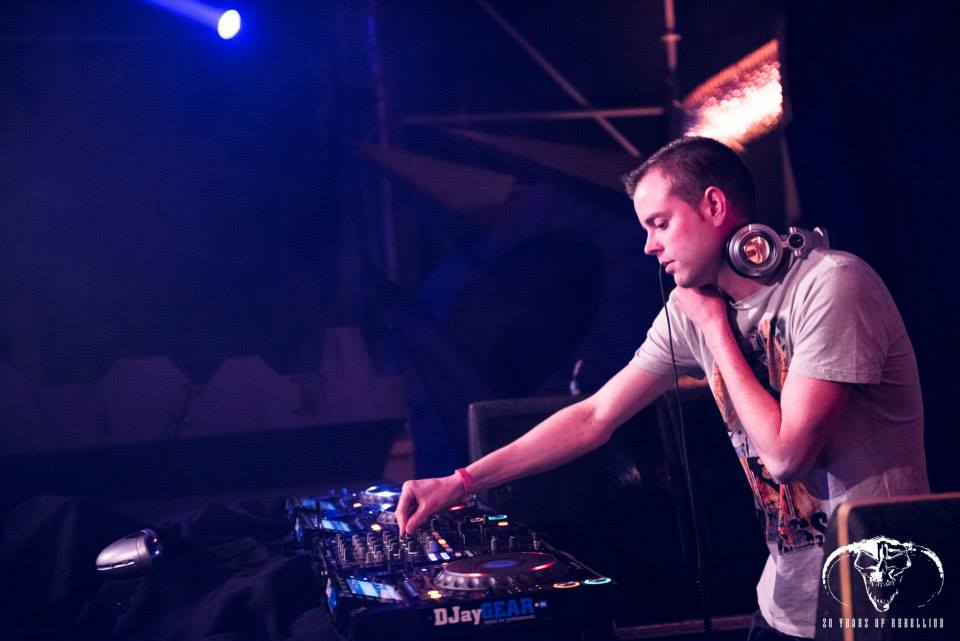 Have we got any Frenchcore fans in the house?! We’d like to think so, because this next upcoming artist may just be your new favourite when it comes to the higher BPMs. Dennis Hek, or better known as Death By Design has been conquering all corners of Frenchcore for just over one year, experiencing tremendous success in such little time.

Over the past year, Dennis has had the honour to perform at colossal Hardcore events including Masters Of Hardcore (2015 and 2016), Exodus, Dominator and is scheduled to perform at Airforce Festival and Free Festival this summer.

Taken under the wing of Frenchcore legend Dr. Peacock, Death By Design made his debut in 2015 with his exceptional “Eat This” EP, which was followed up by the “Rising Spirit” EP and the 2016 release “Fearception” alongside Brutal Jesters. Even if high BPM’s and extremely fast dancing isn’t your thing, Death By Design may just be the guy to expand your horizons and lure you over to the ‘French’ side! 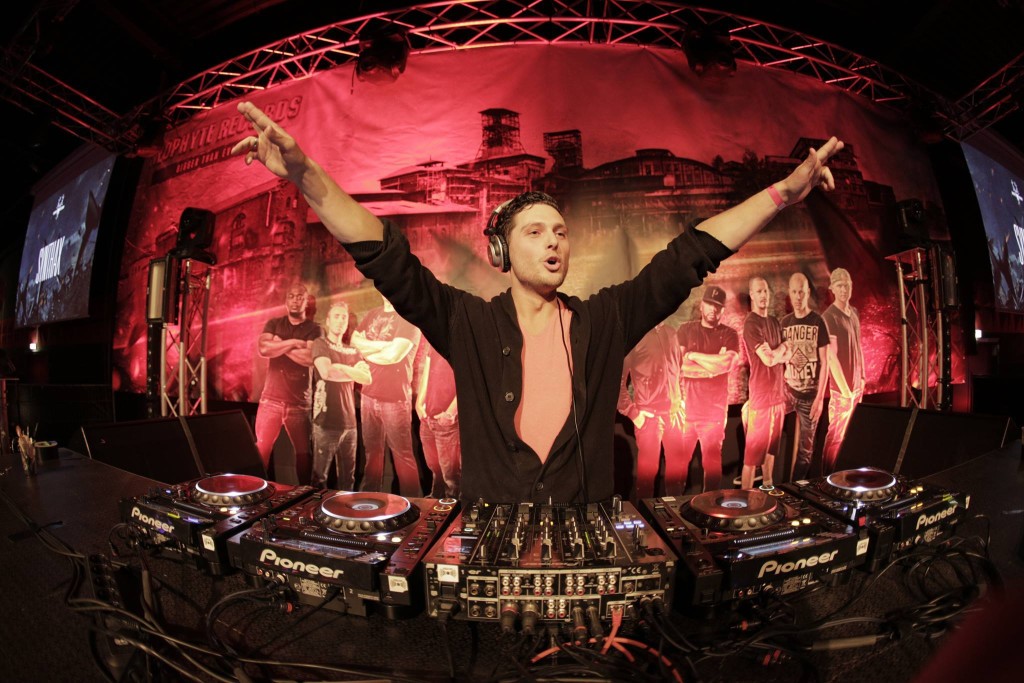 Searching for high-quality Hardcore with an innovative edge? Well, look no further than next-gen superstar Synthax! Boasting a handful of intelligent and creative productions, Synthax thrives on approaching music from an unexpected angle, bending the rules and accentuating detailed and immaculate sound design. His harmonious, yet rough and energetic approach to Hardcore has earned him well-deserved support from the likes of Angerfist, The Viper and Neophyte, who signed him to Neophyte Records in 2014 after releasing on its sub-label Adrenaline Tracks.

On a side note, many of you may be surprised to find out that Roy enjoys producing all kinds of flavours, including Hardstyle in which he constitutes 50% of the Nightbreed-signed duo ‘Break Zero.’

For readers who are looking to discover exceptional new tunes of an immense quality, then I highly suggest you get cracking and check out some of Synthax’s finest gems “Party & Bullshit,” “Stay True,” “Living On The Edge” and the 2014 Q-BASE (Hardcore) anthem “Creatures Of The Night” alongside Art Of Fighters and Xcite. 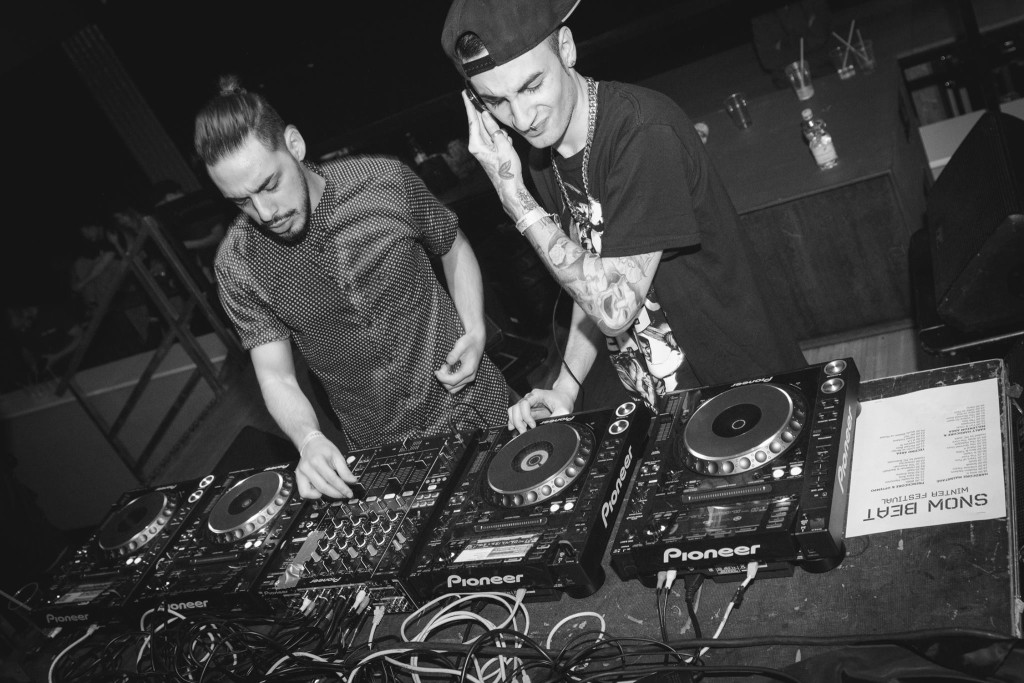 Next up we have a promising and exciting duo that has come a long way since their initial release back in 2011. Hailing from Milan, Matt and Kizzi comprise the promising act The Melodyst, sweeping through the Hardcore scene at full force with their intense and unrelenting, yet top-quality signature sound.

After releasing their music on Rotterdam Records and Next Cyclone, the year 2015 brought forth new ventures for these notorious Italians when they signed to eminent platform Traxtorm Records. Proceeding to release some huge tracks such as “New Dawn,” “Fallen Angels,” “Kill Mode” and “Hardcore Domination” alongside Art Of Fighters, The Melodyst has become a sure-fire favourite when it comes to creative and inventive productions.

If anything, these dudes are severely underrated; so show your support and get listening! Trust me, you won’t regret it. 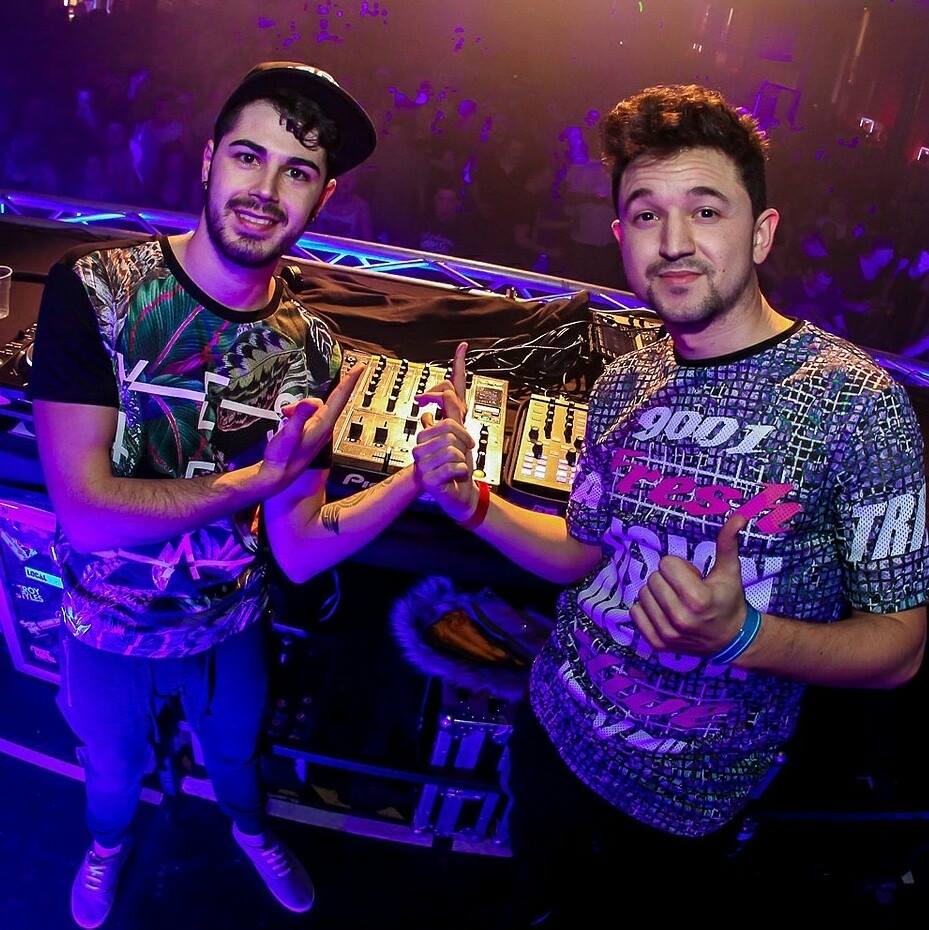 We’ve covered the lands of Belgium, The Netherlands and Italy, however this next Hardcore act hails from the beautiful Alicante in Spain. Representing Promo’s label The Third Movement, Rodrigo Bustamante and Omar Ruiz (known as OMI) are the musical masterminds behind the promising duo Broken Minds.

Meeting by chance, the pair was immediately struck by their instant musical connection and chemistry in the studio, resulting in a more permanent collaboration. Ambitiously pursuing productions that boast intricate and boundary-breaking sound design, the Broken Minds sound can best be described as a tasteful blend between creative and uplifting melodies meshed together with extreme kicks and rough vibes.

Over the past year, the duo has wowed Hardcore fans during performances at Hardshock, Hardcore4life, Dominator and Hardcelona. Music-wise, Broken Minds recently dropped their debut album “Welcome 2 Brokenland” in February. This exceptional body of work includes some amazing tracks such as “NEIA,” “Ride Alone,” “Wake Up” with OMI and “Requiem.”

These guys are definitely one to keep your eyes on, so remember to catch their performance at Defqon.1 next month! 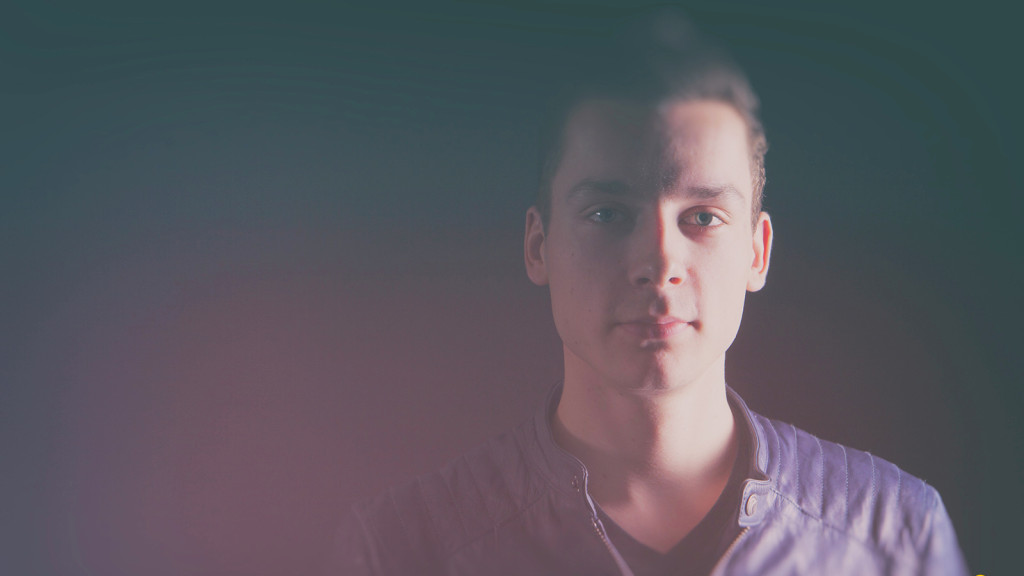 Steven Verboom, or better known as Dutch Hardcore act Bodyshock has been on a fast ride to the top since his debut release in 2013! Critically acclaimed as one of the fastest rising new names, we wouldn’t exactly classify Bodyshock as a ‘talent’ or ‘aspiring’ producer; he’s beyond the breakthrough stage and his career is now revealing an array of interesting new opportunities.

After taking the scene by storm with several hit tracks such as “The Gangster’s Back,” “Fire” and his debut album “The Search Of Destruction,” if Bodyshock keeps pumping out these incredible productions then he’s projected to grow into an iconic, worldwide figurehead of Hardcore in the coming years.

Boasting an unparalleled and energetic stage performance, you can be shocked first-hand this summer at Intents Festival, Defqon.1, Free Festival, Decibel Outdoor and many more! 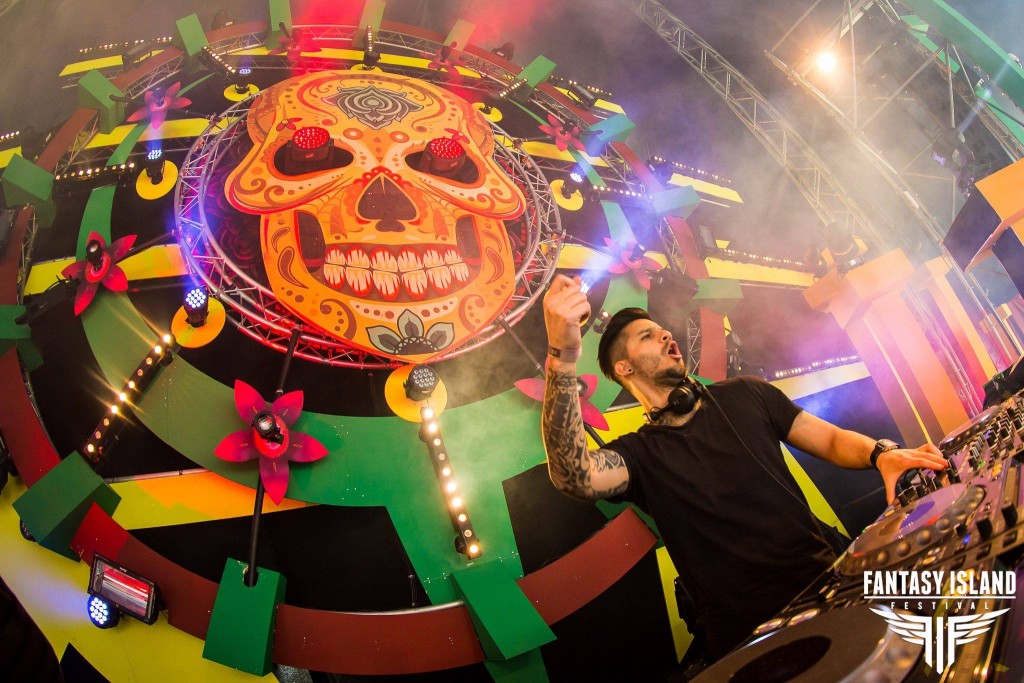 Now that we’re on the topic of artists who are far beyond having ‘talent’ plastered across their foreheads, but aren’t quite amongst the big guys just yet, I’d now like to shift your attention towards Neophyte Records ‘bombshell’ Furyan. Bursting into the scene back in 2010, this creative and audacious producer dropped anthem after anthem, reeling in Hardcore fanatics with tracks such as “The Music,” “Precious Pain” with Neophyte, “Teknology” and “Dark Phoenix.”

Being no stranger to colossal stages, Furyan has ‘wrath’-fully tore crowds a new one at Masters Of Hardcore, Dominator, Ground Zero, Defqon.1, Q-BASE, Thrillogy and many more.

Aside from being on an absolute roll in 2015 and releasing a plethora of next-level bangers, Furyan has also wowed the Hardcore community this year with his “Wrath EP” and collaboration with Korsakoff “A New Dawn.” Eminent for his widespread, high quality productions that are respectful to detailed sound design, this young trailblazer is set to continue soaring! 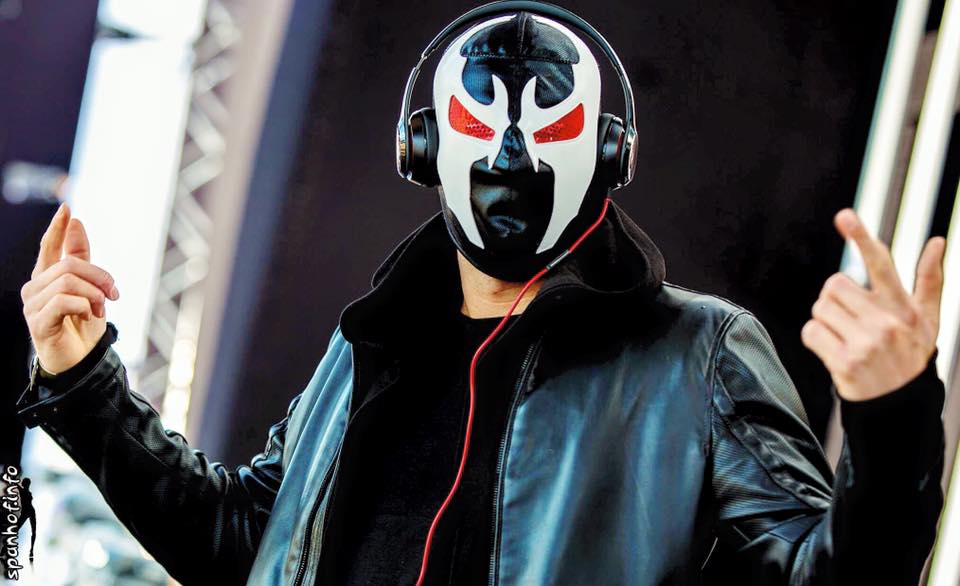 To put it plainly, it’s f*cking hard to ensure a hit on your first release, however forthcoming sensation D-Fence proved otherwise when he dropped immense Hardcore anthem and viral sensation “Krakaka” back in 2015. Acclaimed as being one of the catchiest and danceable tracks of the year, D-Fence quickly became an artist that the Hardcore community kept their eyes on.

Signed to the prominent label Neophyte Records at lightning speed, D-Fence has generated a wave of positive feedback from Angerfist, Tha Playah, Neophyte, Nosferatu, Destructive Tendencies and many more A-listers!

Rolling into 2016, this mysterious and masked artist has set out to follow up his initial hit with two absolute bangers “Pompen” and “Bass Line.” On the flipside, D-Fence annihilated the crowd during his premiere performance at Hardcore4life, shaking the venue to bits with his unrelenting, energetic sound!

The biggest question is, who exactly is behind that mask…? 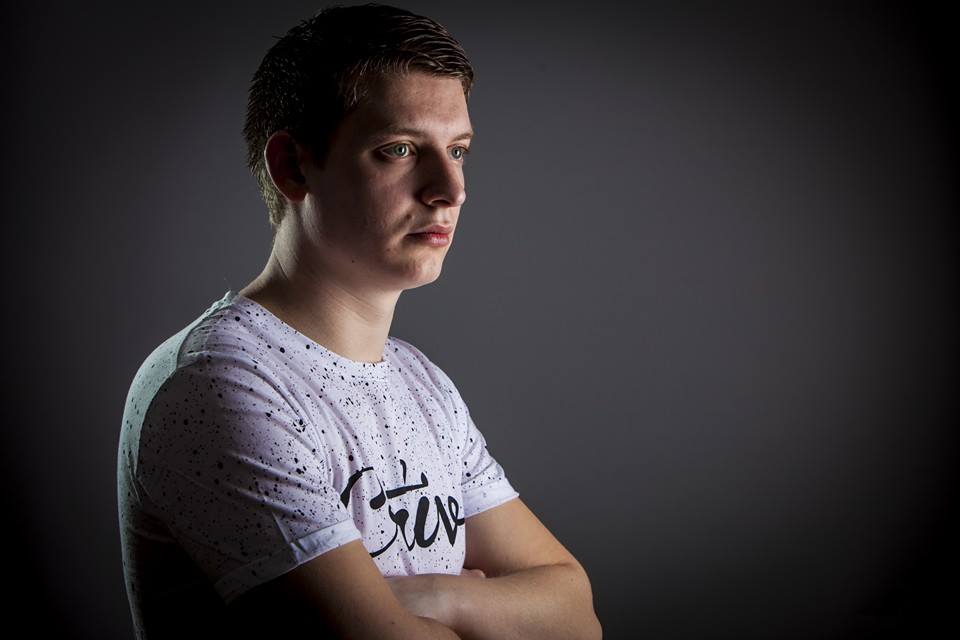 I say, let’s wrap up this article on a high note! And by that, I mean on a brutal and uptempo note. For those who aren’t yet acquainted with this auspicious producer and DJ, Spitnoise is well on his way to becoming the next Partyraiser! Squeezing his way into the scene by creating podcasts, it was only a matter of time until Stan’s hard work was recognised by renowned Hardcore platform Footworxx, who began releasing his music and placing him on their line-ups.

In recent times, this uptempo sensation has hit it big time, scoring himself bookings at illustrious events such as Tomorrowland, The Qontinent, Decibel, Harmony Of Hardcore, Hardcore4Life, Pandemonium and many more!

Uptempo may not be everybody’s piece of cake, but for those who are ready to discover some hot new talent, look no further than Spitnoise.

That’s all for today, folks! These were AAN’s picks of the most promising names in Hardcore; but let’s take it to our readers now. Which artists do you think are expected to lead the Hardcore movement within the next few years? Who will be the biggest headliners? Leave your comments below!

What about Koozah (Traxtorm), The Empire (The Third Movement), Neox (Enzyme)… Etc
They’re awesome producers since many years too, And in my opinion, They had to be on that list…


Ok it’s a good article but you guys really forgot to mention kozzah from traxtorm and stereotype from noize suppressor’s label noize records! At least this guys have already alot of tracks released not like meltdown or tears of fury….d-fence?! Really?? Worst act ever seen on a stage guys!