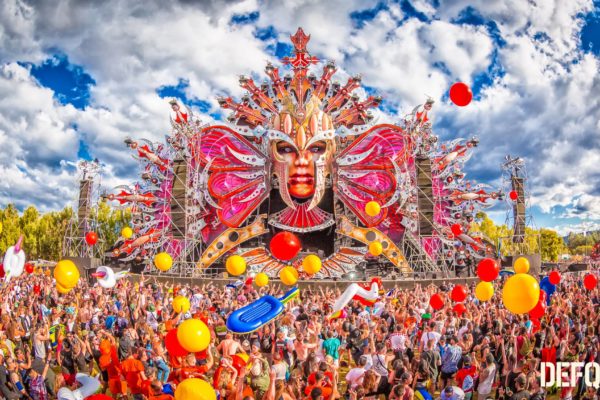 Defqon.1 Festival has just celebrated its ninth Australian edition. Attending the event has become a time-honoured tradition for many Australian hard dance fans, while each year new faces join the Defqon.1 community for the very first time.

In this review, two members of the Alive at Night team share their experiences of the day – one was a Defqon.1 Virgin and the other is a Defqon.1 Veteran!

Howard – Defqon.1 Virgin, attended for the first time this year!

Ever since I started listening to the harder styles I have wanted to attend Defqon.1 Festival. In my short stint on this planet I have attended a few other festivals across Australia including Splendour In The Grass, Listen Out, Big Pineapple Festival and Field Day to name a few. But after what I witnessed and experienced at Defqon.1, each and every one of these festivals pales in comparison.

From the moment I stepped off the bus and started walking to the festival grounds I was in awe of the scale of this event. Looking onto the festival island from across the river each stage looked meticulously detailed and grand. After making our way to collect drink tokens it quickly became apparent that keeping to our timetable was going to be nigh on impossible. 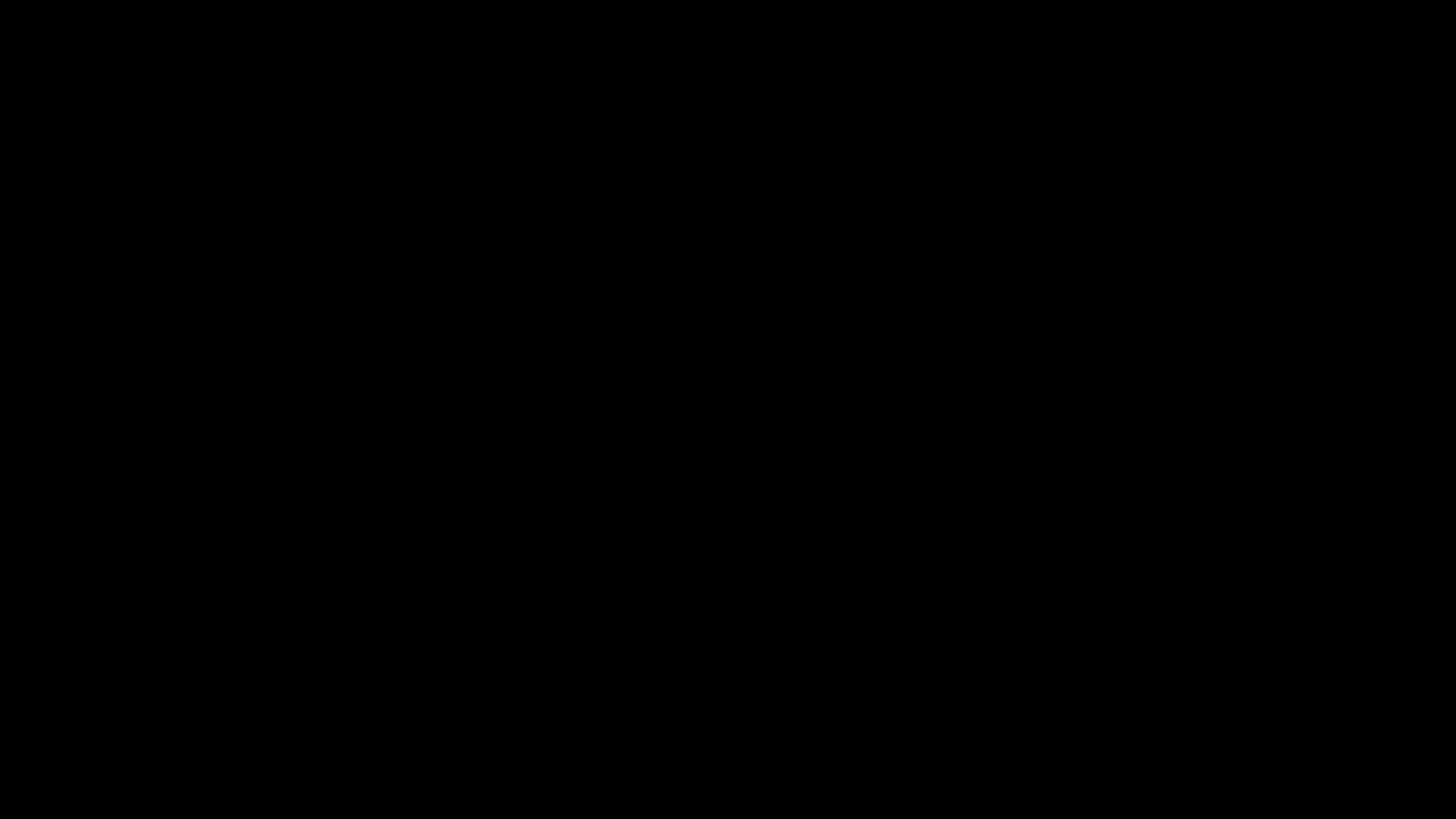 Being a sucker for Raw beats I instinctively did a head-bobbing loop around Adrenalize, who was playing on the Red stage, and headed straight for Aussie powerhouse due Fanatics on the Blue stage. These guys played a hard-hitting no-nonsense set that was the perfect opening to an amazing day. While I thought the Blue stage was going to be a tad larger, I felt as though it did a great job at binding together the aesthetics of Raw and Hardcore and creating a diverse and intricate landscape for all fans of the ‘dark arts’ to enjoy. Surprisingly I thought I was going to spend much more time at the Blue stage than I actually did, and I think that was because of the colossal Red stage and its seductive stare.

While the afternoon sun was still shining we decided to make our way to the Red Stage for the Euphoric sounds of Sound Rush followed by Cyber & Wasted Penguinz. Thanks must be given to these amazing artists for blowing my expectations out of the water and putting on some of the best sets of the day. As a lover of Raw you sometimes forget the importance of Euphoric Hardstyle in the scene and the community at large, but seeing the genuine passion and love for the music expressed by the crowd throughout each and every track I left these sets feeling re-invigorated and just wanting more. 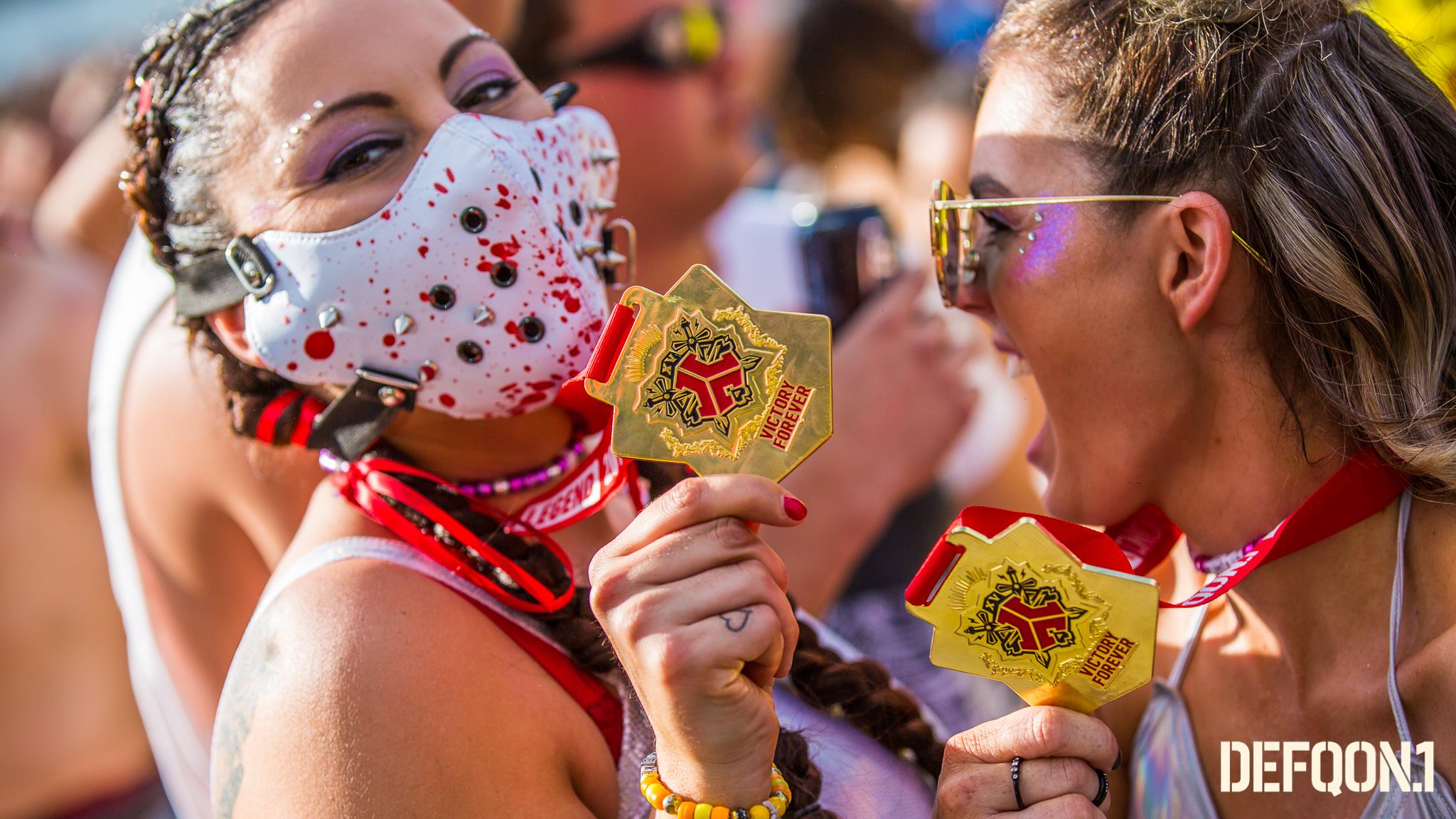 After gathering friends together and replenishing our energy with much-needed beverages we decided to spend some time at the Purple Stage and check out the Australian talent. This stage was the perfect nook away from the crowd to kick up a (dust) storm and showcase the depth of talent Australia has to offer. While we were here we witness one of the most energetic sets of the day by Brisbane based DJ/producer Buursen. His emphatic and heavy style is something that few DJs can pull off so I’m excited to see what this young gun has to offer in the future.

As the sun started to fall the real spectacle began. Each stage came to life in a symphony of lights, lasers and pyrotechnics and the majestic Red stage was the crowning jewel of this spectacular feat. As much as people may comment about Q-dance recycling stages, it is hard to imagine that Australia has seen any stage as spectacular as this year’s Red stage. In my opinion D-Block & S-te-fan put on the best set of the night, combining their old and new sounds to create an endearing journey for fans.

Ultimately, Defqon.1 was above and beyond all of my expectations. The crowd, the music, the atmosphere was unlike anything I have ever experienced and it resulted in an overwhelming feeling of homecoming. Thanks go to Q-dance for putting on this amazing festival and I can’t wait to see what they have in store for the 10th anniversary of Defqon.1 Australia! 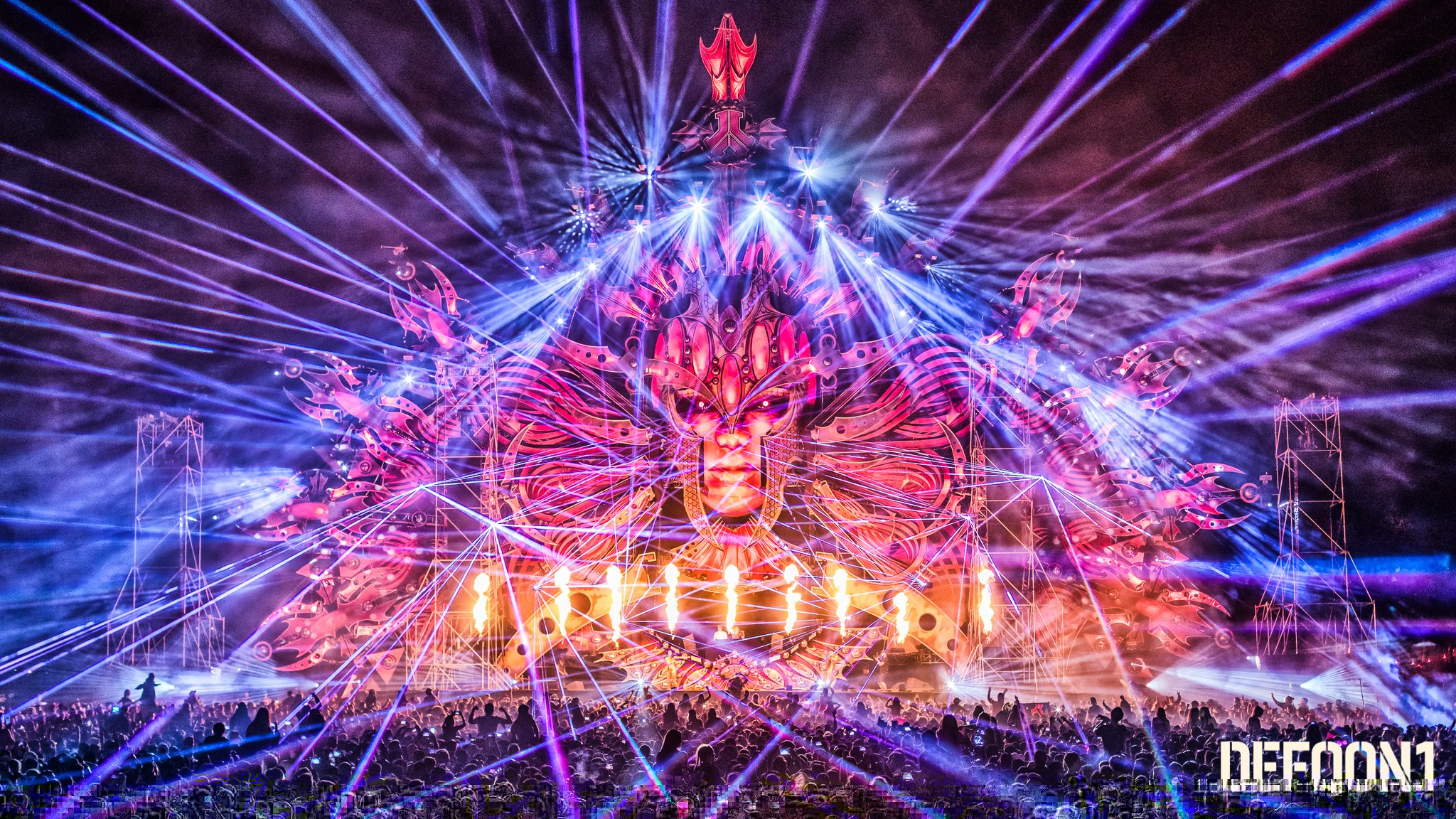 Nicki – Defqon.1 Veteran, has attended every year since the Australian edition began in 2009!

Every year without fail, the first weeks of spring bring not only the delight of warmer days but also an unmistakable feeling of excitement and anticipation, the feeling of Defqon.1 being just around the corner. After the traditional meet up with friends for breakfast on the Saturday morning we finally arrived at the beautiful Defqon.1 party island.

I felt that the layout of the stages across the festival site was perfect this year, with Magenta occupying the huge grassy area immediately to the right of the entrance, while the Blue stage took ownership of the area at the back of the festival site to provide a huge home ground for the combined forces of the Raw and Hardcore fans. 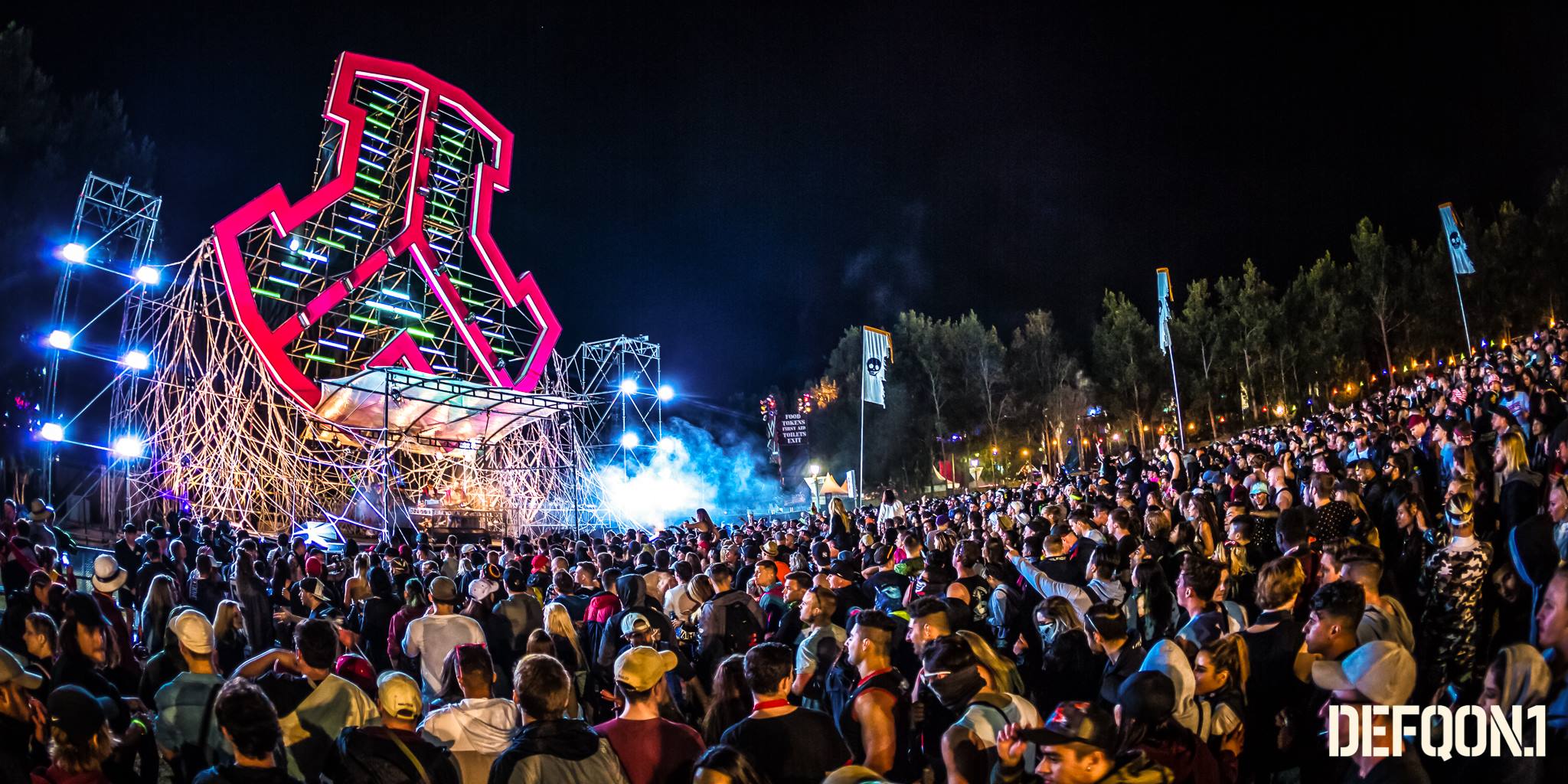 Magenta was definitely my favourite stage of the day and we spent several hours there, enthralled by Scope DJ, Brennan Heart and Noisecontrollers. Magenta showcased the sounds of the harder styles from years gone by and I think the popularity of this stage shows the longevity and the evolution of hard dance music and it’s wonderful to see the power that the classic Hardstyle still has to attract a huge crowd, even while the current sounds of Euphoric and Raw are being celebrated on the other stages. I am gutted to realise that I completely missed Proteus on Magenta. I have no excuse, I must have just let my friends lead me off to another stage and I totally lost track of time.

The White stage, this year dedicated to all styles of bass music, was popular all day and did provide a good opportunity to briefly wind down in between the glorious madness of the other stages.

For a captivating after dark experience, we needed to look no further than the UV stage. As day turned to night every inch of the intricate structure began to glow in the dark, with seemingly endless creative details showing up under the UV lights. Combined with the extra hard sounds of Raw Machine, Splinta and Mistortion, followed by Sawtooth, the last hour at the UV was a truly hypnotic underground adventure. 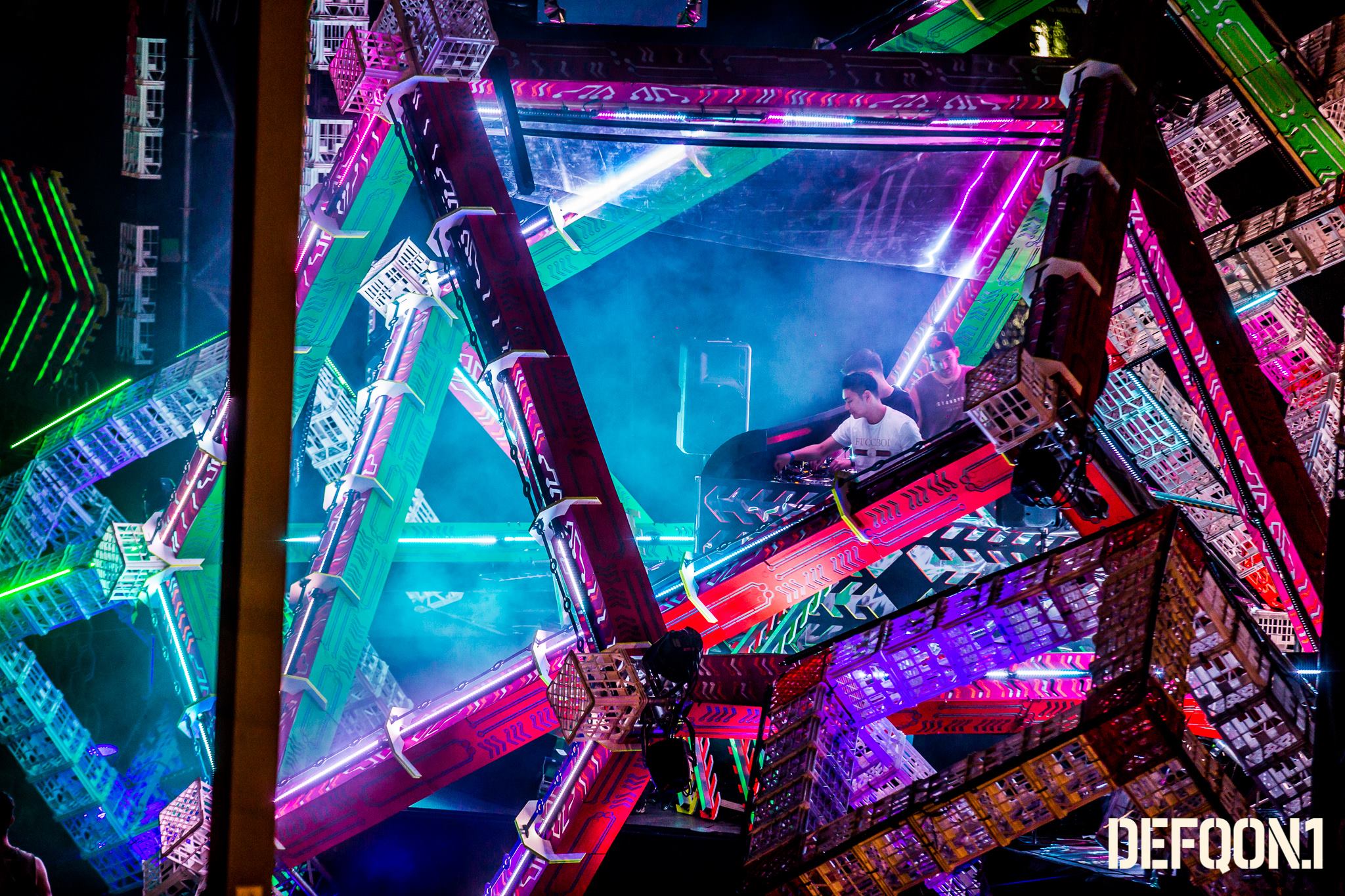 After catching some of Tha Playa’s excellent set at Blue, followed by a bit of dashing around between stages to gather up friends and make sure we used up our drink tokens, we arrived at Red stage for D-Block & S-te-Fan’s set, which was directly followed by the End Show. As the crowd danced, sang and cheered together while the fireworks erupted into the night sky to the sounds of this year’s anthem, “The Eye of the Storm” by D-Block and S-te-Fan, I remembered the title of the duo’s new album, “Antidote”. For so very many hard dance fans, music truly is our antidote. At a party like Defqon.1, we feel the cares of our working week melt away. Nothing mattered at that moment more than the experience we were living right there and then. 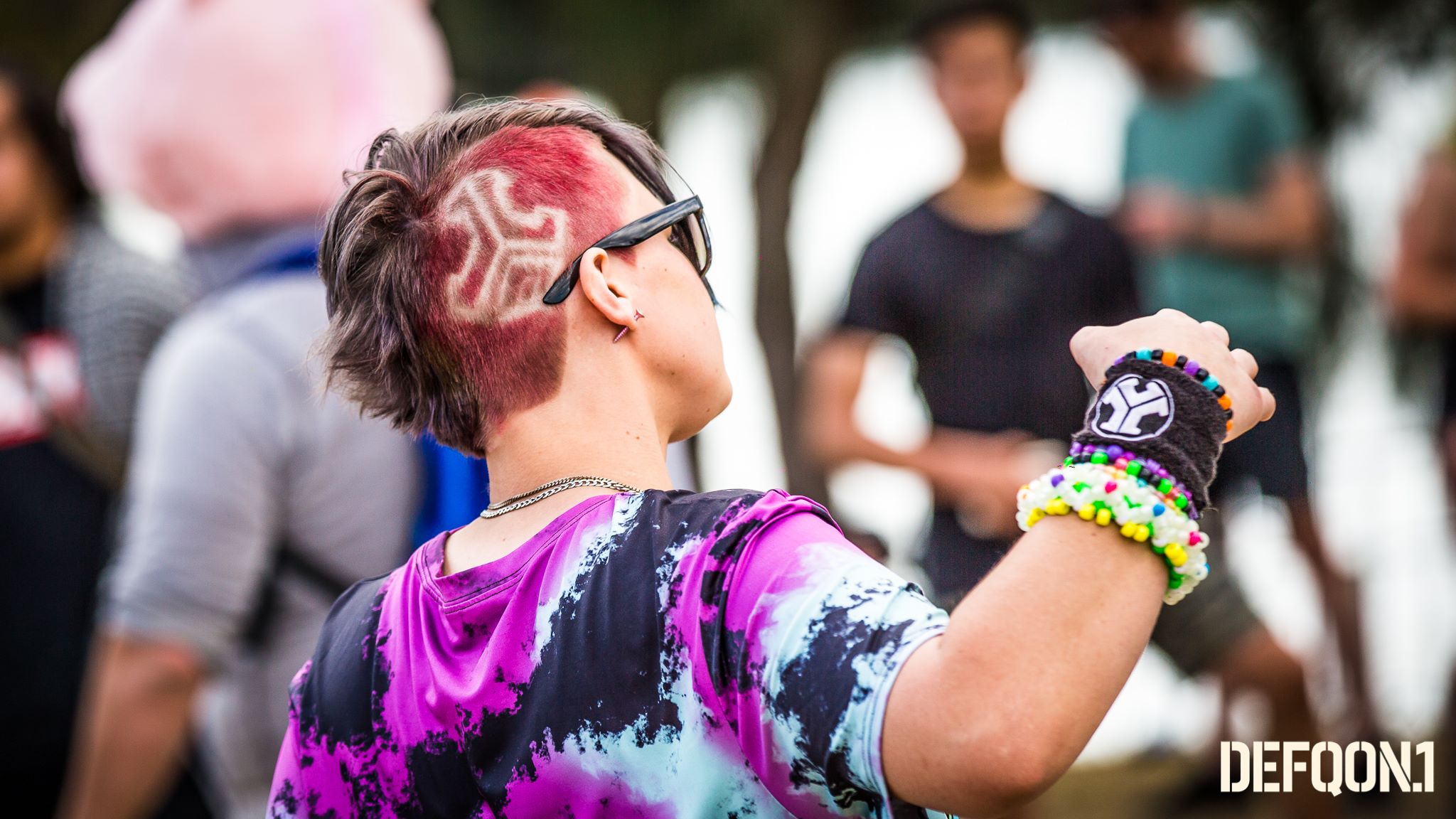 You’d be forgiven for assuming that the End Show would be the end of the night, but in fact ‘the party don’t stop’ and a truly incredible hour of the festival was still to come. We made a swift exit from Red after the fireworks and ran as fast as we could down the outside of the crowd at Magenta so that we could sneak in at the very front to watch UK Hardcore legend Gammer, where we found ourselves swept up into a wave of jumping, smiling ravers as thousands took the opportunity to go hard non-stop for one last hour. Playing his first ever Defqon.1 set, Gammer’s own energy matched that of the crowd as he stopped moving only to grab the mic and passionately scream, “Defqon.1, I’ve been waiting for this opportunity my whole life!”

As another year of Defqon.1 fades into our memories and life returns to normal, be sure to keep the faith because Q-dance has already set the date for the 10th anniversary edition of Defqon.1 Festival Australia – lock in Saturday 15th September 2018 in your diaries! 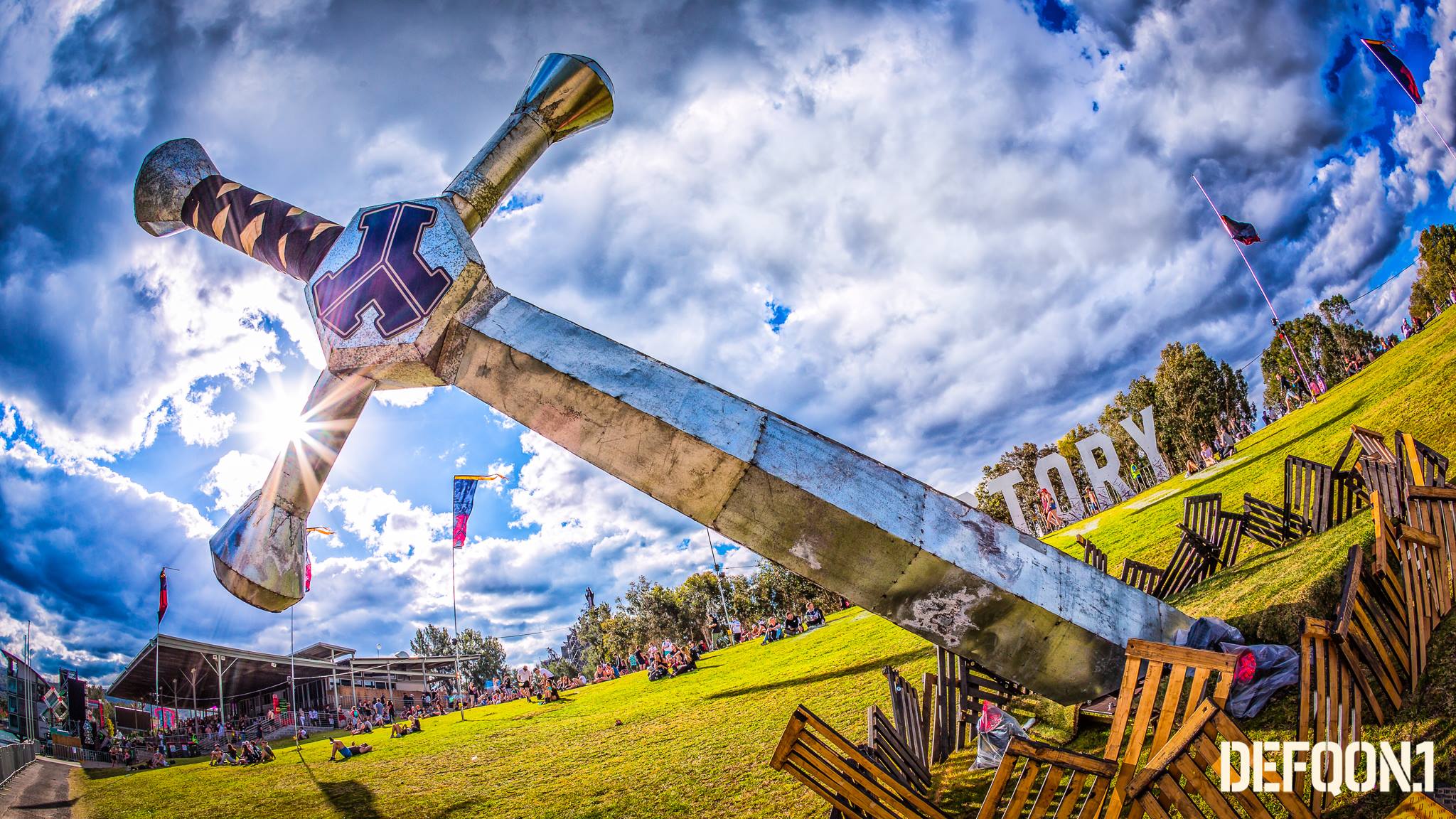