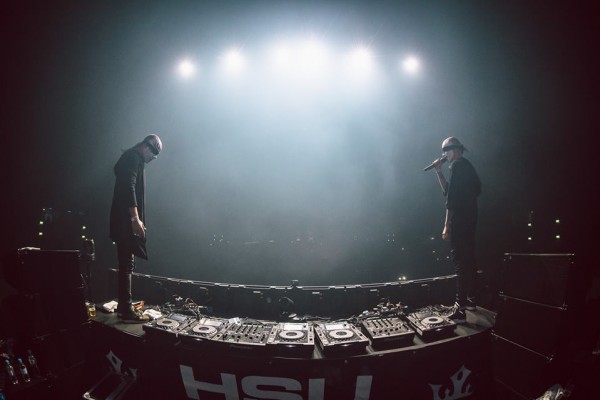 In 2015, Aussie event heavyweights HSU exceeded all expectations when they delivered a noteworthy edition of their notorious Knockout Circuz concept. Filling up the Horden Pavilion to its 6,000 punter capacity, visitors lucky enough to witness this spectacle vouched that it was a night that defined Hard Dance down under.

Fast-forward to one year later and HSU managed to scrape together THE biggest Hard Dance gathering in the Southern hemisphere. With a grand total of 18,000 devoted party-people, Knockout Circuz was literally Australia’s own edition of Qlimax. Promising a cutting-edge production, a gigantic stage accompanied by a blaring sound-system and of course, the finest selection of artists to represent the Hard Dance spectrum, Knockout Circuz was THE place to be last Saturday. 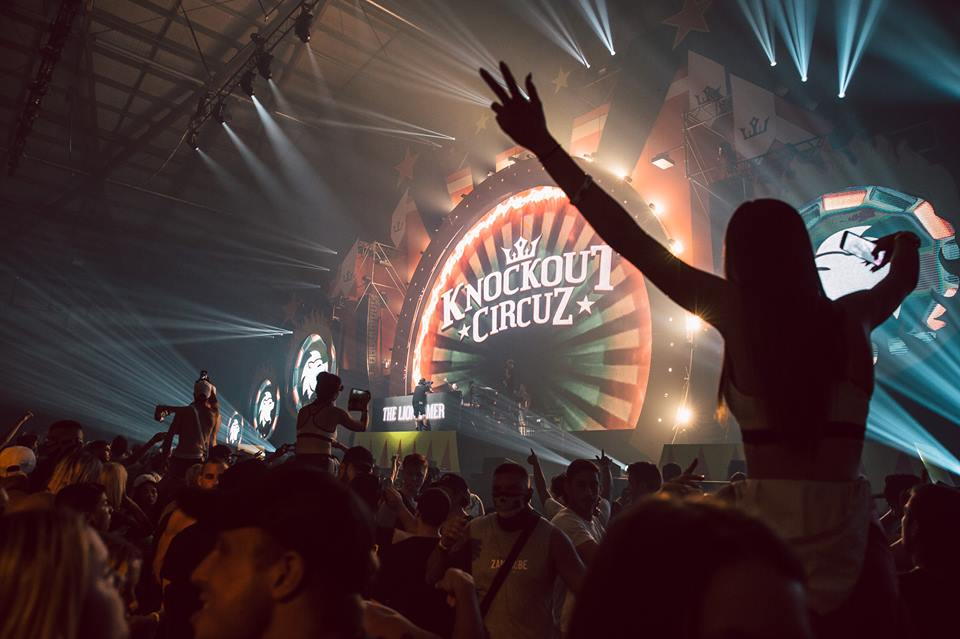 Luckily enough, I was able to visit this spectacular event to represent Alive At Night, as well as film an exclusive ‘Down Under’ episode of ‘Into The Wild’ on home soil. In amongst filming some glorious #cookedcam moments as well as interviews with partygoers and performing artists, I was also able to immerse myself in the ultimate Knockout Circuz experience and weigh in on just how far HSU have transcended.

The night itself was filled with pleasant revelations, nostalgia and new discoveries, as the event marked new heights for Australia’s party scene. Lock out laws killing Sydney’s live music scene? From the looks of things, it seemed as though Sydney’s Hard Dance scene is alive and better than ever. This probably has something to do with the fan-base being a cohesive group of devoted, like-minded individuals who actively show their support.

Knockout Circuz held numerous surprises for the 18,000 punters present and right now I’m going to run you through some of the night’s biggest highlights.

Fantasy, or reality… The majestic return of Project One

With the return of the infamous act Project One, it really did feel as though Aussies scored their own edition of Qlimax.

I can vividly remember standing backstage, moments before Headhunterz and Wildstylez were to step on stage and showcase their Project One legacy in front of 18,000 lively fans. The pair were adding the final touches to their ‘costume’ whilst mentally preparing themselves (and smoking cigarettes) for what was yet to come. 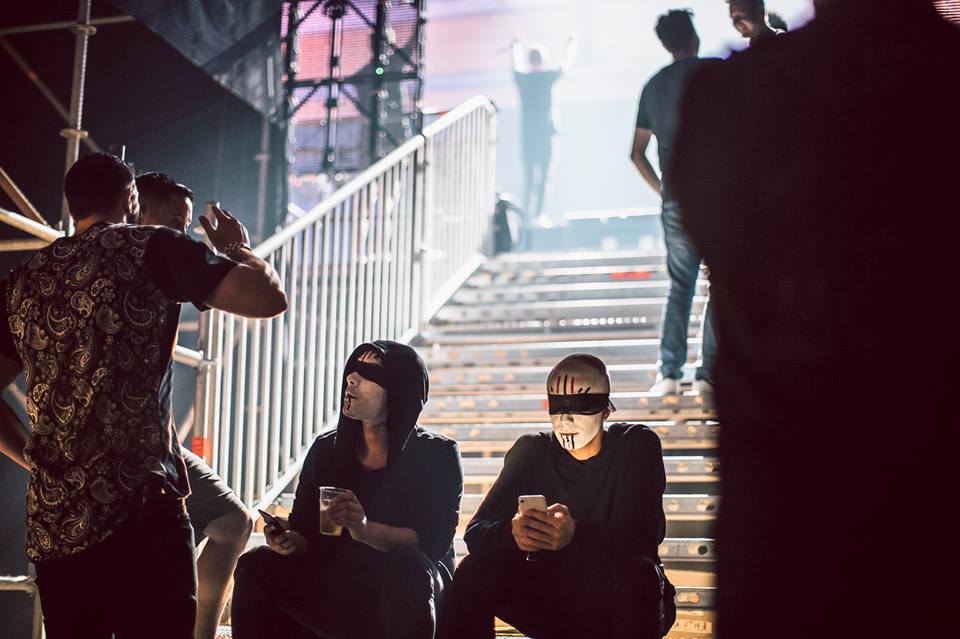 The sun had set, and the night hours were received with a cool breeze. Inside the venue, things suddenly darkened as an air of mystery took over. The voiceover began. Accompanied by stunning visuals and eager cheers from the crowd, as soon as we knew it we were submerged into an exclusive experience that countless individuals would literally give a limb for.

I made my way into the crowd to watch the opening moments of Project One’s set. This was the first time I’d ever witnessed this super-act in action and I felt incredibly lucky to be one of the ‘chosen ones.’ Set-wise, the boys gave it their all and you could literally sense both Wildstylez’ and Headunterz’ happiness radiating from the stage. Project One were truly in their element and I feel as though with their appearance at Qlimax and KO, a whole new leaf in Hardstyle has been turned.

It’s no longer about being the toughest motherfucker who can drum along to every single kickroll for an entire hour straight and scream “Fuck you!” Hardstyle is going back to basics. Back to a time where things were built on love, devotion and harmony and Project One’s performance was a signpost for this shift.

A 360 degree view of the harder styles

Of course Knockout Circuz wasn’t just about Project One’s return – the entire Hard Dance spectrum was well-represented by a team of international artists who blew the place up! Resident turnt cunts Crisis Era kicked off the night with a class selection of tasty reverse bass tunes – this was then followed up by one of the most risqué interviews I’ve ever conducted, but that’s another story… Also on the line-up were melodic representatives Wasted Penguinz, who melted the hearts of the 18,000 visitors packed into the venue.

Delivering raw beats to the masses was Warface, who delivered an energetic, Earth-shattering performance filled with his finest productions. For me, the finest moment of his set was when he dropped “Focus,” with D-Sturb – it was my (wet) dream literally coming true. 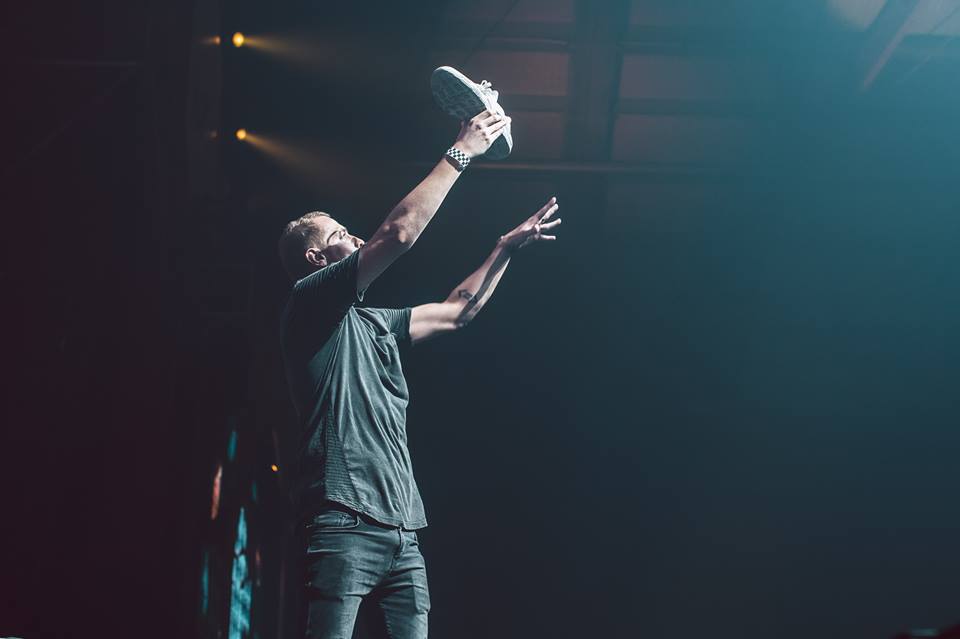 I personally feel as though every artist on the line-up did a spectacular job, however if I had to choose a favourite (besides Project One’s exclusive performance), I’d have to say that Coone and Gammer were my highlights. I was left speechless when I witnessed the entire crowd going absolutely fucking mental to Gammer’s beloved 170BPM beats. I honestly feel as though 2016 has been a defining year for UK Hardcore and 2017 is going to see many more interesting twists and turns for the genre.

Speaking of Hardcore, the last hour of Knockout Circuz saw the vibe shifting from light-heartedness to intensity and ferociousness when Evil Activities and Tha Playah took the stage. By this stage of the night, a large portion of visitors were sitting outside and stroking each other’s hair, however the real devoted Hardcore-heads who were left inside were in it ‘till the end!

Unlike your average festival down under, HSU ensured that Knockout Circuz encompassed a production that was on-par with European standards. I was actually around to witness the pre-show sound-check, and when the production team cranked up the volume to its absolute maximum I had to stand outside because it was so fucking loud.

Compared to last year’s edition, this year included more thematic aspects, including a gorgeous stage that fitted the circus vibe. In addition, the stage was accompanied by numerous laser lights, strobes and gigantic LED screens that lit up with stunning visuals. Who’s already seen the gorgeous image taken during Project One’s set with the moon in the background? 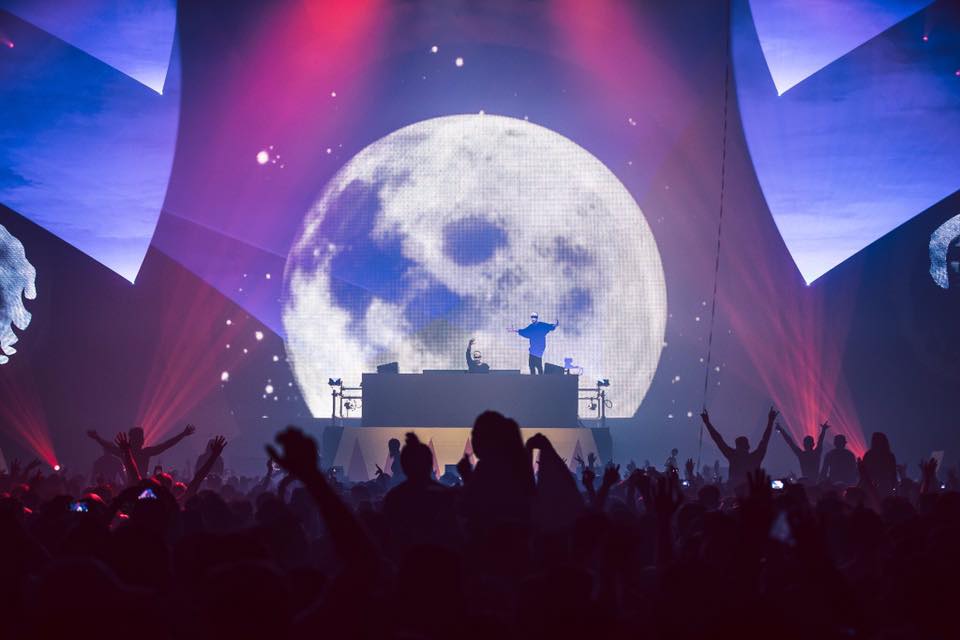 It was heart-warming to see how well everything ran for HSU; the team has worked incredibly hard over the years to grow their events and to witness them welcoming in 18,000 visitors for Knockout Circuz was something truly special. Everything from the production, to the general organisation of the event was spot-on, so big ups to HSU for all of their hard work! 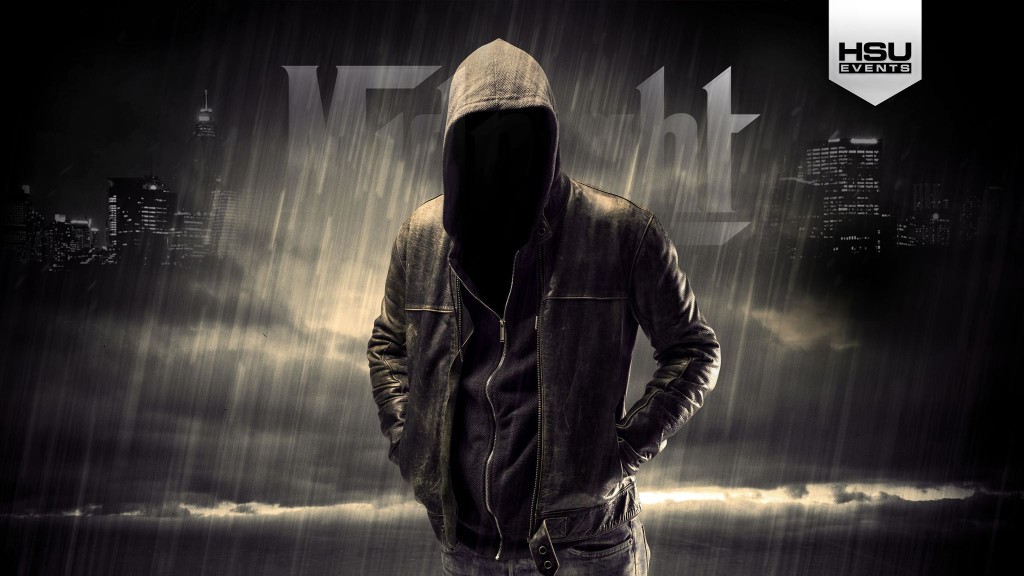 Just to excite you all a little more, during the show, HSU also teased visitors with the return of their beloved Midnight Mafia concept in 2017! Officially marked for the 13th of May, 2017, this will be the biggest edition of Mafia to date, as HSU will conquer the colossal Sydney Showground yet again. Pre-registration for tickets has opened, so be sure to sign up!

Keep an eye on the Alive At Night social pages, because we will be uploading our exclusive down under episode of ‘Into The Wild’ from Knockout Circuz soon!