What Is Hard Drop? With Dr. Rude 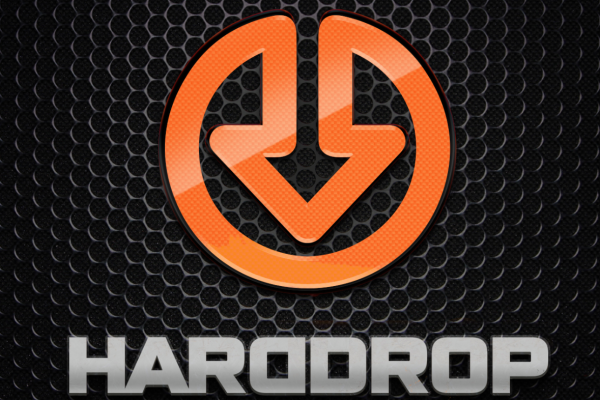 This new found sound has been taking the harder styles by storm, showcased on some of the biggest stages around the world and is notorious for its groovy and accessible sound. For non-hardstyle listeners, hard drop can be quite good listening and a great bridge to other sounds within the harder styles like raw hardstyle and hardcore. Experimenting is always great fun, however the hard drop sound is becoming a little more than experimental. Supported by the likes of Technoboy & Tuneboy, Phrantic, Wasted Penguinz, Crystal Lake and of course Dr. Rude, Hard Drop is proving as a force to be reckoned with nowadays. We pulled Dr. Rude aside for a few moments to have a quick chat about this whole Hard Drop movement, where it’s going and what the public thinks of it!

• Hi Dr. Rude! Thanks so much for chatting with me. Firstly, how can you describe “hard drop?” from a technical perspective?
For me it’s the sound structure of hardstyle combined with a more EDM type of climax. So, the BPM is the same, however the kicks lean more to an EDM type of kick but still rattle sound systems to induce that extra energy. The drop is usually a little straight forward which means that it’s easy to follow but it still also packs a high energy level due to the types of sounds used.

• In your opinion, what are the differences between traditional hardstyle and hard drop?
I think the biggest differences are the drops and the kicks. The drops are more minimal and house-like. The kicks have a lower character which also gives it more of an EDM feeling and sound. This is not to try and push more into the EDM market, but to give hardstyle a little more breathing room when it comes to a certain sound within the genre.

• When and how did hard drop come about?
Well, an exact time and date, I can’t really give you 😛 As you can probably hear, many artists have been pushing into this sound for one or so releases within the last couple of years. However, now that the style (hardstyle) has matured so much on an international level, with such a wide scale of sounds, we can now feel that artists are also looking into dabbling more into this sound to give the genre that extra depth and to add a little bit of “different” energy into the sound. Although putting labels on different sounds isn’t always a good thing (because, there is a label for everything) artists and labels thought that it would be wise to give it a name anyway. People need to be able to “relate” to something, so giving it a name felt like a good start.

• There’s a facebook page for it now – what does this mean?
I think it means that it has become a real sub-genre, which is a good thing in my opinion! People have noticed it and have come to terms with its existence. It’s nice to know that fans (although they do not need to like this specific sound) appreciate it and acknowledge that it’s there. It goes to show how mature the scene has become.

• Is it aiming to be a separate genre?
Well, I was never aiming at creating a new genre. I don’t think that that’s what it will turn into. It’s just another path hardstyle can, and is, taking. Some like it rough, some like it euphoric and others appreciate the energy this sound has. In my opinion, it’s still very much hardstyle.

• What is some regular feedback that you get for your hard drop sound?
Oh, it has been amazing so far.. The support of all major names and podcasts has been amazing! I never expected it to grow this fast.

• Who are the other ambassadors of hard drop?
In my opinion TNT (Technoboy and Tuneboy) are doing an excellent job in this sound! Other artists whose tracks I also play a lot are: Isaac, Audiofreq, Wasted Pengiunz, Crystal Lake, Phrantic and even Wildstylez and D-Block & S-te-Fan have shown some interest in the sound. Hard drop and my productions have also received so much support from Coone, who has also showcased Hard Drop on his Coone & The Gang CD and has given me enough freedom and trust to release on the Dirty Workz main label with this sound.

• Does this style aim to reach out to listeners outside of hardstyle?
Well, I think since it has a lot of softer influences it could reach out to other listeners and even attract them into other sounds within hardstyle. It’s only good for hardstyle in general, because music and also the listeners tastes evolve through time.

• Many hardstyle fans think that hard drop is ‘too housey’ – what do you think of this statement?
They have a point.. There are a lot of house influences in this sound.. But you hate it or you love it I guess.. As I said earlier, the sounds within hardstyle have become so varied – everyone can find their taste within the sound whilst still appreciating the other sounds. If you boil it down to the essence, hardstyle is still party music, however artists also tend to make hardstyle into a genre you can also “chill” to. So, everything’s really evolving which is great!

• Where do you see hard drop going in the future?
I think it has a great future ahead.. If I look at my own schedule, the sound will be represented at all major festivals and many artists will also be experimenting with this sound. Of course, I’ll be testing the boundaries as well in both directions. I can’t foresee the future, unfortunately but I really feel that this sound has enough influence to put a smile on peoples faces and give them a good time when the tracks drop at a festival or indoor event.

A huge thanks to Dr. Rude for having a chat with me about hard drop! We wish the sound all the prosperity and success this festival season and in the future! 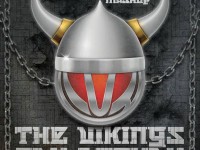 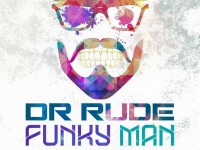 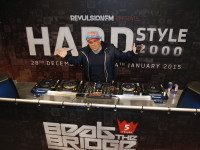