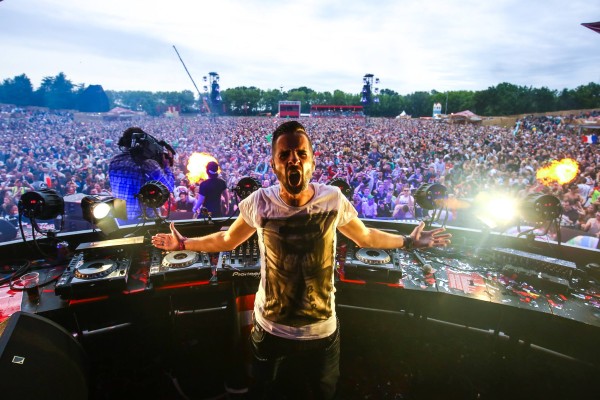 Rene de Bruijn, or better known on stage as Digital Punk has seen his career climb to unbelievable heights since the conception of his highly acclaimed Podcast ‘Unleashed.’ Growing from simply being a platform for the finest raw hardstyle to a global community, there’s much more behind the scenes than what meets the eye. With a brand new line of exclusive Unleashed shows announced in Europe (and beyond) and one of the most successful festival seasons behind him, we caught up with the stellar producer to chat more about bringing Unleashed to life, his Supremacy anthem and some of his thoughts about ghost producing.

– Hey Rene! Thanks for the interview; first of all, how’s life treating you?
Fucking great! I got lots of stuff going on in my personal life and also in my career so I’m very happy at the moment. I also had a really great vacation a few weeks ago so I’m relaxed and recharged from that!

– Can you give me a little recap of your festival season so far? Some highlights, great moments and even some of your wildest shows?
There’s been so many great festivals this season of course, but one of the highlights was playing at Defqon.1 on the mainstage, it’s something that a lot of artists aim for, it’s the biggest festival in the world of the harder styles and also has a lot of viewers watching online so to play there was a great experience. Besides that, my own event ‘Megabase presents: Unleashed’ was also super cool and I’m very proud of it; this year was bigger and better than last year, we had great weather and everything worked out great. Finally, Decibel was up in my top 5 parties this year and of course, The Qontinent was also a really cool party to play at. 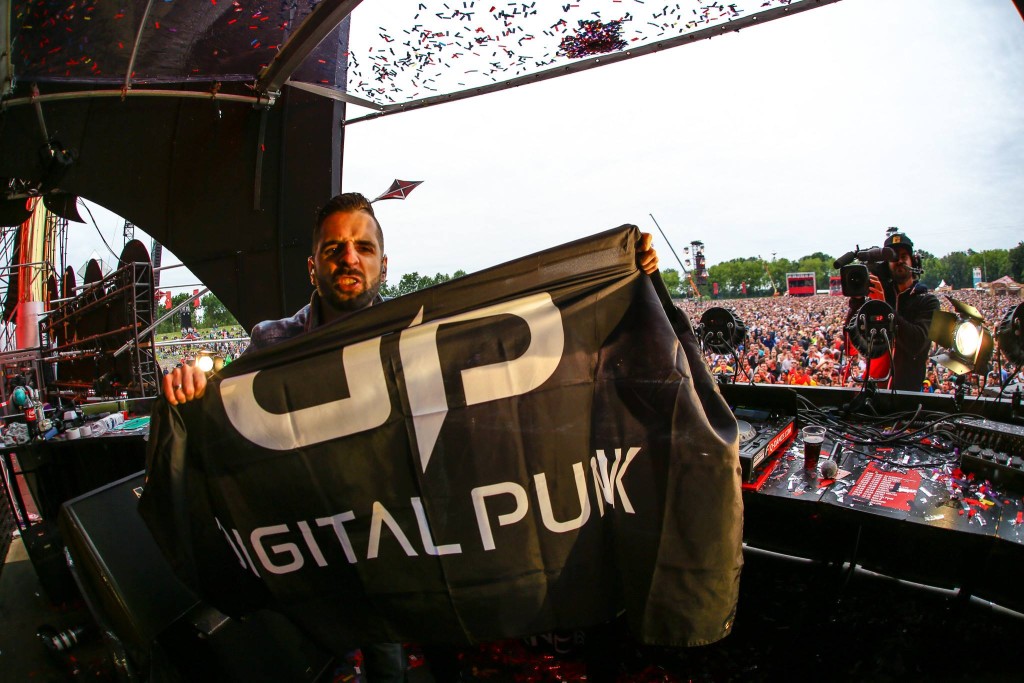 – Speaking of shows, you just announced a brand new line of shows a few days ago. Can you tell me a little bit more about the tour and where you’ll be going?
We want to bring the Unleashed experience/feeling to different countries because these visitors come to The Netherlands for parties and the podcast is listened to in other countries. To do a tour was the first thing we thought of when we did Megabase Outdoor. We now have shows in Poland, Germany, Spain, Italy and also in Chile, so that’s really something I’m proud of and very excited – it’s going to be really special. It will be more intimate than in Holland but we want to bring the same atmosphere and feeling that the podcast brings.

– What DJ’s are you bringing?
In Germany there’s going to be a big fat lineup with Radical Redemption, Chain Reaction, Crypsis and a few others! Other than that line-up, Outbreak will be playing and of course, myself! 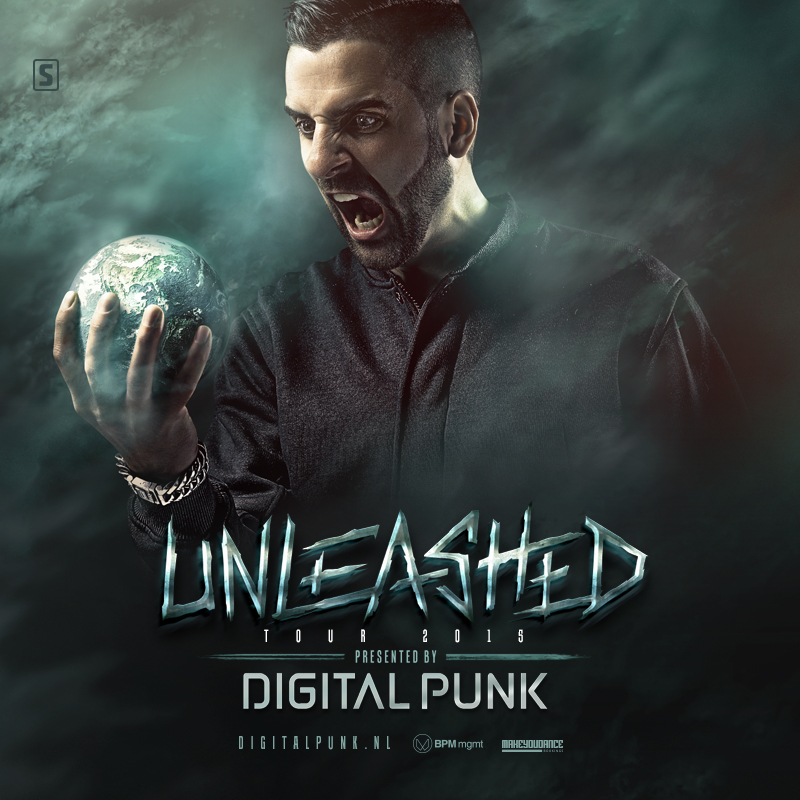 – A lot of touring calls for a lot of flying! Do you like aeroplane food?
Aeroplane food sucks! I’m that guy that always grabs a burger before going into the plane – I’m quite picky when it comes to food. However, I really have to say that the food on Emirates flights isn’t too bad.

– All in all, what does ‘Unleashed’ mean to you?
Unleashed has become a platform that represents high quality hardstyle and party music which is brought to you by me on a monthly basis and in a fresh way. For me, Unleashed means a lot; my career was already going quite well but this has just been amazing! I’ve created a platform where artists can put their new tracks on and that’s something that fans get really excited about – they stay updated and get excited for upcoming episodes! When we started Unleashed, it was a podcast that had dreams to go bigger and now, we’ve almost achieved these dreams that we had envisioned, such as the tour and the feeling that fans get when a new episode is on its way!

– You just mentioned that it was a dream to get bigger, but did you ever expect it to get this big?
No, definitely not. I had the idea of doing this and I knew it was a plan that could work but pulling it off has been a big achievement for the Unleashed team. Also for the fans, I get messages from people who started going to parties because of unleashed and this was something that we wanted to achieve! It’s great to bring something to the scene.

– Can you talk a little bit more about how this concept has come to life so quickly? Maybe roles of other people involved?
Yeah of course! In the beginning I had the idea and when I signed with A2 Records I laid it on the table and they really liked it. At the time, we had a plan for the podcast and also merchandise and when I presented it to my manager, he was really excited about it!
We assembled a ‘team’ because to be able to pull off everything professionally, more than one person is required. There’s a lot of creative discussions and brainstorming sessions with the team and we also have a group Whatsapp to discuss day to day situations. It takes a lot of time and preparation and you can see that in the final result!

In terms of the show, my job was to produce music and keep my eye out for new music throughout the month as well as composing the show. On the Tuesday I compose the show, the following day I deliver it to the designer for graphics, then it is uploaded to iTunes and YouTube before it is aired on Friday!

– So let’s talk about some of your older productions a little further. I was listening to your album “Escape From Reality” the other day and I couldn’t help but notice how much your sound has changed. What do you think when you listen back at your old stuff?
When you’re a producer listening back you always think “What the fuck was I doing?!” At the time the album was a big achievement and that sound was really cool at the time, but four years later I wouldn’t make those choices again mainly because I’m more experienced and have grown a lot with my productions. Saying that, I really like my old stuff too and as a producer you should never disgrace your roots.

Even in my sets today I still enjoy opening with one of my older tracks because that’s the music that got you known in the first place and I think that a lot of fans want to hear that old music again too!

– Did you make a conscious decision to produce raw music or did it just happen over time?
If you listen to some of my older stuff such as “Dark Symphony” and “Bring The Funk” those tracks were both really hard at the time – we didn’t even know what people would think when they heard it! From my experience, I feel as though I’ve always made the same music, it’s all hardstyle! Saying that, I do like to focus on the raw and hard side because I’ve liked that since the beginning, however I still want to make accessible music and something for everyone. I don’t want to be the hardest because I don’t need to be – I just want to make party music!

– Just a little bit more about your Supremacy anthem – what does this event mean to you?
Well, last year when I played there it was insanely good for a first edition! At first and before I played there I didn’t know what to expect, however the show was incredible and the vibe was great so when they asked me to do the anthem for this years edition, I immediately said yes! I already had visions of how I wanted the track to sound and all in all I’m more than satisfied with the end result.

– As one of the front-men for A2 Records, can you talk a little bit more about the labels new concepts and what it’s like without Ran-D and Adaro?
First of all, I found it very difficult in the beginning because they’re such close friends but I still talk to them on a daily basis and see them regularly! Of course I’m not happy that they’re gone from the label but I’m happy that they’ve found something that works for them. We always offer each other advice and feedback when it comes to music, the only thing that’s changed is that we’re on a different ‘team’ so it’s good to have a bit of healthy competition.

As you mentioned I am one of the front-men along with E-Force, X-Pander and Alpha2 which opens up a lot of new possibilities for us and also for the new names, such as Hard Attakk. With the A2 Records ‘Unstoppable’ concept, we wanted to introduce the new team and let everybody know that we’re still here and cannot be stopped!

– Would you ever ghost produce for somebody?
I think I would but at the moment my busy schedule won’t allow it. To be honest, I’m not against ghost producing at all, if it’s good music then why shouldn’t it be showcased? There’s a lot of ghost producers who don’t want to be on stage or don’t fit on stage so that means a lot of really good music is going to waste! To go hand-in-hand there’s those born performers who can’t produce for shit, so putting the two together is logical. It’s good for the scene because good music is still coming out – that’s all that matters!

– What do you like to do in your spare time?
I recently brought a new Harley Davidson and riding it has become my new hobby – I love it! Other than that, I have two dogs and a wife, so I guess that’s a hobby too.

– When you started off your career in music throughout your younger years, what did your parents think?
My parents have been really supportive when it comes to me making music and have been a big influence on my career. Throughout my childhood I was always musically ‘busy,’ when I was 4 I got a guitar and when I was 10 I got drums; we even had a family band where my brother played bass and my father played guitar!

– If you weren’t a musician, what would you be doing instead?
I’d probably shoot myself! *laughs* Nah… I don’t know… To be honest I’ve never thought about it. When I was younger I didn’t know what to do – I tried various jobs such as working in computer programming and working for my Dad’s construction company but either were for me.

– Finally, what did you eat for breakfast?
Biscuit with chocolate sprinkles. It’s my daily routine, it’s quick and tastes good!

Thanks for chatting with us Mr. Unleashed! For the dedicated ‘Unleashed’ fans, your prayers have been answered because Digital Punk has just announced a fresh new line of shows! For more info or to find a show in your country, head to his Facebook page! For the rest of you, keep an eye on our page throughout this week for more raw hardstyle dedicated content! 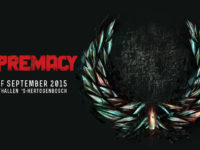 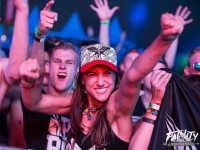 Underground To Mainstages: The evolution of ‘Raw’ Hardstyle…
December 5, 2016