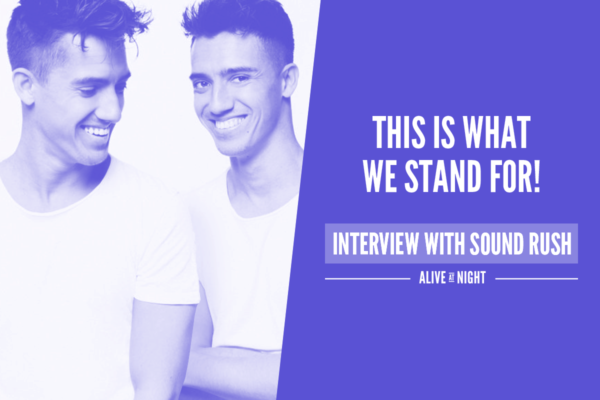 It’s been said that identical twins have a remarkably undeniable spiritual connection that runs a lot deeper than belonging to the same zodiac sign and in the case of twin-brothers Jeroen and Martijn Boeren this couldn’t be truer.

Assembling the exponentially growing act Sound Rush, these brothers have been on the steady path to success, as their careers have flourished to reveal milestones such as performing on the Defqon.1 Weekend Festival and Decibel Outdoor Festival mainstages, releasing a stream of chart-toppers and even gaining attention from the likes of Headhunterz and Wildstylez!

In light of Sound Rush recently revealing the news that they are next to take over the Hard With Style podcast, we decided it was time to catch these crazy twins for an exclusive interview!

– Yo guys, thanks so much for this interview and a warm welcome onto Alive at Night. First of all, are you guys excited for 2017? What are your plans and goals for this year?

We are definitely excited to say the least. 🙂 Over the last couple of months we’ve experienced so many personal highlights that we feel as though we’ve been launched flying into 2017! At some points our career as Sound Rush became quite intertwined with our personal goals and dreams, leading us to realise our true motivation. We’ve grown up with Hardstyle, and being able to add our own vision into the genre is exactly where we want to be.

Furthermore, the announcement of Hard With Style during December 2016 and the release of “The Final Enemy” right after the New Year couldn’t be a better indication of what we’ll be working on in 2017. 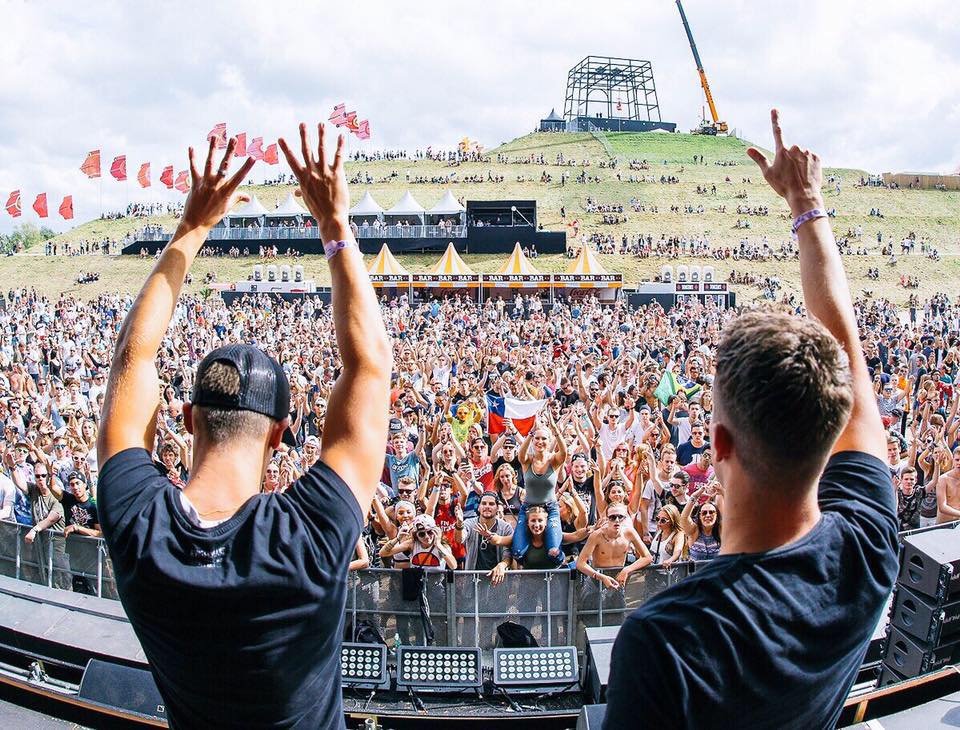 – 2016 was a spectacular year for your careers; can you give us a quick rundown of your journey throughout the year and some of your best moments?

Performing on the Defqon.1 mainstage was of course something we will never forget. For your entire life you dream of doing something like that, and for us, this goal is in the same category as winning the lottery. Bit by bit, your career begins to move into that direction, and it’s surely more rewarding than winning the lottery because you’ve actually earned the opportunity to perform on this colossal stage.

Another highlight for us was the moment that “Lifetime” hit the #1 spot – it really was the best closing to the summer we could have wished for. Also performing again on the Decibel Outdoor mainstage was magical, as well as playing at The Qontinent, Dreamfields and Mysteryland – there’s just too many highlights to name.

To finish off the year, we suddenly received the news that the musical ideas and direction we had been aiming for caught the attention of the Hard With Style team, which we’ll talk about very shortly.

– Speaking of Hard With Style, can you speak a little more about the hosting and how this opportunity came about?

During our sets we’ve been incorporating tracks from the time that Hardstyle came into our lives. If you listen back you’ll hear at least one classic from the 2007-2012 period in every performance we have ever done. This sound has been a huge influence for us; we have been producing a lot of tracks that were include reverse bass as well as older-styled melodies and vocals. We like to combine these classic elements with the euphoric style that has thus been our trademark. “The Final Enemy” was eventually the track that caught the attention of one of our biggest sources of inspiration: Headhunterz.

First we only discussed the release of this particular track, however when the Hard With Style team heard that we had more music that was inspired by the 2007-2012 era and that we wanted to commit ourselves to this ‘new’ sound, the conversation grew bigger. It was exactly like we always hoped these talks would be going; driven by music and new ideas.

– What will Sound Rush bring to the show?

Apart from the above mentioned sound that we stand for, we want to continue the legacy that is Hard With Style. The show has always been cutting edge with track premieres, blending different styles and never being afraid to showcase good music; whatever the story or type.

– Although there’s nothing like the ‘good old days,’ isn’t it important that Hardstyle should continue to evolve and move forward?

Yes of course, and let’s not forget; this time will eventually become the ‘good old days’ for the people that now begin visiting Hardstyle events and becoming involved with the genre. It is a human trait to remember the past in a better version than it actually was and when you first enter this scene it is beyond what you could have dreamed for. Seeing the artists who you’ve been listening to for a long time performing live and experiencing the parties first-hand is a lot better than watching it on video.

But at the same time, music has always been influenced by older music, which is similar in the fashion or film industry. And the music we now want to stand for is only inspired by the 2007-2012 age; the production process, the sounds and the way the track is built up are completely different from back then. We feel it is just better to listen to those tracks for inspiration instead of a lot of music that is made nowadays. However, we will continue producing the music we’ve been making for the past couple of years; our euphoric sound is what comes from us naturally. It’s always great to hear that people can recognise the enthusiasm we put into our tracks.

– There’s been a few pictures surfacing online with Headhunterz. What have all of these meetings been about?

At first these photos were taken at moments where we just bumped into each other. As he has been a huge inspiration for us, we just asked if we could take a photo with him. However, on later occasions we started talking about music and our individual careers. He gave us a lot of guidance and new ideas; during these moments, we found out we still have so much to learn and it motivated us a lot. 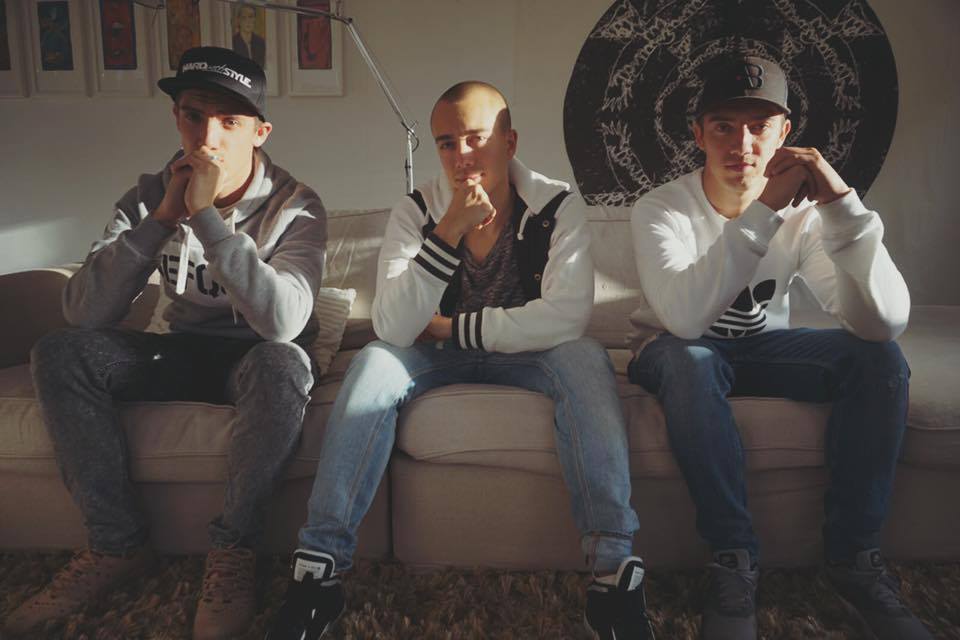 – You even had the honour to remix Headhunterz and Wildstylez legendary track “Project One” – how did this remix opportunity come about? And how has the response been so far?

We started the remix mainly because we really liked the original and it’s one of our favourite tracks, however when we sent it to Joram (Wildstylez) he replied that he and Willem liked it so much that they might include it during their set as the only track they didn’t completely produce by themselves.

– What are your thoughts about Headhunterz and Project One’s ‘return’ and what will it do for Hardstyle?

Project One has been a revolutionary force in Hardstyle in so many ways. The way they produced such an incredible album in such a short period of time, the entire concept, the artwork, the tour – everything! All of it became a reality after two incredibly talented artists simply had a spontaneous creative ‘spark.’ Project One are of the music industry’s finest examples on how art is made and a big contrast to the ‘projects’ created nowadays.

We hope that their return will do the same for the Hardstyle scene as did has back then. We are happy for all those people, including ourselves, who at last had the opportunity to experience a performance by them.

– Sound Rush isn’t particularly a name that’s in the ‘talent’ category anymore. For you guys, when was the moment that you realised this?

Well that realisation might have just come now. The past couple of years have been a ‘rush’ where we just experienced one dream after another becoming a reality. Suddenly, we found ourselves in the middle of people we’ve looked up (and still look up) to for a big part of our lives. The first time we experienced fans standing before the gates and signalling us over for autographs and photos was really special. The moment we realised that this was a culmination of our efforts was truly incredible. 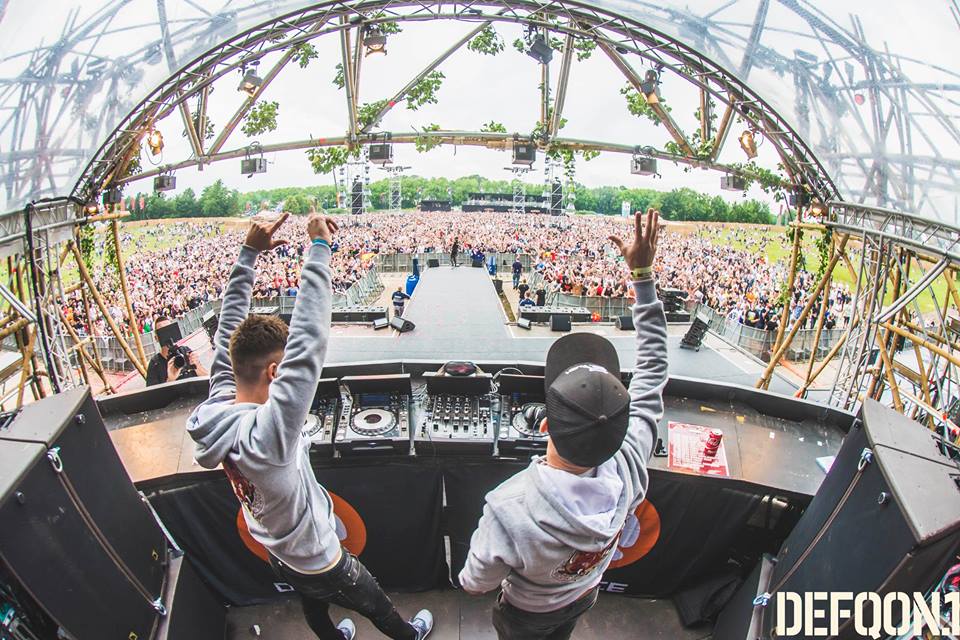 – As brothers and identical twins, what is it like to work with a relative?

For us, it’s a big advantage as we can tell each other everything, both positive and negative. Because of this climate between us we hardly have any arguments or fights. We are not just brothers; we are best friends and we have been for our whole lives. We know every good and bad characteristic of each other and we take this into account whenever we do something together and because of this we can work swiftly and effectively when producing music. We also that this dynamic is displayed on stage; we are cooperative and have a lot of fun whilst performing.

– You guys are firm representatives of the melodic sound; what are your thoughts on the ‘melodic’ productions being released nowadays? And what are some things that need improving?

Hardstyle nowadays is mostly made with the same formula in mind, over and over again – this goes for both Raw and Euphoric sounds. Euphoric Hardstyle is often too dependent on the vocals used, which are often just top-lines. And Raw is basically just a race to create the hardest and most distorted composition; it can be fun if you want to relieve your stress after a bad week at work, but it’s important to focus on the musical aspects first.

We’re extremely happy to see much more demand for Hardstyle that embodies the 2008-2012 era and contains melodies, but is also energetic and dance-floor focussed. That is what we want to stand for; melodies, but powerful music that people want to dance to. “The Final Enemy” landing the number 1 spot on Hardstyle.com is proof for us that we are on the right track.

– You guys have a couple more releases coming up – can you tell our readers a little more about them?

We have another release coming up on Hard With Style at the end of January, titled “Gods.” We also have “Live Forever,” which will be released in two months on Q-dance Records. Both of these tracks really follow the direction we want to go in.

– Nowadays, social media and online marketing is extremely important for artists and getting music across to the audience can be difficult. What are your thoughts on this?

Like most things we take the positive approach and we are always happy to connect with our fans. It enables us to listen, discuss and share our ideas on music and life in general. And besides, our handwriting isn’t very good, so we’re just happy that we don’t have to communicate with our fans through letters, haha!

The clue for us is to be spontaneous; if we have an idea we put it online as soon as possible. If you start thinking about it, you might not put it online or find yourself editing it too much.

– What’s one fact about you guys that our readers and your fans don’t know?

We are actually identical triplets. This enables us to go on long vacations in turns. 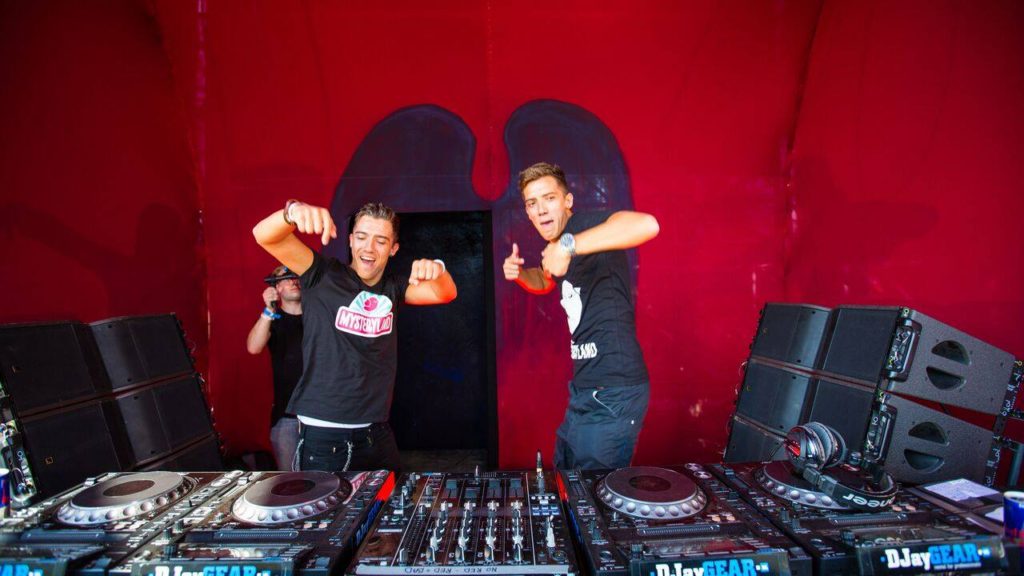 – Finally, I think you know the drill with this final question… What did you both eat for breakfast today?

The same thing we eat every morning Cassi… Try to take over the world!! Ehh… Nah, we had cornflakes…

A huge thanks to Sound Rush for letting us pick their brains! We’re all extremely curious to see how their amalgamation of classic and euphoric Hardstyle goes down in their forthcoming releases. We wish the guys all the best for 2017, especially with their latest career ventures within Hard With Style! 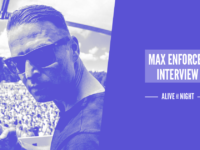 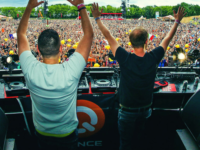 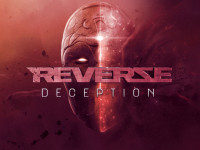