“They say hard work pays off, so that’s what we’ve been doing” – An insight into Australian Hardstyle 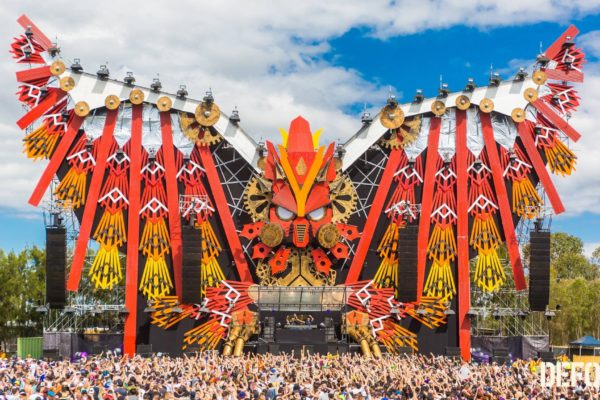 “They say hard work pays off, so that’s what we’ve been doing” – BLN

Over the past month 20 of Australia’s finest producers have been taking part in one of the Australia’s most innovative social-media campaigns. The Road to Victory is an initiative overseen by Noice Management to further connect and align both the producers and listeners of the wider Australian Hard Dance community. Here at Alive at Night we decided to pick the brains of just a handful of these talented producers to give you an insight into what they think of the Australian scene!

The Road To Victory: Episode 1

“It’s only getting bigger. Other genres come and go but Hardstyle sticks around” – SynthSoldier

So, what is the state of Australian Hardstyle? Well as SynthSoldier summarises, “It’s only getting bigger”, and with the amount of Australian artists performing at Defqon.1 this year It is hard to say that this statement is incorrect. Being the mecca of all Hardstyle events in Australia, Defqon.1 is the perfect opportunity for both upcoming and established Australian producers to put on a show and prove their worth to our scene. With the UV stage dedicated to Australian Hard Dance Music and the Purple stage being the battlefield for both of the Defqon.1 DJ and Producer Competitions, there is no doubt that Q-dance is putting a strong emphasis on local artists. The immense support Noice Management and Q-dance is showing these locals directly correlates with the growth of our scene. With more Aussies than ever on the biggest stages of Defqon.1, it gives our home grown heroes the opportunity to reach out and connect to the broader Australian Hardstyle community in ways they have never been able to before.

Music should never be too predictable. I try to keep things interesting as an artist and switch it up from time to time, and this might be a perfect example of that… I'm SO psyched to present to you my official remix for Geck-o – Surrender!

“It’s up to us as producers to shape the music, invent new sounds and new ways of presenting the genre” – The Khemist

Furthermore, with events like Masif running every weekend in Sydney and HSU events bringing the biggest names in the industry to play for 18,000+ crowds twice a year, there is no doubt that our scene is snowballing with momentum. On top of this, organisations such as Hard EDM Brisbane, Project Hardstyle in Adelaide and Hard Kandy in Melbourne are all contributing immensely to the overall growth of Hardstyle nation wide, regularly hosting top-of-the-line artists from Australia and abroad which is cultivating unique local communities that are bursting at the seams with passion and dedication.

“We should strive for individuality. Being unique is crucial to developing yourself as an artist” – FMNT

2017 has seen a major shift in the way Australian Hardstyle producers approach creating music. With the scene rapidly changing our home-grown heroes are constantly pushing themselves to create new and innovative sounds. We have already seen a multitude of producers breaking out of their moulds and creating music that isn’t just tailored to their specific “genre”. Whether its young-gun Firelite combining forces with Raw heavyweights Fanatics or SynthSoldier creating a tantalisingly experimental remix of Geck-o’s track Surrender, Australian producers are at the very forefront of innovation and experimentation. This trend of having an eclectic palette when it comes to production is something that is quickly becoming a distinguishing characteristic of Australian Hard Dance Music.

Last week i got to head down south to Academy Club to headline their hardstyle night! Such an awesome vibe and an awesome club. I'll be playing a couple more gigs before September's #DQAU17 and after that we party at ESI – Epic Sounds Industries! Watch this video for an insight on my road to Canberra!#TheRoadtoVictory #TRtV #Defqon1 #AussieHardstyle

As the pool of Australian producers grows, so to does the competitive nature between them. This competitiveness is one of the main driving forces behind the growth and progress of our scene. In saying this, It is a competitiveness with prosperous outlooks. A competitiveness that sees producers looking to inspire and collaborate with each other instead of undermining one another. From talking to the producers it is clear that there was some a form of negative competitiveness not too long ago, however that mentality was reshaped and now the Australian scene is as connected and intertwined as ever before. This is visibly evident by the constant promotion and support each artist is giving one another on social media as well as the response and feedback they are receiving on their latest releases.

“We should also be looking to grow ourselves internationally” – Firelite

Ultimately, The Road to Victory is a firm step in the right direction for Australian Hardstyle. We have seen rigorous social media campaigns from each of the participants and it’s resulting in a connectivity between Aussie artists and fans that we have never before witnessed. Whether it’s from the interesting ways our producers are interpreting music production or the healthy competitive nature they are breeding one thing is certain, Australia is on the rise.