The birth of an underground movement – The Opposition [ALBUM REVIEW] 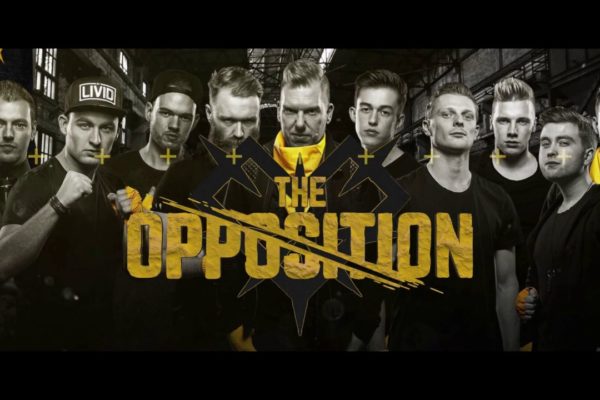 The birth of an underground movement – The Opposition [ALBUM REVIEW]

YES! One of the most innovative live-acts to hit the fan these days are current with their very first album! And with it, comes the release of a handful of tunes that every Theracords fan has been waiting for. Beatfreak, Invector, Psyched, Project Exile, Resist, Retaliation, Thera and the latest prodigy within extreme Raw Hardstyle, Caine, have all joined forces and together as The Opposition, they’ve released their collaborative album. Containing 16 tracks that shed light on all corners of Hard Dance music, this album also displays the diversity of the live-act itself.

The Opposition has already shown the world its mettle at Beat the Bridge and Rebirth this year, both times diversifying the artists performing under the live-act’s name. They promise to keep this up by constantly performing with a surprising, interchanging group of artists every time. This calls for an interesting experience each time. 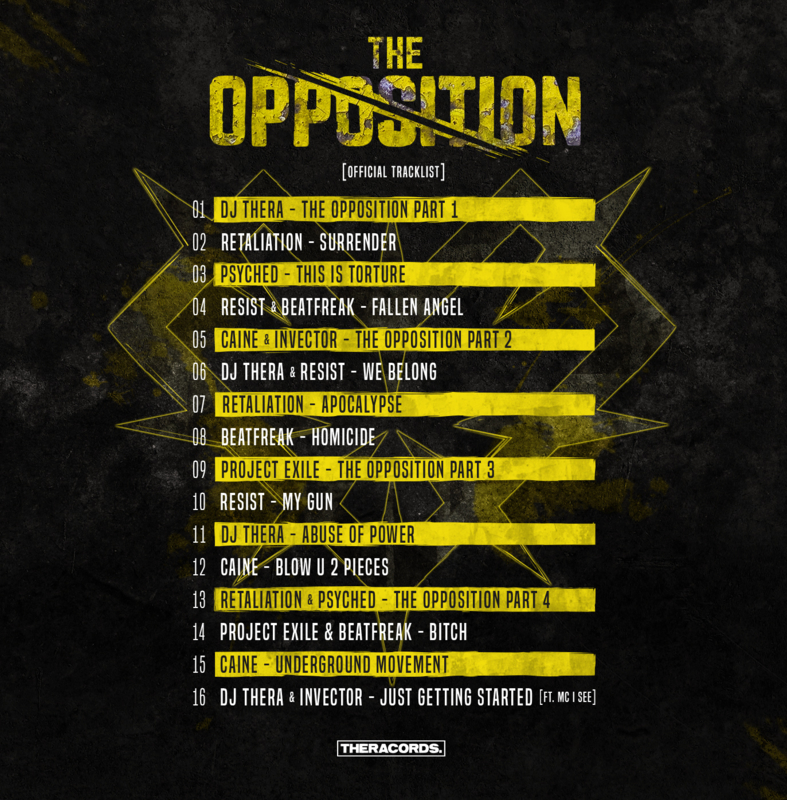 We are just getting started as one of my favourite tracks on the album so fittingly puts it, but before we present to you our favourite tracks I just want to add that it was incredibly hard for me to narrow it down to a few tunes. But here it is, my rundown on my top 5 of the album.

Being newcomers in the scene, I gotta give ‘em this – “Fallen Angel” is a solid production. Euphoric and raw at the same time is a hard nut to crack these days, but it’s got that Theracords style all over it, making this number that whole lot better!

“We spent our life searching for the sense of belonging. When all along, we did belong.”

With an eerie melody and a hard kick, a track can go a long way. This number also offers an intense atmosphere that brings me back to my early years of listening to Hard Dance music – thus, a sense of unity.

Who are these guys? Never heard of them, but this orchestra of destructive kicks makes for an aggressively banging track. This duo are definitely ones to keep on the radar.

This track is massive; with its gated kicks and industrial sounds this track made itself my personal favorite on the album instantaneously. A while in during the track a schranz like break sets in and it fits so well to the track. Truly a masterpiece of destruction Caine!

The name alone seems to imply that we haven’t seen the last of The Opposition, which after having heard this collection of tracks, is definitely something we’re looking forward to. With hard kicks, very few breaks and an early Hardstyle influenced melody, this track is one we will remember for a long time…

As I mentioned earlier, there was so many good tracks on this album I actually had some trouble to compose a top five. For instance, I really like ‘Bitch’ by Project Exile and Beatfreak as well as the smashing track by Resist, ‘My Gun.’ I could go on and on about how many fantastic tracks this album brings to the table, but I guess somewhere along this review I have to set my foot down and leave the rest to you readers.

We’ve seen a lot of Raw Hardstyle albums this year, but this one has to be one of the most old-school and underground ones yet. Little to no breaks and a lot of influences from the past turns this album into a cornerstone of innovation in an otherwise very repetitive sub-genre.

Marketing for the album focused primarily on social media channels, with short previews released on a weekly basis. There was also a release-party in Tilburg, which was held in a small, underground venue. Another clever addition to the album was the heart shaped structure on the cover art; this somewhat resembles the legendary heart in the Theracords logo, except with a more aggressive tone to it. Consistency within the established lore and marketing is a nice detail to have in mind.

As an amateur reviewer I find it both fun and challenging to put my hammer down and leave a verdict on other’s works, because I want it to be as just as possible but at the same time give an honest verdict. I’ve gone and on about throughout this review how I couldn’t narrow it down to only 5 good tracks, and that ultimately it has a lot of productions I will keep listening to for a very long time. Another great element here is innovation and this album feels like something out of the ordinary in this year’s collection of Hard Dance albums. 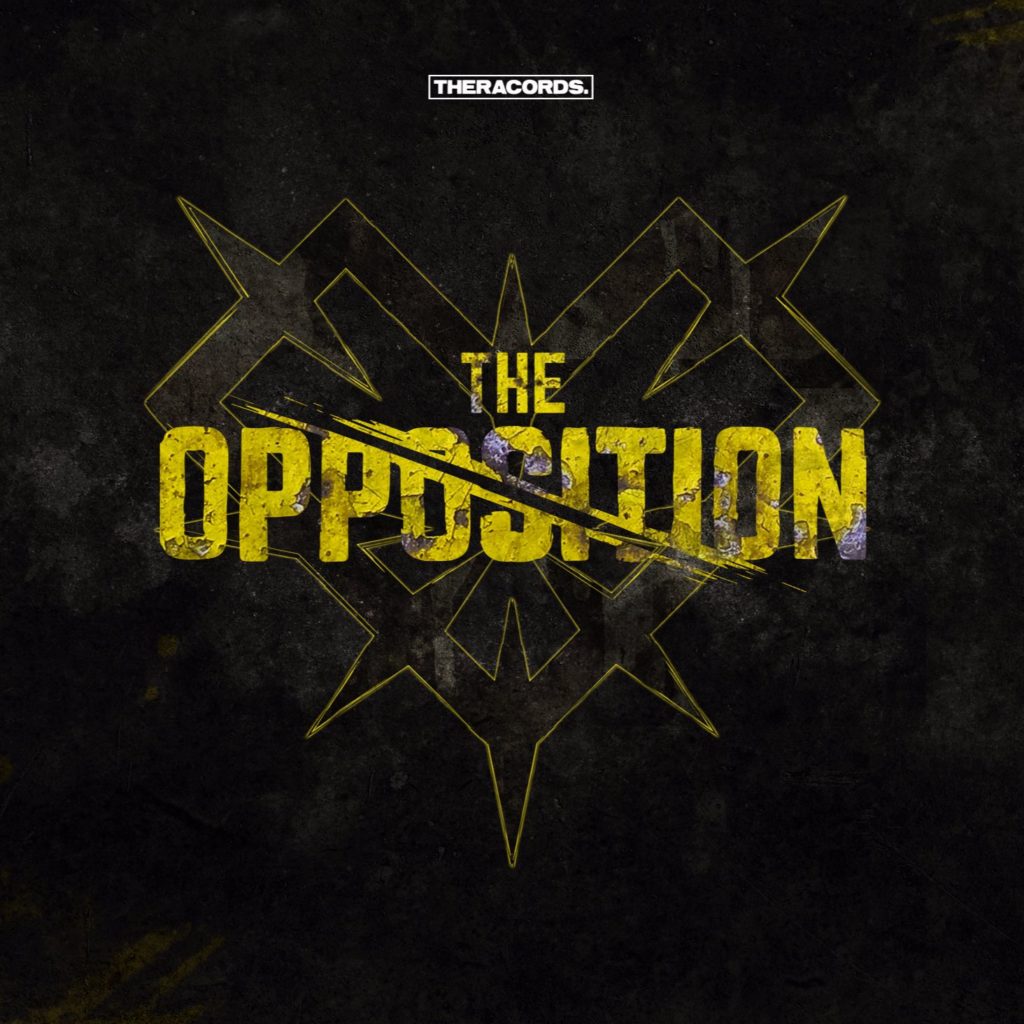 On an interesting sidenote, I myself had some trouble finding my favorite tracks on this album, was it the same for you? Tell us your favorites in the comment section!