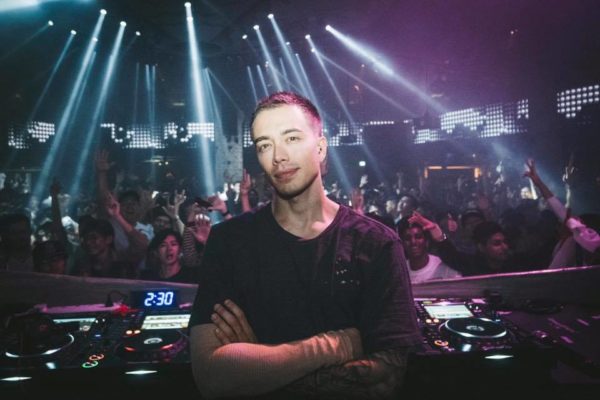 Tomorrow afternoon, tens of thousands of devoted Hard Dance fans will conjoin and unite on the sacred grounds of Biddinghuizen for the wildest annual family gathering! The time we’ve been waiting for since last year has dawned, so gear up for a wild weekend filled with serious dancing, drinking (or ‘cooking’), socialising and radiating passion for the harder styles.

Now, with last years’ re-appearance of Headhunterz on the colossal RED stage, and the many rumours flying around online concerning the possibility of another majestic return, we thought, hey, let’s throw it back to one of his legendary productions. As one of our all-time favourites and one of the most widely loved Hardstyle tracks of all time, our #TBT goes to none other than “Dragonborn.”

It’s hard to imagine that it’s been five years since this beauty was released; I mean, come on, this legendary track is STILL one of the most widely-known modern classics and it always manages to leave festival visitors shattered when it’s dropped. As one of Heady’s finest productions, many devoted fans of today can actually confirm that “Dragonborn” is quite possibly one of the first Hardstyle tracks they’d ever heard.

Let this number serve as your ‘packing’ soundtrack for this weekend’s adventures!