Talking “Chords,” EDC Vegas, and the progression of American hard dance with Pulsatorz. 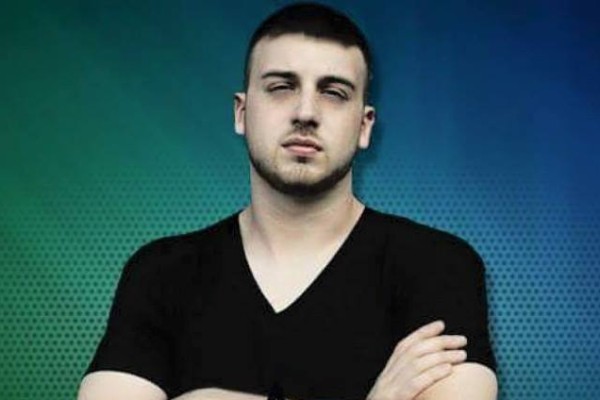 Talking Chords, EDC Vegas, and the progression of American Hard Dance with Pulsatorz.

I decided to sit down and talk with Pulsatorz on his move to Scantraxx, his music, playing EDC Vegas, and the progression of North American Hard Dance. This is the result:

Yo Pulsatorz! Thanks for taking some time to talk with us today. For those who don’t know you how about introducing yourself?
What’s up world, I’m Teddy aka Pulsatorz. I’m 27 years old and have been listening to Hardstyle since I was about 16. I Have played it for about 9 years now and have been producing for about 3 years. I’m from NYC (Astoria Queens REPRESENT!) and was a VERY big part of bringing Hardstyle into the North Eastern region of the USA with my old Event Production Crew “Hardstylerz USA”

It’s been a LONG journey and I have LOVED every second of it!

Where did the name Pulsatorz come from?
Pulsatorz was originally 4 people, Charlie Ashby aka Arterial, Anthony Ciminera aka DJ CiM and Tom Cropley #InTizWeTrust. We had to bring the group down to just me due to issues for bookings. Production equipment isn’t cheap and I needed to get us some good gear. Since I have been around for a pretty long time we all came to the decision that I will be the one to keep the name going. I had built it up and was not going to start over. We all still work together since we all invested in studio equipment equally and we are very close friends to this day. We meet on a regular basis and work on each others music, I couldn’t do this without them! Since the split I’ve had the pleasure of playing in NY, Miami, LA and EDC Las Vegas Basscon Stage along with releasing my track “Chords” on Scantraxx Silver. 2015 was a HUGE year for me and I can’t wait to see whats in store for 2016. I’m working very hard and I wont stop till I reach the top! Even then I wont stop!

So, as an American artist would you say it was harder to get onto a label such as Scantraxx? And if so why?
No it wasn’t harder. Actually I think they are very fair and generally only care about good music. I’m sure if anyone sent them a good track they will take it. Big thanks to Rudy Peters for pointing me in the right direction!

After the great feedback, and success of your track “Chords”, you must be working on some new things. Tell us about your future plans, and maybe a few things you are working on:
I’m trying to work on a lot of stuff but I gave chords everything I had and it kind of left me in a position of having to start all over again. Inspiration is at an all time high but I couldn’t finish much. I’m currently working on a bunch of tracks and seeing which one will be the best to release next. I’m trying to keep an upbeat high energy type of feel in my music so expect club tracks and not much raw or euphoric.

You played at the world renowned EDC Las Vegas this year. What was it like?
That was one of the craziest feelings, best part about it is that my close friend Charlie (Arterial) was able to play EDC as well because he won the EDC Discovery Project for Basscon. I mean how amazing is that? We have all worked so hard to even get to that level and we BOTH got there! EDC itself was something I’ve never experienced before. I met so many people and experienced so many things I could go on forever. It was awesome that the DJ booth was the flame of Lady Liberty. Kind of made me feel at home since I’m from NYC and pass her every time I go to the studio on the Staten Island Ferry.

What was the track that got you into Hardstyle, and who are some artists you think are really killing it right now?
Tracks that got me into Hardstyle has to be Hardheadz- Wreck This Place (Showtek Remix), also Pavo and Zany’s set from Decibel 2005. I think everyone is pretty much killing it. Huge props to all my boys from North America killing it tho, Sylence, Mekanikal, Arterial, James Bayliss, Reactor, and pretty much everyone else!
With Basscon going strong as America’s premiere Hard Dance Event, who are some acts you would like to see hit the states for the first time?
I really want to see American Hardstyle be represented more but as far as over seas acts I’d have to say Atmozfears.

What tips would you give to up and coming producers when it comes to being successful?
HIT ME UP! Be United and support each other, we all have to help each other and I’m all about that! I try to help as much as possible as long as you have a general knowledge of production and sound design, I cant teach you how to produce but i can try and point you in the right direction! 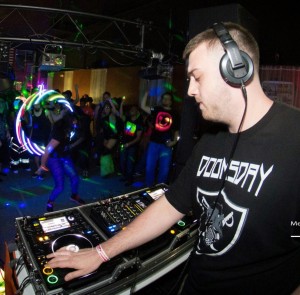 I want to end this with a shout out to a few of my people Madison, Leo Corson, Charlie, Tom, CiM, Sylence, Mekanikal, Sogma, Hard Dance Nation, Scantraxx, Adrenalize, Rudy Peters, Audiotricz, and QSA. You have all supported me and I wont forget it!

Thank you to Pulsatorz for taking the time to speak with us!