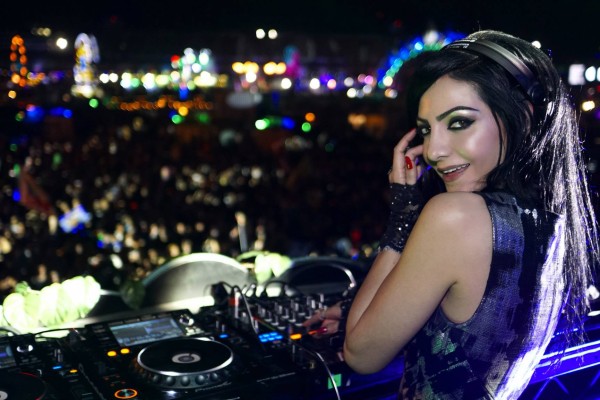 Sexism: It is a very sad, yet all too true reality in not only Electronic Music, but the world. Most times when a new, amazingly talented, gorgeous and badass FEMALE artist appears, people are quick to say “Oh she must be dating the label owner,” “she has a ghost producer” and so on… We’ve seen prime examples of this recently with young talent Mandy joining Dirty Workz; as soon as the news was announced the Hardstyle world went mad, screaming “how did she come up so quick?” “Is she dating some one who’s a part of Dirty Workz” and some going to extremes and horrible lengths saying “she must have gotten on her knees for that release.”

Most recently, Miss K8 experienced an incident whilst playing in Italy, where fans were screaming “escile,” an Italian slang word, asking her to take her top off. A night so horrible and offensive to the major Hardcore queen that she has said she does not want to come back anytime soon. Why are people so quick to judge and quick to insult? When we see new young male talents, or new and unknown names coming up no one says anything, but these female artists get blasted everywhere.

In sight to this ongoing issue that resonates not only in the Hard Dance community, but on an everyday basis in any industry, I took some time to sit down with femme fatale Lady Faith, to ask her about some of her thoughts regarding sexism in the music industry. Here is what she had to say…

– Hey Faith! Thanks for taking the time to talk with us today. For the few who may not know you, why don’t you start by introducing yourself and when you starting working with Hardstyle?
The Lady Faith project began in 2009 and is still going strong today. When I first became a DJ/Producer, my passion was actually in Hard House and Hard Trance. I used to play in underground venues such as warehouses when the industry was kept in the shadows. After a few years, the genres I specialised in started to decline and Hardstyle began to take over. For me, it was an immediate love affair; the music spoke to me. The melodies were very powerful and the hard beat just blew my mind. Many experts in EDM have asked me to change genres, maybe to something like House and Trance, but I have never swayed from my love of Hardstyle and it’s likely that I never will.

– You’re a renowned artist with wonderful releases like “Moxie,” “Queen Bitch Of The Universe” and “Donyaye man.” However, as a female artist, sexism is all too real. Could you give us some examples of your experiences with sexism as well as what you think can be done to combat it.
Thank you, you are too kind. Sexism is a part of many music genres, but I guess it is especially prominent in the world of EDM. I don’t really want to get into too much detail, but I would say that the fans should just look at the lineups at their next event and see how many women are playing on the main stages. Most likely, it’s not very many.

In America, major components of the fans are female and that has a lot to do with the active female performers. I think it adds a certain spice to the events and makes them that much more enjoyable for everybody. I think the European Hardstyle scene could benefit from more female DJ’s performing and growing their talents and experience. Over the long-term, this should provide more stability and help to bridge the gap between the male and female ambassadors of the scene. 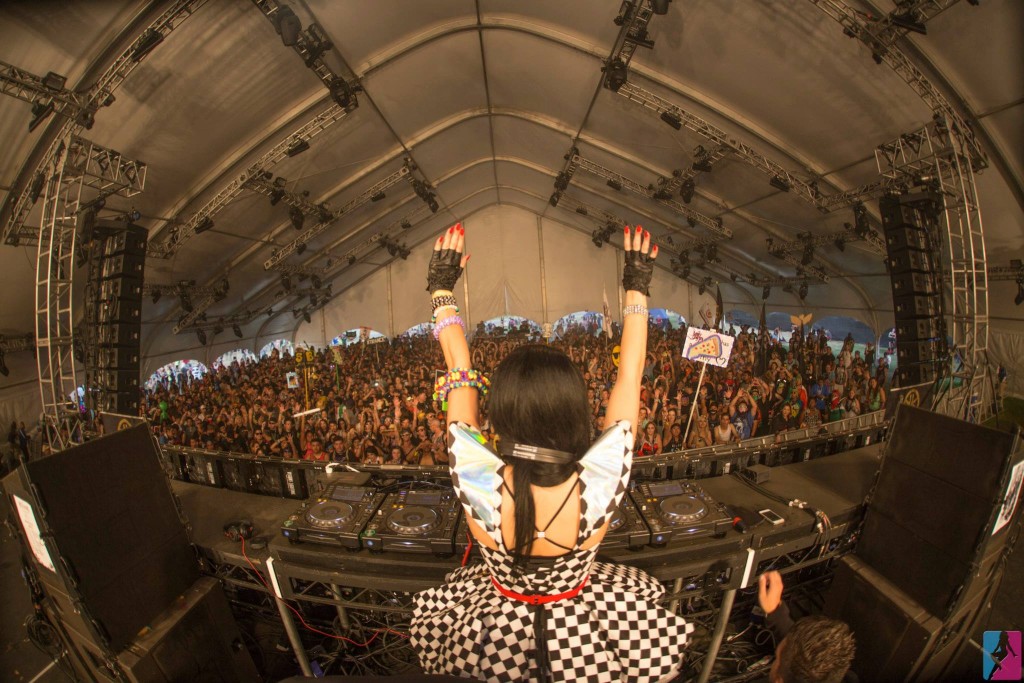 – Frontliner recently was asked why there are so few female artists in the DJ mag top 100. To which he replied “Because maybe they spent too much time in Sephora, and too little time producing.” What do you have to say about this comment?
Barry is a fantastic DJ/Producer who I have performed with multiple times. He is a jokester and I am sure this comment was just his attempt at being funny. As a female DJ, you have to have very think skin. Unfortunately, there is some amount of truth to his words and I think that is why things are getting blown out of perspective. As a female DJ and producer, you are expected to not only perform and produce at an elite level, but you are also expected to look the part on stage. I would love to see Barry manage long hair, handle makeup application or even to perform in high heels. I wonder how he would react to the outrageous prices he must spend on clothing because his fans demand that he looks amazing every night. My point is that the female DJ’s have additional responsibilities that many of the men are able to simply avoid.

As for the production side of things, being a producer is a very complicated task and for many women, they do not get the same opportunities to collaborate and learn from men who often look down on them on a professional level, making an already complicated task that much harder. My feeling on the matter is that many male DJ’s should spend more time refining their characters and their acts and spend less time in the studio. The fans are not paying to watch you produce. They are paying for the live performance on stage and many of the guys don’t seem to fully grasp this concept. It would be nice if it was not just assumed that if you are a female in the business, you are doing nothing more than “shopping at Sephora” and having other people create your tracks. Still, there are no shortcuts in this business. Everybody has their own challenges to overcome. There are no guarantees of success and the fans are the judge.

– For all the uprising female artists, and women in the scene, what would you like to say to them concerning these issues?
I don’t expect anything to change. Develop thick skin and make sure you have your priorities straight. The male DJ’s don’t get you bookings – the fans do. Keep your self respect and don’t waste time looking for acceptance. It’s a cutthroat business and definitely survival of the fittest applies.
– Last but not least what did you have for breakfast. And if you drink wine, which type do you prefer?
LOL – I don’t eat breakfast and I don’t drink wine. I am kind of a late riser so I am more of a lunch person and when I drink, it’s always Grey Goose.
Thank you again for talking with us today Faith, we’re thrilled to have your opinions on sexism and hope that you keep up the great work. Secondly, congratulations on your upcoming release on Hard With Style and we look forward to seeing you around soon!
Share on FacebookShare on TwitterShare on Google+


A article about sexism and your last question is if she drinks wine? How is that not stereotype?


Erik thank you for voicing you concern. If you look at previous interviews you would see that it is a common playful question AAN asks after almost every interview. To keep things light and true to our journalistic nature of the blog. 🙂


Erik, maybe it was a question posed to prove even that stereotype wrong.


yeah, but Andrew Bullett produces her tracks, as he likes to show off to others about it.


EVERYONE gets insulted online (as long as you are a content creator. The best example are the let’s plays I did a couple years back. 3 of the 4 comments were negative.)