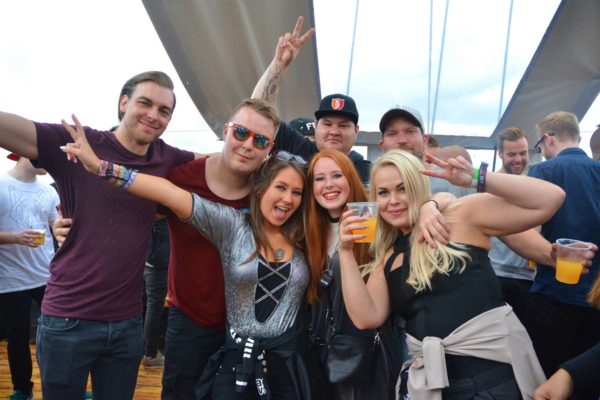 The dedication to Hard Dance is strong here, on a boat sailing on the outskirts of Oslo. Here, nobody has come for any mere mortal desire, such as getting wasted or to getting laid. Here, ravers have attended such gathering to dance to their favourite musical styles, devoted and together. I have traversed many raves within the Hard Dance community, from Belgium all the way up to Sweden, but never have I been to a party with such an amazing vibe as this one – and it’s on a friggin’ sailboat!

As a group, we drove from Gothenburg in Sweden to make it to the party. One of the DJs was a part of the journey as well, with me being the driver. When I go somewhere, it’s always destined to be last minute and this was no exception. We raced our way up to the Norwegian border and beyond whilst blasting Hardcore to the max. Once we arrived there, I could finally catch a break and have some drinks… This inevitably lead me to consume a lot of drinks in a very short period of time, since the party was about to start in about 30 minutes. 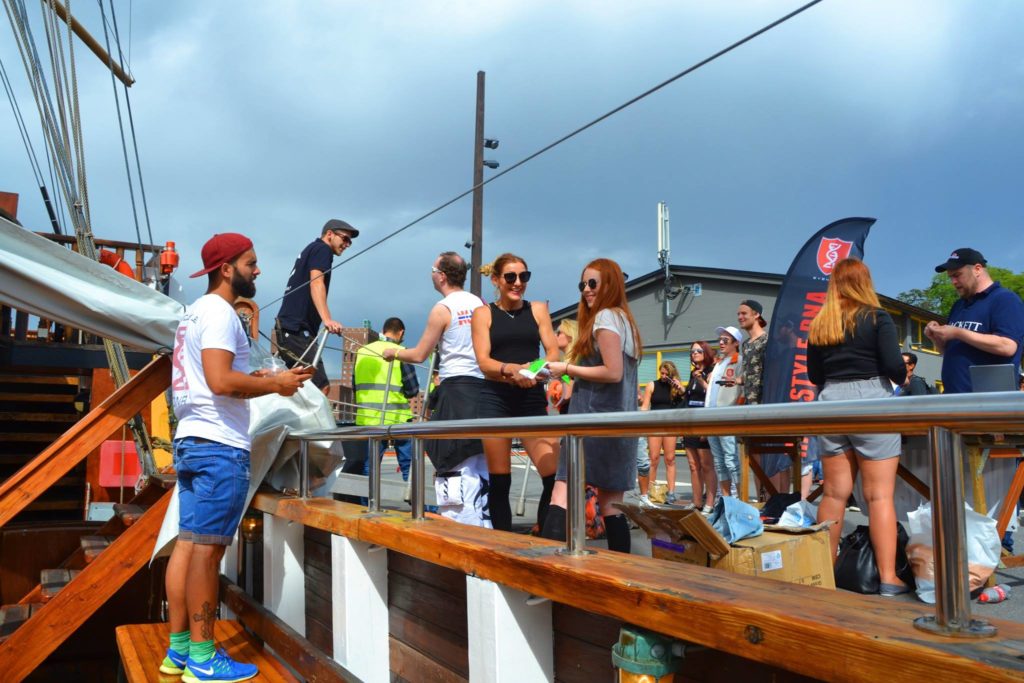 As soon as we jumped onto the boat I met a Dutch friend, who came all the way from Tilburg just to attend this specific party. He told me he was going to the bar to get something to drink and asked me if I needed something and I humbly asked: “Do you mind getting me some water? I do believe I’ve had enough to drink already.” “Certainly” he responded and off he went. A few minutes later he came back with an evil grin on his face and a beer in his hand and said “Here you go, have at it” and it was at that moment I realised that this party was going to be a blast.

First act to hit the decks was Forever Lost, who set the mood in true Qlimax opening fashion with a whole lot of Reverse Bass tracks. If you ask me, this is the best ingredient to kick off a party where all genres are present. The crowd got up to it very quickly as well and the vibe was off the hook right from the start. (And no, there were no hooks on the boat)

My personal hero of Hardstyle got up behind the decks, one of the most open-minded artists within the scene hailing all the way from down under – Audiofreq! He played his recent piece ‘Stampede’ which had the crowd going completely nuts. He continued onward with a lot of classic tracks and an energy that is beyond what you’d expect from a normal DJ, but pretty much the regular passion that we always see with Sam. Amazing performance. 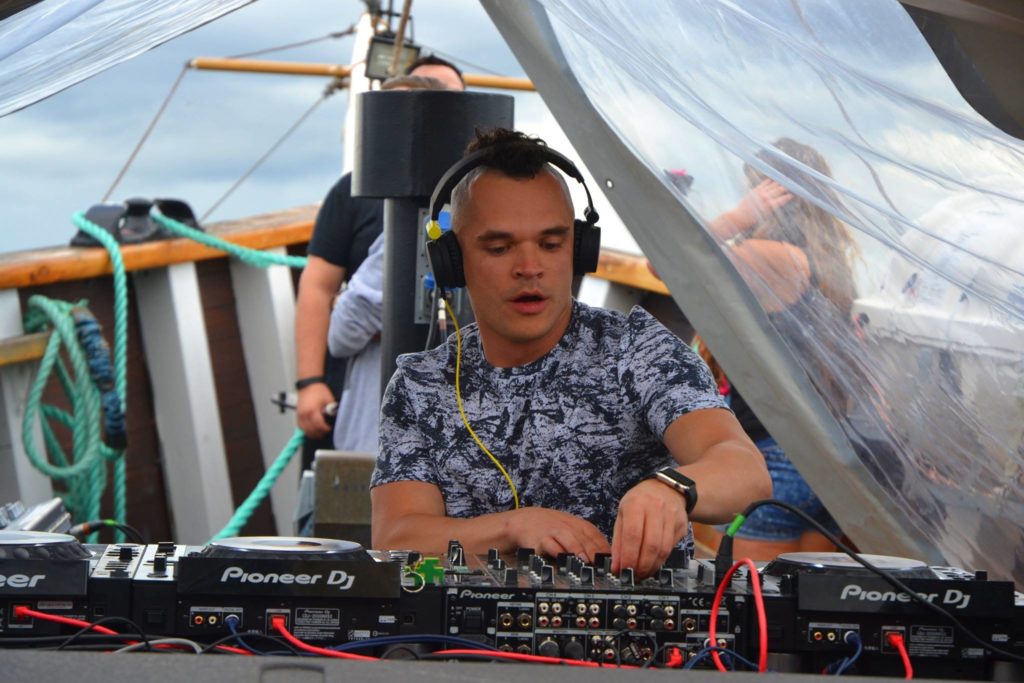 The Prophet jumped on afterwards, continuing on the Psy-style trend, and by now the vibe of the party had hit the LIT stage. He played some well thought-out classics from the Scantraxx record label and peaked it all up with Frontliner’s unreleased remix of ‘Sunbeam – Outside World’. This was no ordinary set; this was a set in true Hardstyle fashion. Not one with every bestselling track played one after another, but more so a set played out as a journey throughout the dance-floor.

I realised by now that if I was to make it through to the hardest part of the event I’d have to go get something to eat, and some more booze of course. I made my way to the bar and purchased a beer and some nuts and met up with some Norwegian friends that I hadn’t seen in yonks. Everyone was having a blast and after some catching up we all decided to get back to the dance-floor, by now the upcoming Raw Hardstyle artist Digital Destruction had blasted some filthy raw kicks and the dance-floor was like a symphonic opera of Hardstyle warfare. This is a guy to keep your eyes on if you’re a fan of the darker side of Hardstyle, that’s for sure. 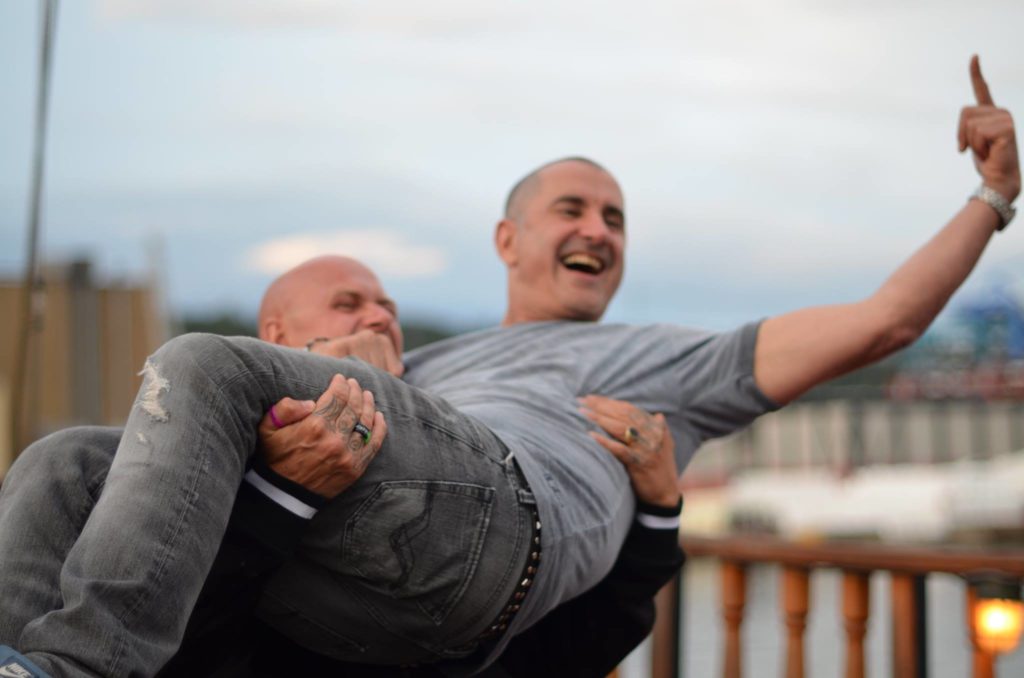 My buddy from Gothenburg, the Hardcore hero of Sweden Twin Psyko got up afterwards. This guy became the symbol of Hardcore for every Swedish Hardcore enthusiast in 2015, simply from his intense passion for Hardcore. Especially Hardcore on the up-tempo side of it all. One could think that going all the way up to 200 BPM after Hardstyle would be like stepping up your marathon running to that of Usain Bolt, but he actually nailed a pretty sweet transition. Playing mostly Frenchcore and Hardtek, which felt as such a diabolical combination on-board a sailboat – kind of gave that pirate feeling the trailer for the party had going. Plus, me being an insane Frenchcore fanatic I am, it was no surprise that I nearly burst into tears of joy.

To be honest, this day went by incredibly fast. It was one of those days you just look back at it and kind of wonder why the hell time had to slip by your fingers so quickly. I wasn’t alone about the hype either, everyone was having an incredibly good time, no matter where I went I kept seeing smiles and people full of energy. I could really see that everyone was grateful that there were events with their music all the way up in Norway, with such an amazing quality in its production as well, we’re not talking Gelredome sound-systems here but the sound-quality was truly amazing.

Not only did Norwegians travel hundreds of miles to attend the party, but so did a lot of Dutch people as well. I overheard several Dutch visitors speaking; as I’m studying Dutch, it became kind of funny to weigh in on their conversations! I actually asked myself a couple of times if I wasn’t just really wasted and actually was at a Dutch party, because the Norwegians truly threw down as the Dutch – maybe even a bit better. 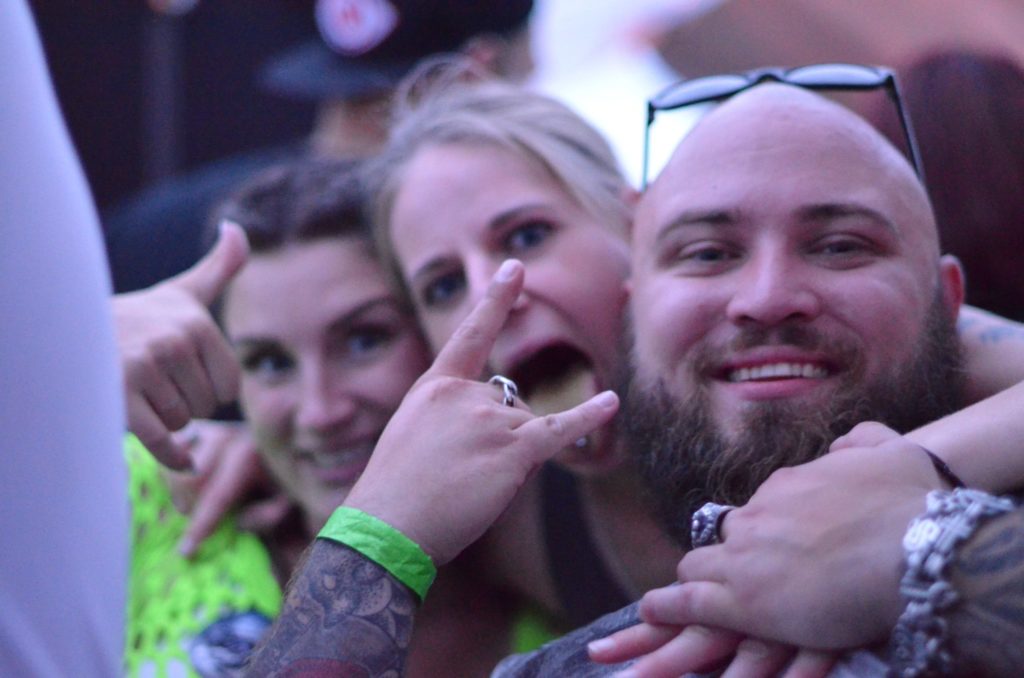 This truly was one for the books, and this is surely not the last time I attend a party in Norway. I am really keen on going back. Dedicated Hard Dance fanatics like me can rejoice and have a great time in a Scandinavian environment, with lots of… heh, Scandinavian women as well. Sorry to say it Holland, but you wanna party with some good looking girls than I’d book Hardcruise over Decibel next year. I was also told a rumour by the organiser, that next year they will be making things even bigger.. Only time will tell what that means but maybe we’ll see a fully-fledged cruise-liner, with nothing but Hard Dance? COUNT ME IN!