Relive Summer with The Summer Of Frontliner! The sunny skies of July and warm Summer air has transformed into premature sunsets and a crisp breeze that can lead you to believe that your limbs may fall off. The grassland venues that held thousands of pounding feet that would excitedly pound to the hardstyle beats are now barren and deserted, with snow draping over the grass that we once danced on.

We get it, the Earth has done its rotations and what we knew as the Summer of 2014 will never cease to exist again…

So what do we have to show from this Summer? It is all well and good to scroll through your festival photos and try to imagine the good times that you had, but there is nothing more powerful to tantalize memories than music to accompany them.

Who better to create a whole album consisting of the finest and catchiest numbers that tore through crowds than the main melodyman Frontliner? After working his way up to become one of the most respected producers, Frontliner has surely encountered a fruitful and successful music career so far. His unique style and personal vision on music led him to begin a unique and inspirational project called “The Summer Of Frontliner,” which should be self explanatory from the title. But oh, oh, oh, from the idea itself to the result of TSOF as a whole, it was so much more than that!

The man himself said that “When I got my new studio, ideas just kept coming and coming! They were so versatile that it didn’t feel right by putting them all on the same album, which is why I decided to start this project.”

So what did Frontliner do? He claimed the European Summer from the 21st of June until the 23rd of September by releasing one track every single week accompanied by video clips to match!

14 Frontliner tracks? I say, bring it.

So let us embark on this summery journey that will swirl up an array of nostalgic emotions and the intense craving for long days dancing beneath the sun.

The second track “TBA 2 (One More Time)” is truly one classic that is so ahead of the times of today. The supernatural sounds accompanied by one hell of a melody and powerful kicks is what sets this track as one heart-warming reminder of the summertime. This gem was tossed around many of Fronty’s sets and every single time it was blasted into the open air, the crowd never ceased to go absolutely fucking crazy! (Just slotting in a little personal opinion right here, but if I could marry and create offspring with a track, it would be hands down be TBA 2).

Track #3, “Wake Up” featuring MC Stretch is one of those tracks that really does wake you up. This one strangely reminds me of waking up in a tent at a festival after the pre-party with a slightly discouraging hangover. As the song starts off slow and rises to steadiness, despite the hangover, you wake the fuck up and kick off the party once again. Summer only happens once a year, so wake up!

What happens when a magician of the melodies teams up with a rawstyle heavyweight? Well, track 4 of TSOF is what happens! Being notorious for teaming up with B-Front, Frontliner tried something a little different this time as he teamed up with the notorious Radical Redemption to make some noise! With this track taking the very best out of the two producers’ sounds, there’s a reason why this track was one of the most anticipated hits of the summer. The heavy, pounding kicks and accompanied by the eerie vibes provided by the melodies really enraptures the best of both worlds!

Somewhere before halfway through the Summer’s festivities came “Beam Me Into Space,” which (along with TBA 2) is one of my personal favourites from TSOF. The upbeat atmosphere, intergalactic vocals and uplifting melodies are a match made in heaven in this track and can undoubtedly get even the saddest of souls edging towards the land of happiness. This song truly takes me on a spaceship, beaming me into the land of the unknown.

Track #6 sees two pioneers sitting in one studio, brainstorming an idea. An idea to intertwine the very best aspects of their sounds and create one slamming hit. Zany’s screeches set the peculiar tone with go hand in hand with a darker, atmospheric melodies. Although this track packs a slightly darker punch, it still ticks all the boxes of a perfect summertime tune.

As we reach the smack-bam middle of the summer – Enter MC DV8. By this time, some of us are becoming fatigued from the jam packed weekends of partying, the lack of sleep and our bank account beginning to look less than fruitful. So what do we do? Stop? Hell fucking no! “We Are Electric” brings the energy and ‘feels’ that we crave as we grab onto our closest friends to soak up the good times.

The next track, “Feels Good Right Here,” is also up there as a standout track of TSOF. Injecting every listener with a refreshing blast of summer energy, this smokin’ track means one thing – all feet report to the dance-floor immediately! This song is the one responsible for all of the rugged soles on shoes, yet responsible for that die-hard happiness that music brings to the soul. Truly powerful and unique, it perplexes me how Frontliner comes up with a ton of creations that are 100% authentic, yet catchy as hell!

“Our District” is the next track to take the stand and the melody in this one is seriously incredible! Although the atmosphere of this track is slightly less driven than some of the other slammers, this one is still able to be highly appreciated.

By track number 10, we have fought our bodies through countless weekends of dancing in the sun, through broken sleeps in festival campsites and through litres of vodka and Redbull. “I Wanna Give” is the perfect tune to wake up to, especially on a campsite. Although everybody around is showing signs of weathering, as soon as we hear some of Frontliner’s feel-good melodies, we invigorated and ready to dedicate our souls to one more day of dancing around crazily.

“I Can See The Light” featuring Jan Henk De Groot and Leonie Meijer is one truly inspirational track. The heart-melting vocals transport your mind into an unknown dimension of complete euphoria. The musical aspects of this track are overwhelmingly great as this track is more-so suitable for private listening.

Track number 12, AKA “Come To Me” begins off slower than some of the other tracks, however once the melody kicks in, the slowness is nowhere to be heard as this track is one hundred and ten percent enjoyable. It builds up to reveal a playful and exhilarating atmosphere with the ability to still capture that ‘rush’ of excitement. You will never expect this track to reveal what it does as it is one track that doesn’t even need vocals. With the passion conveyed and the creativity behind the computer, it unfolds to tell one special summer story.

As the trademark reasoning behind the concept as a whole, “Summer” is one unexpectedly great tune that will be stuck in your head all through the winter when you think back on some incredible memories. The uplifting melody can enrich any soul and the fast pace will keep your feet dancing, even in the frosty winter! This track has made its mark on many dance-floors worldwide and is the precise definition of Summer itself and also undoubtedly makes us wish that the warm months could last forever.

As September creeps around and the blazing sun is slowly weakening, university and school begins once again and the outdoor festivals are slowly coming to a halt, we realise that Summer has slipped away from us once again. There is a heavy pit in our stomachs as we drag our tired bodies out from that final outdoor festival and wave goodbye to the warmness, the late and beautiful sunsets with all that remains are those undying memories that will last a lifetime. “Heart Beating” marks the final hooray of the summer as we dance as hard as we can and party even harder to end those warm months with a bang! Accompanied by the beautiful vocalist Katt Niall, this track can capture even the hardest of hearts, injecting a comforting warmness to remind us that we are all united on this cyclic journey of life…

So as we replace our short skirts and dresses with jeans and jackets and the leaves on the trees begin to fall to the cold ground, our hearts are forever blessed with the memories that we created… Frontliner has seriously ticked all the boxes when it comes to creating some unforgettable summer memories with every single track delivered on “The Summer Of Frontliner” and we are looking forward to hearing more!

Maybe a Winter Of Frontliner to keep us distracted from the miserable weather…? 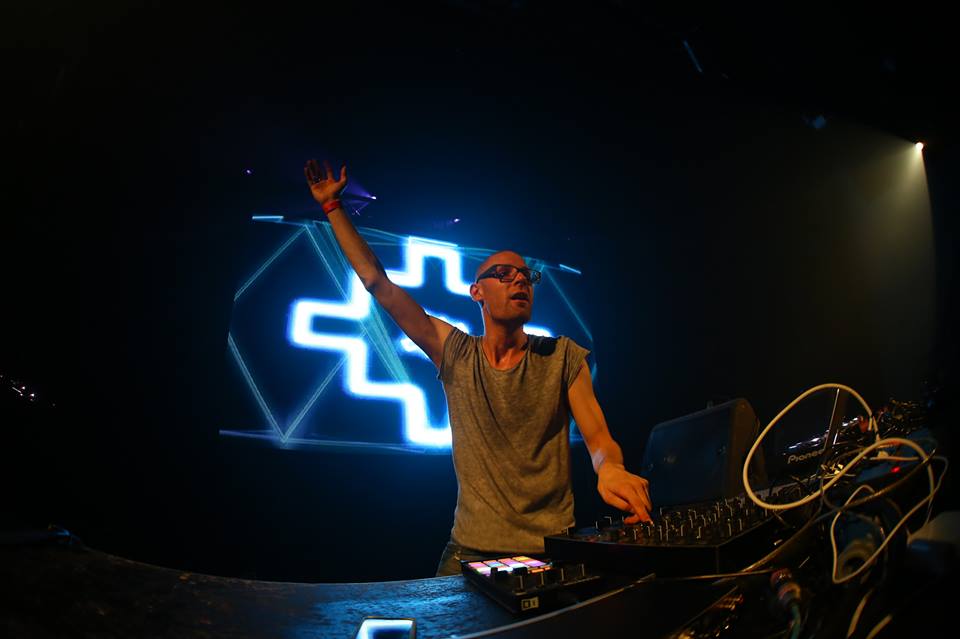