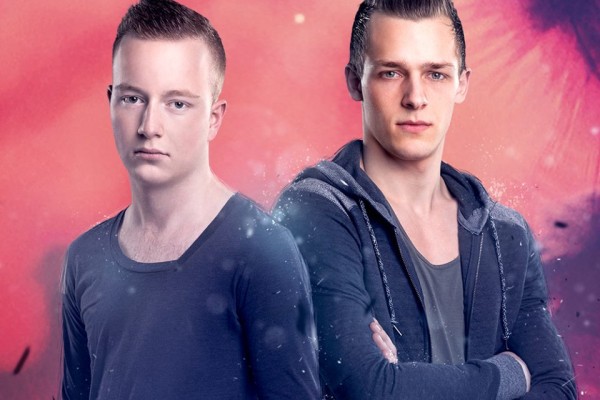 Hailing from Belgium are two young producers, Bavo and Gilles, who thrive on bringing some melodic beats! Currently releasing their music freely, the guys have already built up quite the fanbase in The Netherlands and Belgium and have had the honour to play at some of the most legendary parties this Summer including Intents Festival, The Qontinent and Sunrise Festival. I had the chance to catch up with Unsenses to talk about their DIY approach to social media, some of their goals for the future and some highlights from this year!

Hi guys, first of all how are you going today?
Bavo: I’m doing okay, thanks!
Gilles: I’m good, I still have vacation and don’t have to go to school, so that’s a plus!

For those that aren’t familiar with Unsenses can you tell me a little bit more about yourselves and the duo?
First of all, we’re a hardstyle duo from Belgium and also best friends! We both fell in love with hardstyle around the ages of 10-11 and when we were in high school we met and became friends. When we were about 17 years old we started producing hardstyle together and also mixing, there was such a great atmosphere between us so we kept on going and well, here we are!

Can you tell me about some of your Summer performances and highlights?
Bavo: We’ve had a really great Summer! Other than some smaller parties we had the opportunity to play at Sunrise Festival which was a huge highlight for us. We kicked off the pre-party and it was pretty amazing! Being the first act of the evening, everybody ran from the camping and straight into our tent and although it was only the first hour it was an absolute madhouse!

Gilles: It was the same story with The Qontinent – we opened up one of the stages at the pre-party there which was an epic experience! Other than that we played at Tropical Beats Festival and also Intents Festival which was really special as it was our Dutch debut!

You guys focus on making quite melodic music which is quite rare nowadays when it comes to talents – can you tell me why you focus on these sounds?
To be honest, we never made the conscious decision to produce euphoric music, it just grew that way. For us, melodic hardstyle is the kind of music that brings forward these huge atmospheres that have the ability to give you goosebumps when your producing it and also listening to it. One reason why we particularly love creating euphoric hardstyle is the feeling that you get when you nail the perfect melody, it’s indescribable! Another reason why we love melodic hardstyle is that it’s the music that we grew up listening to and we love the older sounds as well! Raw hardstyle would also be really cool to produce, however it’s just not our thing.

What are your opinions on raw hardstyle?
Gilles: I’m not such a fan of it but Bavo loves it!
Bavo: Yeah, that’s right! I really like raw hardstyle! I go to almost every raw event and I love dancing to it at parties, however I wouldn’t be too keen on producing it.

Which other DJ’s are you closest friends with?
We’re pretty good friends with Hard Driver and also Lowriderz, they live very close to us. We live in a region of Belgium that used to be notorious for Jump and Tek music, so a lot of our friends over here are artists within that scene such as Mark With A K and Akyra.

So, being Belgian do you enjoy Jump and Tek?
Back when we were younger it was the first hard dance music that we heard so of course we liked it, but nowadays the music has changed a lot. The artists who have been around since the beginning are still producing really great music, however some of the upcomers tracks are really lacking in quality. Now it’s also becoming more about Freestyle which is something we also really enjoy – it’s so cool to mix up different styles within sets, it offers diversity and quality.

Being a duo, what are the work dynamics like between you guys?
Gilles: The studio is at my place so Bavo comes over and we can work together, luckily we live really close to each other! As for dynamics, both of us produce together and we also do the podcast together – things work very well between us and the atmosphere is always great.

Your online presence is really professional for an upcoming duo, what’s the importance of looking professional online?
Gilles: I actually study marketing at university so I know the importance of social media presence; I guess I’m really taking my school projects home! I believe that if you’re using online possibilities then you have to make it look professional, otherwise there’s no point. Nowadays, promotion is one of the most important things for a DJ so it’s important to stay organised and put effort into making your social media platforms look good.
Bavo: We take a bit of a DIY approach to our online look – we picked up a lot of things over the years and also from YouTube tutorials and stuff. The visuals in our podcast and small animations are done by us.

Do you guys have any plans to be signed to a label soon?
To be honest, we never really send out our demos to many labels. The most logical choice at the moment would be to try and release some music on Dirty Workz, the office is about 5-10 minutes away by car and the quality of the music on the label is very high so it would be an honour to have our tracks on there! It’s definitely one of our goals for the future!

You also have a podcast called ‘Shock Your Senses’ – what was the idea behind this?
The original idea of the podcast in the first year was to have a simple name, for example ‘January Podcast,’ ‘February Podcast’ and so on. We also had ‘Unsenses Invites’ for a while but now we are under the name ‘Shock Your Senses’ which draws relevance to our name. We hope that you all give it a listen and enjoy our concept! 🙂

If you were stranded on an island what are three essential items you would bring with you?
Our studio! I think that’s more than three items, but oh well…

Can you tell me about some plans for the rest of 2015 – gigs, tracks etc?
At the moment we’re working on 3 new tracks – one will be online next week and the other two are lying around almost finished somewhere! We’re also planning to make a video-clip for one of these new tracks very soon so we will go into the city and shoot that. As for bookings, we have around 5-7 local gigs scheduled in the coming months and we are also quite busy working on our notorious birthday bash, so there’s a lot of work to make that happen. It’s our yearly ritual!

Where do you guys hope to be career-wise in a few years?
That’s a difficult question… In the scene we are in it’s very hard to stand out seeing as there’s a lot of great talent around. One of our biggest goals is to get one of our tracks released on Dirty Workz and we also have dreams to play in the Sportpaleis in Antwerp, that venue is amazing!

Finally, what did you eat for breakfast?
Gilles: Nothing…
Bavo: I also ate nothing… Oops!

Thanks to Gilles and Bavo for chatting to us! We wish Unsenses the very best for the remainder of 2015 and we’re sure that we will be hearing a lot more from these guys in the future! 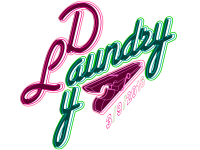 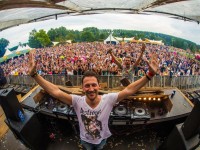 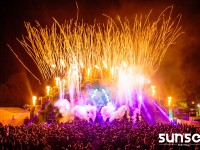